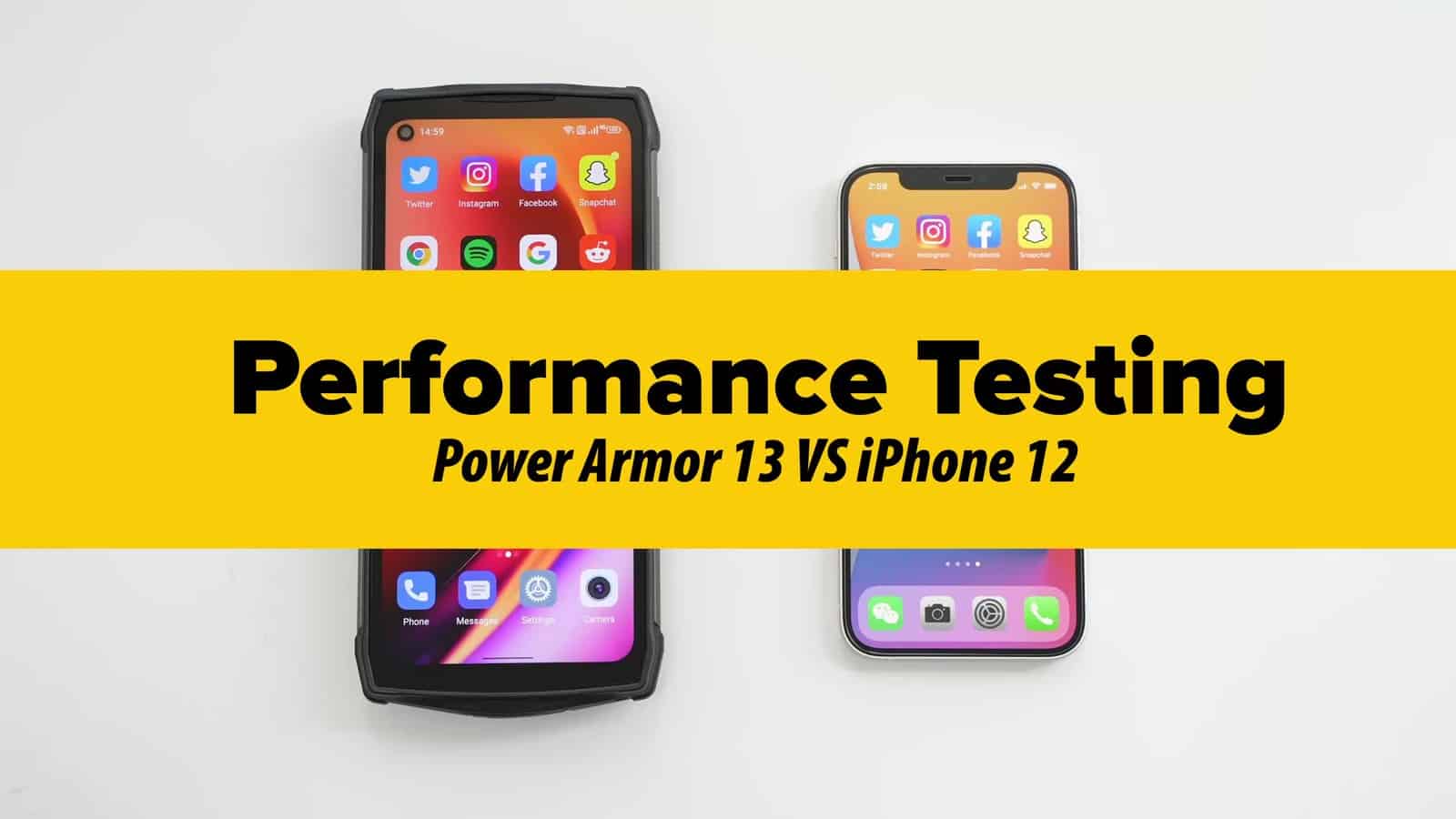 In the performance video, which is embedded below, you can see the two devices go head-to-head. Ulefone tested these two phones in several categories. First, Ulefone compared app opening speed, and following that, it conducted a gaming test.

You can clearly see that the Ulefone Power Armor 13 is not exactly lacking here. It managed to keep up with the iPhone 12 throughout the test, without a problem.

The second video will allow you to peek inside the Ulefone Power Armor 13. It shows that the device should not be that difficult to repair, which is usually the case with Ulefone’s smartphones.

First, you’ll need to remove the SIM tray, which is placed in the upper left side of the device. Then, once you remove the back cover, you’ll notice a waterproof rubber ring. The speaker is also waterproof, by the way.

You’ll also notice a wireless charging coil here, and an NFC chip as well. One of the most interesting components you’ll find inside this phone is its huge battery. This phone packs in a 13,200mAh battery pack on the inside.

Ulefone also included a copper tube for heat dissipation, a superconducting silica gel cooling sheet, and more. If you’d like to check out the whole teardown, the video is included above.

The Ulefone Power Armor 13 is on sale as we speak. You can get it for $329.99 at the moment. If you’re interested, hit the link down below which will navigate you directly to Ulefone’s AliExpress store.