The new Galaxy Buds 2 are comfortable, sound great and won't break the bank.

Samsung provided AndroidHeadlines with a pair of Lavender Galaxy Buds 2 ahead of Unpacked.

Samsung has just announced its newest pair of earbuds, the Galaxy Buds 2. And we’ve spent nearly a week with them already. After that time, I can comfortably say (pun intended) that these are the most comfortable earbuds I’ve ever used.

In our briefing with Samsung, the company spent a ton of time talking about how comfortable the Galaxy Buds 2 were. And typically when a company spends that much time talking about one specific part of a product, it’s usually a let down. We’ve seen that many times with different companies and products. But that is not the case with the Galaxy Buds 2.

At first, I didn’t agree with Samsung. But that was my fault. I did not switch up the eartips and kept in the “Medium” that were on by default. Those were obviously too big for my ears. I switched to the “small” eartips and it made a huge difference. They weren’t from being pretty uncomfortable, to being the most comfortable. So when Samsung says that these are super comfortable, they mean it.

How was Samsung able to make them so comfortable?

There’s a couple of things that Samsung did here to make the Galaxy Buds 2 even more comfortable. The biggest thing is actually the smallest thing. Which is the size. The Buds 2 are smaller than any other pair of truly wireless earbuds Samsung has made so far. Which allows them to fit in your ear really nicely. 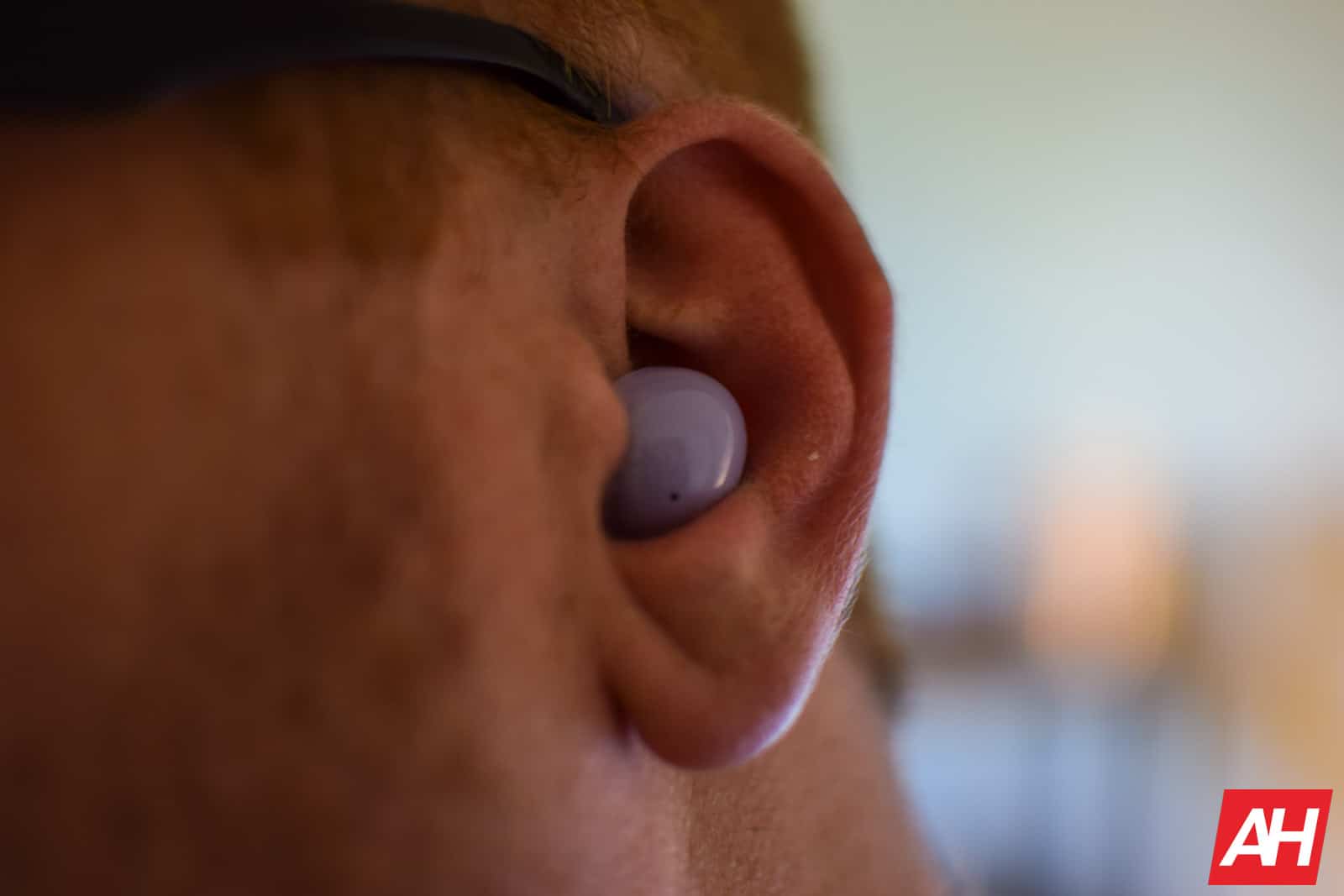 Not only are they small, they are also incredibly light. So you can leave them in your ears without worrying about them falling out.

Samsung also developed an “earbud fit test” in the Galaxy Wearable app. And that needs to be the first thing you do after pairing your new Galaxy Buds 2. As it does make a huge difference in the comfort level that the Galaxy Buds 2 will offer.

What about the sound quality?

The sound quality here on the Galaxy Buds 2 is also really impressive. The sound is nice and full, it’s very punchy with a good amount of bass. And this is out of the box, without adjusting the EQ. Which you can do in the Galaxy Wearable app.

Samsung was able to accomplish this great sound from such small earbuds from the dynamic two-way speaker. Which can deliver crisp audio, with a deep bass. Not to mention it also has active noise cancellation. Which is also quite impressive for the size.

Speaking of the ANC, it is also quite good here. Samsung does say that it can block out up to 98% of background noise. In our week of testing, we found that to be pretty accurate. It did cut out just about everything around me. Though I kept it on Ambient Sound most of the time, so I can hear when someone is trying to get my attention, or when I’m walking down the street so I could hear cars.

Battery life is okay, not impressive though

One feature that we desperately want truly wireless earbuds to improve on is battery life. Companies will hype up the battery life number, as the total number of hours it can last with the charging case. Which is false advertising in our opinion.

But what we noticed in the briefing with Samsung was, there was no claim about battery life. Usually that means that the battery life is pretty poor. So poor that a company doesn’t want to acknowledge it.

We were pleasantly surprised. On the box, it does note “5-20 hours of play time”. Basically what that means is five hours of continuous playback and up to 20 hours with the charging case. That’s pretty respectable. Especially at this price point – around $150.

In our week of testing, we found that it does last right around that five hour mark. However, depending on your settings, and what you’re listening too, you may get more or less. Without ANC on, you can get closer to seven or eight hours on a charge.

Works best on a Samsung phone

This is typically true for a pair of Samsung earbuds, but even more so with the Galaxy Buds 2. I couldn’t even get them to work in the Galaxy Wearable app on the Pixel 5. This is most likely because the Galaxy Buds 2 were not yet released and therefore the plugin was not included in the Play Store version of the app. 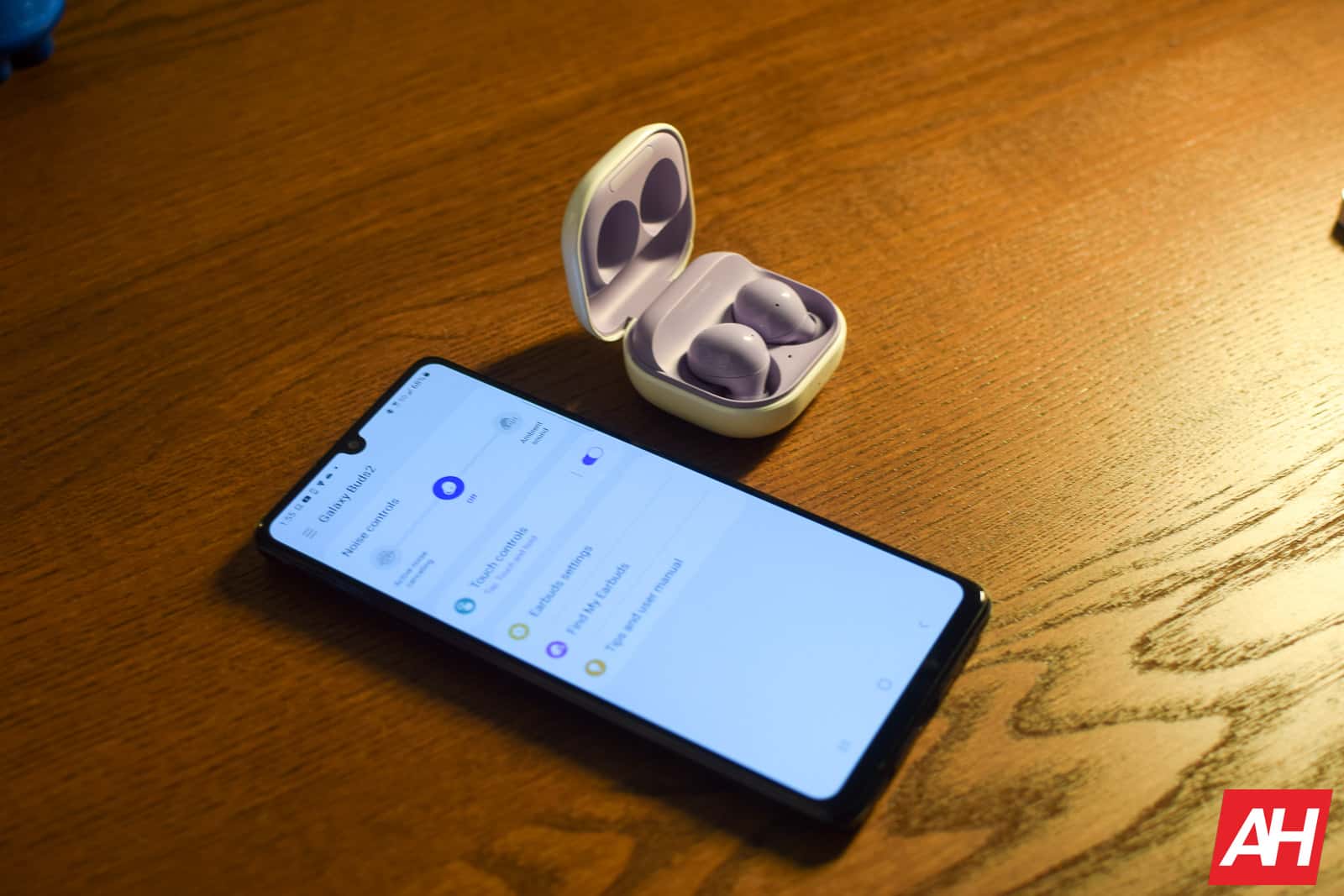 So we used the Galaxy Buds 2 with a Galaxy A42 smartphone. And as usual, you’re going to get the best experience on a Samsung smartphone. The features do work on other Android smartphones, but it is not as great.

It’s worth mentioning that it only works with Android. While you can use the Galaxy Buds 2 on the iPhone, it will only function as a Bluetooth headset. Similar to how AirPods work on Android.

Should I buy the Galaxy Buds 2?

For the price, the Galaxy Buds 2 are really impressive. Offering Active Noise Cancellation, Ambient Sound, incredible audio quality, up to five hours of continuous playback all for just $150.

That’s one of the cheaper pairs of truly wireless earbuds on the market. Unless you’re looking at some of these other bargain brands, that offer a lot less. At $150, we believe that you are getting a really good trade-off for the money you are spending. And hey, if you pre-order the Galaxy Z Flip 3 or Fold 3, you can get the Galaxy Buds 2 free with your Samsung credit!