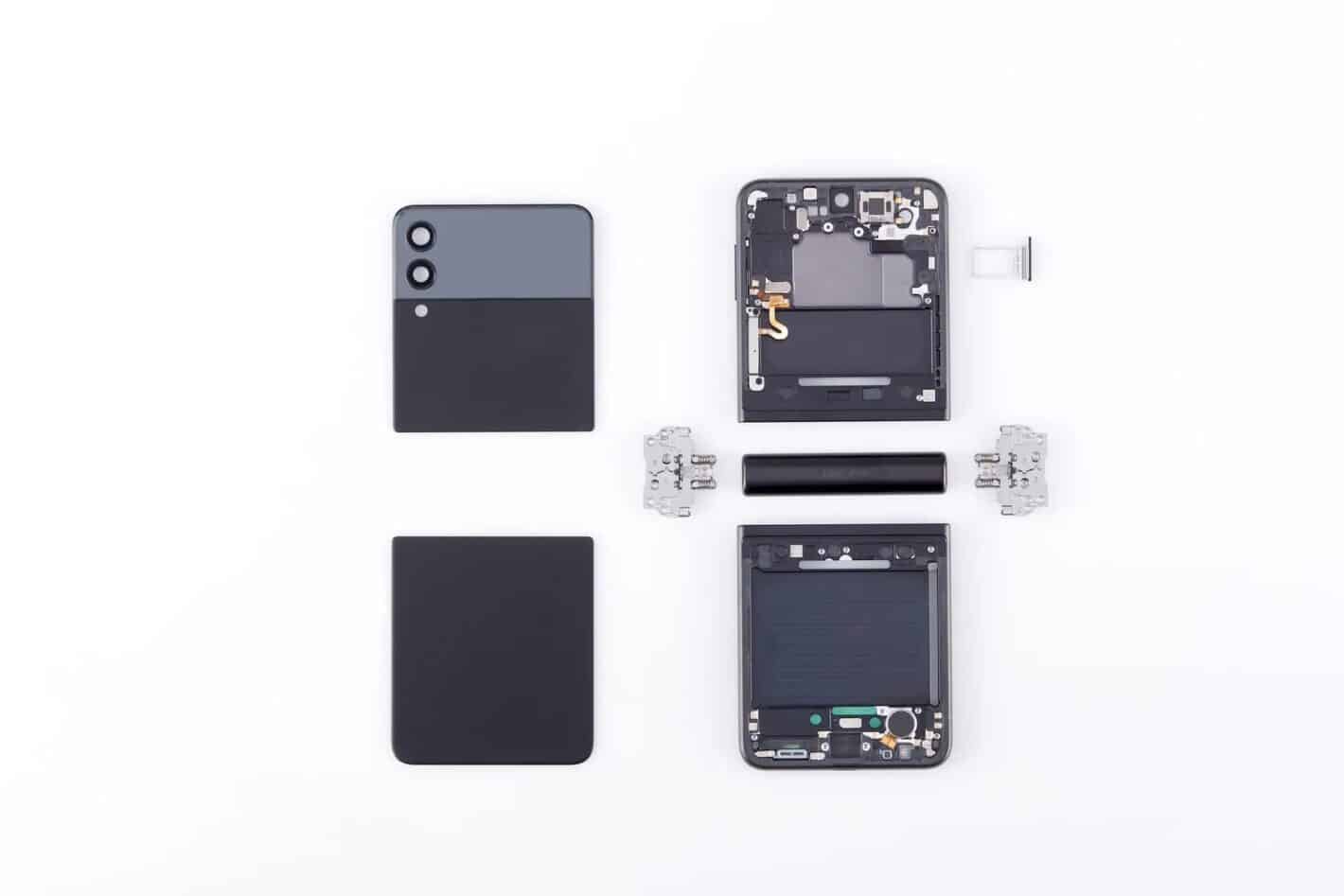 Samsung has made an astounding number of durability improvements to the new Galaxy Z Fold and Z Flip 3 series foldable smartphones. And the company was kind enough to provide a deeper explanation of those changes too, according to a recent report from The Verge.

The changes, of course, go well beyond those explained during either device’s announcement. More than a little work on Samsung’s part was required to achieve readiness for an S Pen or waterproofing. But the Samsung Galaxy Z Fold 3 does support a specialized S Pen anyway. And both handsets have an IPX8 rating.

The task was, according to Samsung, not an easy one. There are a lot of moving parts to consider on the one hand. Making protecting against water damage more complicated than a standard smartphone. The display technology does more than just flex and fold. It also needs to stretch a small amount to complete those tasks. And the frame also needs to be improved in terms of rigidity. Which in turn helps make other improvements possible, while also making the smartphone itself sturdier. 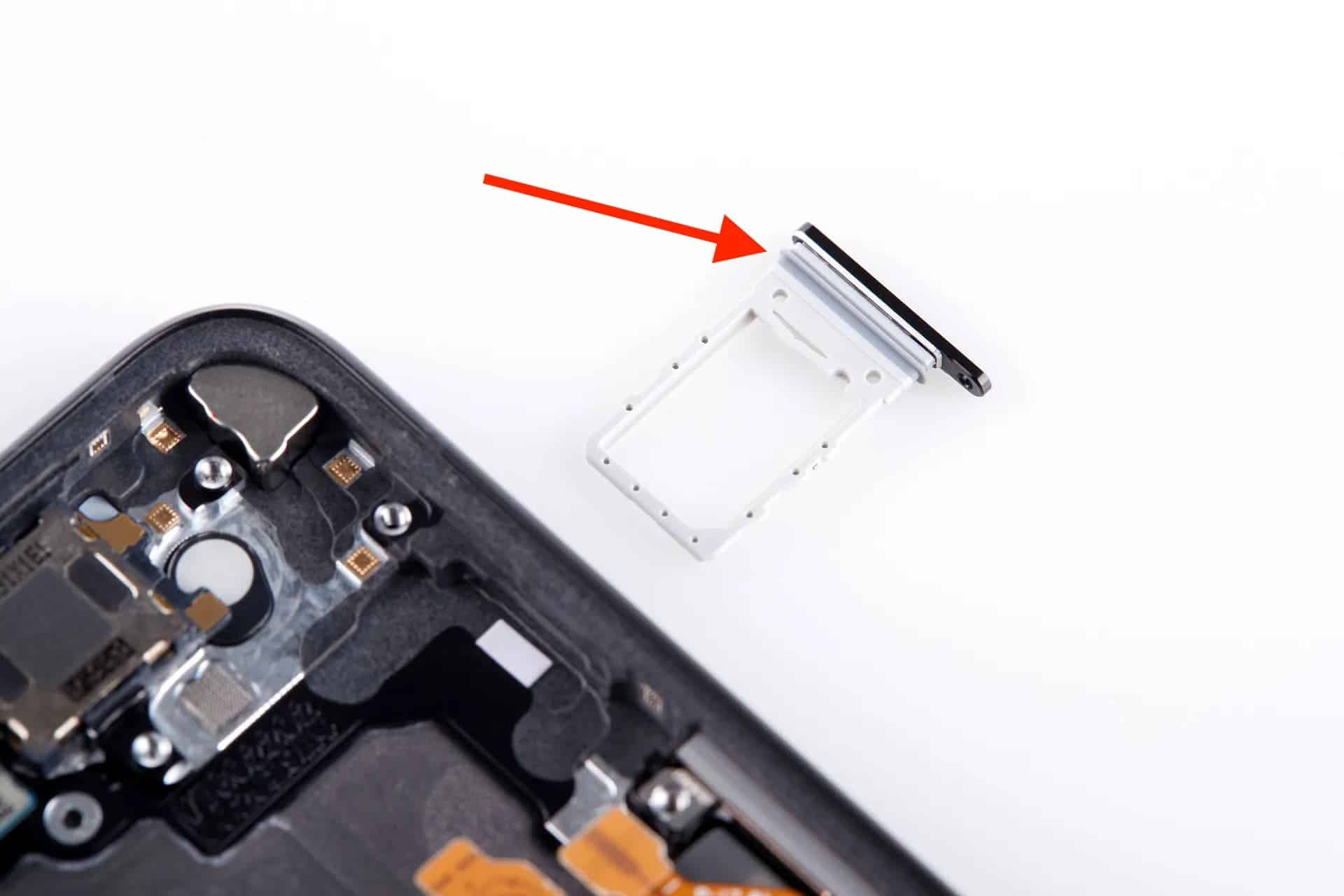 Now, plenty of Samsung’s solutions for preventing water damage to the Galaxy Z Fold and Z Flip 3 series followed traditional methods. So users will find the same rubber gaskets and seals on this phone as on the Samsung Galaxy S21 series. For example, the gasket around the SIM drawer and other preventative measures used for ports and speakers.

That means that those parts of the phone are, all told, as water-resistant as that other phone too.

What improvements did Samsung make to improve hinge durability and waterproofing? 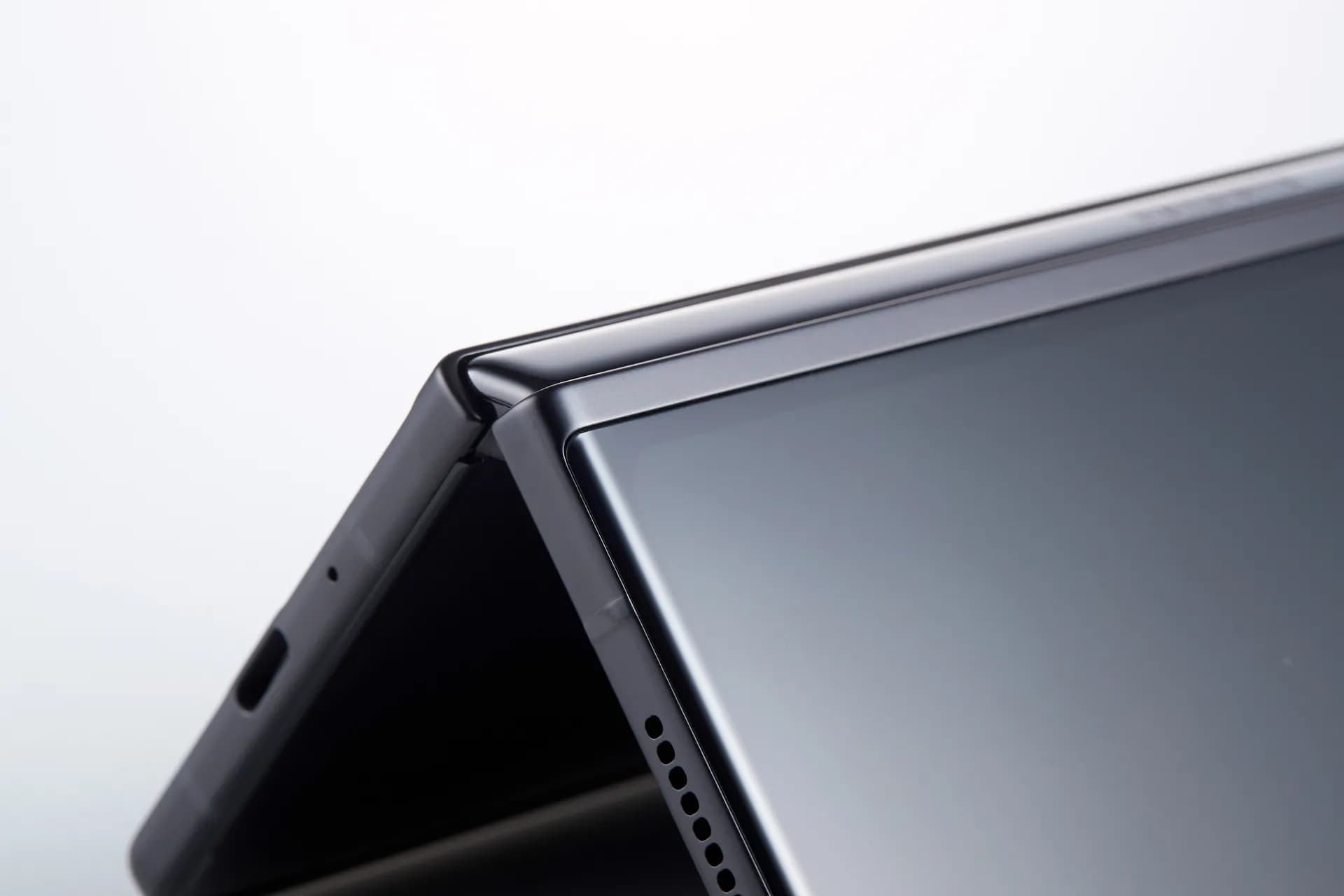 The hinges conversely, could not be sealed off entirely. For dust protection — although this phone doesn’t have an IP rating for that — Samsung stuck to the basics. That is to say, it’s using a similar, if improved, solution to that found on previous folding handsets it’s built. That meant using brushes within the hinge mechanism itself.

Samsung cuts those down to fit within a space measuring less than a millimeter in width. And they’re made of nylon, which Samsung settled on after testing both carbon fiber and PET.

For water, the company opted for a more novel solution. Namely, according to Samsung principal engineer Hee-cheul Moon, using a specially developed lubricant. That lubricant adheres well to the “all of the small components” in the foldable, the engineer notes. And it will eventually wear off — after around 200,000 folds, according to the company. But the lubricant does stop liquids from penetrating through. Enabling it to withstand IPX8 testing, at up to 30 minutes immersed in 1.5 meters — roughly 4.92 feet — of water.

How did Samsung improve the screen for the Galaxy Z 3 series? 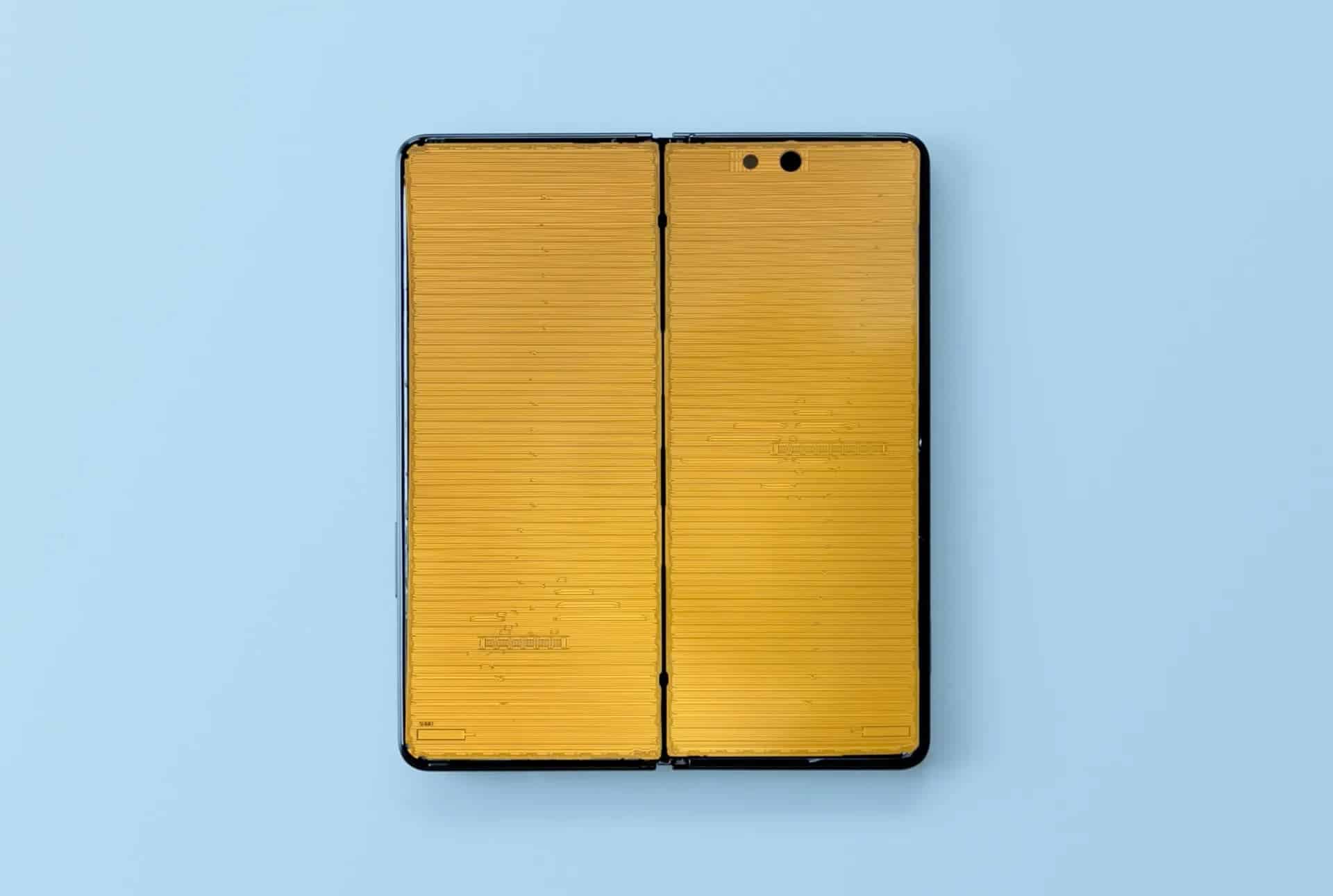 Now, to begin with, Samsung likely utilized a lot of the same improvements for both the Galaxy Z Fold 3 and the Galaxy Z Flip 3. But the former of those Galaxy Z 3-branded foldable smartphones needed an extra durability boost. Specifically to support the use of an S Pen. And that’s well beyond the improvements made in the brand new S Pen Fold Edition.

Samsung started by using five layers for the display. At least that’s the case on the S Pen-compatible Samsung Galaxy Z Fold 3. There are four layers on the Z Flip 3. The Galaxy Z Fold 3 adds an additional layer, with two Wacom digitizers atop the OLED display panel, split between the two folding halves. The next layer is Samsung’s flexible Ultra-Thin Glass. And then a protective polymer layer.

Samsung wrapped the display panel in stretchable PET material, too. That, like previous iterations, shouldn’t be removed by users. But it won’t feel as plastic-like as previous generations either. It won’t feel too much different from plastic film screen protectors, in fact. That’s according to a senior professional of Samsung’s Flagship Production Planning Grou, Byeng-seok Choi.

It will also do a better job of preventing “marks” of fingerprints than previous materials. As well as scratches and dents, according to the Samsung representative.

Additionally, for the Samsung Galaxy Z Fold 3 and Galaxy Z Flip 3, the panel itself is approximately 80-percent stronger in terms of durability.

To make the S Pen work better with the Samsung Galaxy Z Fold 3, the company also required an extra step. Namely, it created a new algorithm that calculates the stylus tip position using data from both Wacom digitizers. And that handles pen positioning for the gap between those digitizers. Specifically, directly on the fold. With the operating system effectively handling both screens as a single unit.

Finally, Samsung needed to complete some waterproofing work for the displays on both devices. That’s because the displays actually need to float slightly above the frame to flex. And Samsung approached that by allowing water to flow between the screen and the phones, as well as the hinge. With the latter of those components protected by the lubricant outlined above.

The displays themselves are sealed using an adhesive Samsung is referring to as “pressure-sensitive adhesive,” which lets the water flow through as noted. But without lingering or getting into the important parts.

What about the rest of the handset? 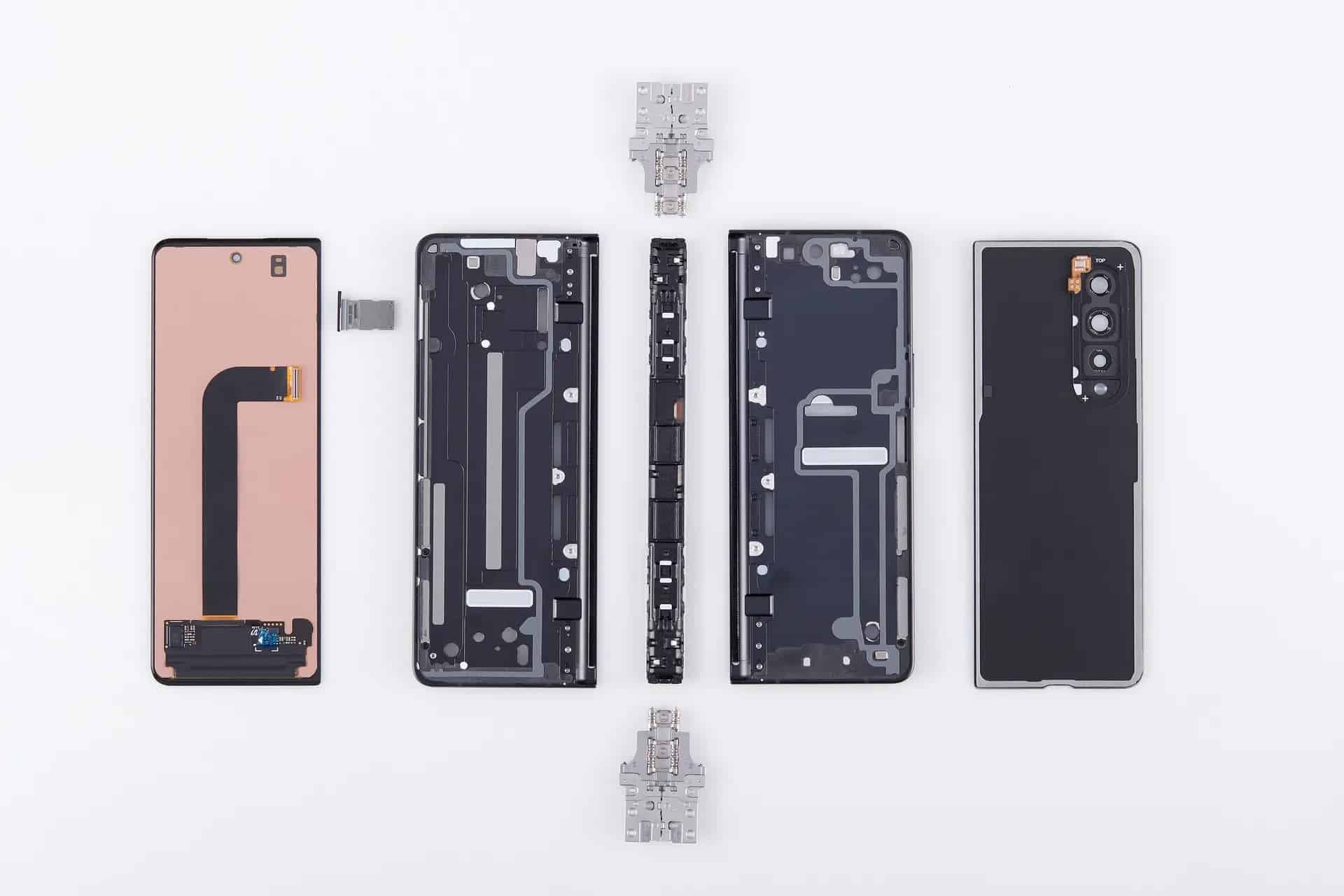 As noted already, Samsung allows water and liquids to freely move around in the phone. So it also needed to develop a solution for that. Both for the primary components and for the wiring. And the solution couldn’t be more straightforward. In a few words, Samsung is using double-sided tape and specially-created gaskets.

On the former front, Samsung utilizes double-sided tape that allows the screen to move as it needs to. All while keeping components inside dry. The solution works primarily because of how thick the tape is, giving it just enough wiggle to work.

For the wires, Samsung is effectively molding gaskets on the wires. And its solution does that while they’re already in place with a solution it dubs “cured in place gaskets.”

Those allow the wires to move in any direction as needed during normal use. At least compared to typical gaskets. Samsung says it starts as a fluid or liquid when it’s “dispensed,” creating a watertight seal. But, according to Hee-cheul Moon, it cures into a solid when exposed to air. Essentially wrapping the ribbons and connectors in waterproofing.

Finally, Samsung built the devices, from the hinges through the frames, from a new material that’s more rigid than “aerospace-grade” aluminum. Or, more accurately, 7000 series aluminum.

Samsung calls its patented material Armor Aluminum. And that’s stronger by “10 percent or more,” according to principal designer Sung-ho Cho. Although Samsung understandably isn’t divulging exactly what metals and materials are used to create it. Or what it’s comparing that to, specifically. Presumably, that’s as compared to aerospace-grade aluminum.

And, in fact, the company reportedly showcased a brief demonstration where the metal was compared to aerospace-grade aluminum. And, its Armor Aluminum was able to withstand damage better in that demo. Resulting in smaller dents and dings in the material.

That rigidity, coupled with the low weight of the material, does a great job of reinforcing the frame of the Galaxy Z Fold 3 and Galaxy Z Flip 3. And the hinges of the two devices. Samsung plans on using it in more devices in the future as well. But it serves an even more important purpose on these new flagships.

Namely, Armor Aluminum in the frame prevents extra flex and movement when the smartphones are dropped. And that, in turn, helps protect the thinner, more fragile glass used in the foldable displays. Acting as a kind of “shock absorber” to keep cracks and damage at bay, according to Sung-ho Cho.

The solutions also create their own set of problems

Of course, all of the extra adhesives, “cured in place gaskets,” double-sided tape, and more do cause a secondary problem. At least, that’s going to be a problem for those who hope to be able to repair their own smartphones. Or to take it to a third-party shop for repair. And that’s because adhesives are typically central to repair issues on standard smartphones. Generally, users or shops need to replace those once the phone is ready to go back together.

Samsung is utilizing specialized, in-house materials, in addition to more standard materials. And there’s no guarantee any phone repair shops will be able to get their hands on those.

Samsung’s solution to that is, of course, to offer extended after-care options. Including extended warranties for its Galaxy Z Fold and Z Flip 3 phones. That’s as part of its Samsung Care+ plan, available via the company’s website. And it will no doubt be vital for buyers to pick that plan up too. Especially since the Samsung Galaxy Z Fold 3 and Z Flip 3 start at MSRPs of $1799.99 and $999.99, respectively.

The plan covers cracked screens, repaired for $249, according to the company’s website. It also covers accidental damage from drops or spills. And adds the above-mention warranty extension for manufacturer defects. With service fees reduced to between $99 and $249 for repairs that would cost the consumer money. And despite the cost of those, that’s definitely a good thing for consumers. As opposed to paying full price for a new device or for repairs. 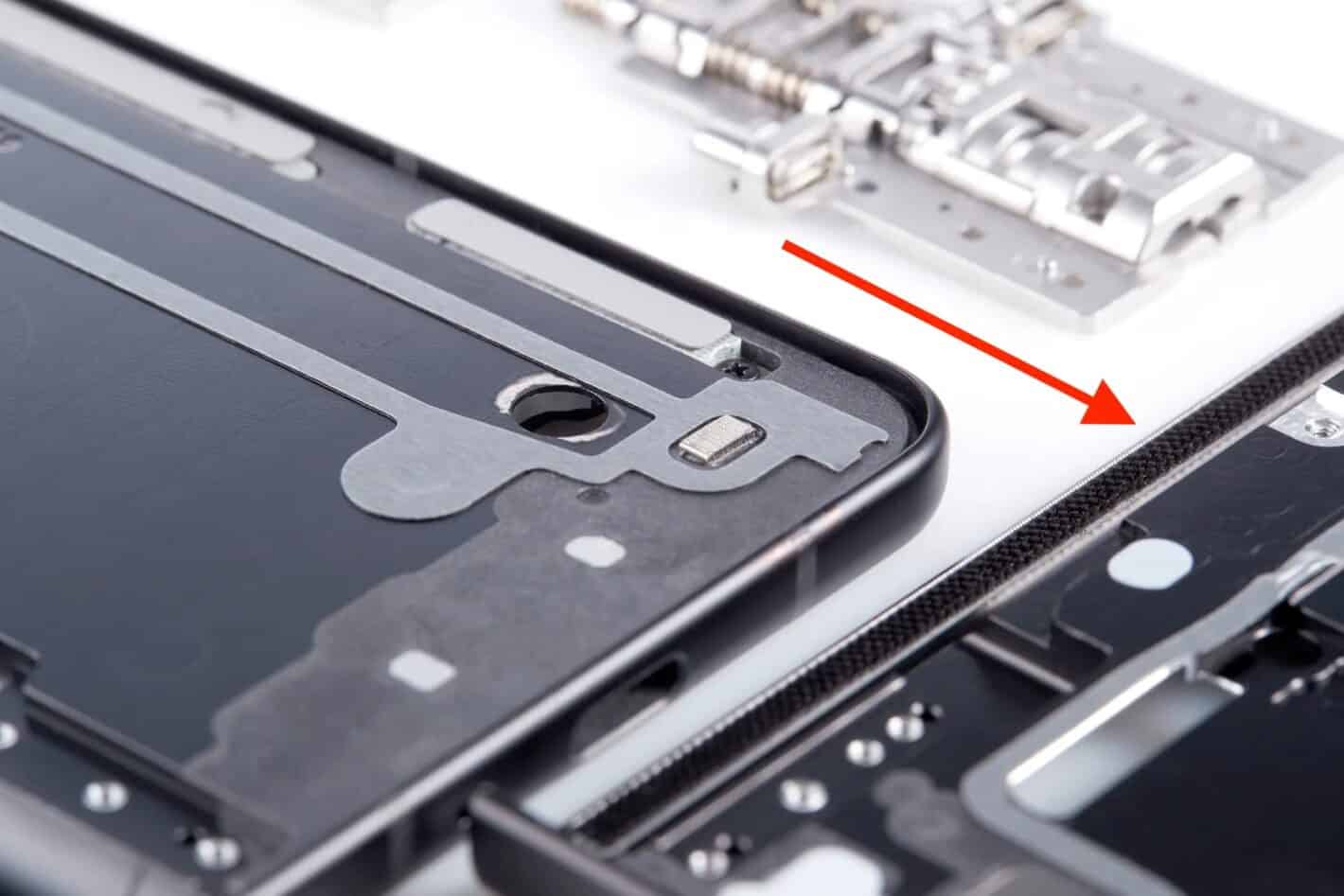 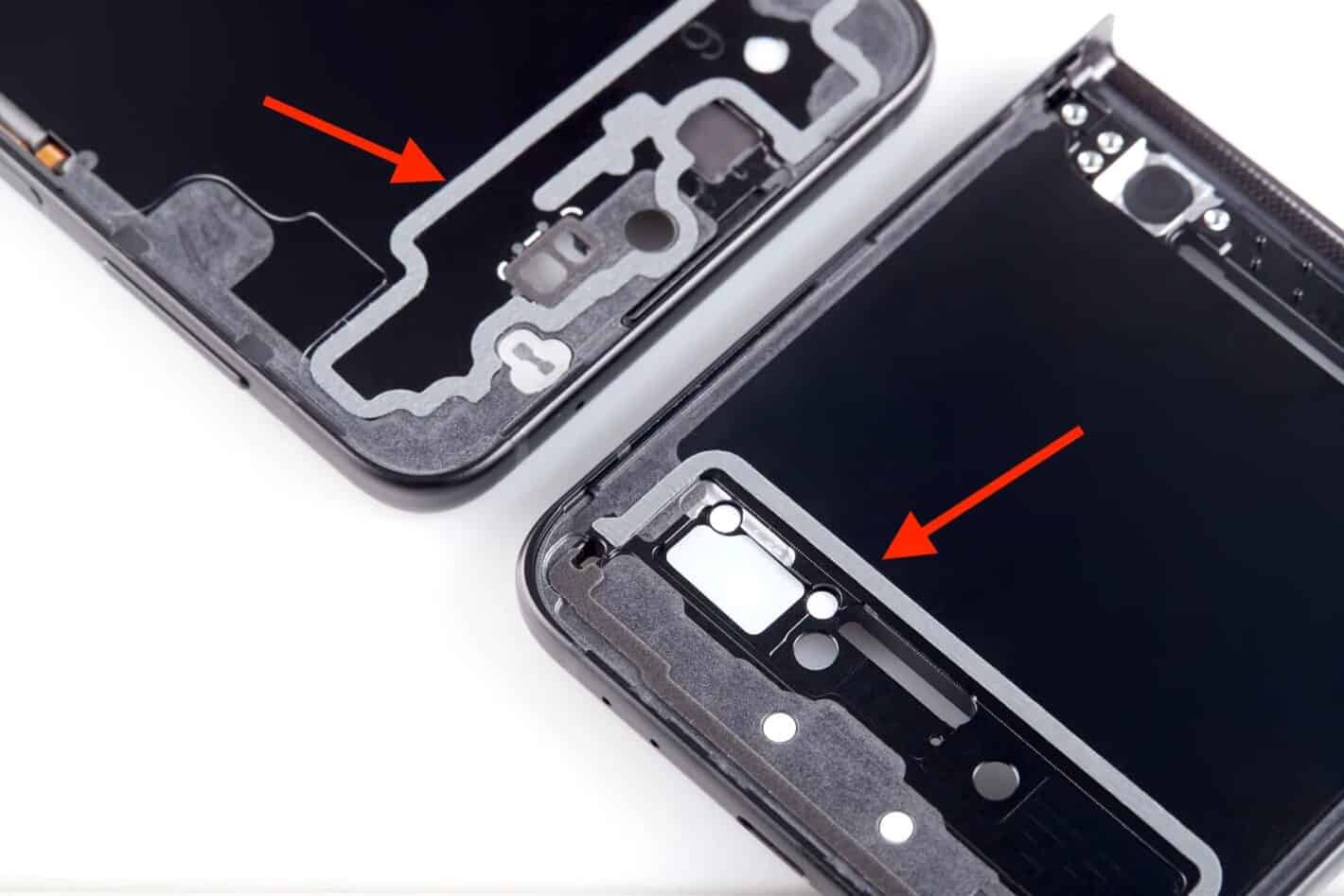 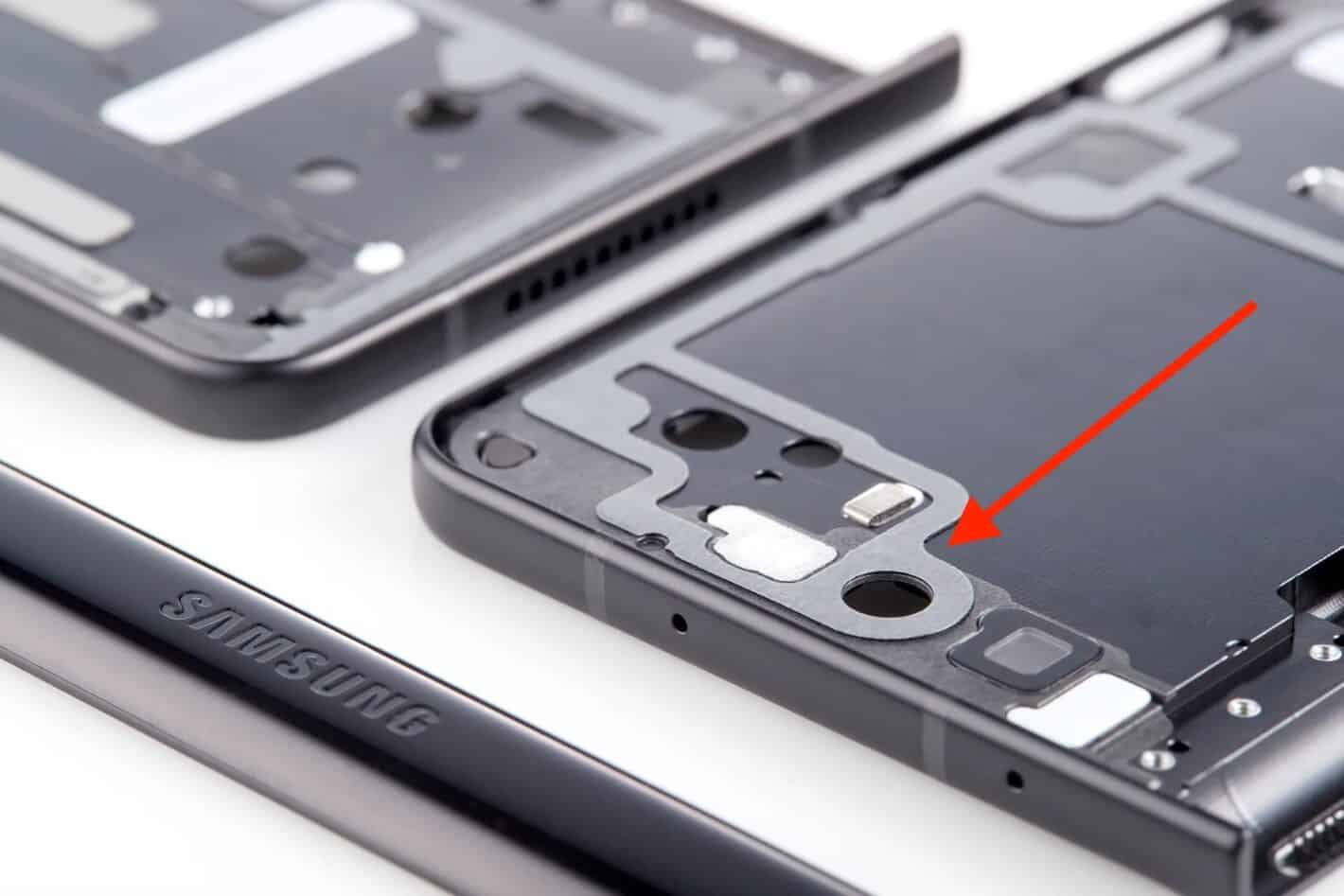 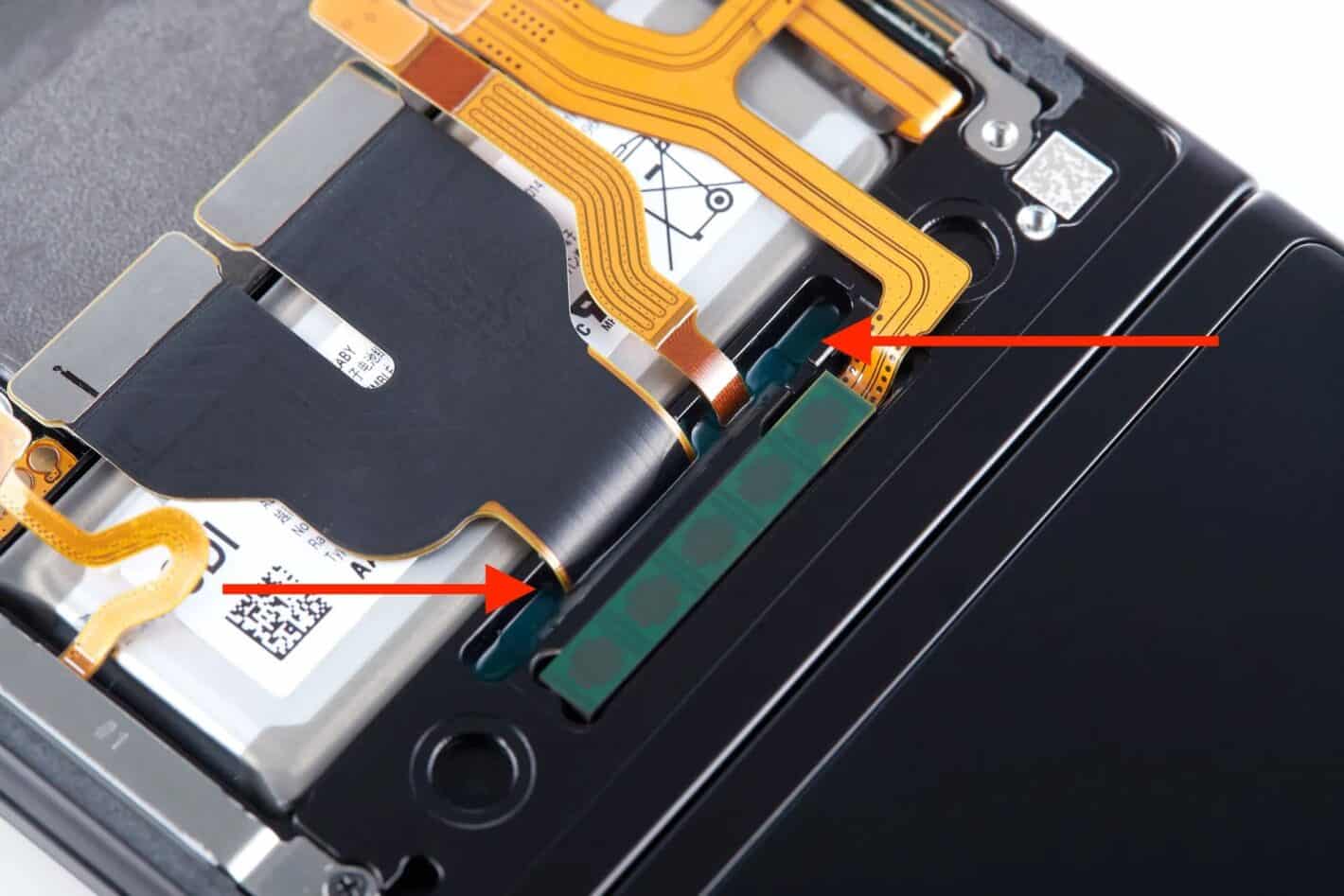 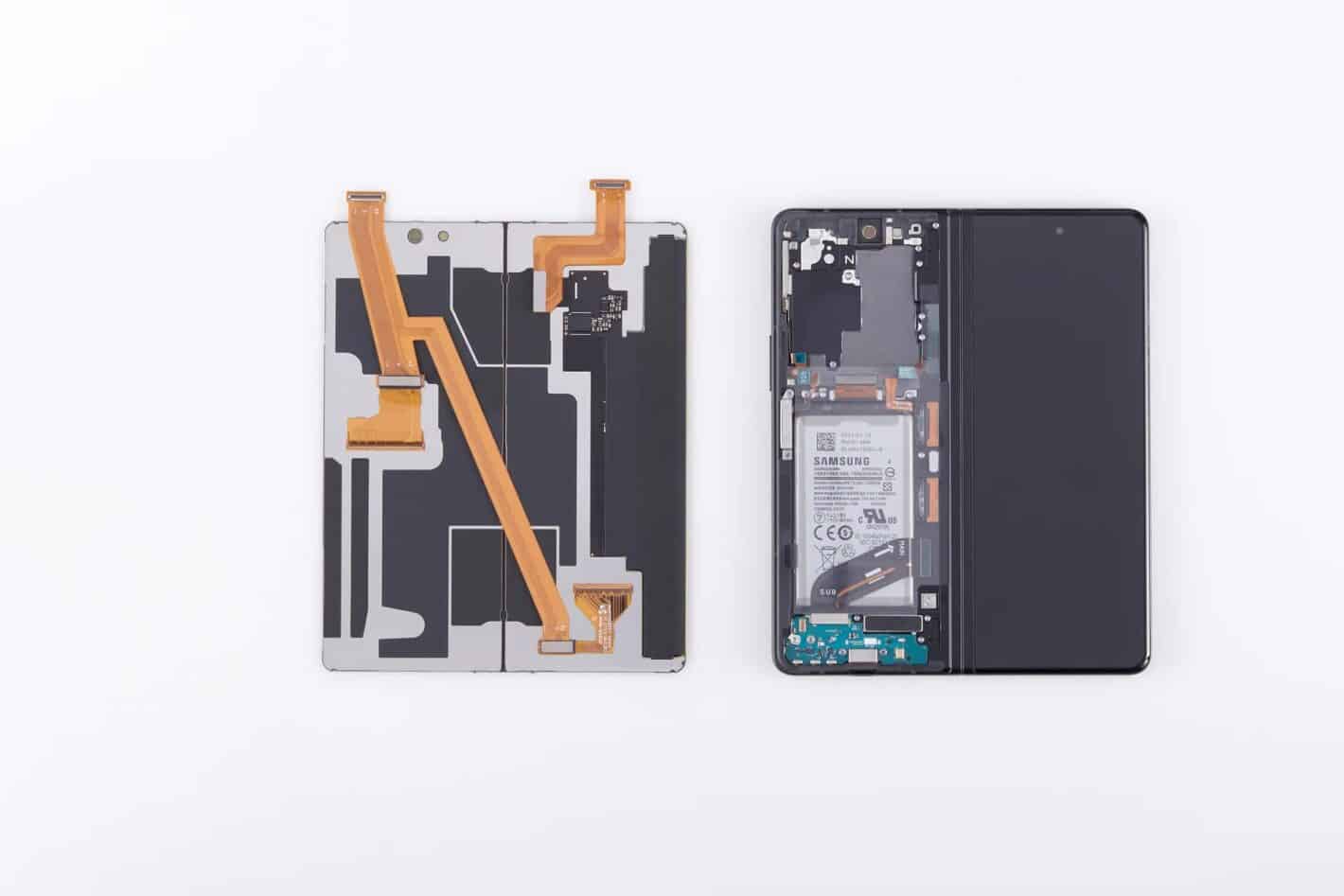 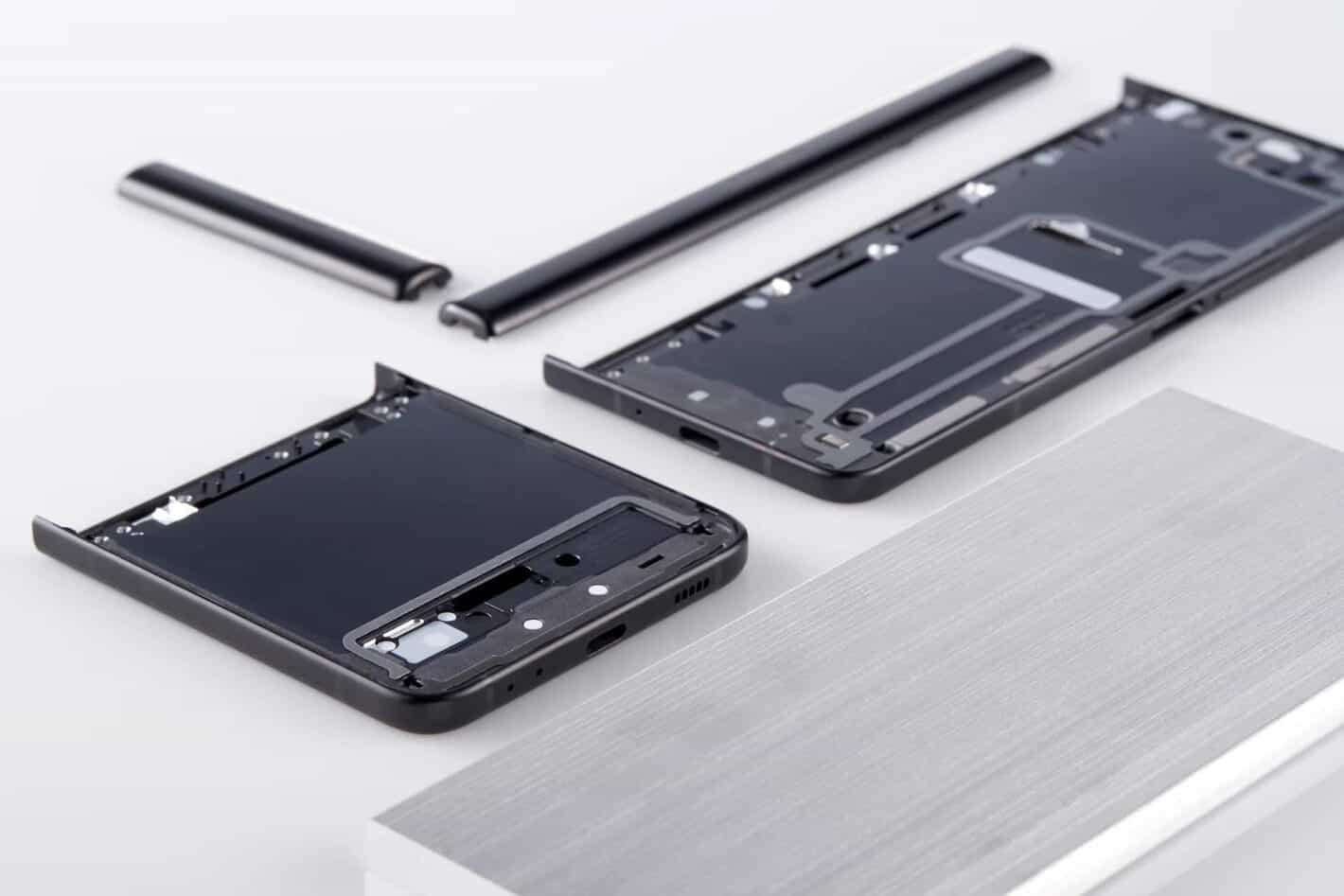 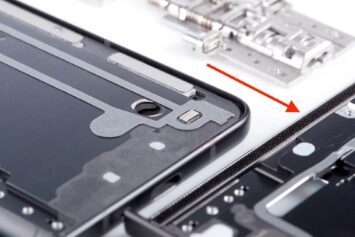 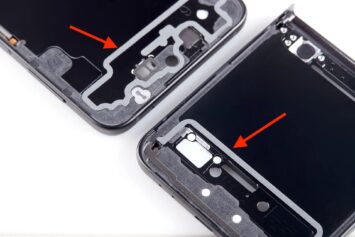 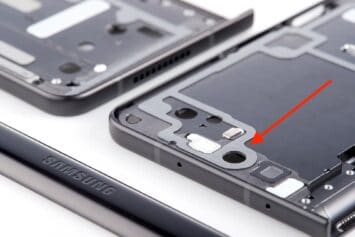 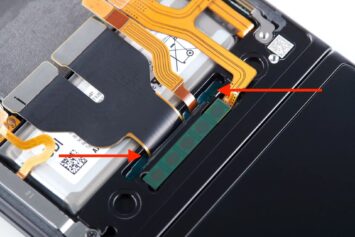 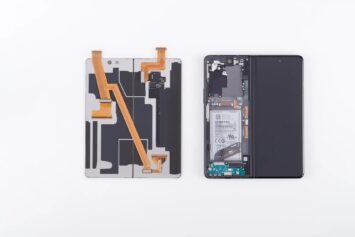 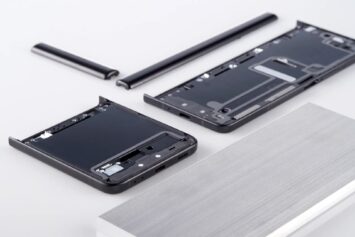