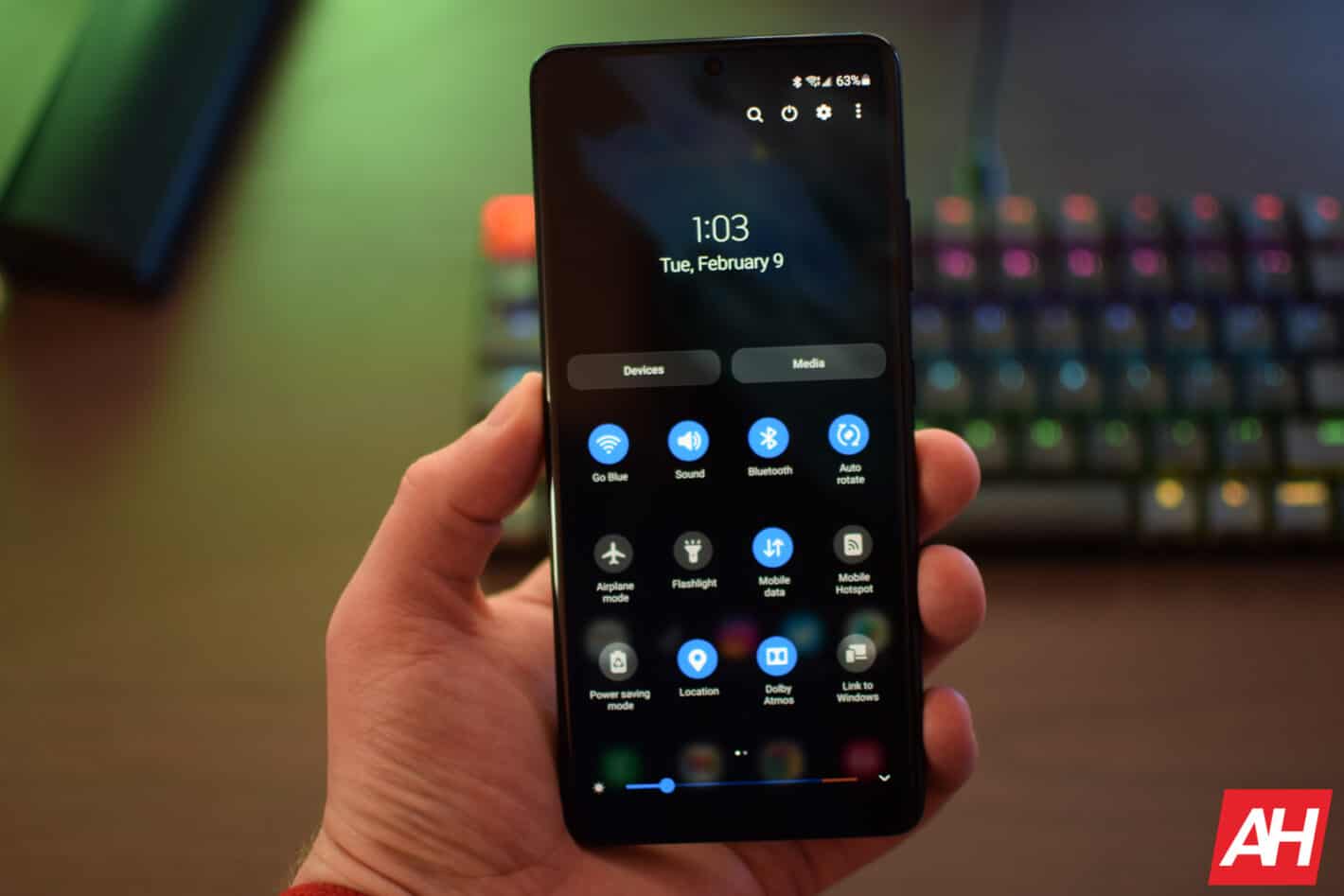 Samsung will open the Android 12-based One UI 4.0 beta program this month, the company has confirmed via a community forum post. As expected, the program will be first open to the users of the Galaxy S21 flagship series. All three models, the Galaxy S21, S21+, and S21 Ultra will be eligible for the program. This includes both carrier versions of the phones as well as unlocked units.

Samsung had previously teased One UI 4.0 beta for the Galaxy S21 series late in July saying it is “coming soon”. But around that time, we didn’t have a timeframe. Well, we still don’t have an exact date but a Beta Operations Manager on Samsung’s South Korean forums confirmed that One UI 4.0 beta will begin in September. The Galaxy S21 Ultra was even spotted on benchmarking platform Geekbench running Android 12 a couple of weeks back. So it’s quite evident that a public beta isn’t too far away.

While the post was made in South Korea, the beta program should also open for the Galaxy S21 series in other regions around the same time. If history is any indication, the US should follow South Korea pretty soon. You can also expect other Galaxy flagships as well as select mid-rangers to join the program subsequently. Keep checking the official Samsung community forum for more information about the availability of One UI 4.0 beta for your device in your country.

Samsung will open One UI 4.0 beta for the Galaxy S21 series this month

Android 12 could go official soon. Google’s Pixel phones will be the first to get the stable build of the latest iteration of the Android OS. But Samsung users will not have to wait much longer either, it seems. The Korean firm wasn’t as quick when it comes to Android updates earlier but we all know how it has improved its software game recently. Last year, the first Android 11 public beta didn’t arrive until October. So Android 12 will be coming to Samsung phones at least a week earlier this year.

One UI 4.0 will introduce a visual refresh with new icons and color schemes. It will also pack all the goodies that are part and parcel of Google’s Android 12. You can expect several add-ons from Samsung as well. We are expecting improved stock apps among other things. We will know for sure once the beta program for the Galaxy S21 series goes live. Stay tuned for the official launch date. 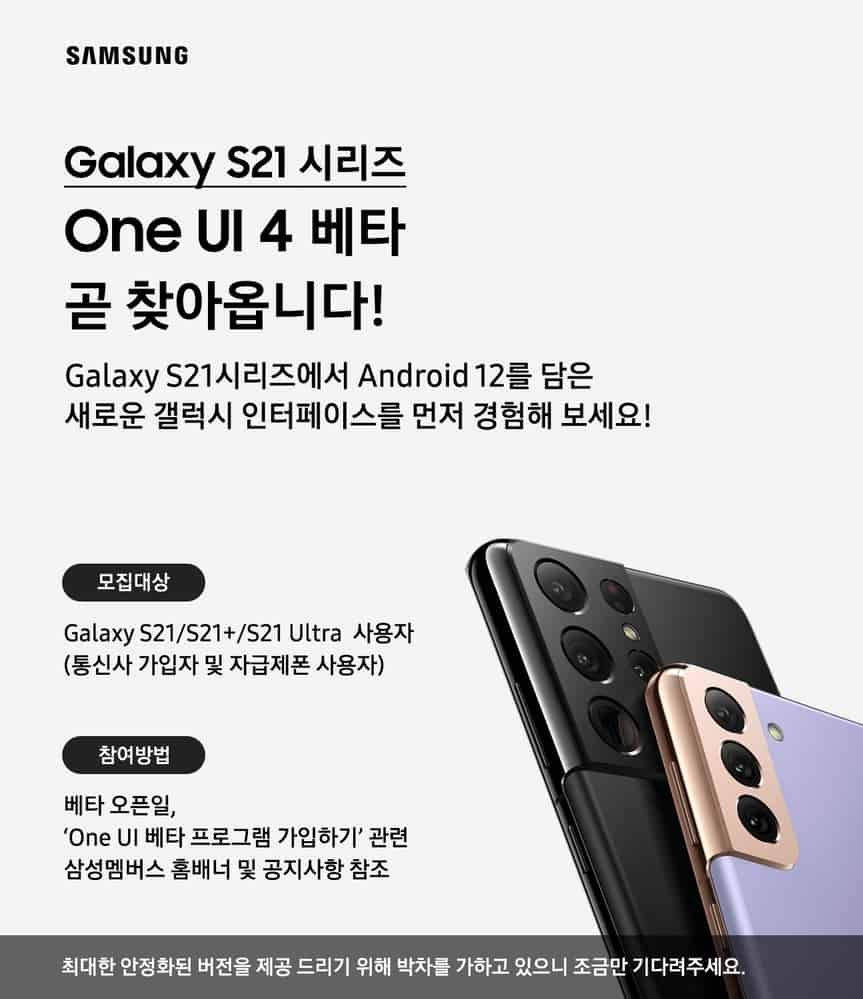