Samsung has a big launch event scheduled for tomorrow, i.e. August 11th, where it will announce a bunch of new products including a couple of foldables. The event was also previously expected to see the unveiling of an affordable Galaxy flagship in the form of Galaxy S21 FE (Fan Edition). However, it has now been delayed to October because of reasons best known to Samsung. And while we are yet to hear an official word regarding this phone, someone at the company’s camp seems to have pulled the trigger prematurely as the handset has just appeared in an official promo.

Samsung’s official Instagram handle recently posted a back-to-school ad promoting some of its devices. “What’s in your backpack for #BackToSchool? Get up to speed fast with the right tools for school,” the caption read. The accompanying image contained what looks like the Galaxy Book laptop, Galaxy Buds Pro earphones, and the Galaxy S21 FE.

The image shows the handset in a purple avatar, which is one of the color variants the Galaxy S21 FE is said to come. It can’t be the regular Galaxy S21 or the S21+ because the rear camera bump color matches the rest of the back panel. Moreover, Samsung has now deleted the Instagram post. This is a strong indication that the device that we can see in the attached image below (and above) is indeed the Galaxy S21 FE.

Perhaps this Instagram post was supposed to feature either the vanilla Galaxy S21 or the S21+. However, it appears someone in Samsung’s social media and marketing team mistakenly used an image of the Galaxy S21 FE instead.

Galaxy S21 FE is shaping up to be a compelling proposition

Like most other upcoming Samsung products, the Galaxy S21 FE has also been subject to extensive leaks in the past. And the leaked specs suggest we are in for another compelling Fan Edition device from Samsung. It will feature a 6.5-inch Super AMOLED display with Full HD+ resolution and a 120Hz refresh rate. Under the hood will be Qualcomm’s Snapdragon 888 or Samsung’s own Exynos 2100 chipset, depending on the market. The Korean firm will likely pair the SoC with 8GB of RAM and up to 256GB of internal storage.

Other key specs include an IP67 rating for dust and water resistance, an in-display ultrasonic fingerprint scanner, stereo speakers, and Samsung Pay support. The handset will likely pack a 4,500mAh battery with 25W fast charging. It will run Android 11 out of the box.

Despite the volume of leaks over the past few months, the Galaxy S21 FE isn’t seemingly coming before October. However, we have quite a few interesting Galaxy products coming up tomorrow: two new foldables, a new chapter for Samsung’s Galaxy Watch lineup, and more. You can watch the Galaxy Unpacked live on Samsung.com at 7 AM PT/10 AM ET on August 11. We will also be bringing all the latest happenings at the event to you right here. So stay tuned. 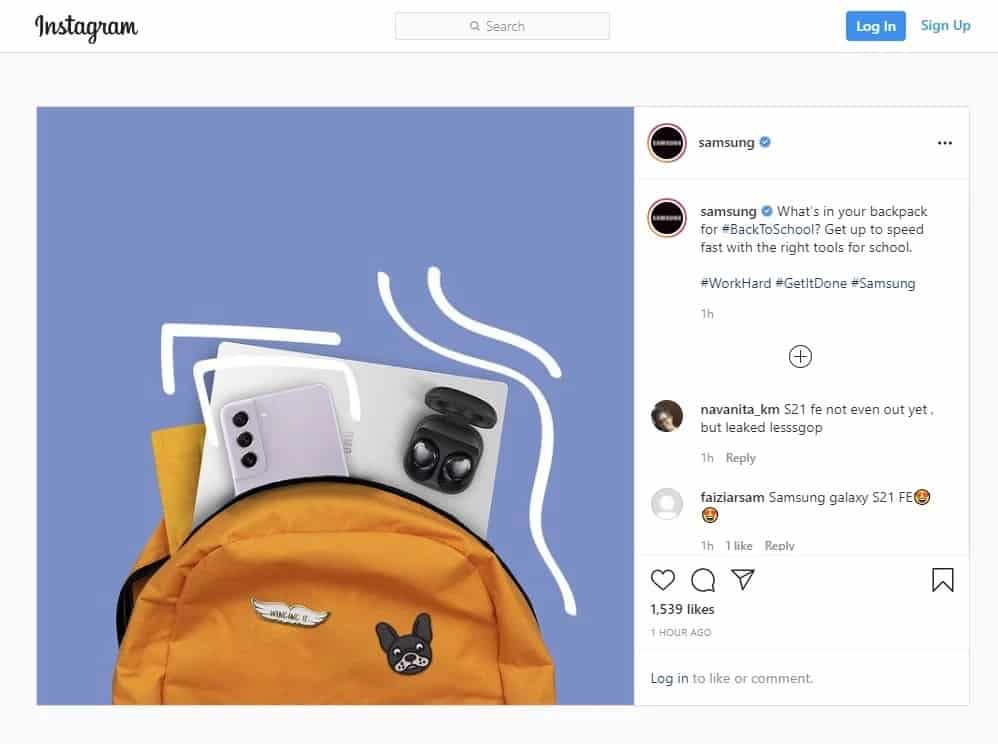