Skip to content
Advertisement
Trusted By Millions
Independent, Expert Android News You Can Trust, Since 2010
Publishing More Android Than Anyone Else
22
Today
99
This Week
22
This Month
5284
This Year
115291
All Time
Advertisement Razer has come up with a nearly perfect pair of true wireless earbuds for gamers.

Razer has seemingly learned a lot since then. Taking all of the feedback about previous models and incorporating improvements wherever it could. The result is arguably Razer’s best pair of true wireless earbuds yet. Although the company still offers a higher quality (on paper) version of the mobile audio accessory, the new Hammerhead True Wireless V2 offer a hard-to-beat value. Thanks to a mostly uncompromised set of features.

We’ve been spending the last few weeks using these earbuds on and off for everything from games to music (mostly gaming though). And in my personal opinion, these are the go-to earbuds to get if you’re looking for something from Razer.

How do they stack up? Pretty well honestly. However, they’re not perfect. There’s always room for improvement and in this review we sought to draw attention to those areas. Here’s what you need to know about Razer’s newest pair of earbuds. An obvious addition. We know. But still worthy of highlighting as one of the stand out features. Partly because Razer Chroma is so iconic. Not just within the realm of Razer’s products, but also within the realm of anything else with RGB. To many Chroma is the benchmark of RGB lighting. So when Razer finally decided to add it to a pair of true wireless earbuds, it was always going to stand out.

And stand out it does. But I want to preface talking about it with the fact that this isn’t as robust as Chroma in any of Razer’s other products. It doesn’t connect to Synapse 3 which means it won’t sync with other products, and it only offers a handful of effects. Having said that, it’s still Chroma.

If you’re a fan of Razer Chroma lighting and a fan of RGB in general, there’s almost nothing cooler than knowing you’re wearing a pair of true wireless earbuds with this kind of a showpiece feature. Even if literally no one else notices. You know it’s there.

It’s kind of like wearing a particular piece of clothing that you feel good in. You mostly wear it for yourself. All that aside, it works pretty well. You enable the different effects through the Chroma RGB companion mobile app. You have four different effects available – breathing, spectrum, static, and audio meter.

If you have it set to static, breathing, or audio meter, you can choose the colors you want from the color picker. Spectrum of course cycles through the range of colors. Audio meter also reacts to the music or other media audio you have playing. You can also adjust the brightness. Overall, it’s a great addition to have Chroma included. Here’s hoping it comes to all of Razer’s future true wireless earbuds.

Most users will be happy with the battery life 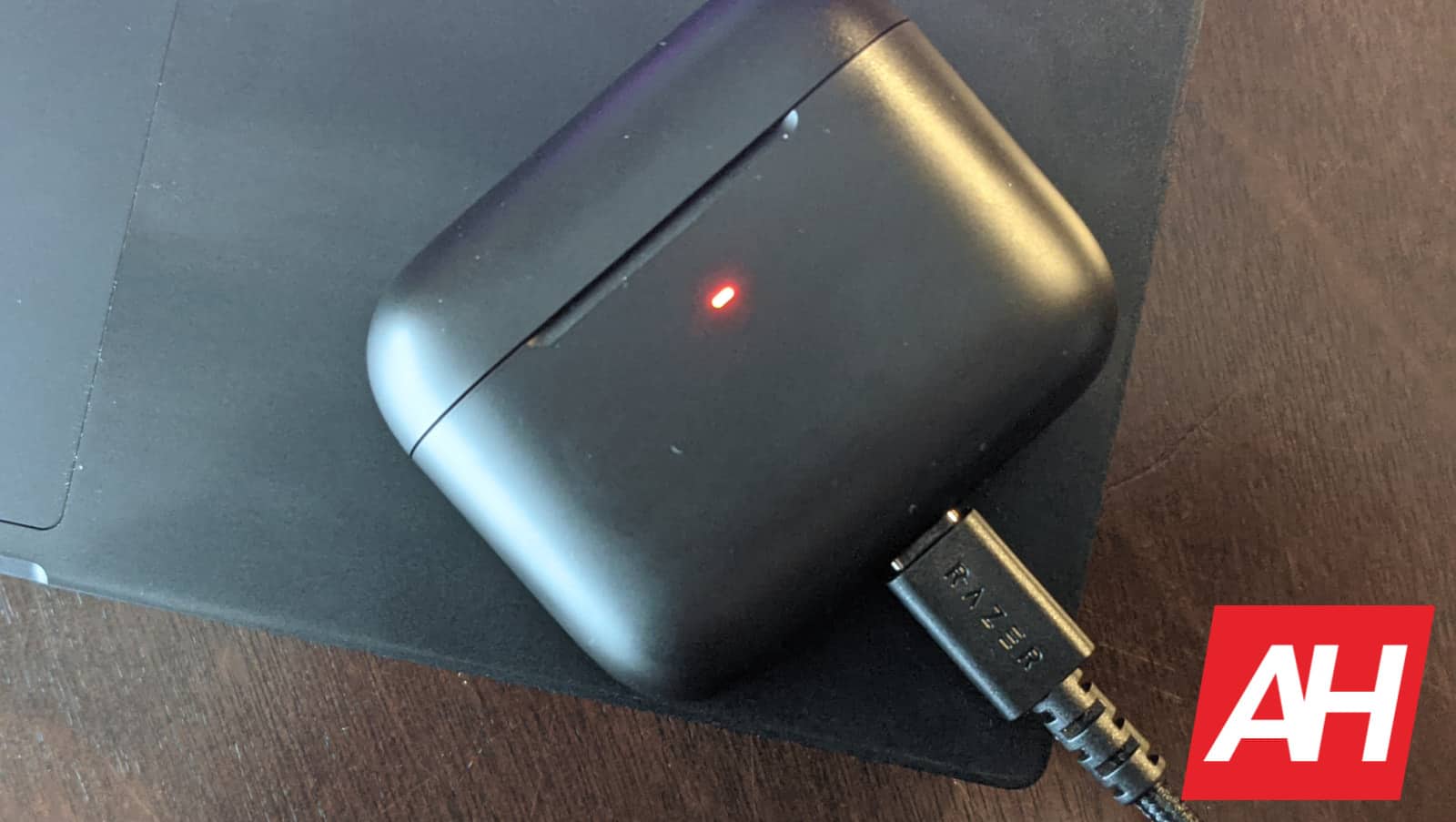 There are a couple of major reasons why the improved battery life is a big deal. For one, Razer was able to achieve better battery life while also adding the Chroma RGB feature and feed-forward Active Noise Cancellation. With both of those turned on, you can get up to 4 hours of battery life. Secondly, that’s about 30 minutes to 1 hour more than you get with the original pair that Razer launched back in 2018. That had no Chroma or ANC.

But if you turn both Chroma and ANC off, that time jumps up to about 6.5 hours. Which isn’t bad at all. Keep in mind your mileage may vary. And things like the low-latency game mode will impact battery life as well. As will the level of volume you use. And even the brightness of the RGB.

Should you need to recharge the earbuds, the case will give you up to an additional 26+ hours. And the earbuds even charge up faster than before. So across the board the Hammerhead True Wireless V2 are usable for longer and you can use them more often.

They’re still a far cry away from lasting all day on a single charge. For instance, you won’t be able to pop them in at the start of a 9-10 hour work day and use them in one sitting. But Razer has covered a lot of ground in this area which is a big plus.

For my own personal experiences, I was generally using them with ANC but not often with Chroma. So I was getting anywhere from 4 to 5 hours out of them before needing to put them back in the case for a refresh. The case is still missing wireless charging though. Which is a shame.

Low-latency game mode is great… when it works 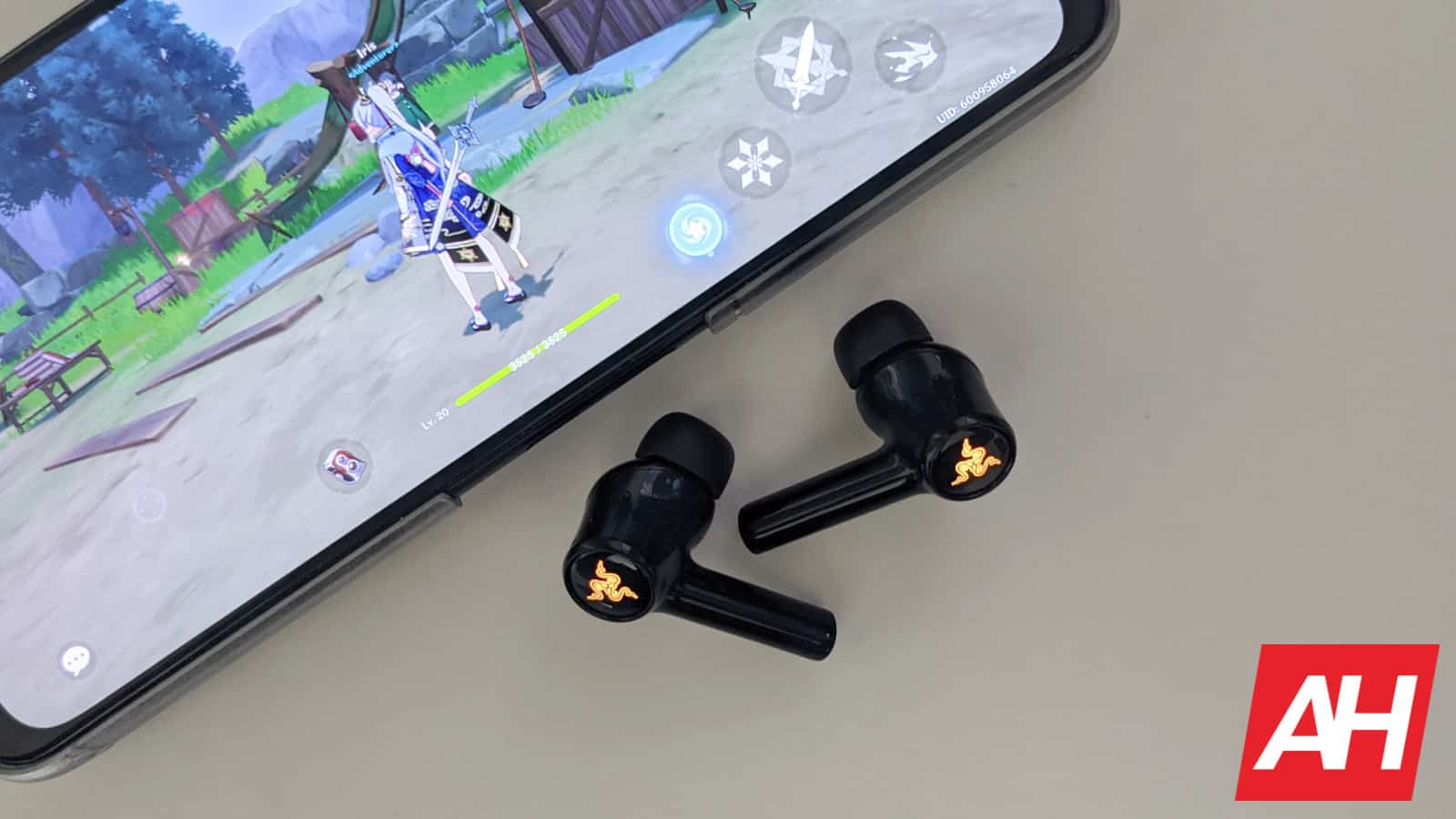 Razer’s low-latency game mode has been a big part of its true wireless earbuds. And I’m happy to say that it’s still enjoyable to have in this latest pair. That is, when it actually works.

Now, for the most part, I’ve had no issues with it during use. 95% of the time it works well and does what it was designed to do. But that other 5% the audio drops or skips. Razer doesn’t specifically state that it’s changed anything with the tech. So this is presumably the same game mode tech that’s in every other pair.

But this issue seems to be slightly more prominent in the Hammerhead True Wireless V2 than in those older models. Not by a lot, but enough to take notice.

Razer says that if users are experiencing this issue, they should make sure to keep the earbuds within 2 feet of the connected device. I was definitely using them within that range though and still had the audio drop out. In fact the only time I ever used the game mode was with my phone when playing games. Where the phone was less than a foot away from my face. The audio drops persisted.

With all of that said, you won’t necessarily have the audio drops like I did. Or as often if you do have them. Which remember was only a very small fraction of the time. So overall, the game mode is still pretty great to have just like always. And there’s always a chance Razer could fix the issue with a software update. One of my biggest gripes with the original pair of these earbuds was the case. It’s pill-shaped design was not only fatter than the case with this model, but longer. So it was more of pain to store the case in your pocket. This new case however is essentially the same case you get with the Pros.

So it’s easy to carry the case around with you wherever you go without the need to store it in a bag or purse pocket. Big ups to Razer for this change. Aside from the case, the earbuds now come with a new in-ear design that is more reminiscent of the Apple AirPods Pro and the Hammerhead True Wireless Pro.

So they provide a more secure seal, which helps to isolate noise and they’re a hell of a lot more comfortable to wear. The original pair were more like regular AirPods. With no ear tips. So wearing them for any longer than an hour or two meant discomfort and irritation. That’s no longer much of an issue. Though everyone is different. So you may still want to take these out once in a while to give your ears a rest.

In addition, you get three sizes of silicone ear tips. Small, medium, and large. So you can find a perfect fit. My ears are a bit weird so I find that using one small and one medium tends to do the best job. On one last note, the stem of the earbuds appears a tad shorter than the original mode too. So they don’t look as funny sitting in your ears. 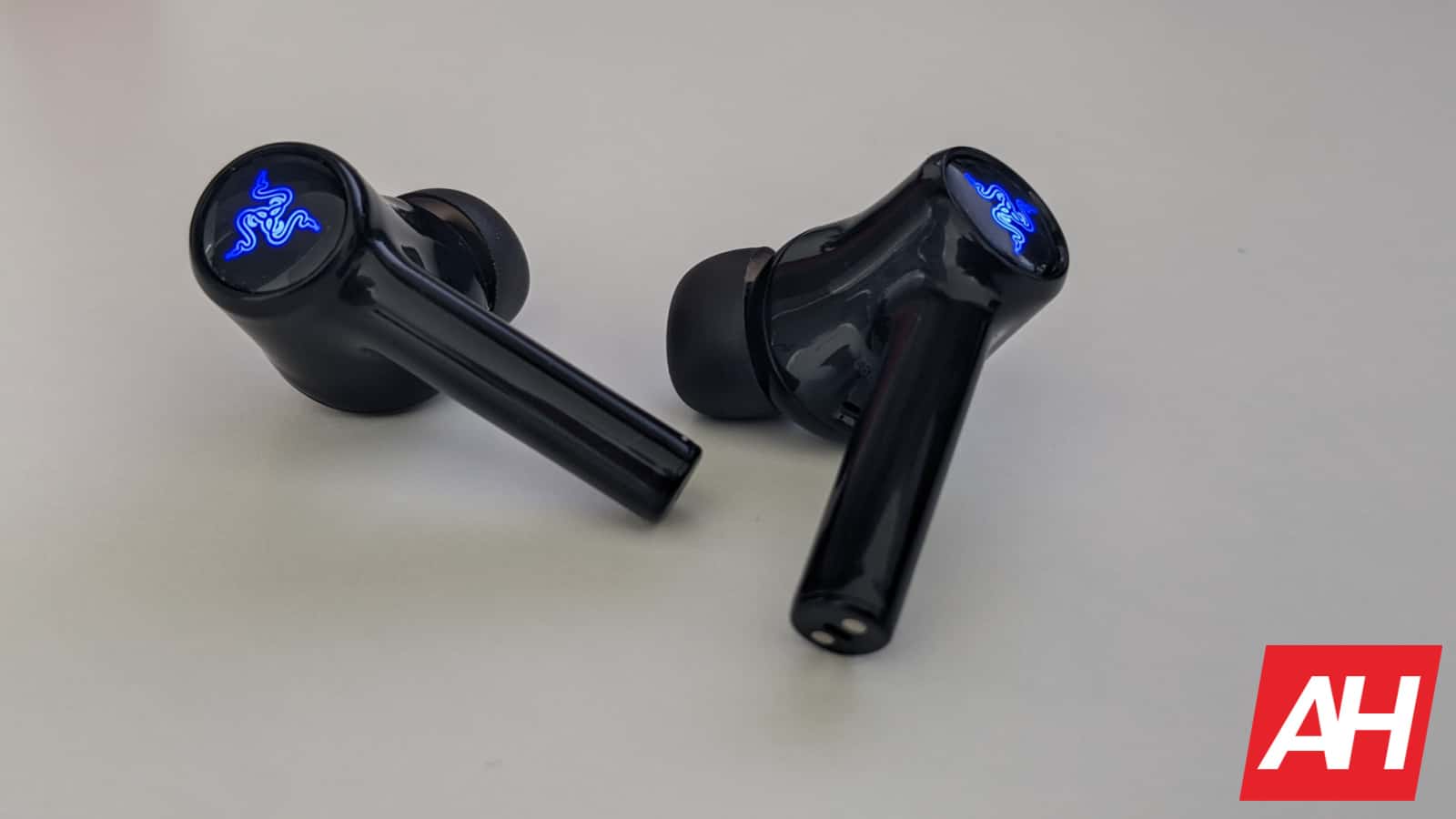 While the new Hammerhead True Wireless V2 aren’t perfect, Razer is nearly there. These are noticeably better than the original V1 model from a few years ago. And they’re honestly almost as good as the pro in terms of sound quality.

The Pro do sound better but in my opinion, not enough to justify the $70 difference in cost. Which makes these a better value overall, and especially so if you like Chroma RGB in your Razer gear.

Keep in mind, that if what you’re after is peak sound quality and battery life from your true wireless earbuds, there are better options out there for you. For gaming though, these are hard to beat and there are few options that are probably better suited for the purpose.

If you’re in the market for a new pair of true wireless earbuds for mobile gaming and beyond, then these are great.