We have been hearing about the OnePlus Watch Harry Potter edition for the past few months. Now, according to tipster Ishan Agarwal, it will launch in India in the coming weeks. We still don’t have an exact launch date though, neither do we have any information on its pricing. But if this claim is true, OnePlus could soon start teasing the new device.

The report adds that this limited edition OnePlus Watch will feature six exclusive watch faces themed to Harry Potter, of course. These include Hogwarts, Hogwarts Seal, Gryffindor, Slytherin, Hufflepuff, and Ravenclaw. It could also get an exclusive paint job on the outside. It’s unclear if the company plans to switch the outer materials as well.

The Cobalt Edition gets a Cobalt alloy frame instead of a stainless steel frame found on the standard OnePlus Watch. Usually found in luxury Swiss watches, Cobalt Alloy is twice as hard as stainless steel. This variant also features a sapphire glass face, which is second only to diamond in hardness. The rest of the hardware remains unchanged though. And you should not expect any changes in this regard with the Harry Potter edition as well. 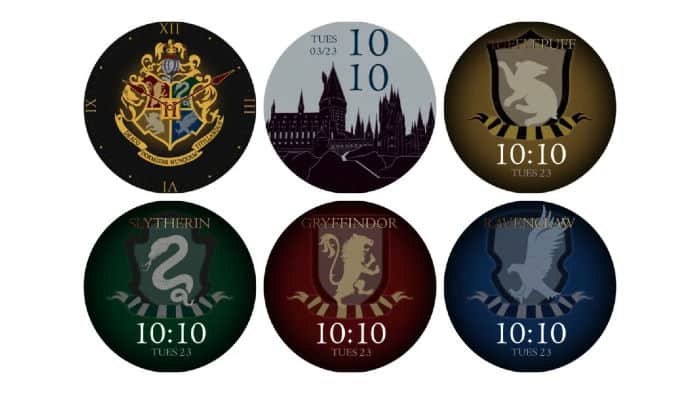 OnePlus Watch is the company’s first smartwatch. Looking at the spec sheet, it appears to be a decent wearable. You’re getting a 1.39-inch AMOLED display, IP68 rating for dust and water resistance, 5ATM water resistance rating, 4GB of internal storage, built-in microphone and speaker, and GPS.

There are tons of health and fitness features as well, including a heart-rate monitor, a SpO2 sensor, and a stress monitor. OnePlus also touts over 110 workout modes. The device can reportedly run for up to two weeks on a single charge. It also supports Warp Charge for a quick top-up of battery juice. The watch is compatible with both Android and iOS devices.

However, despite these promising specs, the OnePlus Watch launched to pretty poor reviews. But that isn’t stopping the company from releasing limited edition variants. The Cobalt Edition only recently crossed the boundaries of China and a new Harry Potter edition is now seemingly coming soon.

That said, much like the Cobalt Edition, the upcoming OnePlus Watch is also unlikely to reach the store shelves here in the US. We will let you know if things change down the line.