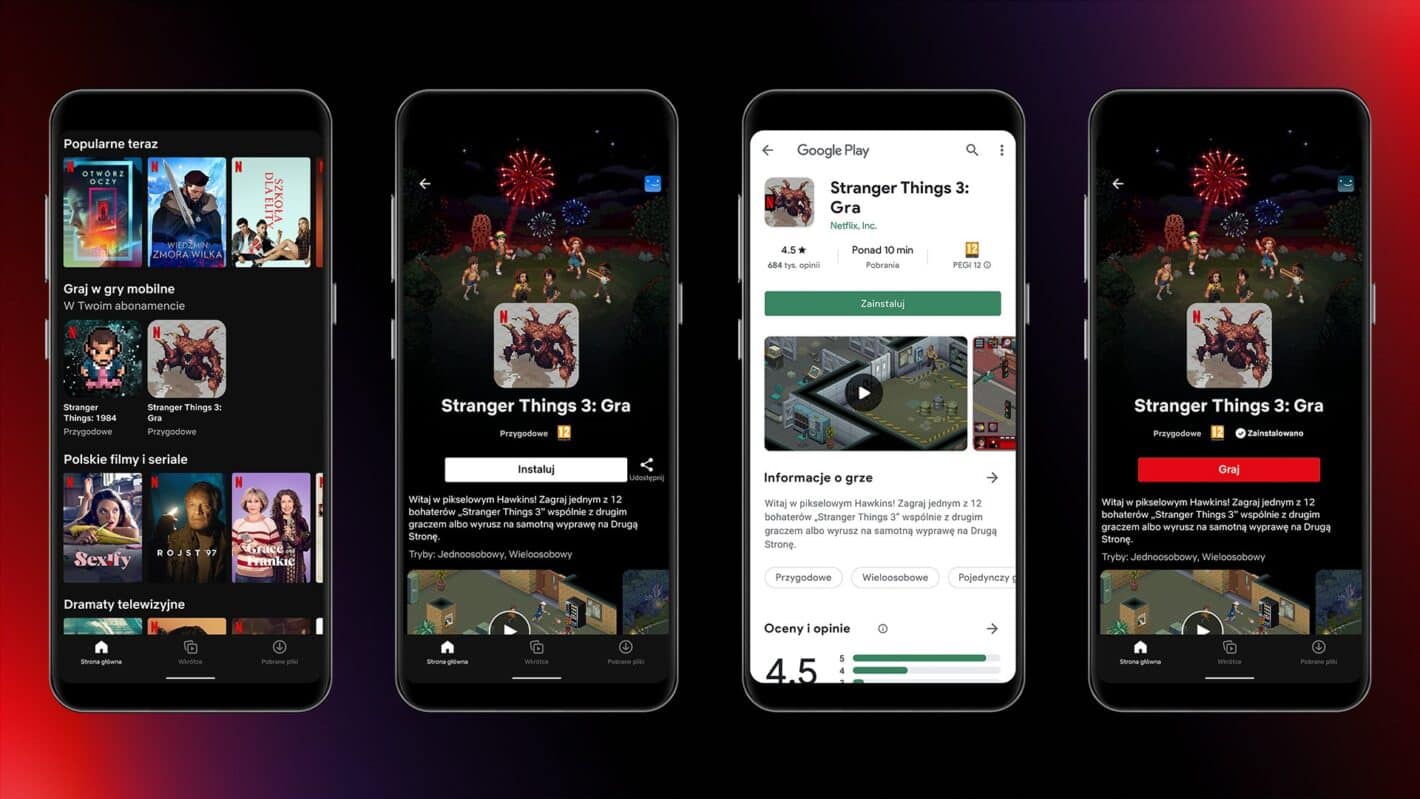 Netflix has started a games test for its Android app. The discovery comes not long after Netflix announced that it was going to start experimenting with offering games. During that announcement, Netflix said that it would begin with a focus on mobile titles. But it also confirmed that it would eventually seek to branch out. Noting that it feels games will eventually be a big part of its lineups.

The company has also stated that it sees games like any other piece of content that it already offers in its TV shows and movies categories. Naturally, Netflix is beginning its mobile games test with something from its own franchises. A Stranger Things mobile game that you can play on Android.

Games will be offered with no ads, no in-app purchases, and they’ll be included with the Netflix subscription. So as long as you subscribe to Netflix, you’ll be able to freely install any of the games that end up being added.

The Netflix games test is only happening in Poland for now

At the moment it seems that Netflix is only offering mobile games in its Android app in a small test in Poland. The official Netflix Poland Twitter mentioned the arrival of the test early morning on August 26.

Alongside an install button. Tapping on the install button will take users outside of the Netflix app, launch the Play Store, where they can actually begin the install. So don’t think of this as a way to stream games through Netflix like you can with its video content. Instead, the games category more or less serves as a place for Netflix to advertise games that you get from the Play Store app.

That doesn’t necessarily mean this won’t change. Netflix does mention that things are still in the very early stages. And that there’s still a lot of work to be done. However, promoting games this way within the Netflix app is a first step to what’s to come down the road.