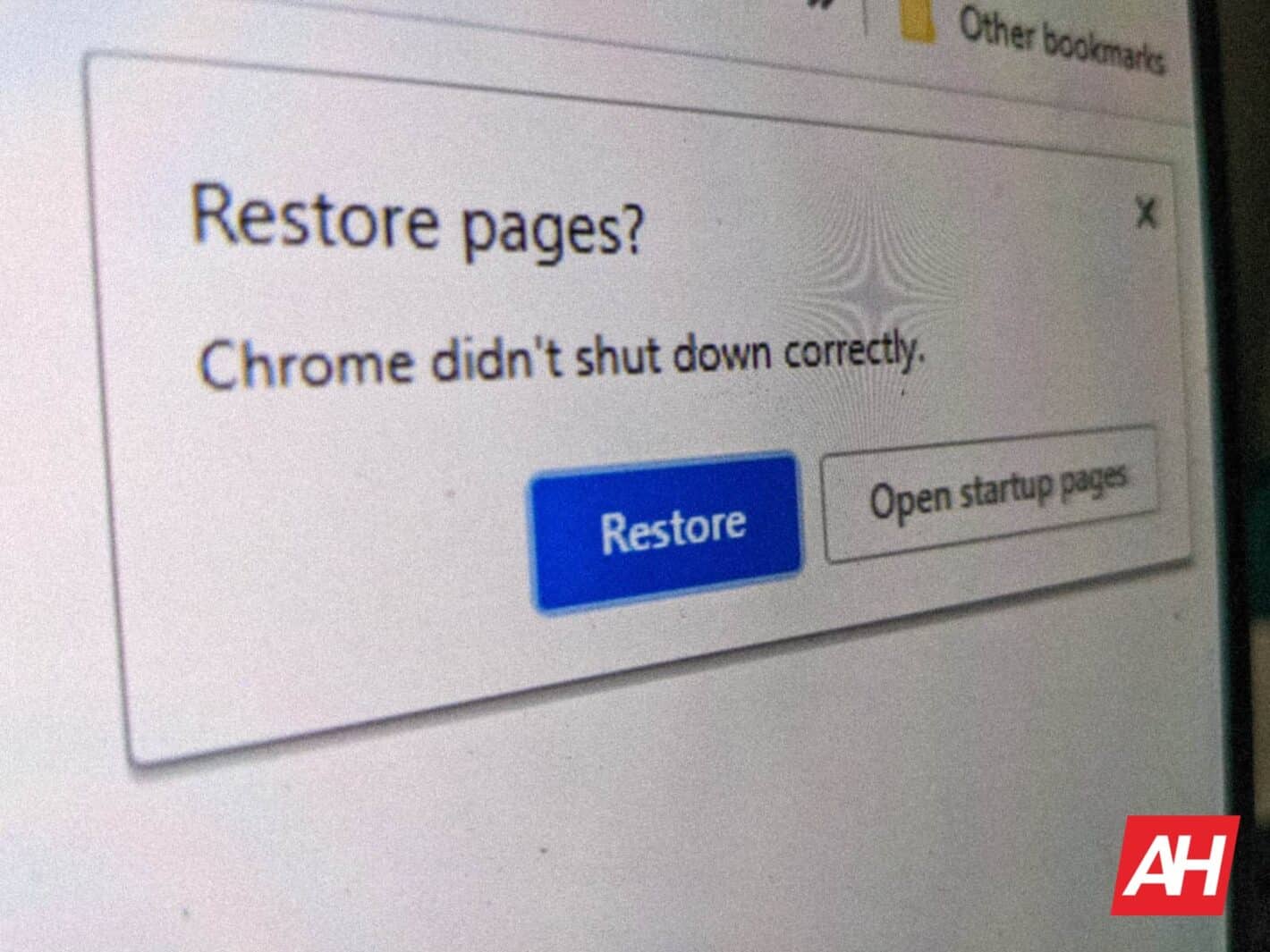 No piece of software is perfect and that includes long-standing software such as Google’s Chrome browser. As a result, sometimes malfunctions occur and, in the case of a browser, tabs might be lost that were open — leaving users to wonder how they’re supposed to get them back. Fortunately, it is possible to learn how to restore tabs in Google Chrome, at the very least. And that doesn’t have to be a difficult process either.

When will this guide come in handy?

There are many reasons why Chrome tabs might disappear, whether by accident or just unexpectedly. The browser may encounter a hiccup, run out of memory, or have some other problem, for example. And in that case, it should restart on its own. But it may not reload all of the tabs you had open at the time the error occurred.

Conversely, you may have acccidentally closed the Chrome window itself. And then, once it restarted, the browser may have inadvertently lost all of you tabs.

While incredibly frustrating, Google built Chrome to be robust. Part of that includes building in the ability to restore tabs that have been closed. Regardless of the reason that they were closed. And with very few exceptions to that.

Of course, the easiest way to restore tabs in Chrome after an unexpected restart is truly as easy as it gets. As shown in the title image for this guide, the browser will, far more often than not, throw a pop-up message upon restart. That informs users that Chrome didn’t shut down properly and offers to restore all tabs.

However, that pop-up isn’t long-lived by any stretch of the imagination and, once gone, it doesn’t come back. Conversely, it’s also far too easy to accidentally click the “Open startup pages” option by mistake instead. So this guide will walk through three different ways to get those tabs back, just in case that happens. Or in case it doesn’t show up at all.

The easiest method for restoring accidentally or unexpectedly-closed Chrome tabs, after the one-click action mentioned above, is with the mouse. Google has frequently updated Chrome and many of those updates have resulted in tab pages being stored in cache. That also happens to be one of the reasons that Chrome is so RAM intensive. But that comes with an added convenience. Namely, a way to restore tabs if something goes wrong or they’re accidentally closed. 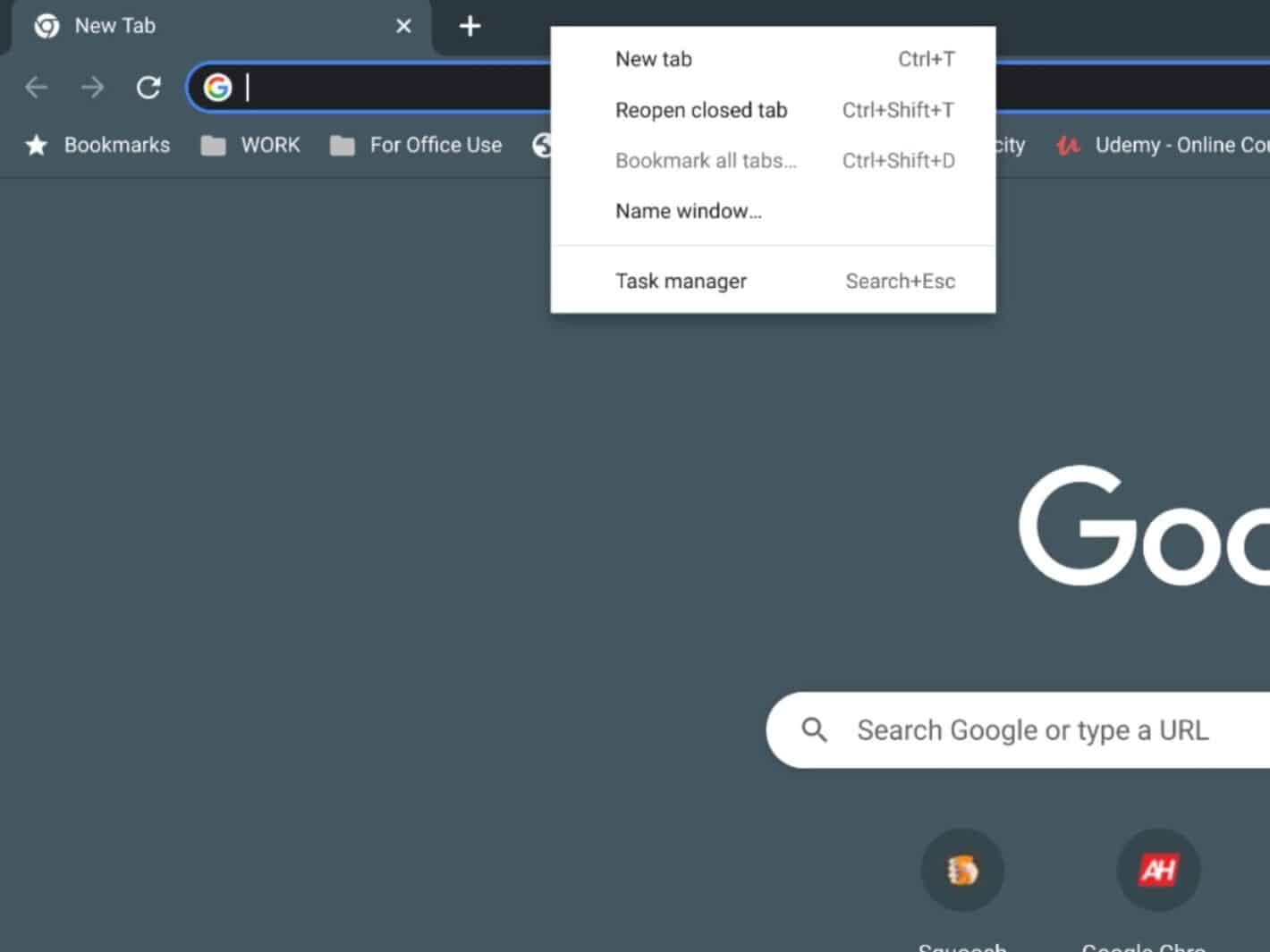 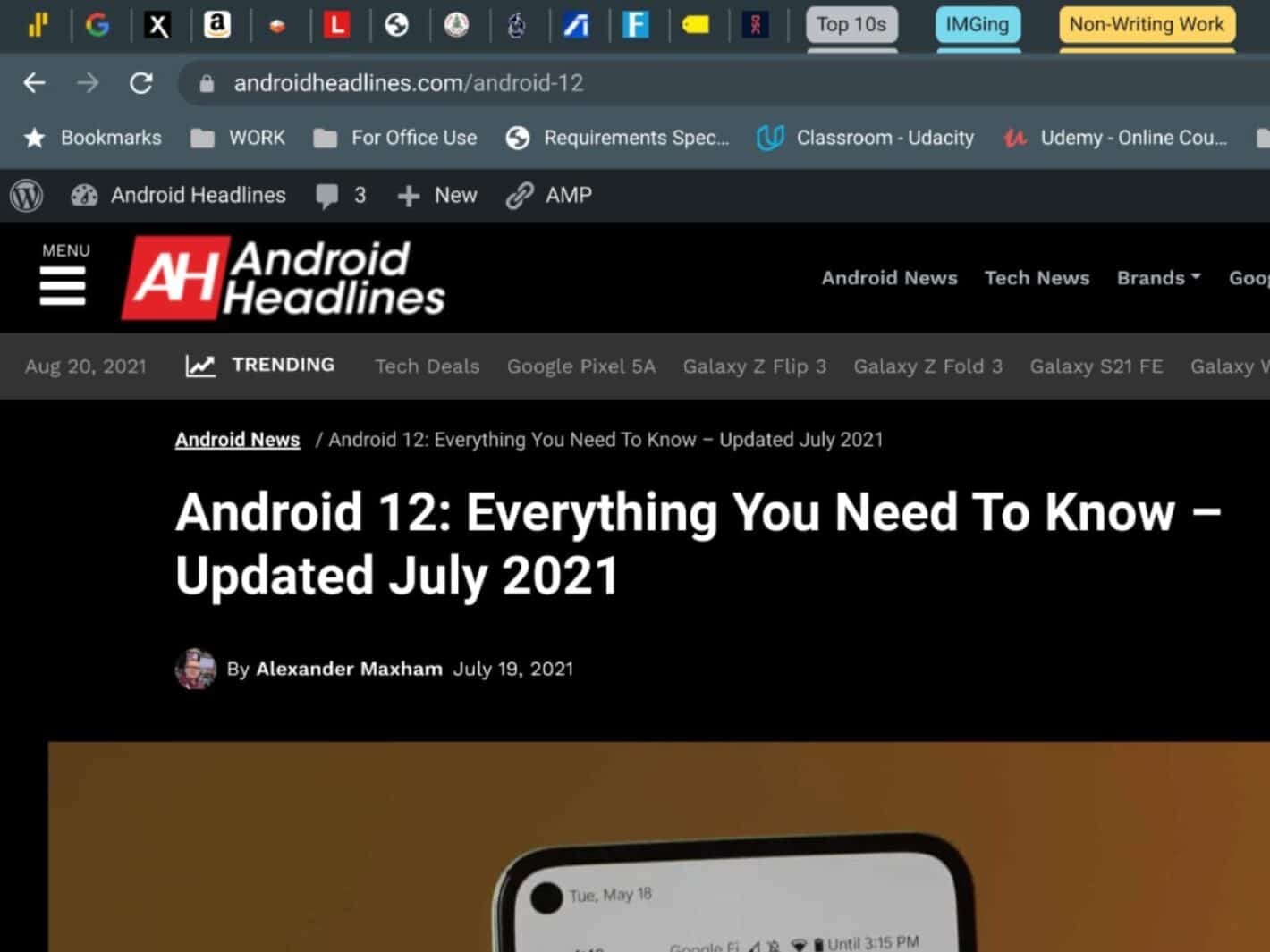 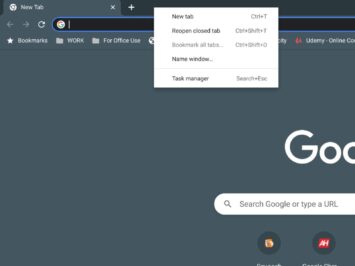 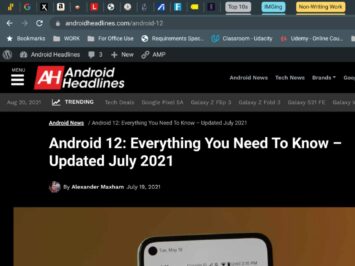 Use the keyboard shortcut instead

As shown in the image above, there’s also an easy way to restore your Chrome tabs after an accidental restart using a keyboard shortcut. And this will, in fact, work exactly the same as the above-mentioned method. The sole difference will be that it’s a keyboard shortcut instead of a click on the tab bar. So this method may be easier for those who are more accustomed to those navigation methods.

If neither of those works, you’ll have to use your Chrome history instead

Now, in some cases, simply attempting to restore tabs using the methods already discussed here won’t work. While problematic, that’s not necessarily the end of the world. Especially since Chrome is also saving browser history.

And, of course, Chrome saves several separate segments for browser history. Including the history from any other devices where users are signed in. Which could also prove useful for those who have a habit of accidentally closing tabs or if something goes wrong and they close unexpectedly. Although it isn’t necessarily useful for this guide’s purpose. 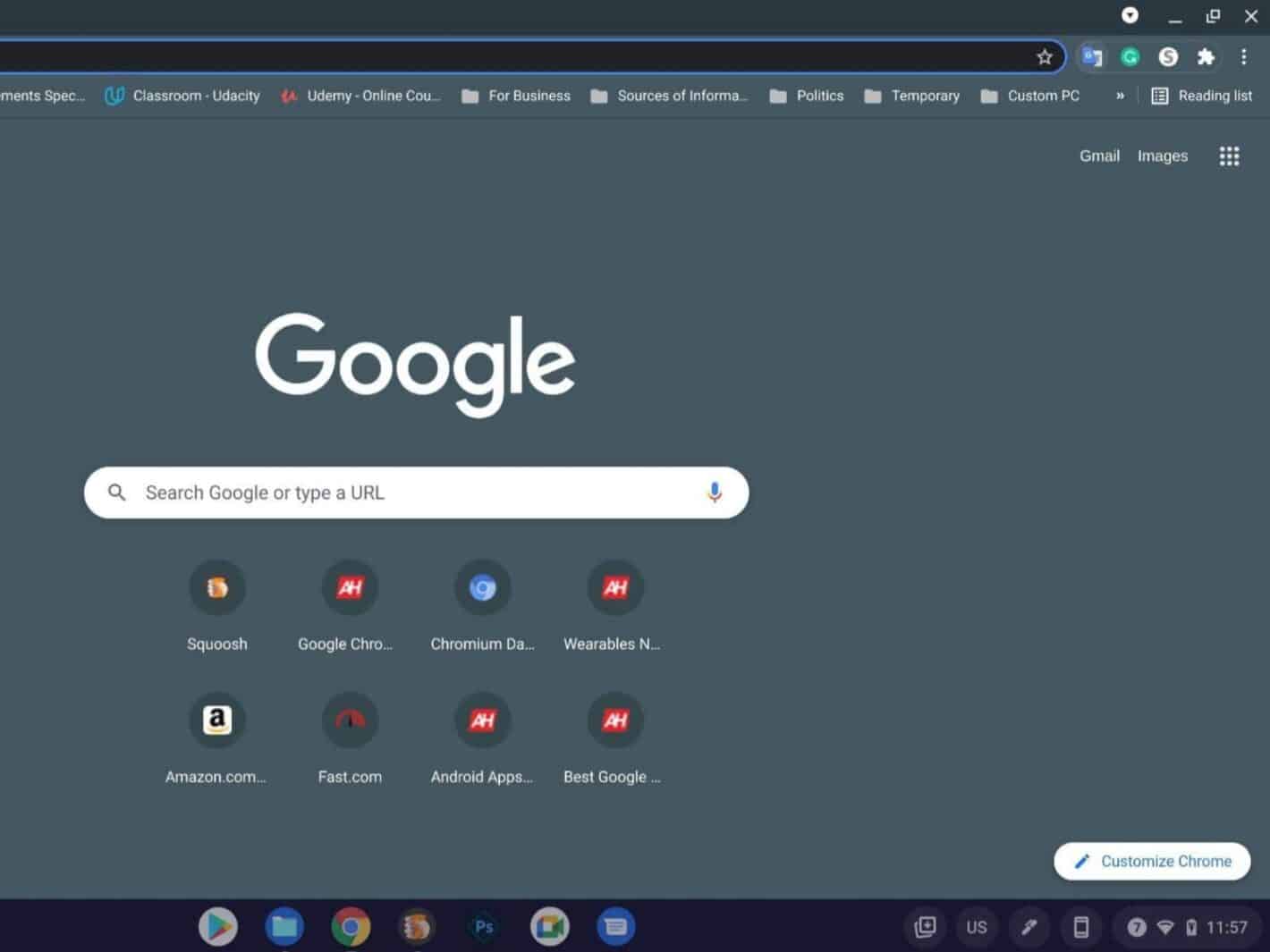 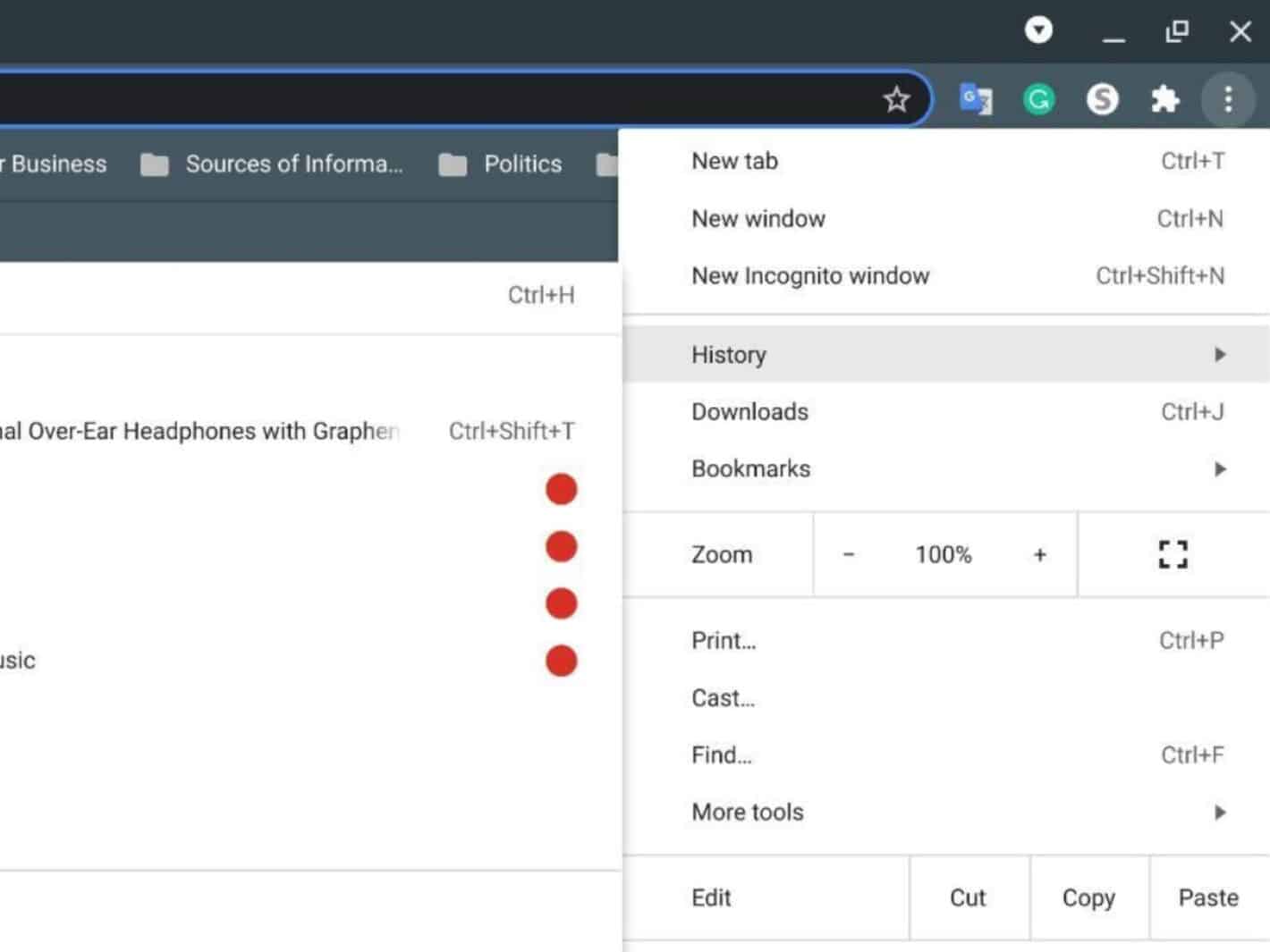 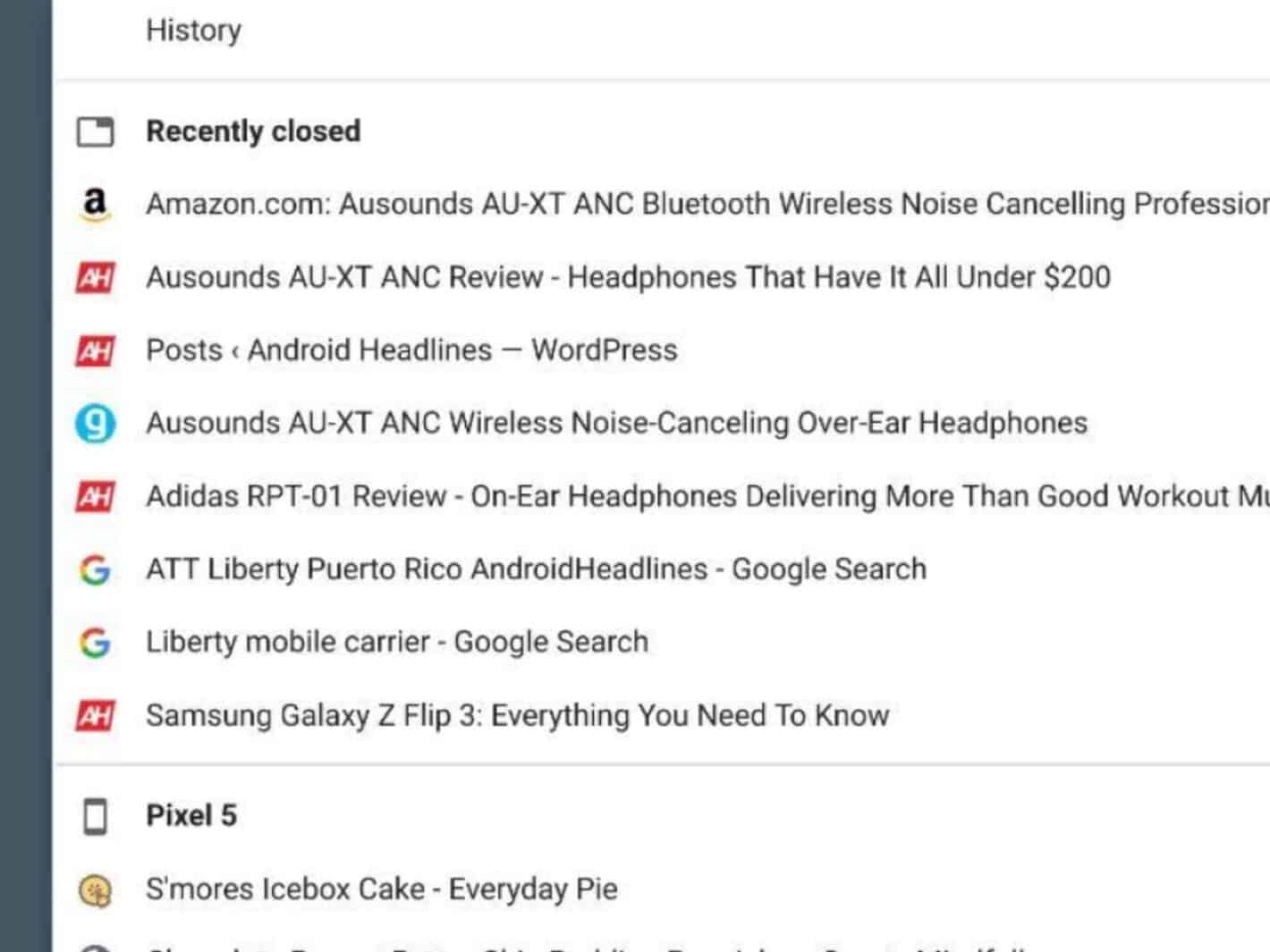 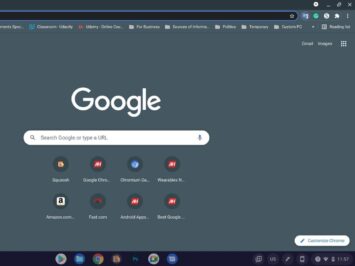 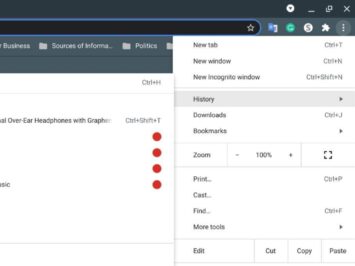 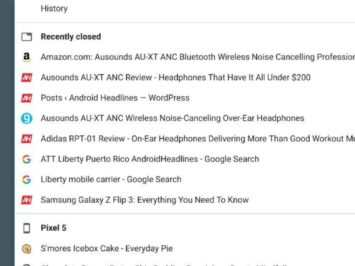 What about on Android or other Mobile OS’s?

Or they’ll need to click on that menu and access the “Recent tabs” option, as shown below. In either case, the tabs shown will closely resemble the History option outlined above. Albeit with a somewhat less detailed appearance, due to limitations in terms of screen real estate. And, of course, users can always open up their full history in Chrome for Android, if the page they’re looking for isn’t in the Recently closed segment of the Recent tabs page. 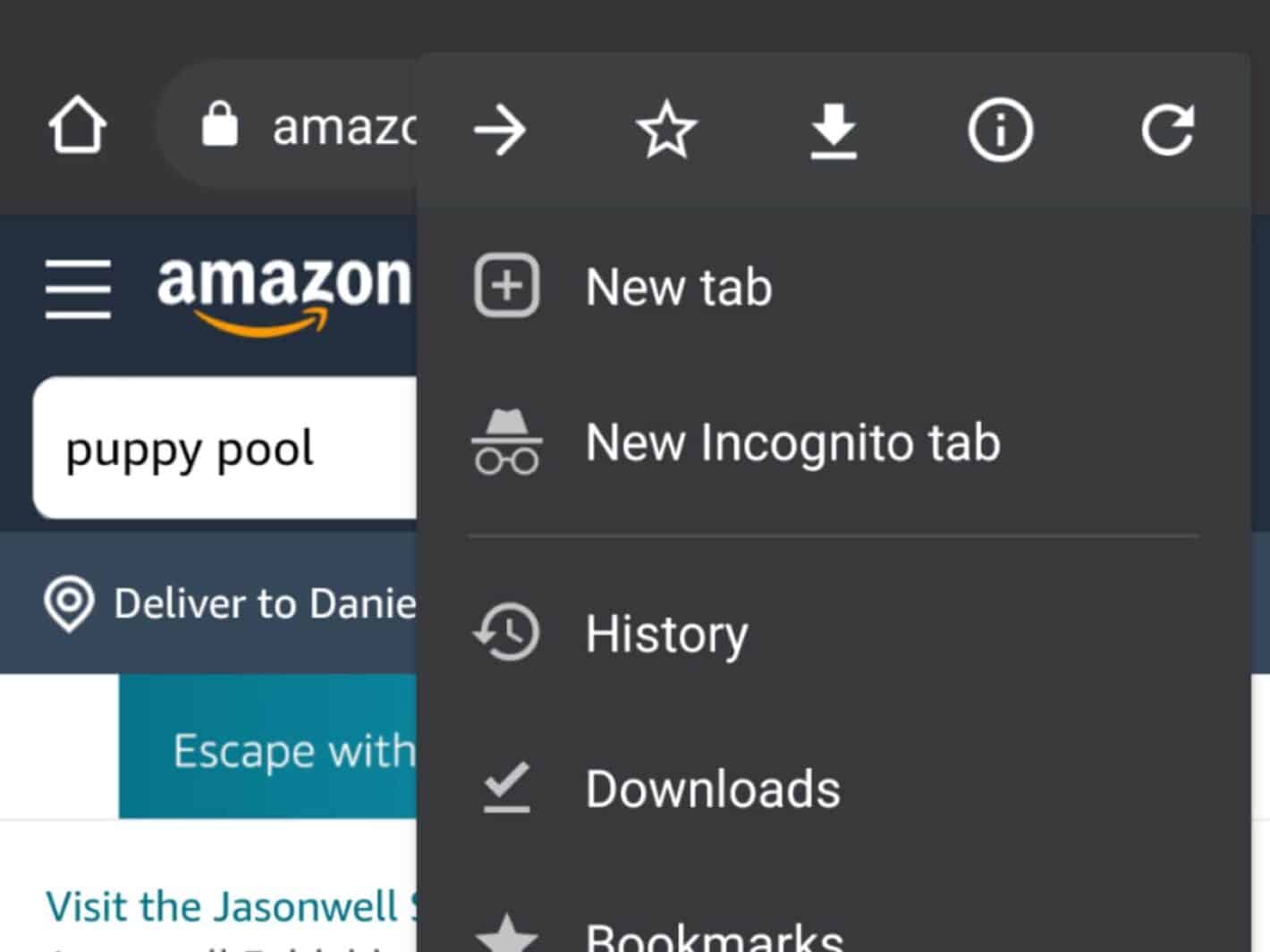 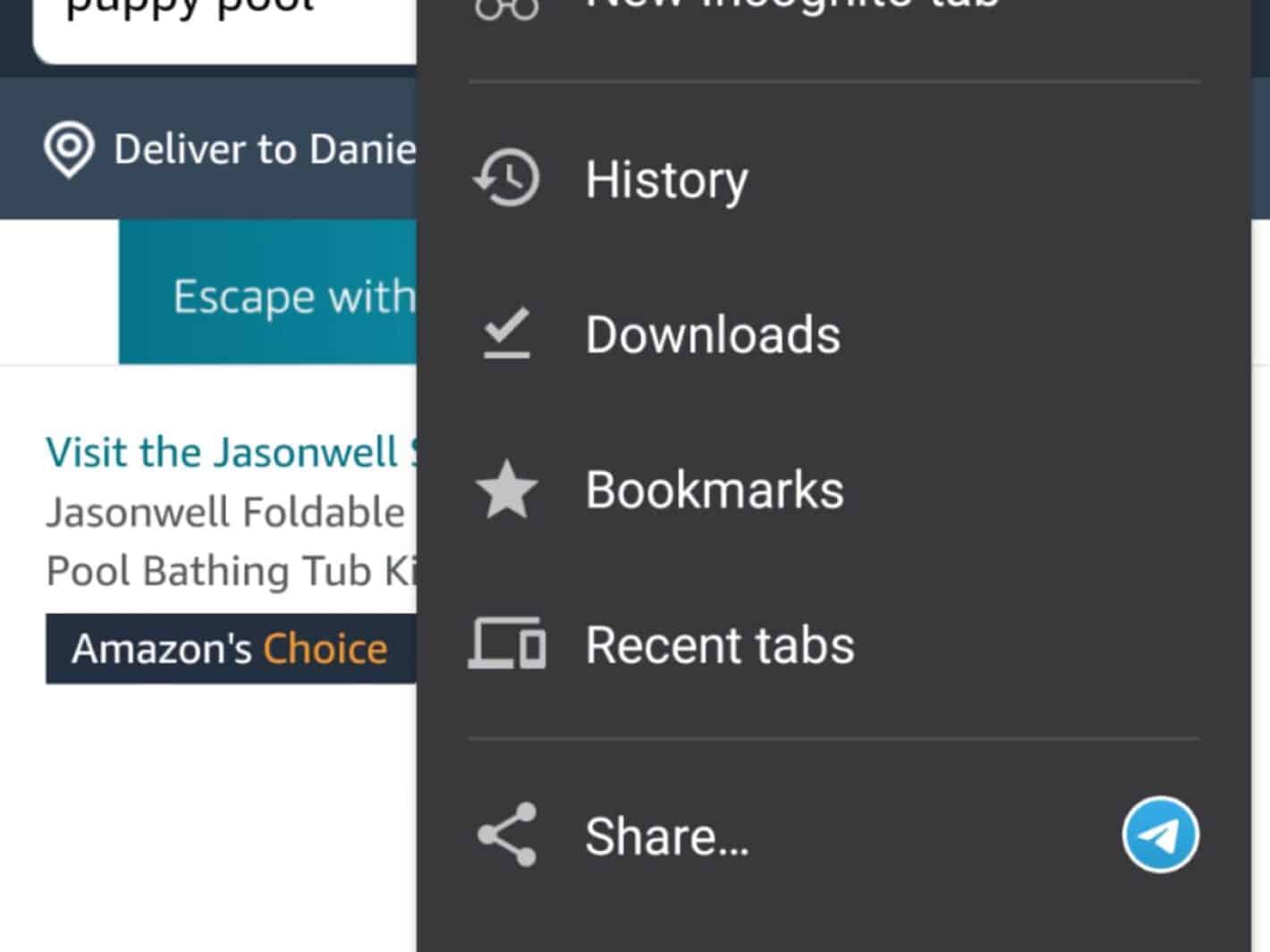 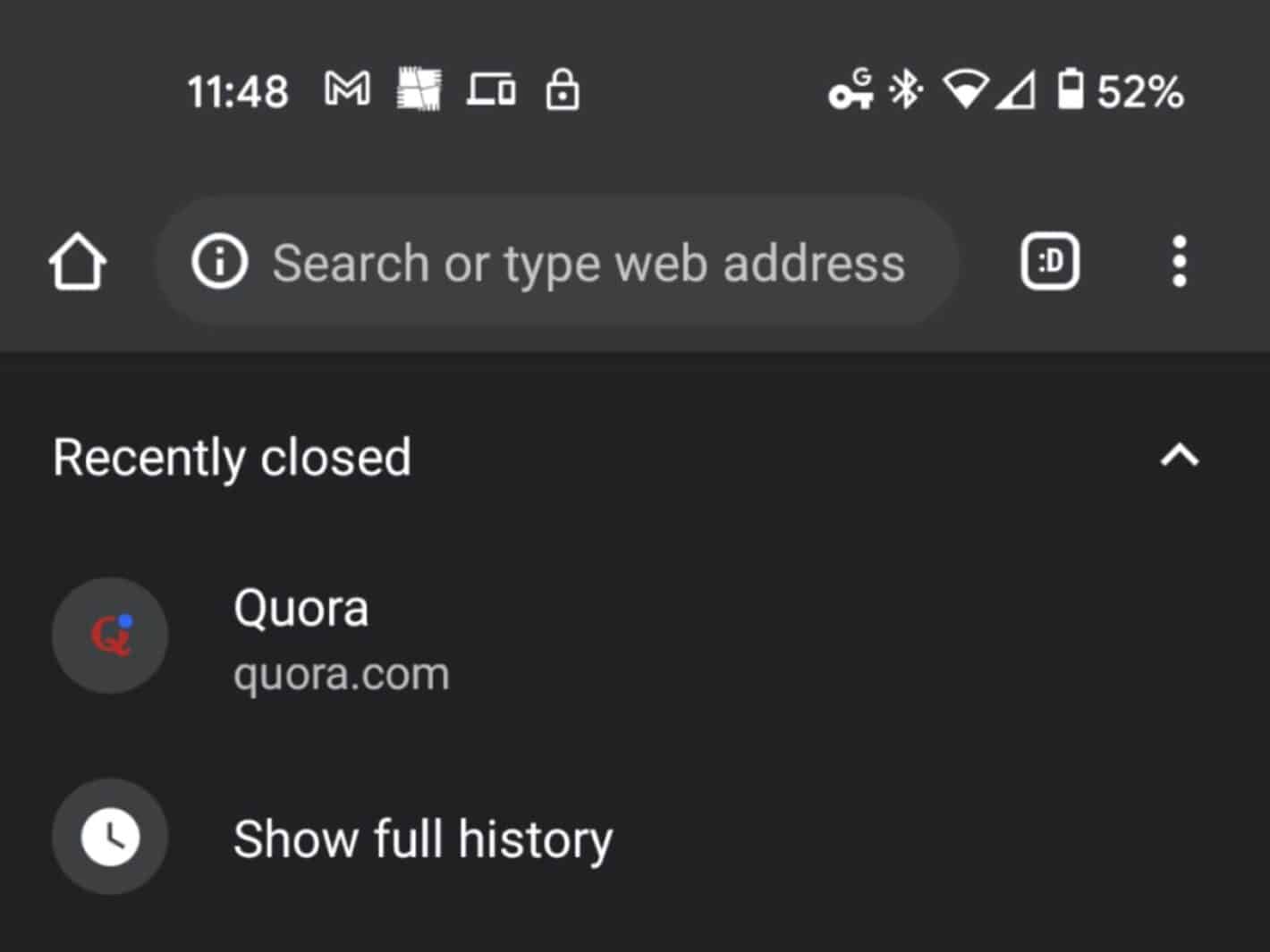 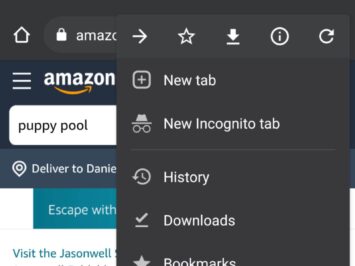 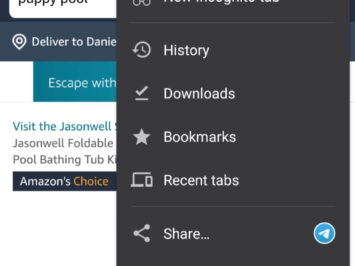 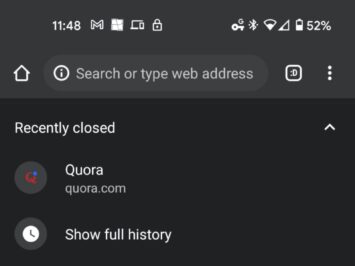 Now, sometimes these methods still won’t work. And that’s not without good reason, at least in some cases.

For instance, restoring Chrome tabs won’t work at all if the tabs that were open were Incognito Mode tabs. That’s because those tabs are meant to stay private, even from Chrome. That’s unless you’ve signed into a website, although all sites will be able to tell you’ve visited. And sites that have records of your visit, such as Google Search, will likely still be able to link visit data to your account, although it won’t necessarily be saved anywhere unless you’ve signed in.

Because Incognito Mode tabs don’t save any data — it’s deleted once all tabs that are Incognito are closed — those tabs can’t be restored. So if you’ve accidentally closed an Incognito tab, that data is essentially lost in order to keep the tabs themselves private.

Another circumstance which may prevent the tabs from being restored is tab groups. Although those will typically reload via the methods laid out above, they don’t always. The reason for that isn’t exactly clear but those tabs should still be discoverable in History. Just so long as you haven’t visited too many sites between when those tabs were opened and when the browser restarted unexpectedly.

History will also be needed if the browser restarted in such a way as to clear cache and delete saved tab data. It will, of course, be obvious if that happens. Since none of the other methods will do anything at all under those circumstances.

Google is working on ways to prevent that loss from happening, of course. Including work on ways to easily bookmark tab groups in Chrome. And ways to save specific tab groups in even fewer clicks. But, for the most part, the methods outlined here are almost always reliable. And, of course, are far better than having no means to restore tabs after an accidental or unexpected restart of Google Chrome.

But up to that point, and perhaps beyond that point while Google perfects the processes, the methods outlined here are going to be the best bet for restoring closed tabs.