Google has decided to change things up for its ‘Google Tasks’ app, as it will now organize your lists into tabs. This should make your lists earlier to access. At the moment, you have to tap at the hamburger menu in the bottom-left corner twice. First, to open your current list (the one you’re in), and then another time to open a list.

Thanks to this new update, your lists will be highlighted at the top of the display. You will be able to tap on either list to quickly switch to it, or simply swipe between them on the fly.

Do note that this update is already rolling out, but it may take some time to get to your device. It did start rolling out on August 9, so it likely arrived to some of you. It is rolling out in stages, though, so it may take a while to reach everyone.

Now, the Google Tasks app is nowhere near as popular as some other Google apps. Still, this app is quite useful, and can be a nice addition to your collection. If you have a problem remembering what to do during the day, this app is really simple to use.

This change should make the app easier to use, it simply makes more sense

This new change actually makes it even more compelling. It will make my tasks far easier to keep track of and organize. I’ve been using this app for a couple of months now, and was thinking of switching to something else, but this new feature will keep me at bay… for now.

Google Tasks app came to life in 2018. It was available for a long time before then as part of Gmail, but it did not become a separate app until 2018. Since then Google released quite a few updates to it, and one of the most notable ones is Google Calendar integration. That was also a highly welcome change. 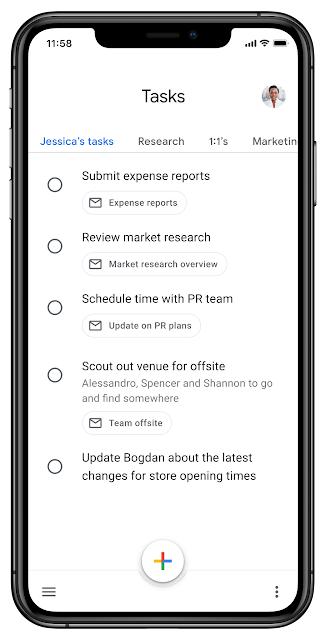