Skip to content
Advertisement
Trusted By Millions
Independent, Expert Android News You Can Trust, Since 2010
Publishing More Android Than Anyone Else
11
Today
61
This Week
749
This Month
6472
This Year
116444
All Time
Advertisement The Google Podcasts app for Android and iOS has been updated with a new redesign, coupled with a few minor changes. One of the bigger additions here is the inclusion of “Subscriptions” on the “Home” tab.

This change allows Google to add a “More” button to the right-hand side of the screen. Tapping this opens all subscriptions in a grid view. This is particularly beneficial for users with many podcasts, allowing for easy viewing of each subscription.

While the Home tab remains largely unchanged beyond this, each episode card now gets an overflow menu in the bottom right corner. Tapping this opens options to share the episode or “Mark as played.” Previously, users had to open the episode page to mark an episode as played.

The changes are included with version 12.30 of Google Podcasts

9to5Google highlights that the “Activity” tab on the bottom has now been renamed to “Library.” The Library tab contains options like Subscriptions, Queue, Downloads, and History. Meanwhile, the Explore tab remains unchanged for the most part, while the red “Beta” badge has been removed.

Another minor but significant change is the behavior of the Google Podcasts icon on the homescreen. After the update, tapping the icon won’t automatically take users to the Home tab. The new changes come with the 12.30 update, which is now on the Play Store. Heading over to “App info” to force close the app could also trigger the update. However, this may not work for every user.

Google updated the Podcasts app earlier this year with a redesign of the Now Playing UI. Some of the changes made in the new update address the concerns voiced by the users.

While Google Podcasts has been around for a while, it hasn’t been the most popular. This is primarily because users have access to several third-party alternatives on the Play Store.

Not too long ago, Facebook announced its own podcast interface for users on its platform. The company also launched Live Audio Rooms to rival the popular live audio app Clubhouse.

As for other alternatives, listeners can already access Alexa on devices such as the Amazon Echo to play their favorite podcasts. Alexa also enjoys excellent integration with audiobooks and podcasts service Audible. 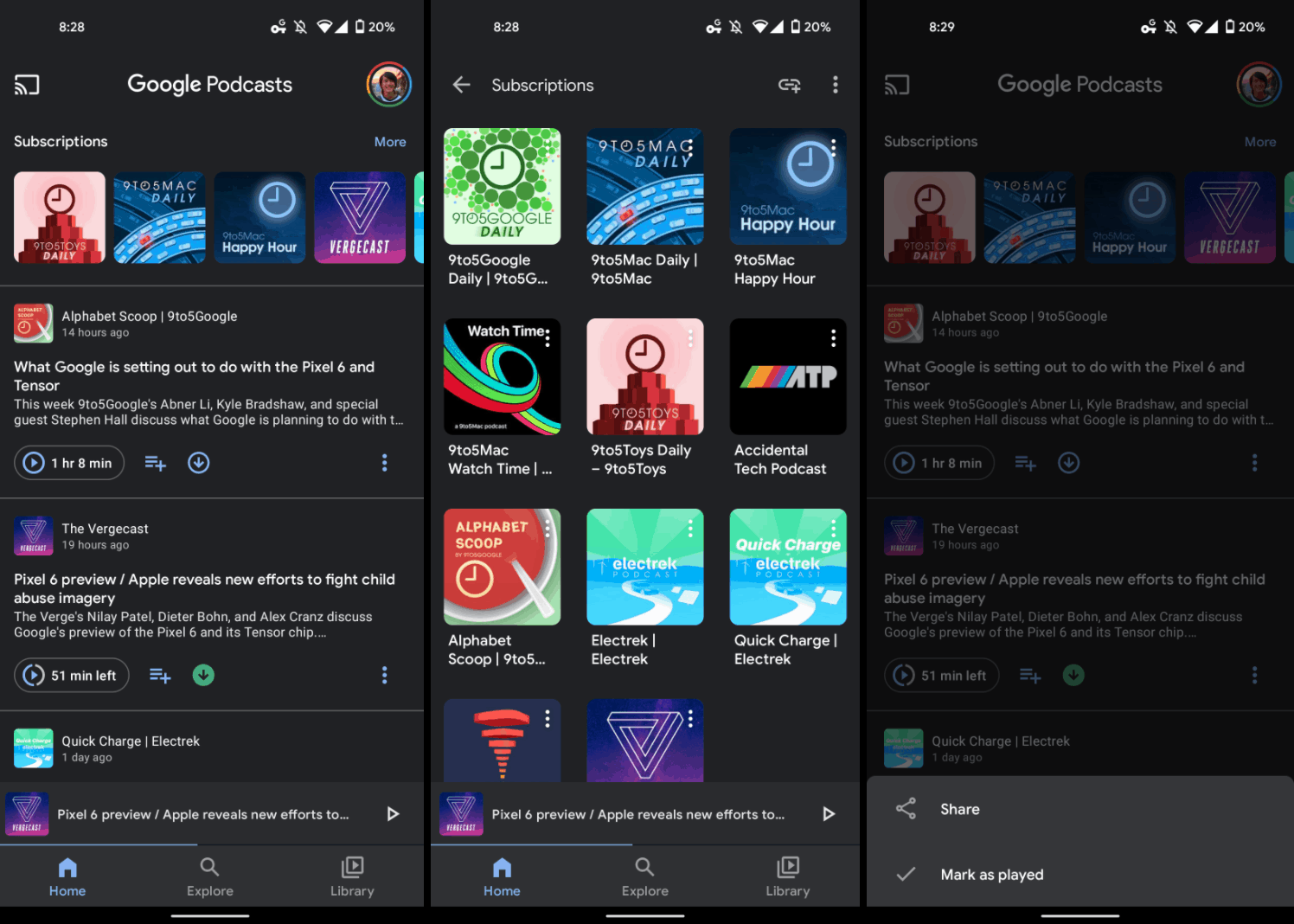