Finally, as per the latest official workspace blog, Google Chat for the web is getting the much-needed dark mode feature. Dark mode on an app is a very beneficial feature for users to use at night or in low light conditions to protect their eyes.

Google has been working to include dark theme support on many of its apps and services since the release of Android 10. Over time, it has introduced the feature to most of its native Android/iOS and web apps.

Now, it is time for the Google Chat for web to get the taste of dark mode. Notably, the feature is not only live for the desktop version of the Google Chat but also for the Progressive Web App (PWA).

The Android and iOS apps already have the dark mode feature, for over a year now. The Google Chat version, in-built with Gmail, also has the feature for quite some time.

So, this means that Google is just catching up with the web version of the Google Chat app.

Ever since the pandemic hit the world, many employees are working from home. For many, this means those long night hours. So, the dark mode on Google Chat for the web improves usability for such users during low light conditions.

As per the official blog, there is no admin control for this feature. In order to turn on this dark mode, you need to navigate to either chat.google.com or the Google Chat PWA, and select Settings > Theme settings, and then select “Dark mode”.

The new feature is rolling out for the web app starting August 20. As the process is gradual, it will take around 15 days for the feature to be available for every user.

If you haven’t received it yet, don’t worry as it might as well be on its way for you. It will be available for all Google Workspace customers. This includes G Suite Basic and Business customers as well.

The introduction of this new feature also hints at Google’s efforts to move people from using Hangouts and switch over to Google Chat.

For those who do not know, the final phase of Hangouts is approaching soon. People who are using Hangouts on their Android or iOS smartphones, are greeted by a banner saying “Hangouts is being replaced by Google Chat.”

Besides, this new dark mode feature for Google Chat may be a good enough reason to switch over to the app. 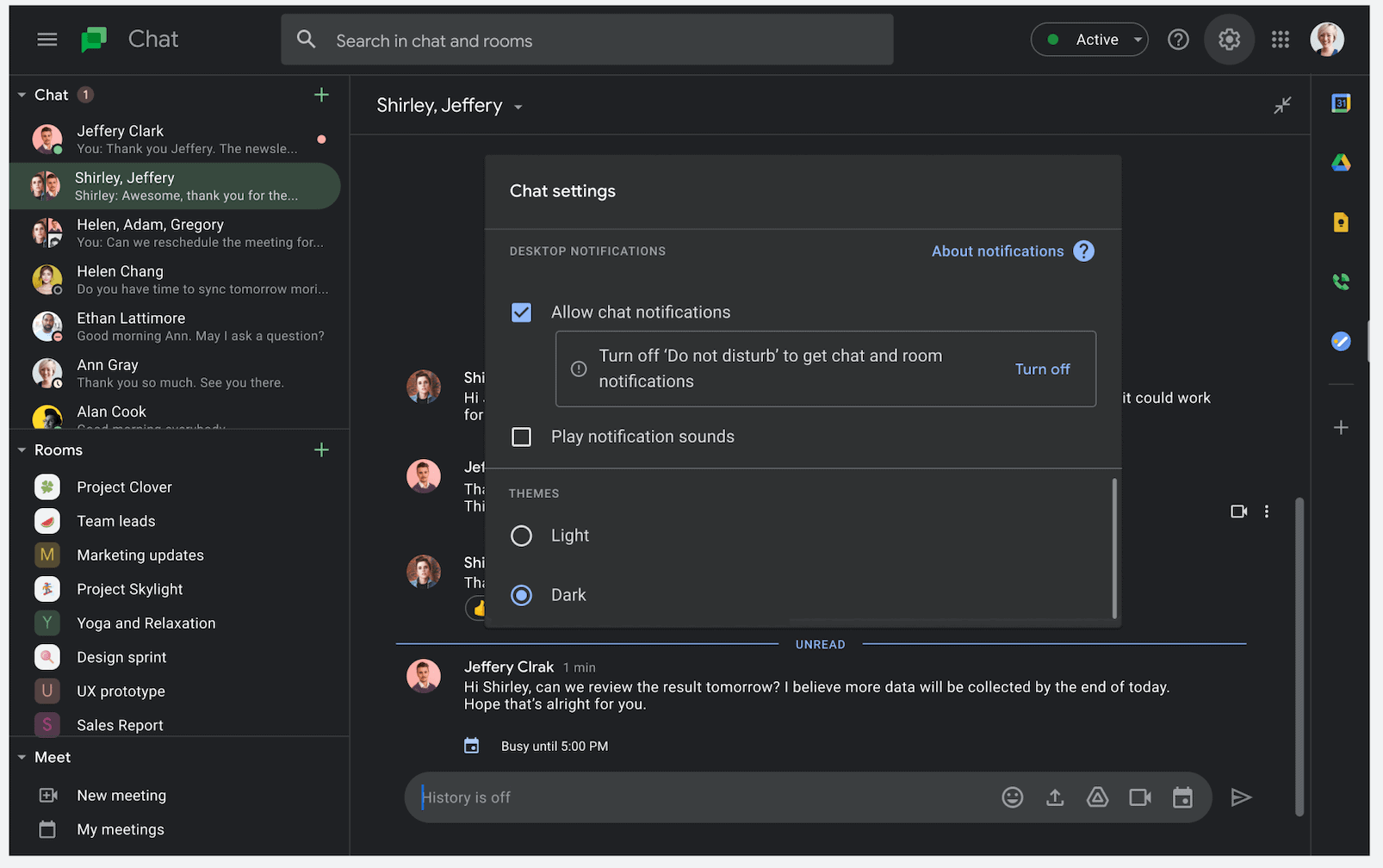