Skip to content
Advertisement
Trusted By Millions
Independent, Expert Android News You Can Trust, Since 2010
Publishing More Android Than Anyone Else
35
Today
135
This Week
821
This Month
6533
This Year
116503
All Time
Advertisement Users participating in the Android 12 beta program can now turn on Material You theming in Google Chrome. That’s according to recent reports detailing the discovery of the feature in Chrome Canary on the platform.

As might be expected, the feature is still in beta form. So there are some page and browser UI elements that aren’t themed. Such as the context menu, which still utilizes standard UI elements. But much of the work on the feature appears to be completed. With the browser theming UI for its New Tab page, Discover Feed, and more directly from colors found in the wallpaper on a given device.

Of course, Material You is an integral part of Android 12. And, as shown in the browser implementation, Google designed the feature to re-theme devices based on colors accenting the wallpaper users have set. But that also limits the availability of Material You in Google Chrome for now. In fact, users will need to both be participating in Android 12’s early access programs and have the Canary version of Google Chrome installed.

Then, users will need to turn on two flags by navigating to the “chrome://flags” URL and entering the correct terms in the search bar. Specifically, by searching first for “theme-refactor-android” and then “dynamic-color-android.”

Once discovered, those settings will need to be set to “Enabled” and “Enabled (full),” using the associated drop-down menu. Then users will need to restart the browser. With the potential that it will need to be restarted multiple times to take effect.

As has historically been the case with Android, users will of course need to wait for their OEM to launch Android 12 before they gain access. That’s if they aren’t on a handset that’s part of the test program for Android 12 and if they haven’t updated to the still-buggy beta. And that’s a process that can take some time already. But Google isn’t expected to launch the full and finalized version of Android 12 until sometime in September. 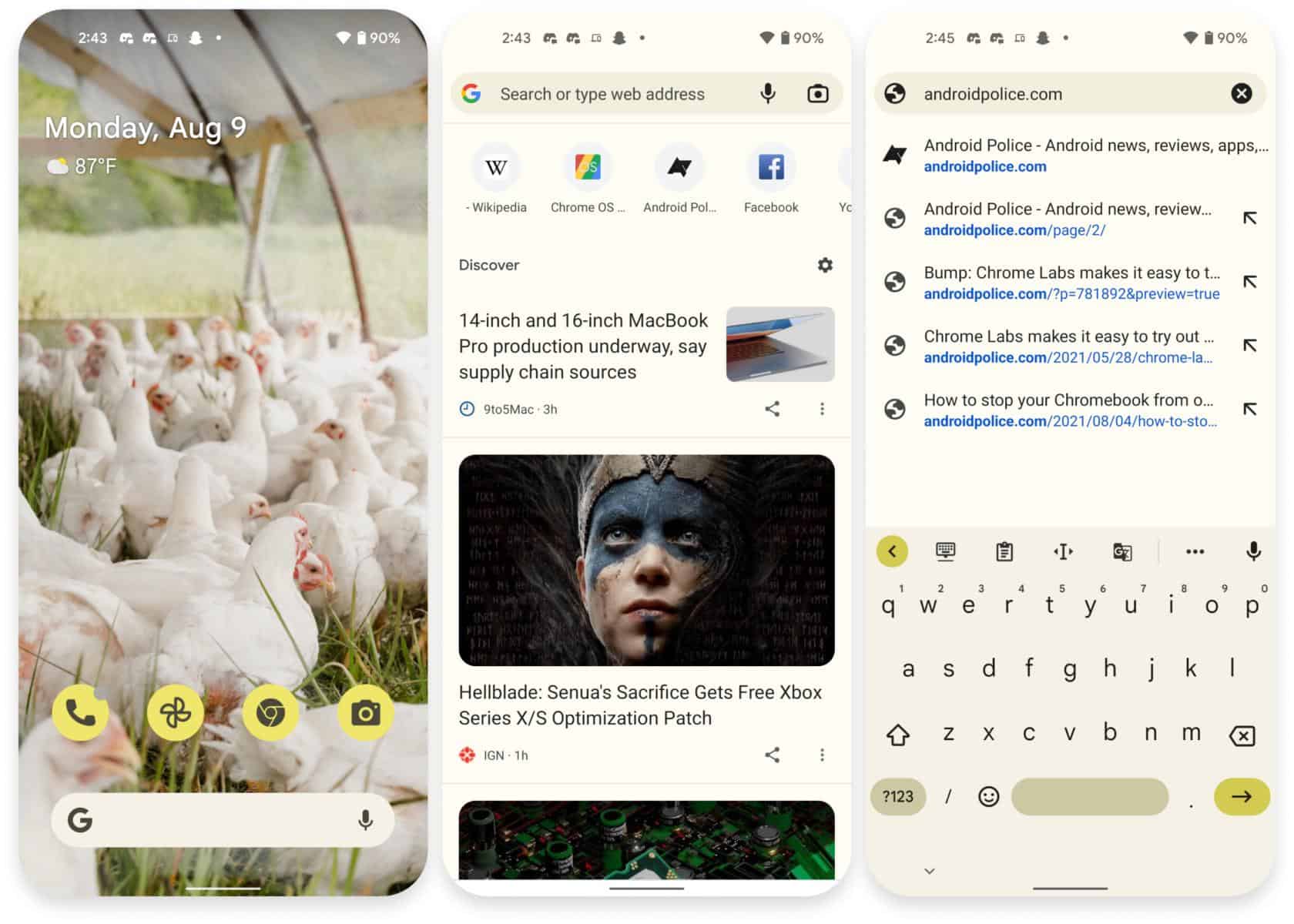