When sending sensitive information to another person, you want to make sure that it won’t be seen by the wrong person. Because of this, WhatsApp is testing out a new view once feature. This was spotted by Wabeta Info.

Disappearing messages is a feature that’s been gaining in popularity. Messaging services like Telegram have already implemeted this feature. Once the message has been marked as viewed, it will no longer be able to be viewed again. This is helpful if you want to send a message that only one person is meant to see.

The feature is in beta form for WhatsApp Android app. Those who are signed up for the beta should be able to use this feature, but others will have to wait until the new update rolls out to the public. WhatApp’s version of the view once feature will work much the same way.

When receiving a photo or video set to view once, you will be notified before opening it. A popup will appear, saying that the photo/video will disappear once it’s closed. If the recipient doesn’t have the feature enabled, the content will still disappear.

There are a few things to consider with this feature

While having disappearing messages is great for privacy, WhatApp’s implementation has a few areas that could lead to unwanted views. WhatsApp doesn’t have any sort of screenshot detection. This means that a photo set to view once can be saved if the recipient decides to take a screenshot. Services like Signal and Telegram have screenshot detection.

If there’s no screenshot detection, there’s also no ability to detect if a screen recording app is being used. This means that videos aren’t safe either. WhatsApp will need to fix this in the near future because the lack of any sort of screen capture detection defeats the purpose of having a view once feature.

One thing that seems like a large oversight is that fact that blocked contacts can view content set to view once. This is huge, as that last people you want seeing sensitive content are ones you blocked. While you won’t be able to send the content to blocked contacts directly, if both of you are in a common group, they can see the content.

The feature is still in the testing stage, so it will be a wait for most people to get it. At the moment, it’s still missing certain security measures that would make it completely safe. Hopefully when the official version launches, these will be fixed. 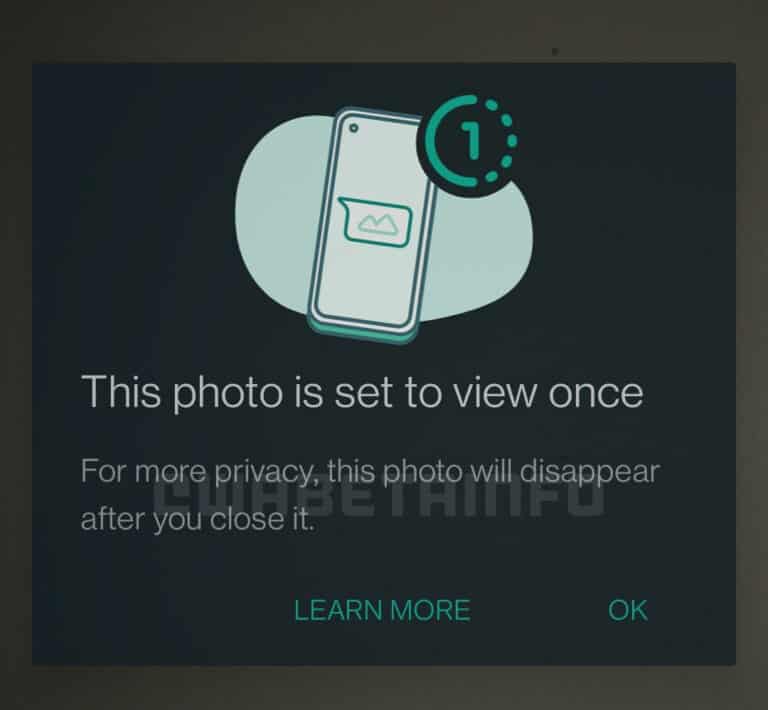