A VPN isn’t something that you absolutely have to have, but it is something that is a good idea, and right now the best VPN deal available might be the offer from Ivacy, which is currently having a sale on its VPN that makes it 90% off for the 5-year plan. That brings the price down to $60, which is billed up front and as a one-time cost for the 5-year period.

In terms of what that costs monthly, it equals about $0.99 per month if you were to be paying for a monthly subscription. Which is pretty inexpensive, especially when you consider that Ivacy would work for virtually any of your platforms. Including Windows, Mac, Android, iOS, Linux, Firefox and Chrome browsers, and even console browsers.

Why Ivacy might be the best VPN deal available 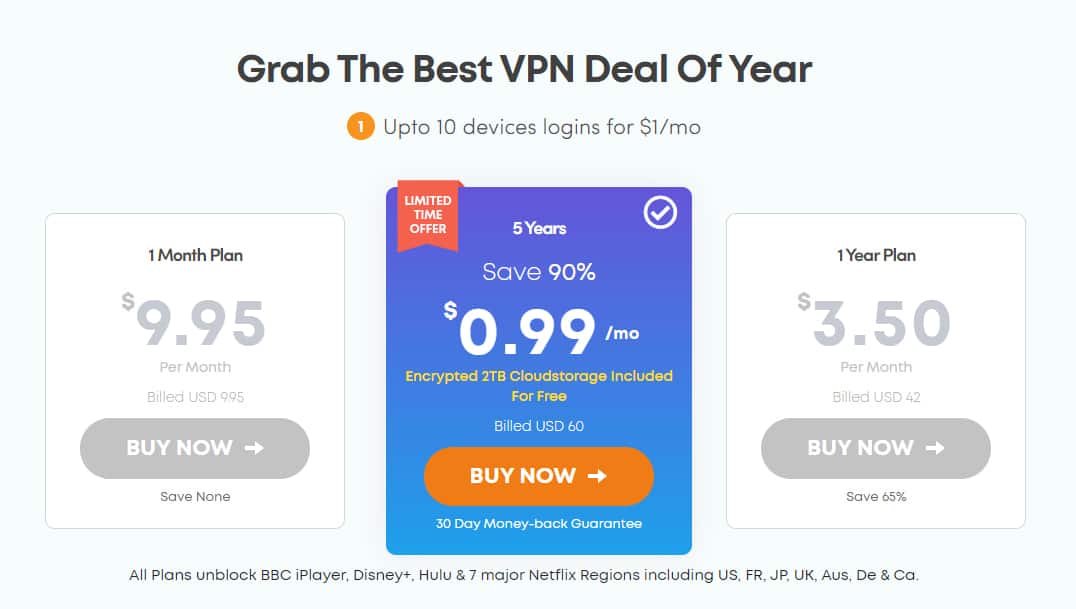 If all this sounds like a pretty good deal, that’s because it is. But cost is not the only factor here. And the value for that discount can’t be held up on price alone. So what makes Ivacy VPN a great choice for a VPN when the savings are this good? One of the most notable reasons why it’s worth considering is the number of devices that can use it at once.

Login to Ivacy on 10 devices simultaneously

The point of a VPN is to protect your IP and sensitive data. Or to access content from other regions if that content happens to be region-locked. Or it’s both of those things. But that only goes so far if you can only use a VPN on one device at a time.

If you need the VPN to be available on multiple devices, then Ivacy can help. Because you can log into your Ivacy account on up to 10 devices simultaneously. Meaning you could in theory, have it running on your PC, your smartphone, your iPad, and your PS4 all at the same time. And still have room for a few more devices if anyone else wants to use it.

You can unblock Netflix, Disney+ and more in various regions

For Netflix specifically, it’ll unlock content from the US, France, Japan, the UK, Australia, Germany, and Canada. Also worth noting is that all plans offered by Ivacy unblock this content.

If all of that wasn’t enough, Ivacy also has the servers to keep people protected and connected. In total it has over 3,500 servers around the world, stationed in over 100 different locations. So it has a very large pool of servers to tap into from a ton of different regions.
This includes countries like the US, Canada, New Zealand, Denmark, Mexico, the UK, France, Japan, Belgium, Spain, Chile and more.

Ivacy has won awards for being the fastest VPN

According to ProPrivacy, Ivacy VPN is the best VPN available for speed. And when it comes to VPNs, speed is an important thing. The last thing you want is to connect to a VPN and have it tank it your download and upload speeds.

Ivacy’s website doesn’t mention specifics in terms of download and upload speeds, but it does state that you get superior speeds for both. Which is a good thing if you plan to use a VPN for streaming content, downloading content, or even playing games.

Overall, there are a lot of different perks that having a VPN like Ivacy can offer. And with the prices it’s offering the 5-year plan for, you’ll be hard-pressed to find a better VPN deal out there than Ivacy VPN.