A new leak pertaining to the Samsung’s Galaxy Z Fold 3 camera array could come as a disappointment for fans of the selfie. Or at least to those that are fans of high-resolution selfies. According to a recent report, the most future-forward feature on the gadget might not be built around a future-forward sensor.

The potential disappointment stems from Samsung’s expected use of an in-display camera sensor on the Galaxy Z Fold 3. That sensor is no longer expected to be buried in an unsightly punch-hole cutout in the interior display of the foldable. Instead, it’s expected to be directly under the screen with no holes at all.

The caveat, based on a recent tip from one South Korean YouTuber, is that the camera could be as low-res as a 4-megapixel snapper. For clarity, smartphones haven’t really used such a low-pixel count for cameras since the early 2010’s. And there, that was mostly on budget-minded handsets. Samsung has, by comparison, primarily stuck to 8-megapixel cameras or better. The Samsung Galaxy S10 through the Galaxy S21 have all featured 10-megapixel snappers.

That’s setting aside that the most recent version of the Galaxy Z Fold series utilized its most advanced 10-megapixel snapper to date. With a Pixel size of 1.22μm, FOV of 80-degrees, and aperture of F/2.2. So dropping down by 6-megapixels could, if this isn’t a typo or otherwise inaccurate, present a serious problem. At least for those users who love hight-resolution selfies.

This wouldn’t, potentially, be the only disappointing thing about this selfie camera

Another big issue with this leak stems from prior reports about the Samsung Galaxy Z Fold 3. Most prominently, those have suggested that the camera won’t be made completely invisible by the overlaying pixels. Instead, reports have suggested that users will still see a notable difference in the display covering the camera sensor. So any drop in resolution — again, that’s if this most recent leak is accurate — would not necessarily be a good look for this phone’s cameras. 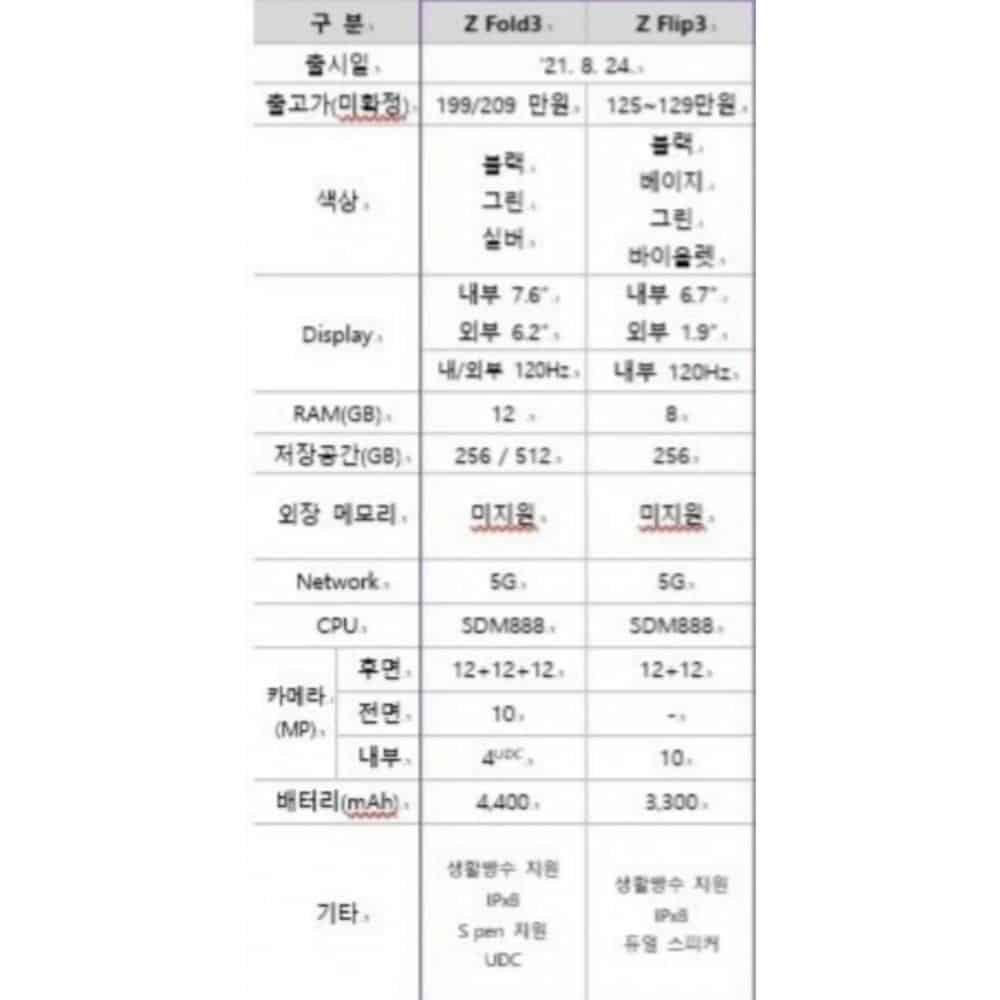