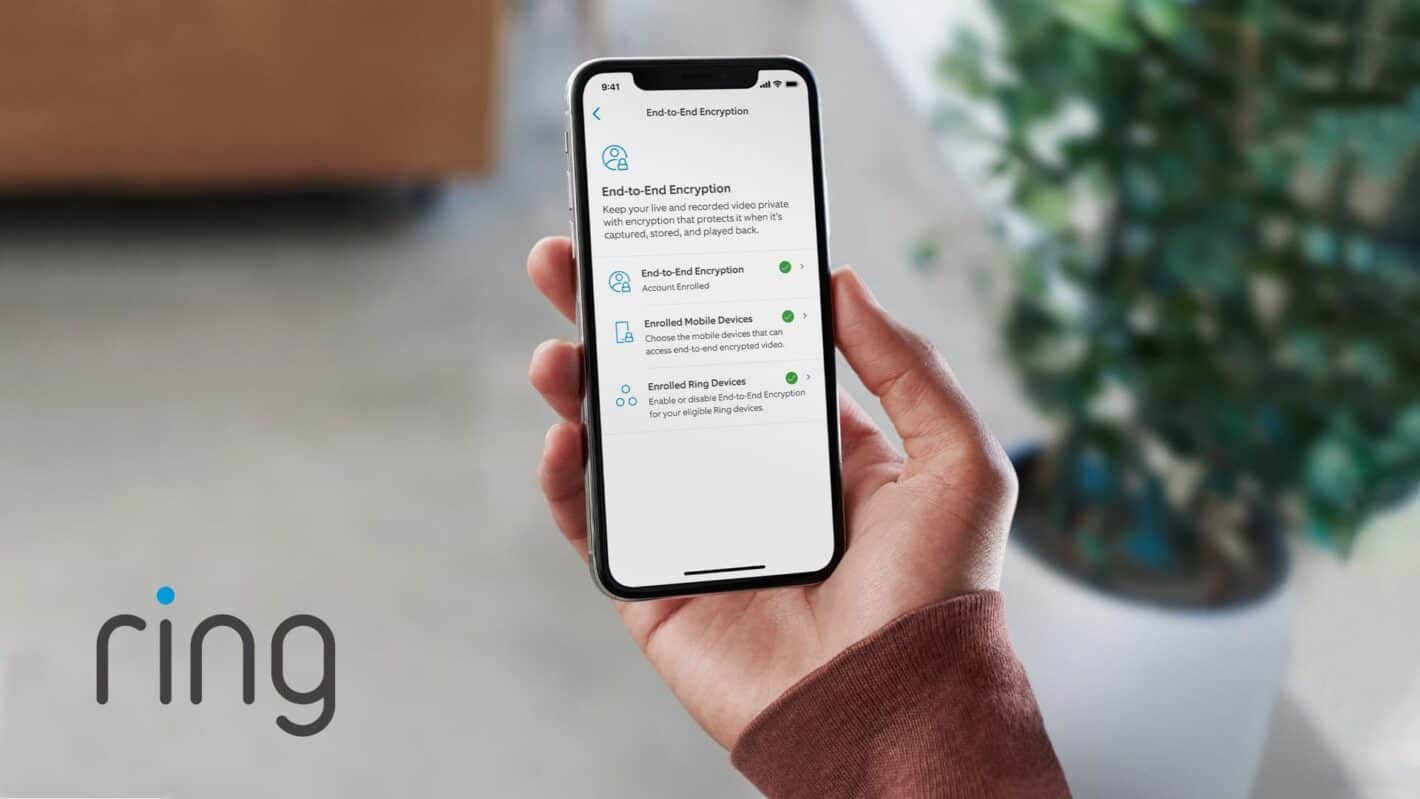 Popular Amazon-owned smart home security company Ring has now officially taken its end-to-end encryption out of its technical preview phase. That’s based on an announcement made by the company today, detailing what that means for end users.

Initially launched as a preview in the US, end-to-end encryption effectively means that not even Amazon or Ring will have direct access to footage captured by Ring cameras. Whether that’s a doorbell or pop-up cam. In fact, the company is supporting it on no fewer than 13 of its products.

End-to-End Encryption for Ring gadgets is also going global, among other changes

What’s more, although the original preview was only made available in the US, the company also says that it’s expanding the reach for end-to-end encryption. Where allowed by local laws, the feature is now rolling out globally.

The company also announced a few new features for Ring, geared toward privacy and security. Starting with support for Authenticator Apps for two-step verification. Meaning that users won’t need to rely on less secure methods, such as text messaged OTP, for protecting their accounts.

CAPTCHA is another key feature that Ring is adding to the Ring and Neighbors app. That acts as another layer of security, albeit one that’s geared toward automated log-in attempts.

Finally, the company announced a new self-service solution when it comes to device transfers. That will be rolled out in the “coming weeks” rather than immediately. But what it will add is the ability to automate the self-service process. In effect, allowing Ring users to transfer ownership of their Ring devices when they decide to upgrade.

With the service in place, the new owner of a used Ring device will be able to scan it into their own system. That will trigger an alert for the original owner, so that they can remove the device from their account to complete the transfer.

You’ll still need to turn this feature on

Of course, the headlining feature here is end-to-end encryption for Ring products. But Amazon isn’t enabling this by default either. So those who want to take advantage of it will need to opt-in via the Ring app.

To accomplish that, there are only a few steps to follow, starting with updating the Ring application itself. Once the latest update has been installed, users will need to open the app and navigate to the “Control Center.”

In the Control Center, users should first tap “Video Encryption” and then the “Advanced Settings” option. From there, a tap on “Video End-to-End Encryption” should start the process via easy-to-follow in-app instructions.