This is an excellent time for gamers, as only a day after the announcement of the Steam Deck, we now know that QuakeCon At Home is coming back. The online event will last from August 19th to the 21st. It will involve live streams, giveaways, charity donations, and tournaments. There will also be updates on future games and appearances from developers. This news comes to us straight from the Bethesda site.

Bethesda is going to be bringing a lot of people from around the world to participate in the event. They will include people from different Bethesda teams, but there will also be influencers present, though the company has not stated who. The influencers will most likely include popular streamers on Twitch.

This event will be raising money for charity

One core part of QuakeCon At Home is its focus on charity. Bethesda partnered with certain charities to donate to. Over the years, QuakeCon has donated money to local and international charities, and that doesn’t change for 2021. This year, money will be donated to Asian American Advanced Justice (AAAJ), UNICEF, NAACP Legal Defense and Educational Fund, and The Trevor Project. Those are just the charities on the list, so there may definitely be more.

If you want to donate to charity and score cool sweatshirts, then that’s also an option. You will be able to buy the adorable “Pugcubus” sweatshirt during the event. Bethesda partnered with Custom Ink for this initiative. The money that Custom Ink gets from shirt sales will be split between Dallas Pets Alive and FOUR PAWS.

Join the conversation with the official QuakeCon Discord server

If you want to be involved in the conversation or keep up with updates, you can join the Discord server. This will be a great way to keep up with any news about the event, what to expect and who will be there. It’s worth joining. Click here to join the server.

There will also be giveaways

On the site, it mentions that there will be giveaways. Unfortunately, the company doesn’t go into too much detail as to what will be given away. More information will come to light as we get closer to the event. QuakeCon At Home will be kicking off at 2PM EST on August 19th, so be sure to mark your calendars. 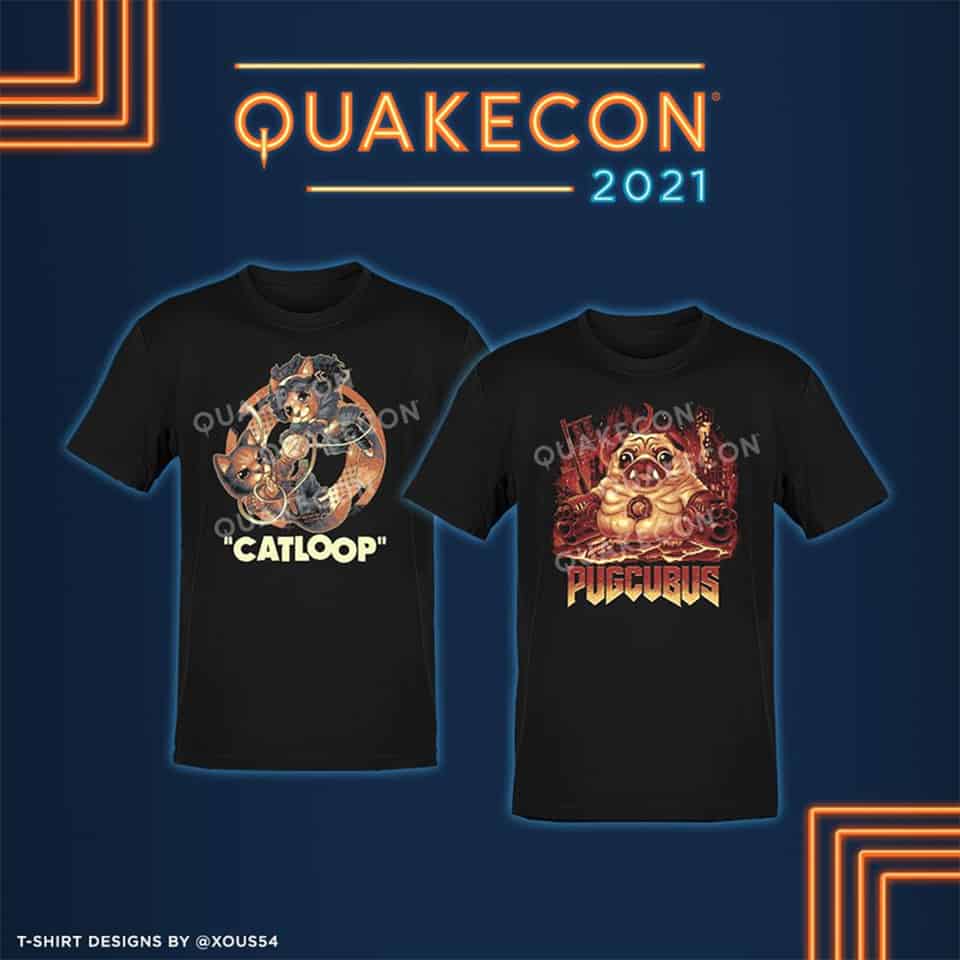