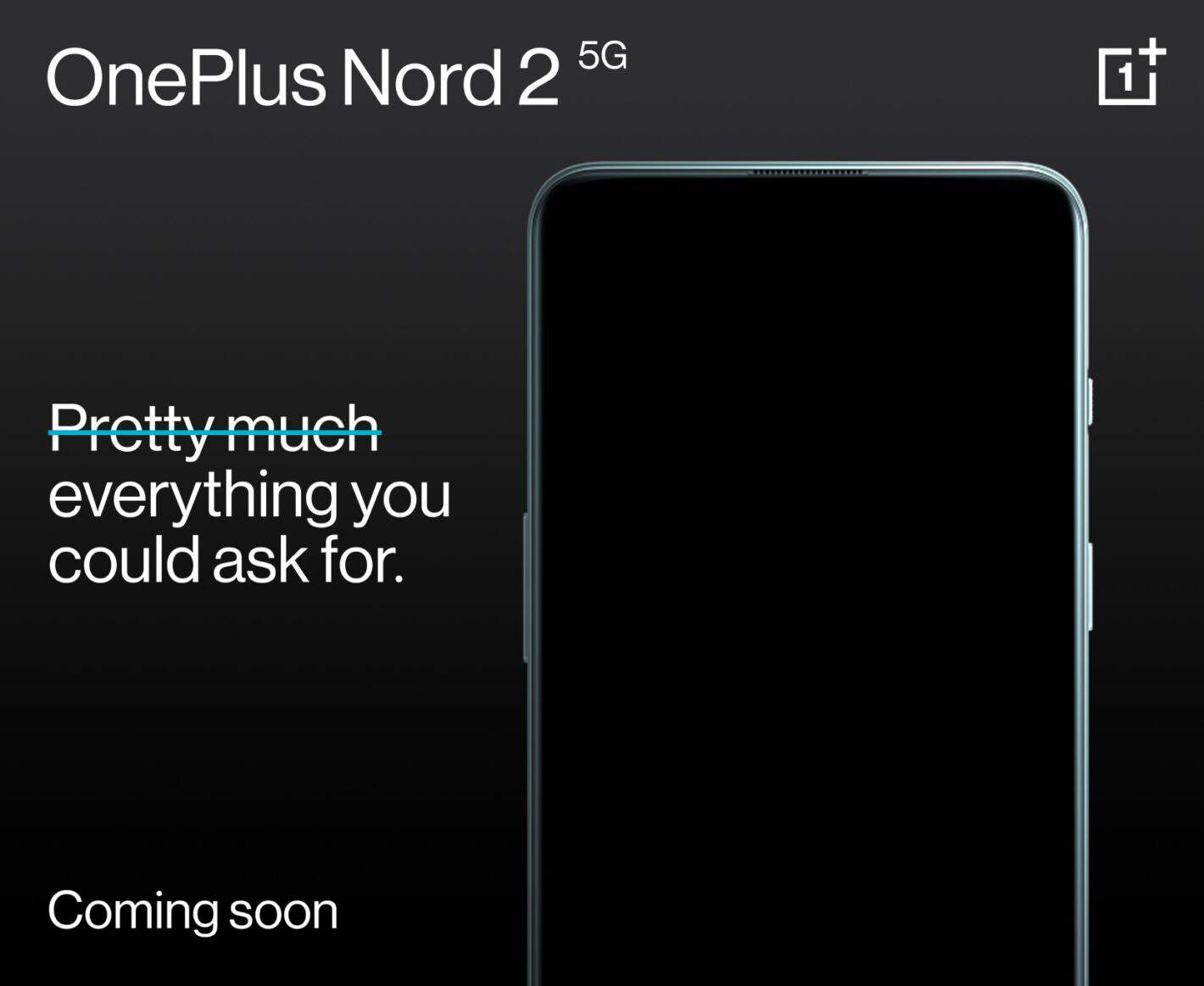 Along with smartwatches, OnePlus has been making moves in the budget smartphone market recently with its Nord series of smartphones. The company has just confirmed the OnePlus Nord 2 5G. Based on the specs, it will be a welcome improvement over the previous generation.

Last year’s OnePlus Nord used the Snapdragon 765G, which is a pretty capable midrange chip. This generation will be using the MediaTek Dimensity 1200. This is an octa-core SoC that uses the ARM Cortex A78. It will be a jump in power over the Snapdragon 765G, but just under flgaship grade.

Based on the name, this phone will be a 5G capable handset. The technology is trickling down to cheaper handsets, but we’re not sure what bands it will be using.

The camera package will be a triple camera setup

According to Android Central, the OnePlus Nord 2 5G will have some camera improvements over the last generation. The main camera sensor will be a 50-megapixel sensor. It will be accompanied by an 8-megapixel ultrawide camera and a 2-megapixel depth sensor.

Up front, it will have a 32-megapixel selfie camera. The tweet shows the front of the device, but it doesn’t show any sort of indication of a punch hole or notch. It will most likely have a punch hole on the top left of the display just like the previous OnePlus Nord phones.

The battery and software are pretty typical

The OnePlus Nord 2 5G will have a decently sized 4,500 mAh battery keeping the lights on. That’s an almost 10% boost from the 4,115 mAh battery in the first generation Nord.

As for the software, it will be running OxygenOS 11 out of the box. This is based on Android 11. It’s also guaranteed two major Android updates from launch.

The price will be the same as last year’s model

For the time being, we only have the price for the UK and India. The OnePlus Nord 2 5G will be launching at 2,499 Indian Rupees and 299 English Pounds. This translates to just over $412 in the US. That may be rounded up or down to a more typical amount.

This is the same price that the first generation OnePlus Nord launched at. This is a good deal, seeing as you’re getting a more powerful SoC, camera improvements, and a slightly bigger battery.

We’re still in the dark about the display

Last year’s OnePlus Nord had a really capable display. It was a 6.44 inch FHD+ (2400 x 1080)  AMOLED display that was able to run at 90 Hz. We can expect the OnePlus Nord 2 5G to have a display that’s similar to this, if not better. More specs about this phone will come into the light as it nears its official launch.