OnePlus has been hitting the headlines recently with its OnePlus Buds Pro and Nord 2. The latter has just had a pretty big leak. Thanks to the popular leaker Evan Blass, we know that there is a red OnePlus Nord 2 coming.

The red OnePlus Nord 2 will resemble the OnePlus 9

It’s very common for mid-range phones to look similar to their premium siblings. This goes for the OnePlus Nord 2. This device just had its design recently leaked, and it is almost a splitting image of the OnePlus 9. The display will have a punch-hole selfie camera on the upper left and the rectangular camera package present on the OnePlus 9.

OnePlus differentiates itself from the competition by launching a red version of its phones. Not many OEMs release a red color variant of their devices. The last OnePlus phone to have the red paint was the OnePlus 7.

Now, thanks to the new leaked image, we see that the OnePlus Nord 2 will now have the red color. This will be the first mid-range OnePlus phone with it. 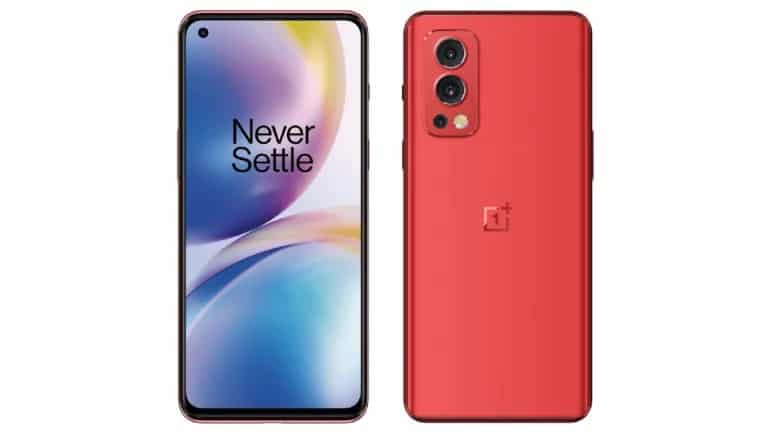 OnePlus’ Nord line of devices represents the company’s attempt at capturing the budget-conscious user market. These phones offer a varying amount of bang for relatively little buck. The OnePlus Nord 2 will be the most powerful Nord phone, almost nipping at the heels of premium phones.

The OnePlus Nord 2 will be powered by the MediaTek Dimensity 1200 SoC, which is a pretty decent processor. As for RAM, there will be a variant with 8GB of RAM and one with 12GB of RAM. The display is expected to be an FHD+ AMOLED panel with a 90Hz refresh rate.

Keeping the lights on will be a 4,500mAh battery. It will be running OxygenOS 11, which is based on Android 11. It’s expected to get at least one major Android update in its lifetime.

As for the camera, it will be rocking a triple rear camera setup. The main camera will be a 50-megapixel sensor with an 8-megapixel ultrawide camera and a 2-megapixel depth sensor. Upfront, there will be a 32-megapixel selfie camera.

If you are really looking forward to picking up a red OnePlus Nord 2, it will be announced along with the other colors come July 22nd. We don’t know the price just yet. The OnePlus Nord launched last year at a price of £379, which converts to just under $520 USD. If it does launch in the states, we can expect the price to hover around the $499 – $599 range.