Google Photos is an ever-growing and changing platform. It’s been gathering improvements over the years and even merged with Google Lens. A new Google Photos feature is currently in the works. It will give you the ability to ask your contacts to send you pictures in bulk over the app. This upcoming feature was spotted by @wongmjane on Twitter.

There is currently the option to send pictures to your family and friends with Google Photos. All you have to do is select the photos that you want to send and then pick the contact that you want to send it to. While this is quick and convenient, there’s no way to ask for photos on your end.

This is where this new Google Photos feature will come in handy. With this feature, you will be able to send contacts a request to have them send photos to you. This could be good for groups of people who take pictures on different devices. They can request the picture that they missed.

One main focus of this feature is bulk sharing

While this feature is definitely useful with sharing a singular photo, its main focus deals with bulk sharing. This makes it a lot easier to share a bunch of photos with a person. When it comes to sharing photos, more people probably share multiple photos than just one. This makes sense as people are more likely to ask for photos from a big event, one that requires a lot of pictures.

How this will work

This new Google Photos feature will work with shared albums. The screenshot shows a shared album with the “Ask friends for photos” button right above it.” When you tap it, it will send a link to the owner of the album. We don’t know if this will send the entire album or if you will have the ability to pick and choose which photos you want. If you don’t have the ability to pick which photos to be sent, then hopefully you will be able to in the future.

We don’t know when to expect Google to launch this feature to the public. This could be a limited test or beta, at the moment. If this is a feature that you’ve been wanting, then you should check your Photos app to see if there are any new updates. 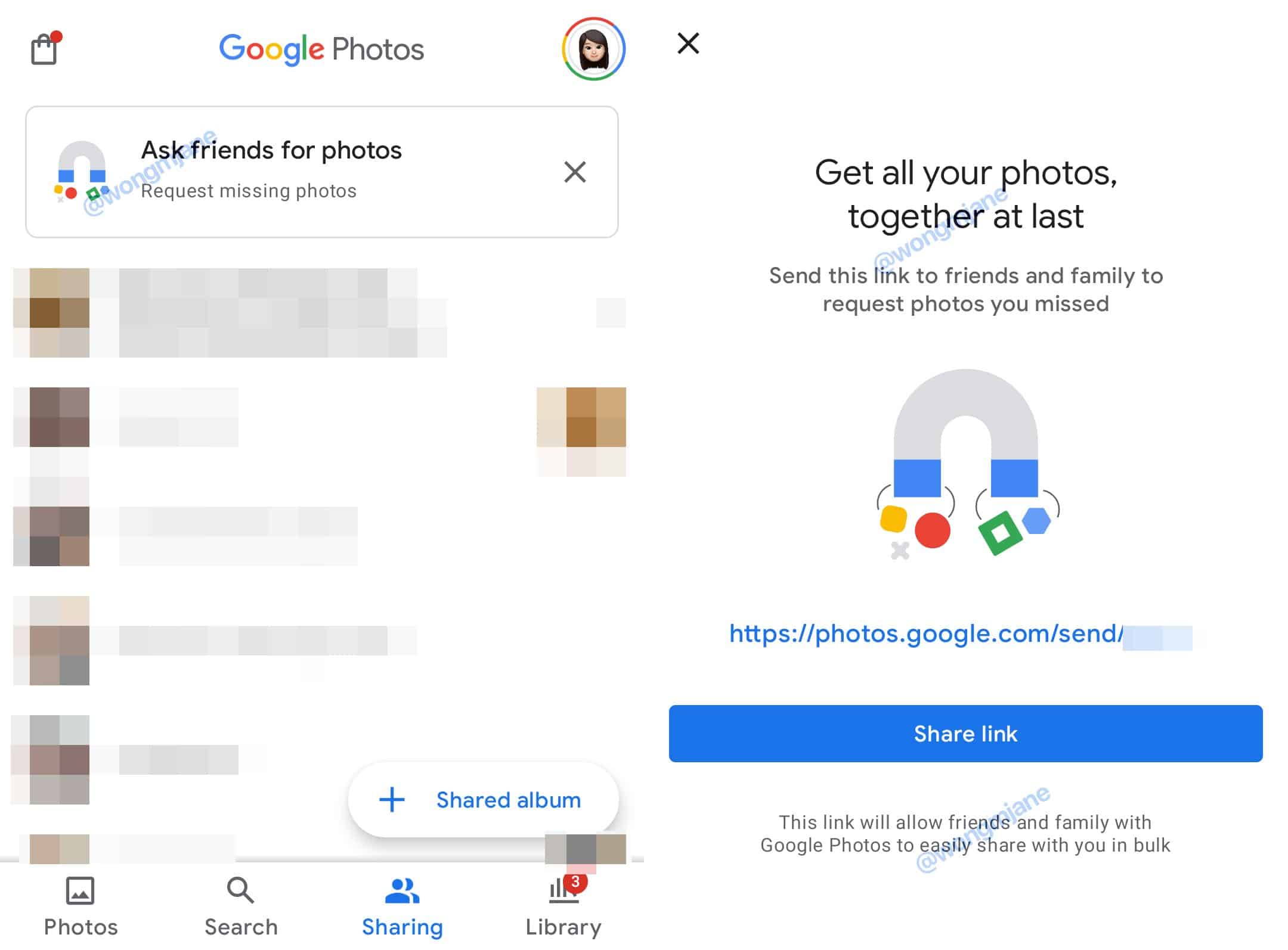