Skip to content
Advertisement
Trusted By Millions
Independent, Expert Android News You Can Trust, Since 2010
Publishing More Android Than Anyone Else
25
Today
142
This Week
666
This Month
5169
This Year
115181
All Time
Advertisement

Netmarble’s long-awaited Marvel Future Revolution will launch at the end of next month. What’s more is that this will be a global launch for the game. The game will be landing for both Android and iOS devices and is currently open for pre-registration on Google Play and the App Store.

Marvel Future Revolution is a free-to-play open-world action RPG, following the events of Marvel Future Fight. In Future Revolution, the setting for the story sees multiple earths from the multiverse converge to create primary earth. The game will feature numerous unique zones including New Stark City and the Hydra Empire.

There’s also going to be eight playable super heroes from the start of the initial launch. This includes Star Lord, Captain America, Black Widow, Storm, Spider-Man, Doctor Strange, Captain Marvel, and of course Iron Man. But more will be added to the game post-launch and beyond. 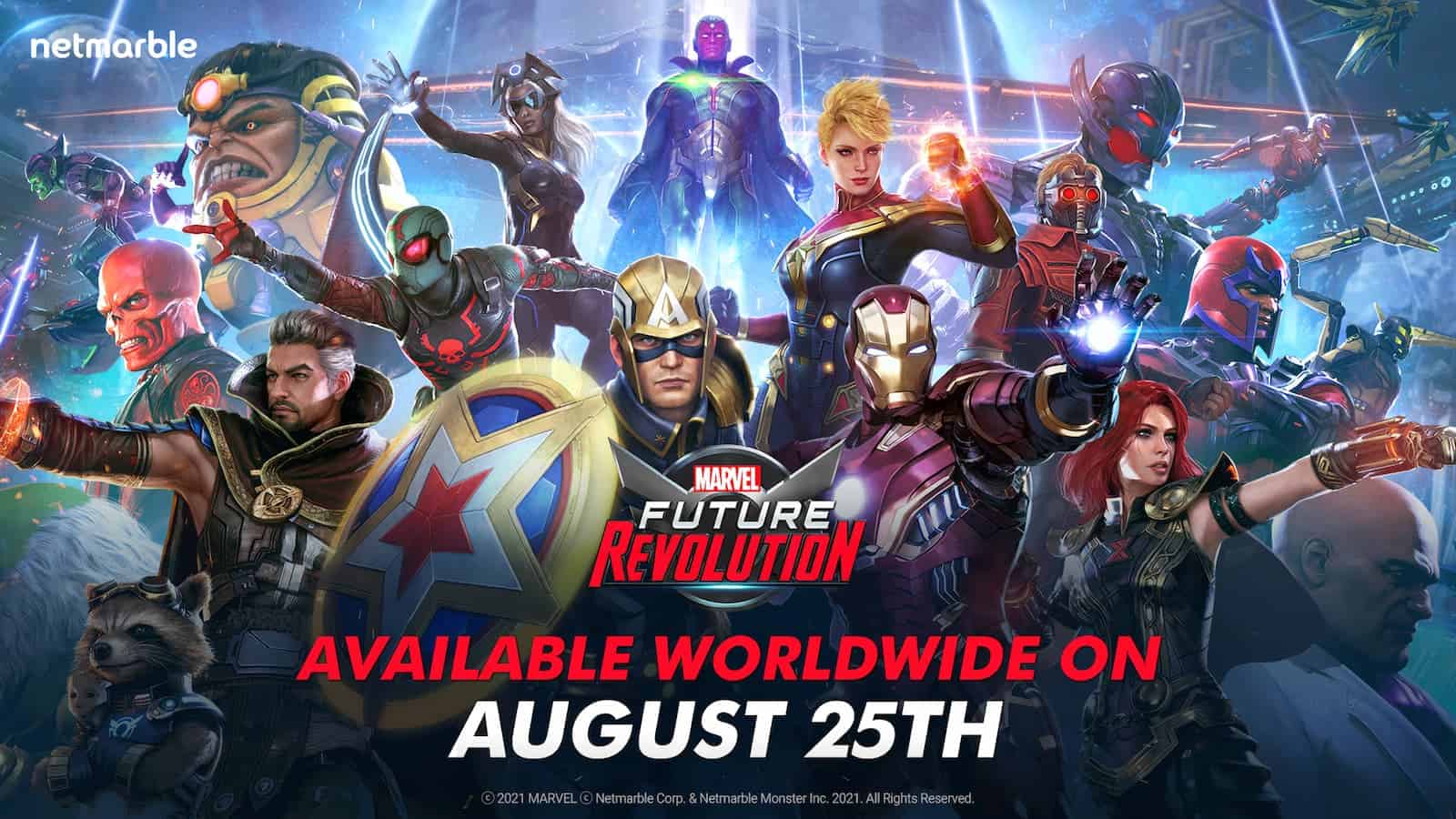 The official release date for the game will be August 25, and as mentioned in a post earlier this year, you’ll get some sweet rewards if you pre-register for the game.

This includes your choice of a special costume for one of the eight playable heroes. But keep in mind you can only choose one and you have to stick with it. So make sure you pick a costume for someone you’re most excited about.

Speaking of costumes, Netmarble says that each hero will have around 400 million costume combinations between all of the elements that you can customize to make up the whole costume. So if you like customizing your characters in games, it seems you’ll have a lot of freedom with that here.

In addition to announcing the release date for the game, Netmarble is also holding a livestream this evening at 5PM PST. During this livestream it will be showing off some new footage of the game, where it should be “exploring the worlds of Marvel Future Revolution.”

So it sounds like players will get their first look at some of the different zones that will be available. You can watch both the livestream and the new launch trailer below.