Lightricks has made a huge announcement that their chart-topping Videoleap app is coming to Android. Traditionally, many of the best video editing apps have been iOS-only, so this represents a big step up for creators using Android phones. They’ll be able to install it through the Google Play Store like any other app.

“Creating accessibility within the Videoleap community has always been a part of the plan, and we’re excited to announce this strategic expansion of our offering to Android users everywhere,” said Lightricks Chief Product Officer Daniel Berkovitz in a statement released on Tuesday.

“We’ve seen a huge influx of paid iOS subscribers throughout the year,” he expanded, “and we’re ready to enter a new space with Android users, who we know are eager for the same state-of-the-art capabilities our Videoleap app offers iOS users.”

Berkovitz can almost be accused of understating the success of Videoleap to date, as the app has seen a massive 70% growth in users in the last year, according to the app publisher. This takes it to nearly 20 million videos created per month. It also has a reputation for quality, with a 4.5 star rating on the Apple store across over 50,000 reviews.

Much of this growth has been driven by the increase in demand for video content enabled by ever increasing download speeds. Tiktok has been the standout beneficiary of the consumer shift toward the video format, and 47% of Videoleap’s user base creates video content for this platform. There are 2.7 billion views of posts tagged “Videoleap” on Tiktok, drawing 2.7 billion views to date.

It’s been a frustration for Android creators that our peers using iPhones have had access to greater tools than we have. It’s left us at a competitive disadvantage, even if we have better skills in other areas such as comedic timing and creativity. Lightricks’s announcement levels the playing field and introduces the potential for a large scale increase in professionalism of videos uploaded.

Instagram recently doubled down on its plan to focus on video content, which makes apps like this even more valuable for creators. Many social media industry experts anticipate that those who previously focused on the photo format will need to adapt their strategy to keep up with the Instagram algorithm and ensure their posts are seen by a large audience.

This suggests there will be many searching for the best app to use, and now they will have the option to choose Videoleap.

The monetization factor of content creation has become increasingly important, and tools like Videoleap can be seen as investments to grow rather than the domain of hobbyists. Creators can make calculated decisions and expect a return on producing higher quality content with professional editing.

Desktop power in the palm of your hand 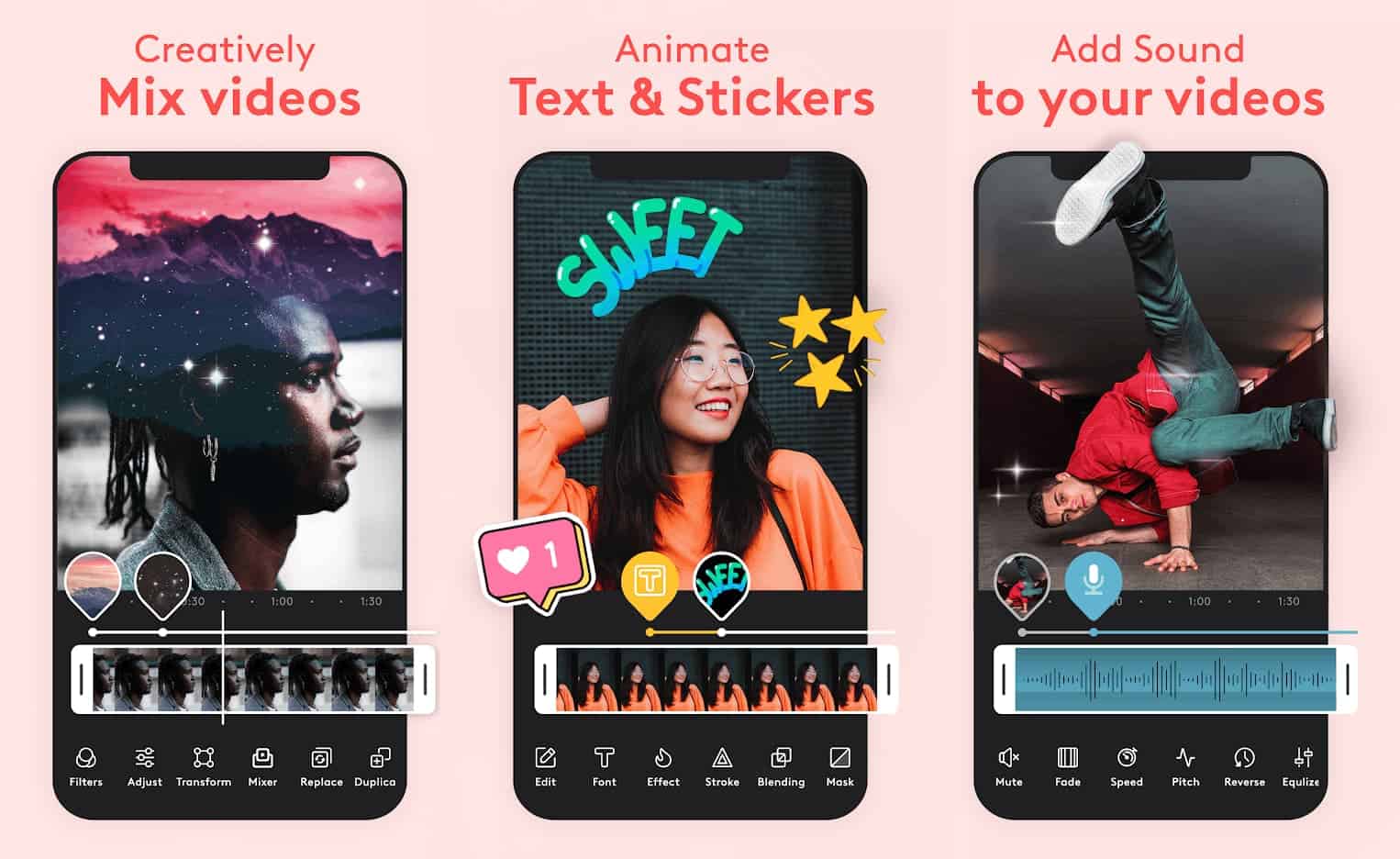 What makes Videoleap’s announcement significant is the power of the tools available in the app. Features that one might traditionally expect to only be available in desktop apps are included and simple to use.

There are both free and premium versions. This makes it easy for a novice user to produce simple effects for friends and family, while more serious creators can achieve Hollywood-level production polish all from their phones.

Some of the key features include:

We can expect a similar large amount of downloads for Videoleap. Lightricks has clearly built products that have resonated with Android users, many of whom have been eagerly awaiting this release. By creating a high-quality suite, they ensure strong customer loyalty, and it increases the chances for success.

Creators who are already active with video editing on Android currently use other apps, so it will be interesting to see how many switch across to Videoleap because of their brand trust in Lightricks. Based on the average rating, it would be fair to assume this could be significant.

Notably, other apps such as Artleap, Beatleap and Photoleap in Lightricks’s Creative Kit have yet to debut on Android. We could see the situation in the new future where all of the Apple-exclusive tools are available, which would empower users. Some will decide to stay within the Lightricks line of products, where they are comfortable with the UI.

The release of Videoleap is an important forward step for the Android creator community. They are enabled to access the same power and ease of use available to their Apple peers, which should allow those lagging behind to catch up.

We could see the quality of video-editing apps increase across the board to attempt to match the standard Videoleap sets. The ecosystem of apps which Lightricks has created makes this a tough act for others to follow.