Motorola recently announced an event for August 5 in China, where it will unveil a new batch of smartphones. The Edge 20 series will likely break cover at the event. Ahead of the impending launch, all three models – vanilla Edge 20, Edge 20 Lite, and Edge 20 Pro – have leaked in high-quality renders, revealing the phones in great detail.

To be fair, there hasn’t been any dearth of Motorola Edge 20 leaks recently. But the latest leak provides us exclusive renders of all three models, in all the color variants, and with some key specifications.

The Motorola Edge 20 Lite will come in two color options: light blue and black. The phone has a squircle camera bump on the back, which is quite protruding. It houses three cameras and an LED flash. Earlier leaks suggest the phone will feature a 108-megapixel primary camera, along with an 8-megapixel ultrawide sensor that will also double up as a macro camera. Motorola offers a dedicated 2-megapixel depth sensor with the phone. There’s a 32-megapixel camera on the front.

Other key specs include a 90Hz display, a MediaTek Dimensity 720 processor, up to 8GB of RAM and 128GB of storage, and a 5,000mAh battery. The Motorola Edge 20 Lite will run Android 11 out of the box.

This phone has its volume rockers and a power button on the right side. The latter also incorporates a fingerprint scanner. The leaked renders reveal a 3.5mm headphone jack, a USB Type-C port, a microphone, and a speaker grille at the bottom. A secondary microphone can be seen at the top while a dedicated Google Assistant is found on the left. 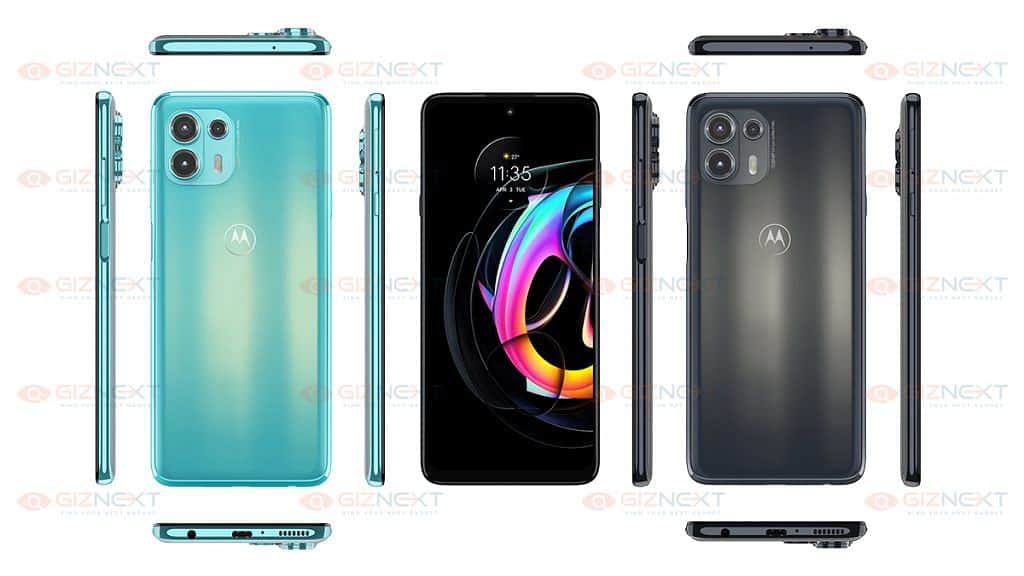 The vanilla Edge 20 also features three cameras at the back, but in a rectangular housing. It’s the same 108-megapixel primary shooter. However, the additional cameras are a 16-megapixel ultrawide-cum-macro lens and an 8-megapixel telephoto lens that offers 3X zoom. The selfie camera is unchanged from the Lite model.

This phone gets the Qualcomm Snapdragon 778G processor, with leaks suggesting up to 12GB of RAM and 512GB of storage. It features a 6.67-inch OLED display with a 120Hz refresh rate. The Motorola Edge 20 is seemingly missing a 3.5mm headphone jack, with the SIM tray replacing it at the bottom. The device keeps the dedicated Google Assistant button. It will also likely get a side-mounted fingerprint scanner.

The Edge 20 packs a 4,000mAh battery and expectedly runs Android 11 from day one. The handset will reportedly come in light blue, black, and white color options. The Pro model keeps the same camera setup from the vanilla Edge 20. However, previous leaks have suggested that the 8-megapixel telephoto lens will offer 10X zoom on this phone. It also features a more powerful Snapdragon 870 chipset with up to 12GB of RAM and 512GB of storage.

The display is a 6.67-inch AMOLED panel and it reportedly hides an under-display fingerprint scanner. The battery capacity comes in at 4,500mAh, but we don’t have any information about charging speeds. The rest of the design is identical to the vanilla Edge 20, with no headphone jack and a dedicated Google Assistant button on the left. As said earlier, the Motorola Edge 20 series will likely arrive next week, on August 5th. There have been reports of a special version for the North American market, which could be a slightly tweaked vanilla Edge 20. Not long to go now before the devices go official.