Recently, Google added a new set of wallpapers for its Pixel devices to mark the upcoming International Friendship Day. Fast forward to now, it is adding some new background images for the Google Keep app.

For the unaware, Google Keep is a note-taking app on which you can create, share or collaborate with people on notes and lists. Moreover, Google Keep syncs across all of your devices, making it easy to take notes or share them.

Google Keep is a part of Google’s G Suite bunch of apps. You can also create voice notes, or even set time-based or location-based reminders.

All such features make Google Keep one of the popular and easy-to-use note-taking apps. However, there are rumors floating around regarding Google Keep getting yanked away in favor of Google Tasks.

Whatever it may be, that is a point of another discussion. Currently, it doesn’t seem to be the case, as Google has added some new background images for the Google Keep app.

As per Android Police, Google is introducing a slight change in the interface of the Google Keep app. There is a new palette icon at the bottom-left. This stores all of Google Keep’s new colors, and background images.

You can make use of the new background images on Google Keep, to add a bit of personalization or funkiness to your notes or lists.

Notably, there is a spaghetti background, which could be ideal for users who are making a grocery list. There are other background images, about which there’s not much known at the moment.

As noted by Android Police, it’s unclear if these new images are in for a test run or are rolling out widely for the users. Apparently, even after downloading the latest version of the Google Keep app, none of the new images appear.

So, it looks like Google will add these new background images to Google Keep via a server-side update. For that to happen, all you can do is wait for your turn.

These new backgrounds do look nice and give a few customization options to Google Keep users. Perhaps Google will introduce these new Google Keep background images to more users in the coming days.

For the time being, you can visit the Google Play Store and see if there is a new update available for the app or not. 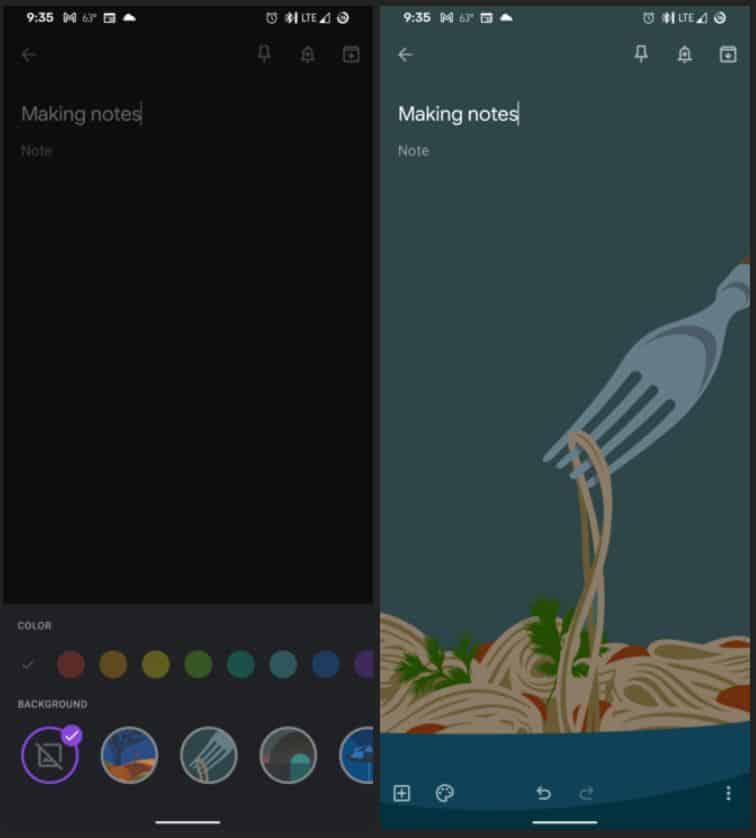