Genshin Impact is getting a Horizon Zero Dawn collaboration as part of patch 2.1. Which will see the latter game’s protagonist Aloy introduced as a new five-star character in Genshin Impact.

miHoYo made the announcement early this morning, a mere couple of days after patch 2.0 was released. The team at miHoYo hasn’t shared details of the next patch yet outside of this collaboration. It clearly wants to keep the excitement level up though, while players are already riding high on excitement for the current content.

Aloy will be available for a limited time, but she’ll also be free. Meaning you won’t have to try and acquire her character in Genshin through the wish system. Aloy is also a Cryo user, naturally wielding a bow as her weapon of choice.

The Horizon Zero Dawn collaboration will stick around through Genshin Impact 2.2

The Horizon Zero Dawn collaboration will start with Genshin Impact 2.1, but it’ll stick around through patch 2.2. This is because miHoyo is making Aloy an exclusive PlayStation character for the first half of the collaboration.

While she will be free, you’ll need to log into the game on a PS4 or PS5 during patch 2.1 to get Aloy. In patch 2.2 however, players who don’t play on PlayStation can log in on any platform and get the character.

There are also a requirement though. You’ll have to reach Adventure Rank 20. So, all you have to do is get to Adventure Rank 20 before patch 2.1 and you’ll be set from the get-go. Aloy will be given to players through the in-game mail, so be sure to check once the patch goes live.

PlayStation players will get an exclusive four-star bow

Aside from the bow, Aloy will have unique skills and animations across all platforms. And as she is a five-star character, it stands to reason that she could be pretty good to have in your party. 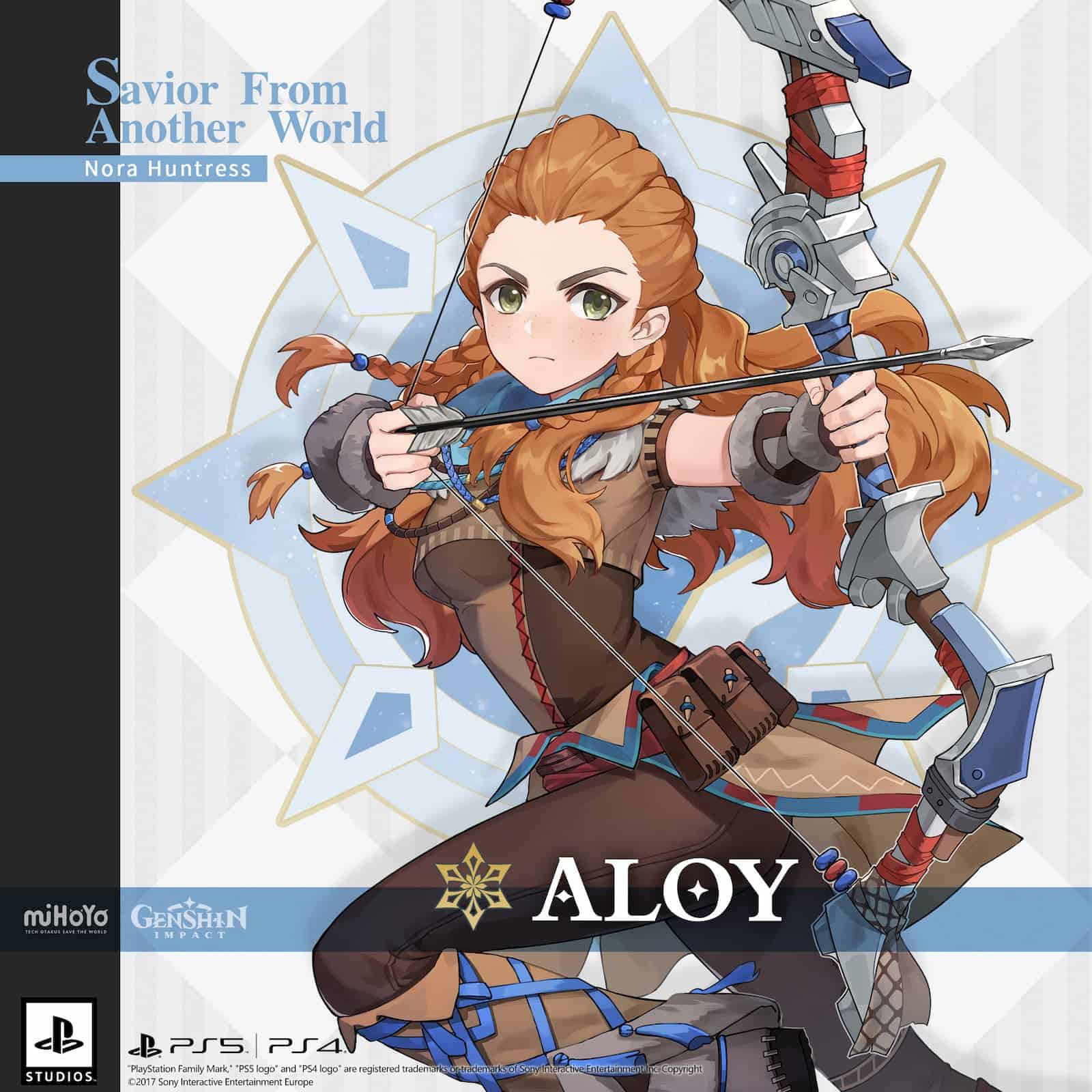