Skip to content
Advertisement
Trusted By Millions
Independent, Expert Android News You Can Trust, Since 2010
Publishing More Android Than Anyone Else
14
Today
14
This Week
379
This Month
4430
This Year
114460
All Time
Advertisement There has been no shortage of Samsung Galaxy Z Flip 3 leaks recently but there’s always room for more. With less than a month to go for its unveiling, the device has appeared on benchmarking website Geekbench. The listing confirms what we knew all along, that it will come in an 8GB RAM variant.

This is the first time the Galaxy Z Flip 3 has surfaced on Geekbench. The listing is for the model number SM-F711U, which should be for the North American market. Along with the RAM amount, it also confirms the device’s processor. The codename Lahaina, as well as the CPU core clock speeds (4×1.80GHz, 3×2.42GHz, and 1×2.84GHz), clearly indicate it’s the Qualcomm Snapdragon 888 chipset.

The only other notable information about the Galaxy Z Flip 3 revealed by this Geekbench entry is its software. As you might expect, the upcoming clamshell folding phone will run Android 11 out of the box. Though there were reports earlier that Samsung will offer One UI 3.5 on top, that might not be the case. The upcoming foldable might instead get One UI 3.1.1. You might remember that One UI 3.1 debuted in the Galaxy S21 series earlier this year, so One UI 3.1.1 will be a minor upgrade. Android 12-based One UI 4.0 will be the next major upgrade for Samsung’s custom Android skin.

Rumors suggest the Galaxy Z Flip 3 might come with 256GB of storage in the base variant, with 8GB of RAM, of course. If you recall, both LTE and 5G models of the original Galaxy Z Flip last year came in a single memory configuration: 8GB+256GB. By the looks of it, the story will remain the same this year as well. Or perhaps Samsung has some other plans, we’ll have to wait and see.

Galaxy Z Flip 3 will come cheaper than its predecessor

Following a $200 price cut for the Galaxy S21 lineup earlier this year, Samsung is expected to do the same for its next-gen foldables as well. There have been reports of price cuts of up to 20 percent. A report earlier this month claimed the Galaxy Z Flip 3 will cost around $1,249 for the 8GB+256GB variant. That’s a $200 drop from the $1,450 launch price of the Galaxy Z Flip 5G last year (LTE model costed $1,380).

Another report earlier this week suggested an even lower price of somewhere around $1,100 for the base variant. All this indicates that we are in for a major price cut this year. It’s now an impatient wait until Samsung takes the stage with the Galaxy Z Flip 3, and several other Galaxies, in a few weeks. 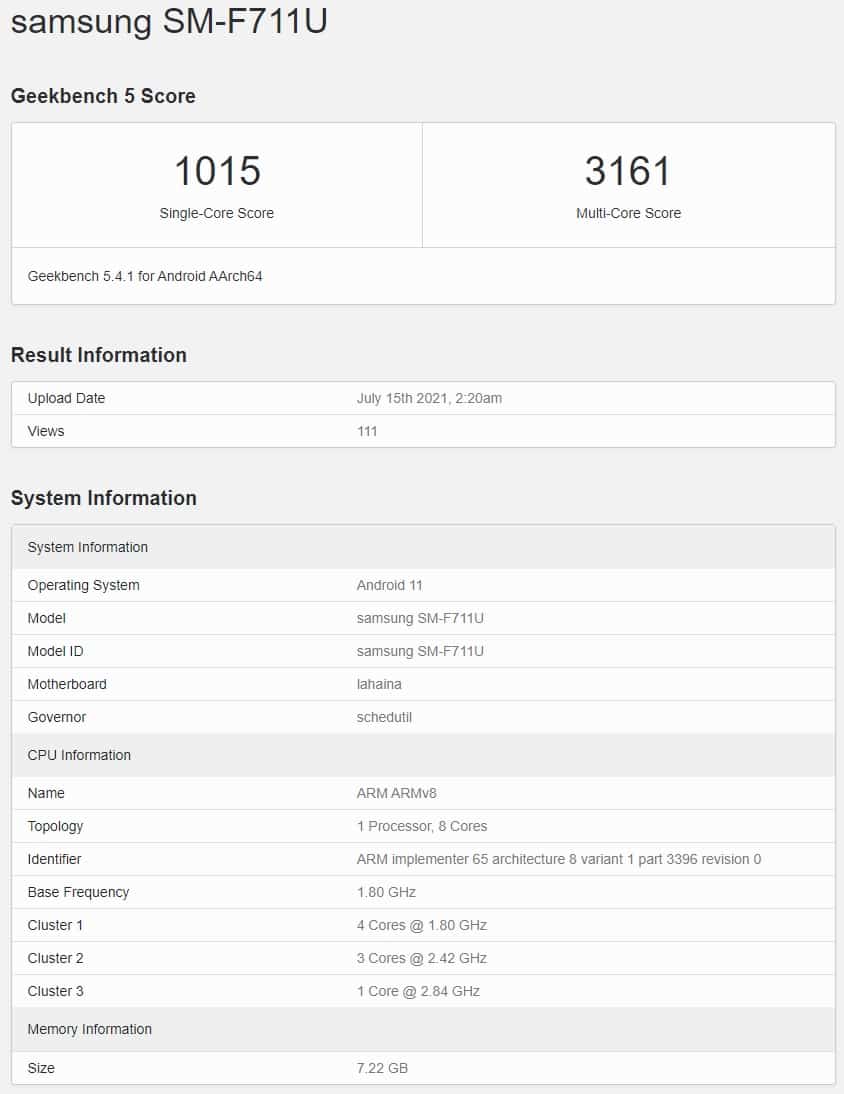