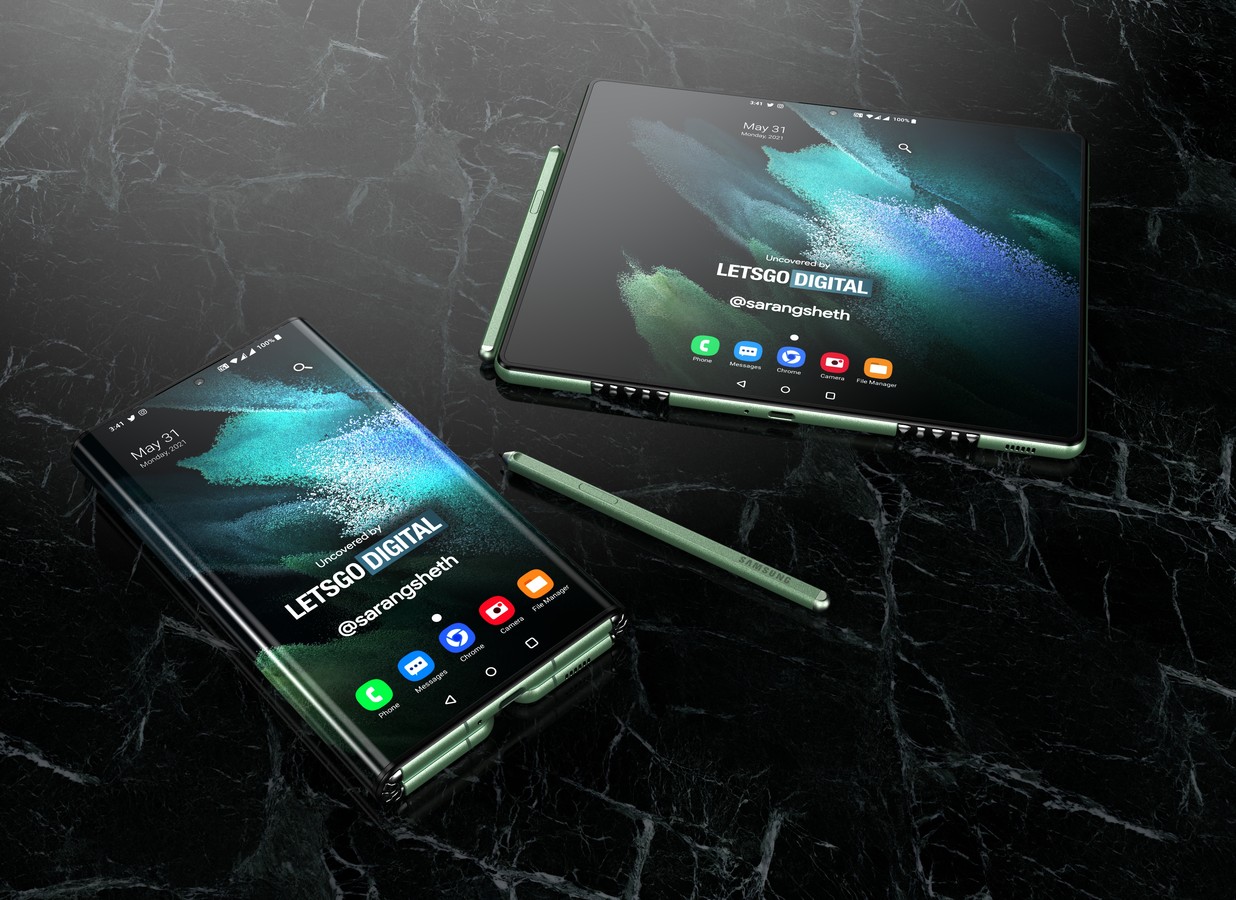 Samsung has confirmed that it will not release a Galaxy Note phone this year. But the phablet series will likely return in 2022 and there’s a possibility that it will feature a flexible display. Samsung Display, the Korean firm’s display manufacturing arm, has recently submitted multiple trademark applications in its home country. One of the applied trademarks suggests the company could be working on a Galaxy Note phone with a flexible screen.

There’s, of course, no indication of a device being developed with the “Flex Note” display in mind. However, the name strongly suggests a foldable device in the Galaxy Note footprints.

Samsung had to cancel the Galaxy Note 21 this year because of the ongoing chip shortage issue. However, that also means its upcoming foldables – the Galaxy Z Fold 3 and Galaxy Z Flip 3 – will enjoy more time in the market on their own. After all, the company sees the foldable form factor as the way forward for smartphones. It is even making its Galaxy Z Fold lineup more appealing to consumers by adding S Pen support. On that note, the Galaxy S21 Ultra supports the stylus pen as well.

But that doesn’t mean there’s no room for the Galaxy Note series, which has always stood out because of its S Pen. Moreover, neither the Galaxy S21 Ultra nor the upcoming Galaxy Z Fold 3 feature a slot to store the stylus pen. This essentially means Samsung is offering the S Pen as an optional accessory for these devices, which isn’t an ideal solution for Note fans. So a foldable Galaxy Note, perhaps with a foldable S Pen, could be the device to carry the phablet legacy forward.

Flex Note isn’t the only name Samsung Display is looking to protect though. The company has also applied trademarks for the names Flex Clamshell, Flex Square, Flex Bar, Flex N, Flex C, R Flex, Rollable Flex, Flex Rollable, Slidable Flex, and Flex Slidable. This indicates that the Korean giant is working on various types of flexible screens that it could use in future devices.

All of these applications were submitted to the Korean Intellectual Property Office (KIPO) on July 6th. They all come under the same International Class (9) and feature the same description. 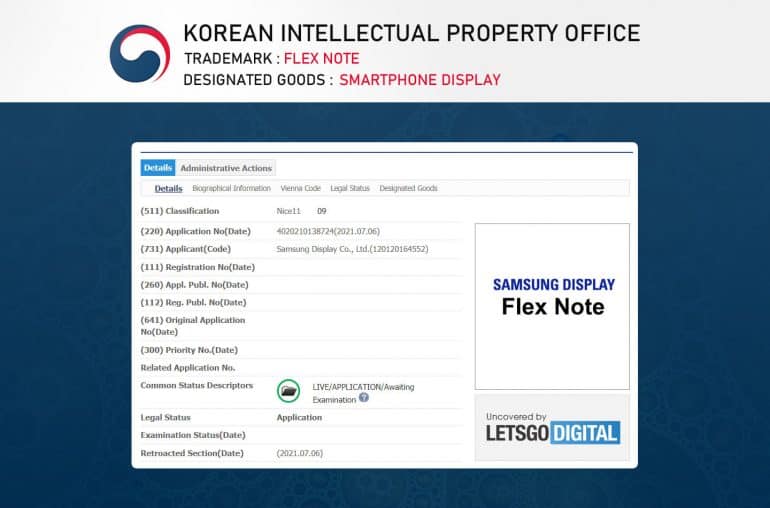