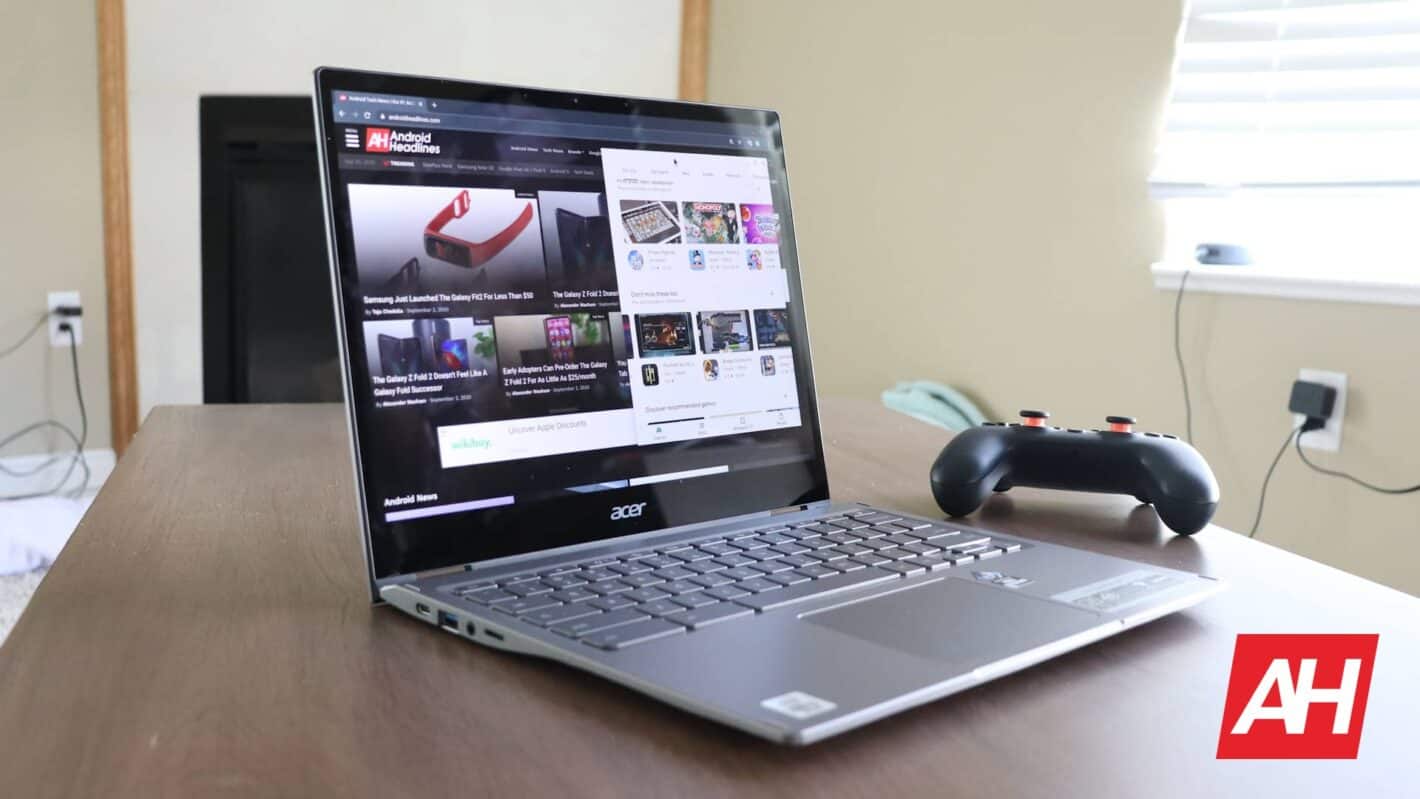 Based on a couple of recent reports from Tom’s Guide and The Verge, Chromebooks could soon ship with discrete graphics. For clarity, that’s a separate graphics card from the CPU. Which is typically a configuration utilized in gaming hardware or more intensive tasks dealinging with video and photo edits. Since productivity-focused hardware doesn’t necessarily need the extra power. Effectively, making them ready to play full-fledged PC games without streaming service subscriptions in tow.

The most recent of the endeavors that could potentially pave the way for gaming Chromebooks is from NVIDIA. The company took to GDC 2021 to show off a new demonstration of its RTX GPU series on Arm hardware. The latter of which is hardware that’s been fairly typical for Chromebooks. Summarily, NVIDIA debuted DLSS and ray-tracing on Arm hardware. Both of which are typically used in top-tier PC games.

The demonstration included Wolfenstien: Youngblood and the company’s “The Bistro” demonstration. That was run via an RTX 3060 GPU and a MediaTek Kompanio 1200 Arm processor. The CPU in this case is MediaTek’s next-generation flagship processor. That’s aimed at Chromebooks, explicitly, among other gadgets.

And that included, according to NVIDIA, support and porting for the DLSS and ray-tracing listed above. As well as support for RTX Direct Illumination, RTX Global Illumination, RTX Memory Utility, and Nvidia’s Optix AI-Accelerated Denoiser.

What about AMD discrete graphics for Chromebooks?

Never one to shirk from competition, AMD is also reportedly working on its own solution for Chromebooks. And, in fact, some recent reports indicate that the company already has a discrete graphics on the way for Chromebooks already in the Chromium Gerrit.

The details about this particular build are somewhat less solidified. That’s also not altogether surprising since Chromebooks are rarely divulged in full prior to an announcement. And also because NVIDIA may presently be in a better position to get its hardware up and running with demonstrations on Arm systems. But what is known is nonetheless intriguing.

Summarily, there’s presently a Chromebook in development under the codename “Mushu” that comes with a discrete AMD GPU. Potentially spilling the competition between AMD and NVIDIA over into the Chrome OS realm. If and when NVIDIA finalizes its work into a real-world product.

When are these technologies coming to a Chromebook near you?

Now, the appearance of a discrete ARM GPU in a Chromebook under development seems to suggest that’s the technology that will break cover first. But the latest news does serve an important purpose for NVIDIA. Chiefly, proving that its discrete graphics cards can play well with Arm architecture typically found in Chromebooks.

In fact, NVIDIA also has SDKs already available or coming soon for Arm with Linux and Chromium. Meaning that developers can get started sooner rather than later.