The Chromebook market is expected to continue its growth trend for the rest of 2021 but with that growth hampered by chip shortages and inflation. That’s according to recent reports stemming from a TrendForce report. According to TrendForce, the dip is grounded in two key metrics. With both of those metrics impacting manufacturers, moreso than end-users.

To begin with, semiconductor components typically used in notebook computers are in short supply. That’s tied back in with the general drop in availbility for chips, trending over the course of the ongoing Covid-19 pandemic. But, perhaps worse than that, around 70-percent of all Chromebooks utilize 11.6-inch display panels. And the prices on those have “skyrocketed” over the course of the year.

Taken in combination, that’s making Chromebooks margins shrink, which many OEMs will find unprofitable, TrendForce says. And brands like Acer and Samsung, which are presently at the top among the leading notebook shipment leaders, will see the biggest drop. Especially amid the return to in-person classes in the Chrome OS education market. That fact is exacerbated, the firm continues, by the fact that the US accounts for 70-percent of Chromebook demand.

This isn’t all bad news for Chromebook users or growth

Now, in spite of shortages and inflation, demand for and growth of the Chromebook segment isn’t expected to drop by too much. In fact, the devices are expected to remain the driving force in notebook sales growth overall. With the overall market expected to break records at a rate of 15-percent. That’s as compared to last year’s growth.

Education-related machines are expected to be the primary driver in Chromebook growth for 2021 too — in spite of chip shortages and display price inflation.

How bad is this for the Chromebook market?

In terms of the overall growth of the Chromebook market over time, this change isn’t entirely unexpected. And it won’t likely have long-lasting consequences for Chrome OS. At least not at initial consideration. The trend from 2019 for Chromebooks, as shown by TrendForce, has been strong. And predominantly in the upward direction. However, TrendForce does note that at least some OEMs may reduce their focus on Chromebooks at least for the remainder of the year. 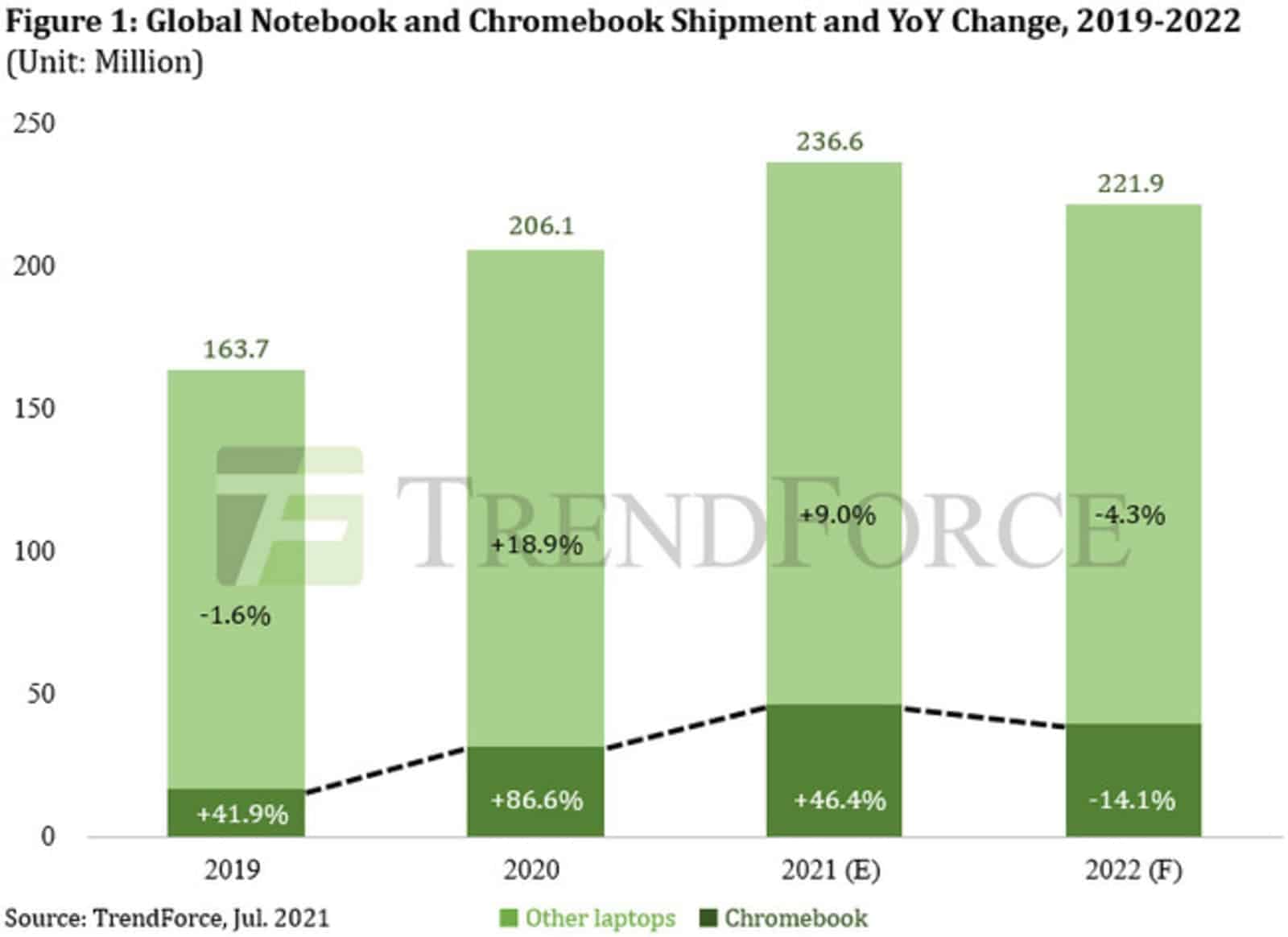