Skip to content
Advertisement
Trusted By Millions
Independent, Expert Android News You Can Trust, Since 2010
Publishing More Android Than Anyone Else
36
Today
36
This Week
735
This Month
5234
This Year
115243
All Time
Advertisement When it comes to back to school gear, the best gaming laptops may not be the first thing that you think of. But if you like to play games, a gaming laptop is really a must have. Because it lets you do all of the work you need it for and play games. Now there are a lot of gaming laptops out there and many of them will work for school, but these are some of the best ones you can get.

And since you’re going to be using it for double duty, you might as well get one that excels. That doesn’t mean of course that you need to get the most expensive model or spring for the top tier machine. But it’s not a bad thing if you do.

Best gaming laptops for back to school – summary

You can view all of your selections above in the summary table. But if you want a little bit more information about each gaming laptop, you can view the list below which includes additional details. As well as price information and links on where to buy each laptop. 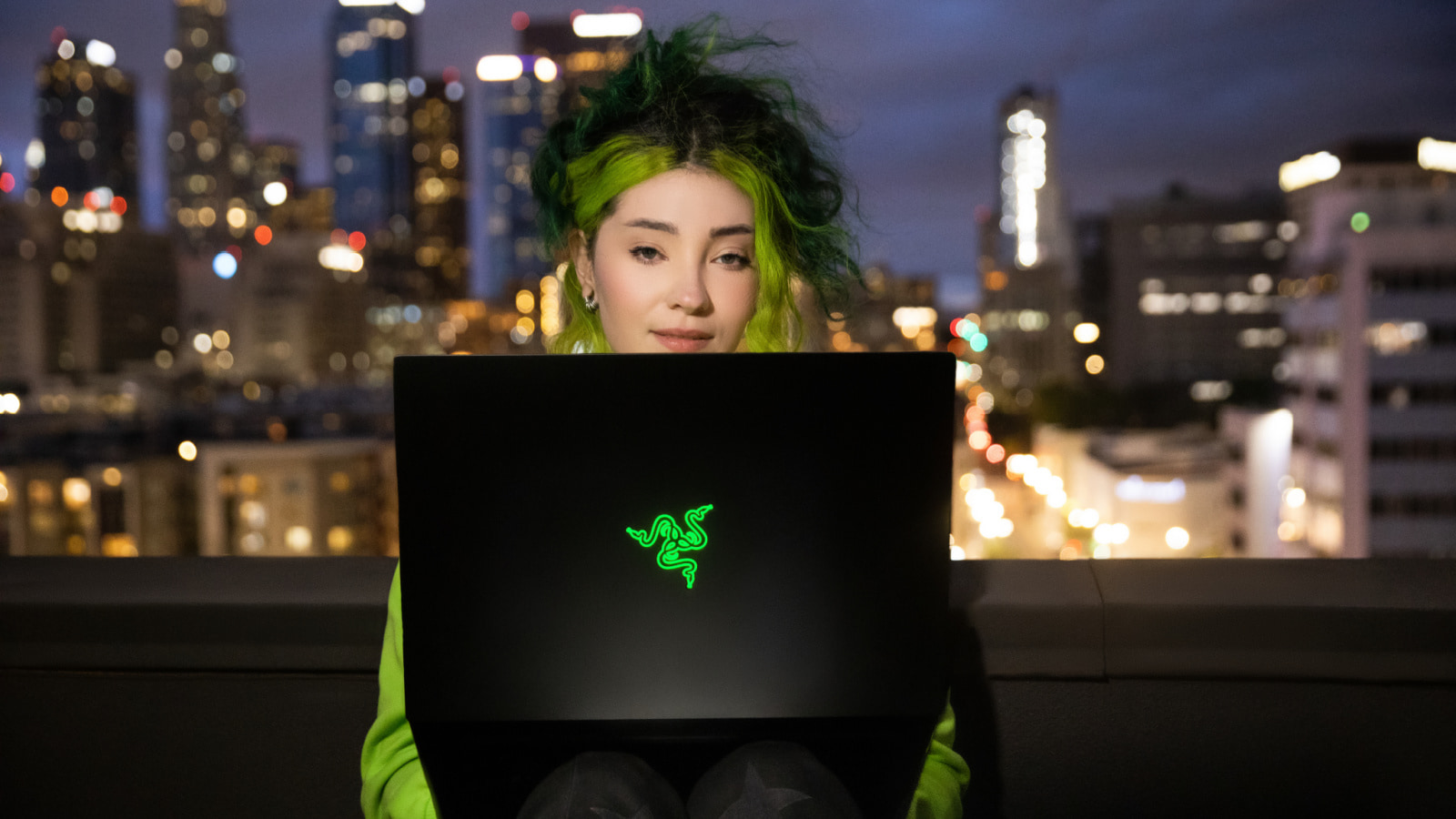 We’re starting things off with what might be the best option on this list. The Razer Blade 14. To be clear, this may not be the best option for everyone. Because everyone has different wants and needs when it comes to hardware like this. But, it is an amazing gaming laptop.

Why should you want this for school? For one, it’s lightweight. Not as light as say, the Razer Blade Stealth, which is also on this list, but it does get the balance right. It offers a lightweight design that’s thin and portable, and powerful enough to run games at high settings and beyond.

You can get this laptop in multiple configurations, with Full HD or 4K resolution screens, multiple options for storage, and NVIDIA GeForce RTX 3070 and 3080 GPUs. Plus, this is Razer’s first laptop with a Ryzen CPU inside. Which is going to give you better battery life than Razer’s other models.

All of that in a laptop that comes with a reasonable 14-inch display, and you’ve got a great laptop option for school. Tote it around to all of your classes and game when you have some free time. What’s not to love? 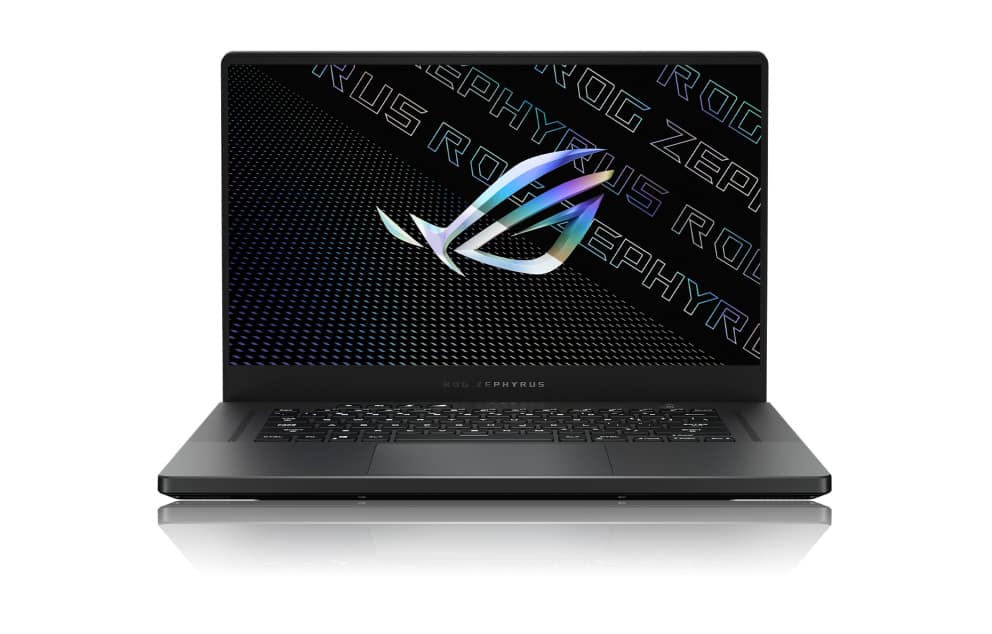 This is another Ryzen laptop. It also comes in both the NVIDIA 20 series and 30 series models. So keep that in mind when considering this laptop as an option.

Also worth mentioning is that even though the 20 series models don’t have the newest and most powerful GPUs, they’re still powerful enough to run most games at high settings and beyond. So you wouldn’t be losing out on visual graphics performance.

With the ROG Zephyrus, the latest models, ASUS is giving you a thin and light laptop offers decent battery life with a good size screen and plenty of performance power for both school and gaming.

The most important factor here is that this is portable. And you’ll likely start to notice a trend here with the options on this list. They’re all fairly portable laptops that would be easy to carry around campus or to and from school. Whether that be in a backpack or in your hands.

This particular model from Best Buy comes with the new NVIDIA RTX 3070 GPU, and it also comes with a 165Hz display so you get a lightning fast refresh rate. Frames win games, so you’re going to want that faster refresh rate for any games you play competitively.

It also comes with 1TB of storage, a Quad HD screen resolution, and 16GB of RAM among many other excellent features. 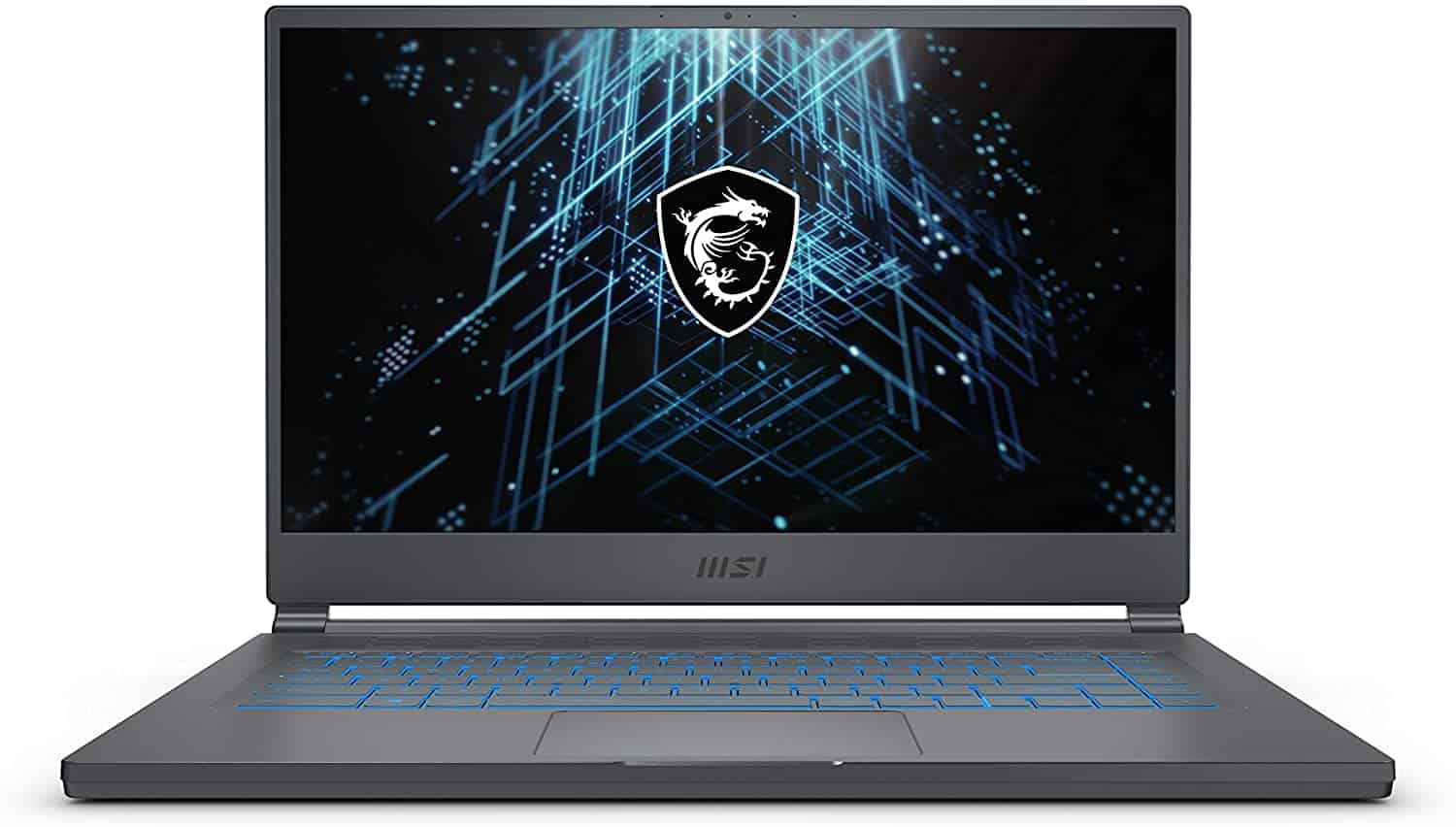 If you want something that’s both capable of gaming with decent performance and visuals but costs a little bit less, the MSI Stealth 15M is a great option. It’s $1,399 for the model that comes with an NVIDIA RTX 3060, which can handle your most demanding games with little effort.

It’s also portable, making it yet another one of the best gaming laptops for school thanks to the lightweight build and thin chassis design. Inside you’ll find an 11th Gen Intel Core-i7 CPU, while outside it features a 144Hz refresh rate display.

As far as weight goes, it only weighs about 3.7 pounds. So it won’t be heavy. And that’s fairly impressive considering the performance specs and the 15-inch display.

It also comes with a huge collection of ports. So you will have no shortage of connectivity options. 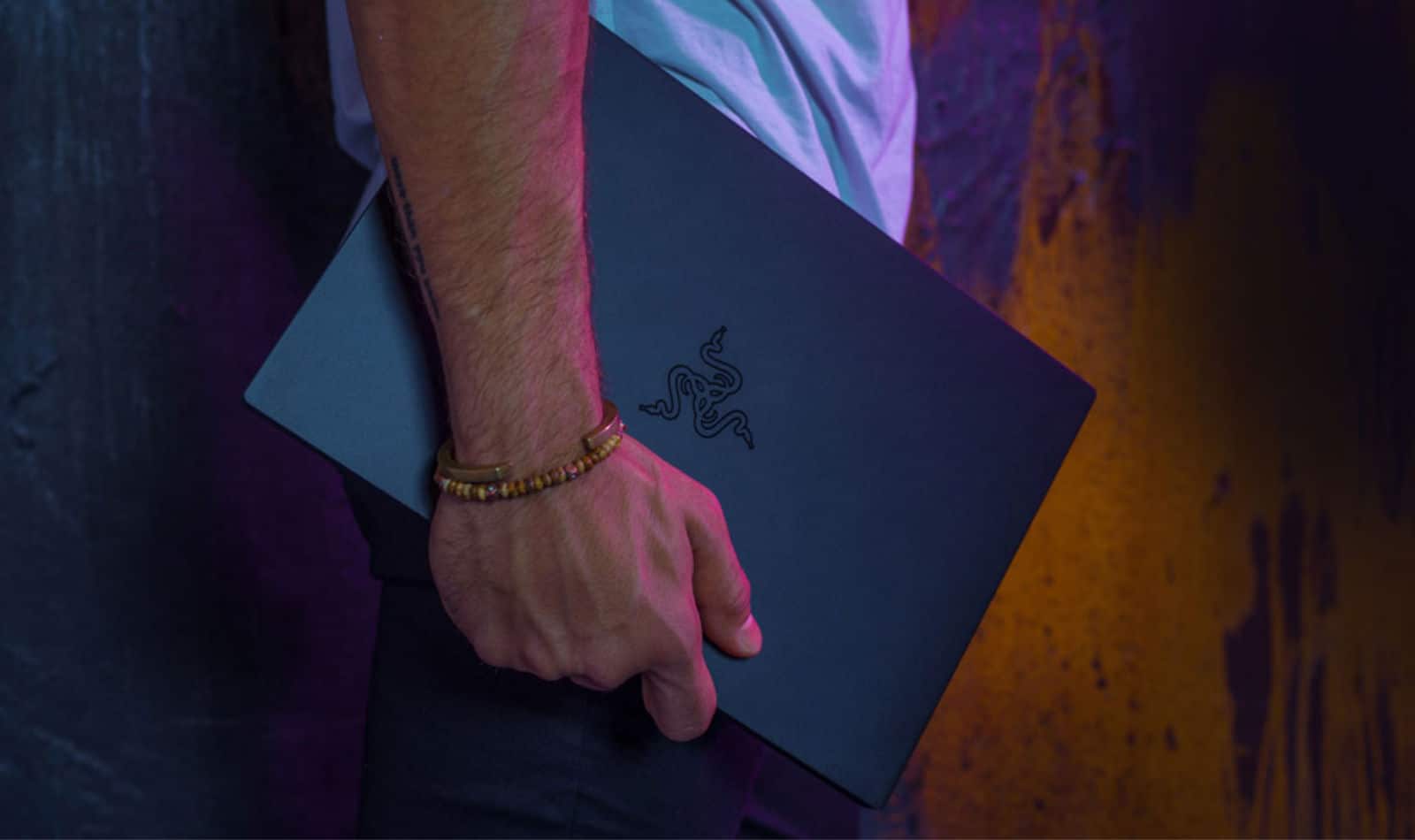 The Razer Blade Stealth is one of the best gaming laptops if you want something that is as light as possible that can still perform when gaming. In the most recent model of this laptop Razer is using the NVIDIA GTX 1650Ti. Which is a big step up from the Intel integrated graphics it used in the Stealth for years.

While you may not be getting the most powerful graphics of Razer’s offerings, it is certainly the lightest. So it’s the best option for someone that is prioritizing something portable over how much performance power it will deliver.

It also comes with an 11th Gen Intel Core-i7 CPU, 512GB of storage on an SSD, 60Hz and 120Hz refresh rate options, and 16GB of RAM. So it’s more than capable of handling games, as long as you’re ok with tuning the graphics down a tad. And at 3.11 pounds, it’s easy to carry around just about everywhere. 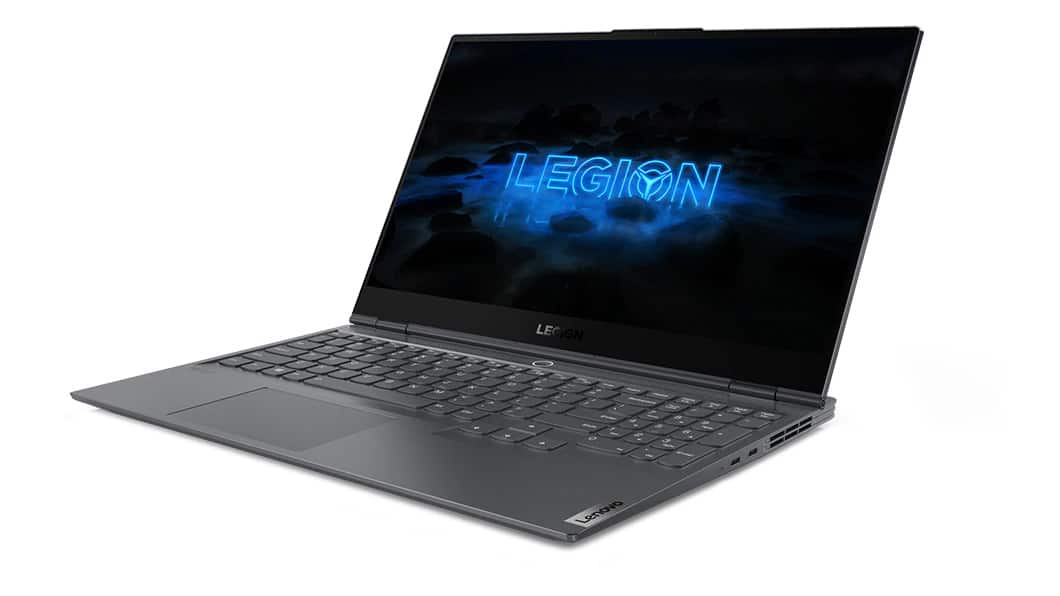 Lenovo hasn’t quite released its newest version of the Legion Slim 7, but the current model is still a really good option due to the specs. Lenovo is also selling this laptop at a doorbuster price, likely cause it’s the last of its kind and Lenovo is probably trying to get rid of stock. Which means you get a really awesome deal for a great laptop that will perform well.

As mentioned above, all of these selections were made based on how well they could do in a school environment. And whether you’re carting this back and forth to school or around campus if you live on campus, the last thing you want is a massive gaming laptop weighing you down.

The Lenovo Legion Slim 7i 15 won’t weigh you down and you can play games on it with good performance. Normally this would retail for $1,819, but you get an instant savings that brings it down to $1,549. You can bring the price down even further by entering a special coupon code on the Lenovo buy page, so the ending price is $1,279. That’s a steal for a laptop with these specs. 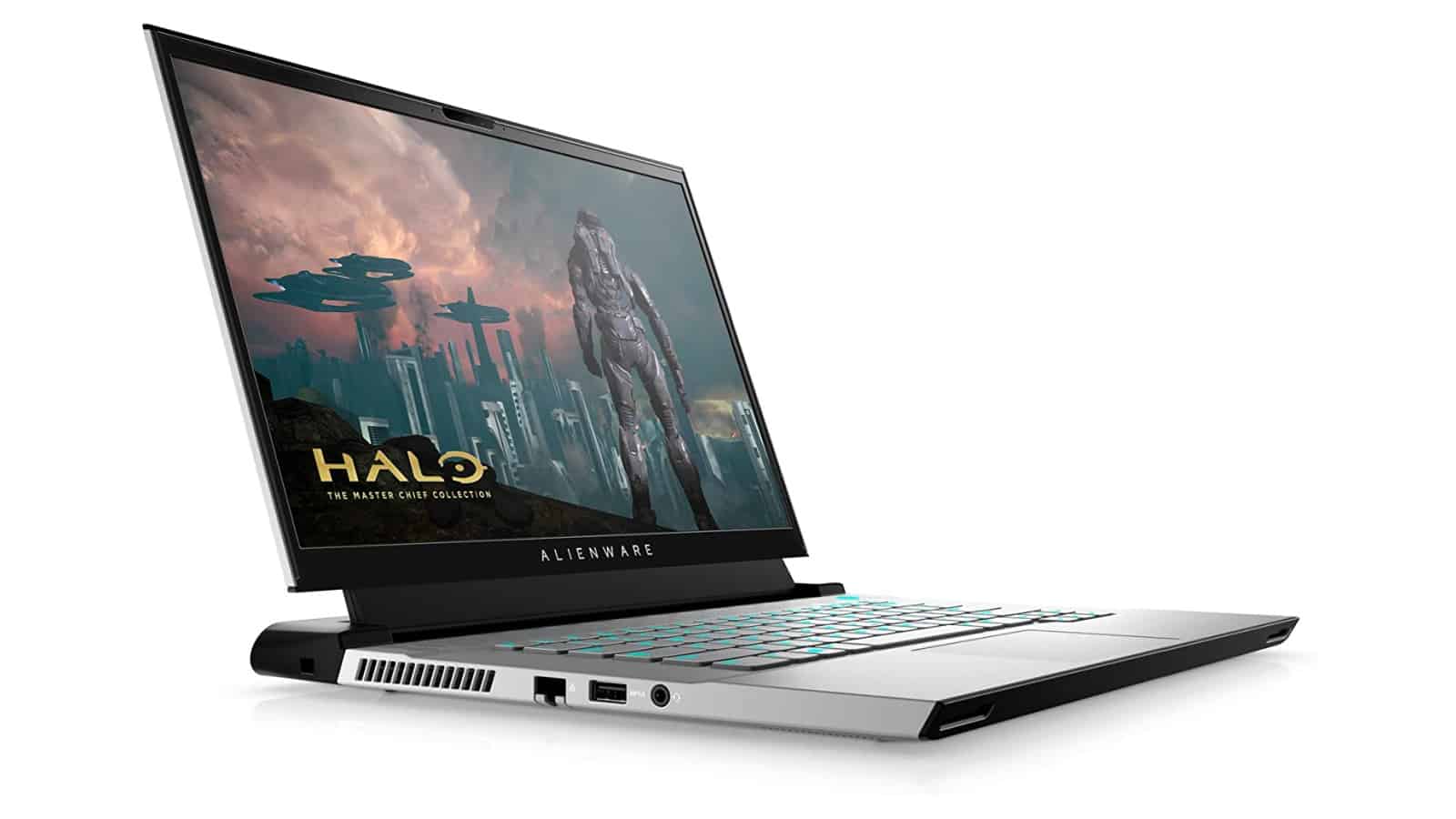 This will be a little heavier than the other options that are on here so far, but it’s still not too heavy, coming in at 5.5 pounds. It’s also slim enough to fit into a backpack without taking up too much room.

Alienware laptops and desktops have always been known for packing some powerful specs inside. The M15 R4 definitely comes with powerful specs. Starting with the NVIDIA RTX 3070 GPU with 8GB of video RAM, 16GB of system RAM, a 1TB SSD, and a 15-inch display with Full HD resolution and a refresh rate of 300Hz.

One of the key things here is the refresh rate. Because 300Hz is a lot more than you’ll get on most gaming laptops. And paired with the GPU this should be ripping through frames quicker than you imagine.

Other notable features include a great keyboard with a 1.7mm travel, RGB backlighting, and vapor chamber cooling technology. 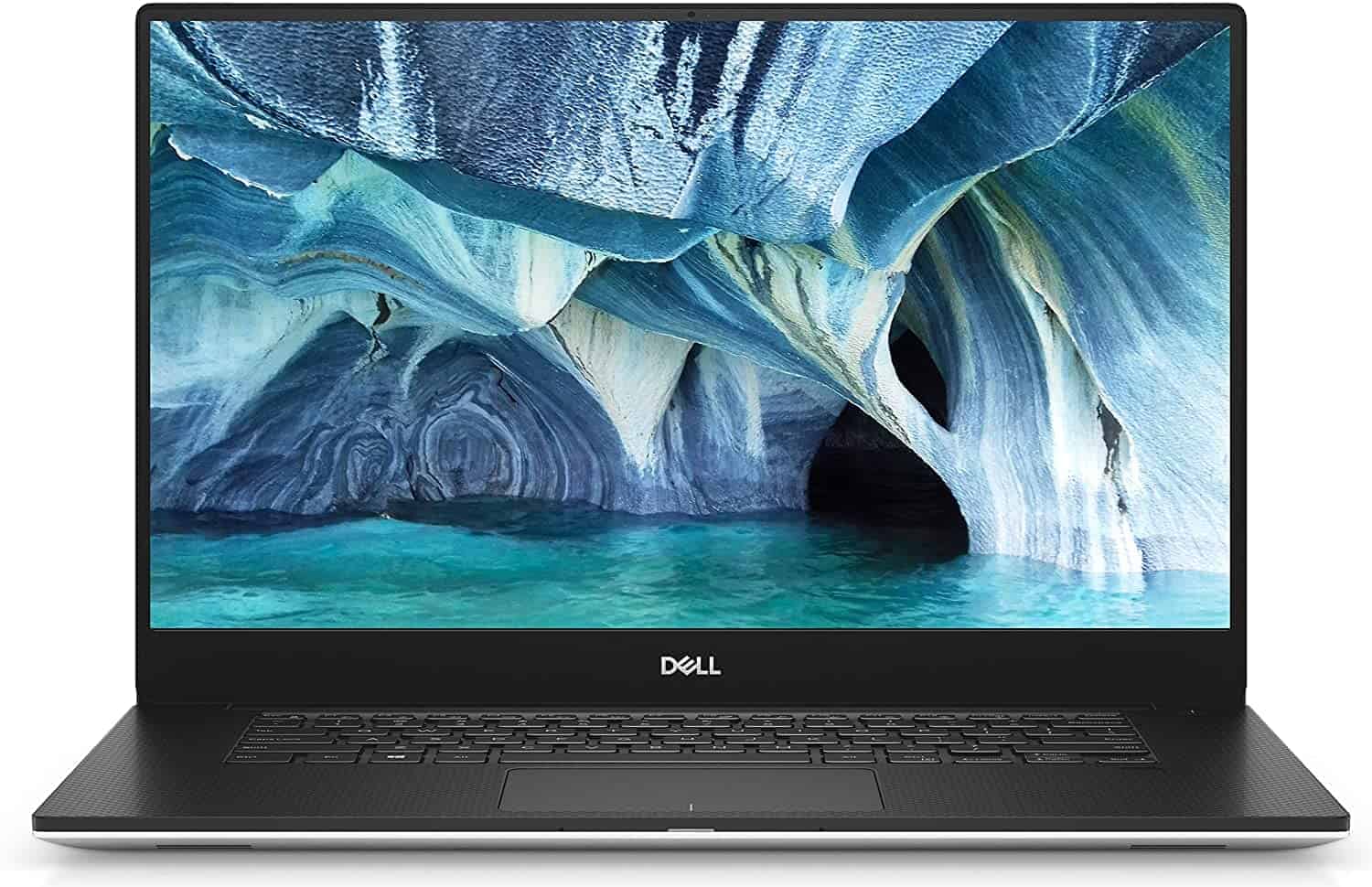 This isn’t exclusively a gaming laptop, but because it comes with some really good specs you can definitely use it for gaming and expect decent performance to boot. The main thing here is that the XPS 15 is a pretty slim laptop that is also lightweight, in addition to being powerful.

Making it one of the best gaming laptops for back to school if you want something that is capable of gaming. When it comes to the actual specs, you’re looking at an NVIDIA GTX 1650Ti GPU, as well as 16GB of RAM and a 512GB SSD.

You can bump the GPU up to a 2060 Max-Q design but that also bumps the price up by a significant amount.

The Origin EVO 15-S is one to consider if you want a little more choice in your configuration of the components. You’ll have to buy direct from the Origin website but you get a lot of options in terms of how to customize your laptop. From the GPU to the CPU to the display resolution and RAM capacity.

You can even add other personalized touches to make it extra unique. If you like that kind of thing. You can get the Origin EVO15-S with the latest NVIDIA 30 Series GPUs, or you can save a little bit of cash and for the 20-series models which should be a little bit cheaper now that the 30-series models are out.

You can also get up to 32GB of RAM, up to 4TB of internal storage (wow), and you’re looking at up to 6 hours of battery life. Though that will certainly vary based on how much of the RGB and other battery draining features you use.

All of these configurations do come at a cost. But if you want a really good gaming laptop that is also made personal so it’s not quite like anyone else’s, this is prob ably the best option. 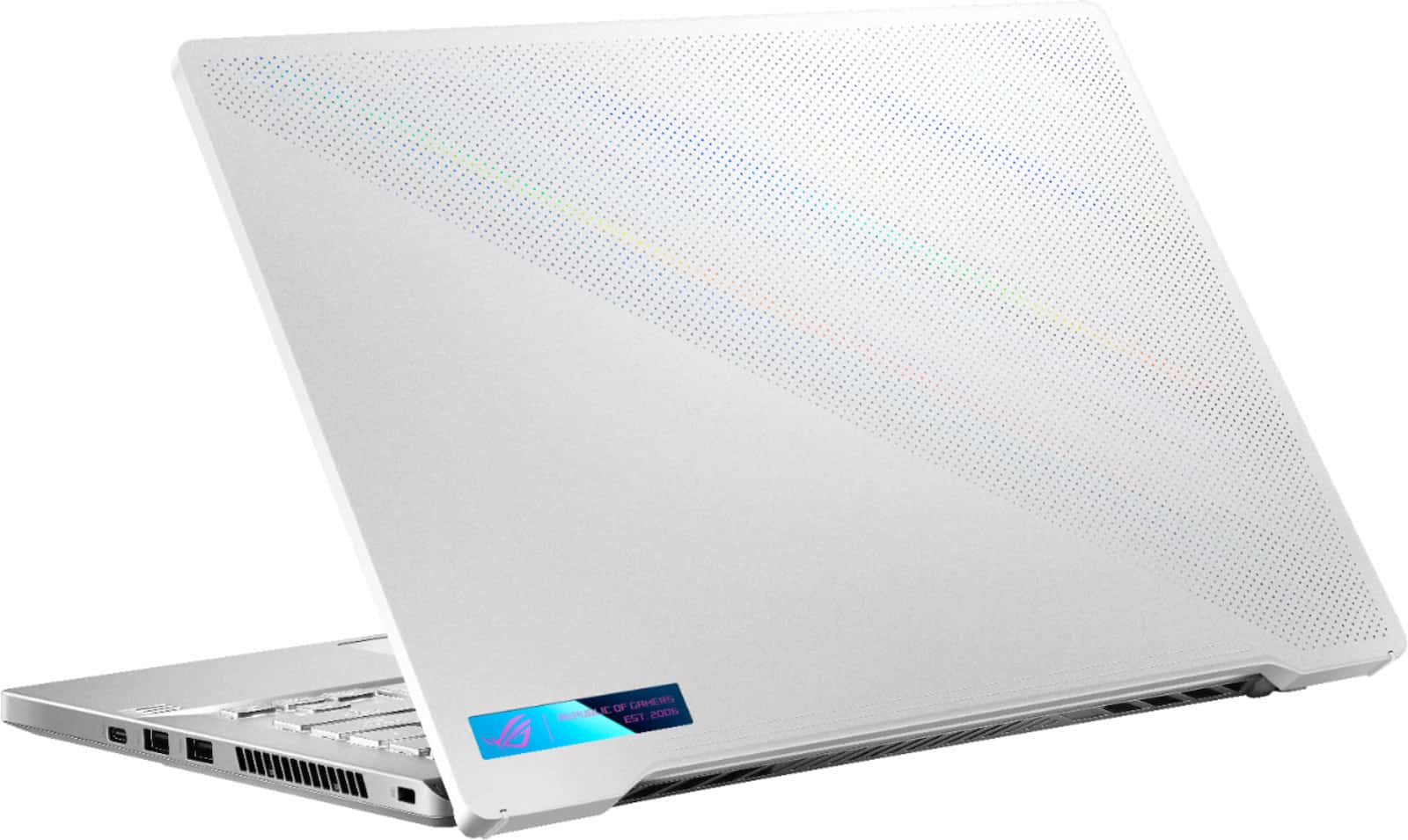 With the ROG Zephyrus G14 from ASUS you’re getting a lot of the same stuff you get with the G15, but in a slightly smaller package and with some slightly different specs. Though many will be the same or similar.

One of the cooler features of this laptop is the Animetrix lid. Which lets you customize the backside of the lid with cool graphics and notes. Other notable features include the 1TB SSD, and it weighs just over 3.6 pounds so it’s pretty lightweight and easy to carry around in a bag. 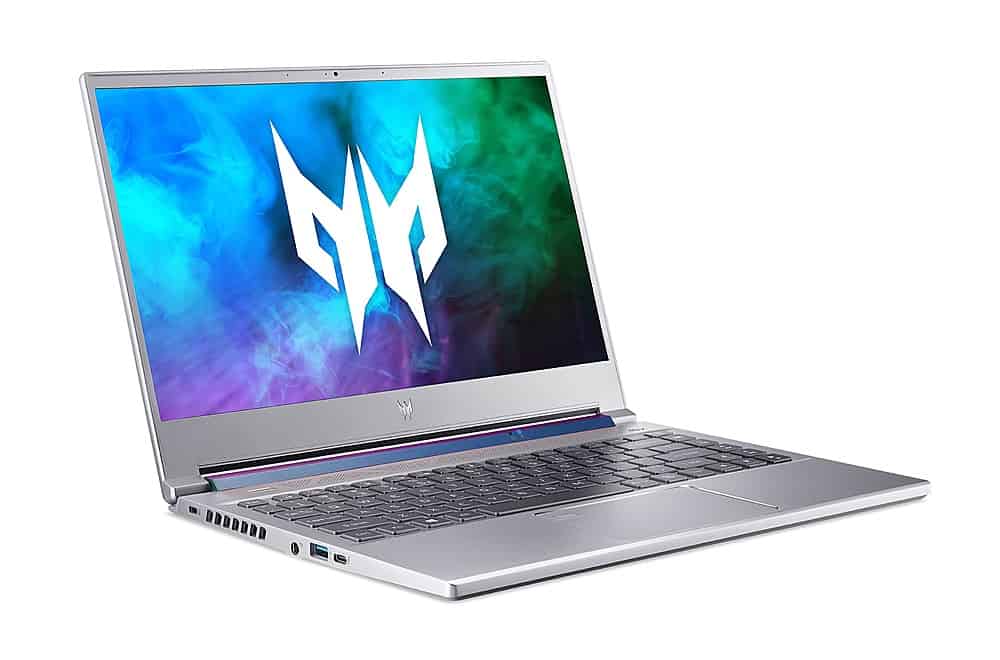 Rounding out this list is the Acer Predator Triton 300 SE. Acer’s Predator line used to be slept on but Acer clawed its way to the top and proved that it could produce a really good gaming laptop. The Triton 300 SE might be one of its best gaming laptops, especially for school thanks to the lightweight design for ease of portability.

This model comes with an 11th Gen Intel CPU as well as an NVIDIA RTX 3060 GPU. In addition, you get 16GB of RAM and a 512GB SSD inside. So there’s plenty of memory for running programs and plenty of storage for all of your games, thesis papers, and any other schoolwork you might need to save.

It also comes with a 144Hz refresh rate display so you get those fast frames. It may not be the lightest or thinnest laptop on here, but it is still both light and thin so it’s a great option for anyone who needs to bring their PC with them wherever they go.