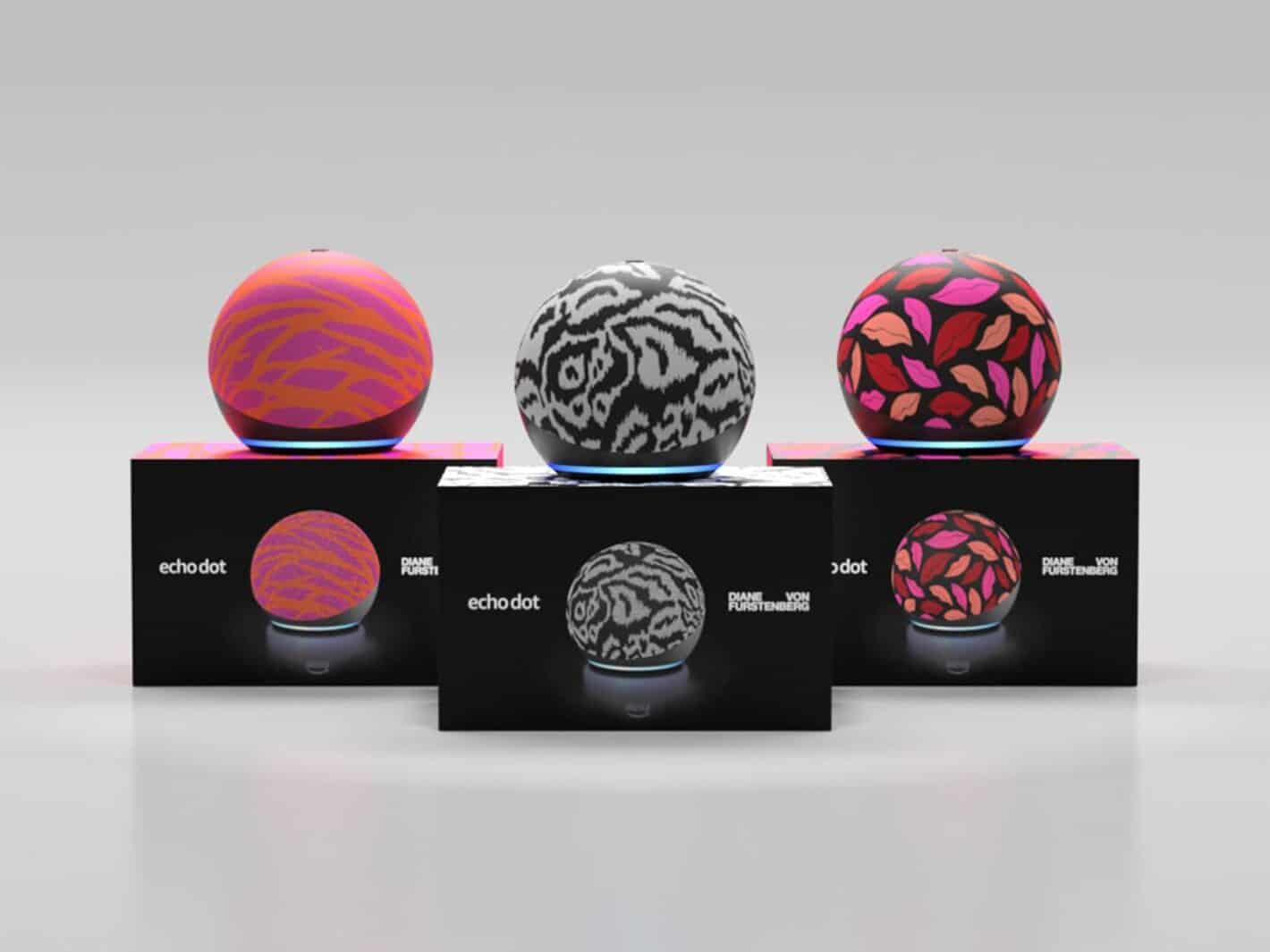 Amazon has teamed up with fashion designer and philanthropist Diane von Furstenberg for some brand new Echo Dot concepts as part of its Build It program. In fact, those concepts are already available for pre-order, starting today.

Each of the new devices is, technically, just a re-colored Echo Dot smart speaker. But they are much more stylish than the current iterations of that device. The first of the three new designs is called “Midnight Kiss” and features a sleek black coloration, accented by lips. Those are shown in a variety of shapes and sizes, in different shades.

The second device design is referred to as “Ikat” and, as that branding might suggest, this one has a more feline-based inspiration. In fact, it comes in an almost reverse-snow leopard coloration, with a black base hue topped by circular white swirls to accent.

Finally, the new Echo Dot x Diane von Furstenberg is also available in “Twigs.” But the branding here is a bit less direct. The pattern resembles something similar to an orange and purple tiger-striping. But with those stripes being less tiger-like than a first glance might suggest. Instead, the striking pattern is closer to a purple sky with orange branches extending through it.

Now, Amazon Build It is part of the company’s Day 1 Editions program.

Summarily, the program puts up concept devices and products that Amazon thinks customers would want to buy. Typically, those are collaborative efforts but they haven’t always been. On the Amazon store page for the products, a progress bar is shown with a percentage. And, if that progress bar gets filled, Amazon then builds and ships the products.

The program has previously been the launching ground for a number of projects. From clocks to sticky note printers. For this iteration of the Build It program, Amazon is focused on a new design for its Echo Dot smart speaker in collaboration with Diane von Furstenberg. And, in conjunction with that, the company is offering a promotional price as well as donating to Vital Voices. With the latter being a non-profit focused on investing in women leaders, as chosen by Dian von Ferstenberg.

The company will also be hosting — via Amazon Live — a discussion with Diane von Ferstenberg and fashion model Sophie Sumner today in celebration of the collaboration.

As noted above, these Amazon Echo Dot x Diane von Furtenberg concepts are already up fo pre-order as part of that program starting today. But, of course, they won’t ever be built if nobody shows any interest. And, to that end, Amazon is starting out with a reasonable asking price of just $59.99.

If one or more of the new designs reaches its un-revealed goal in the next 30-days, the company will start the builds. Customers won’t be charged unless the goal is met. And, of course, when the product ships. 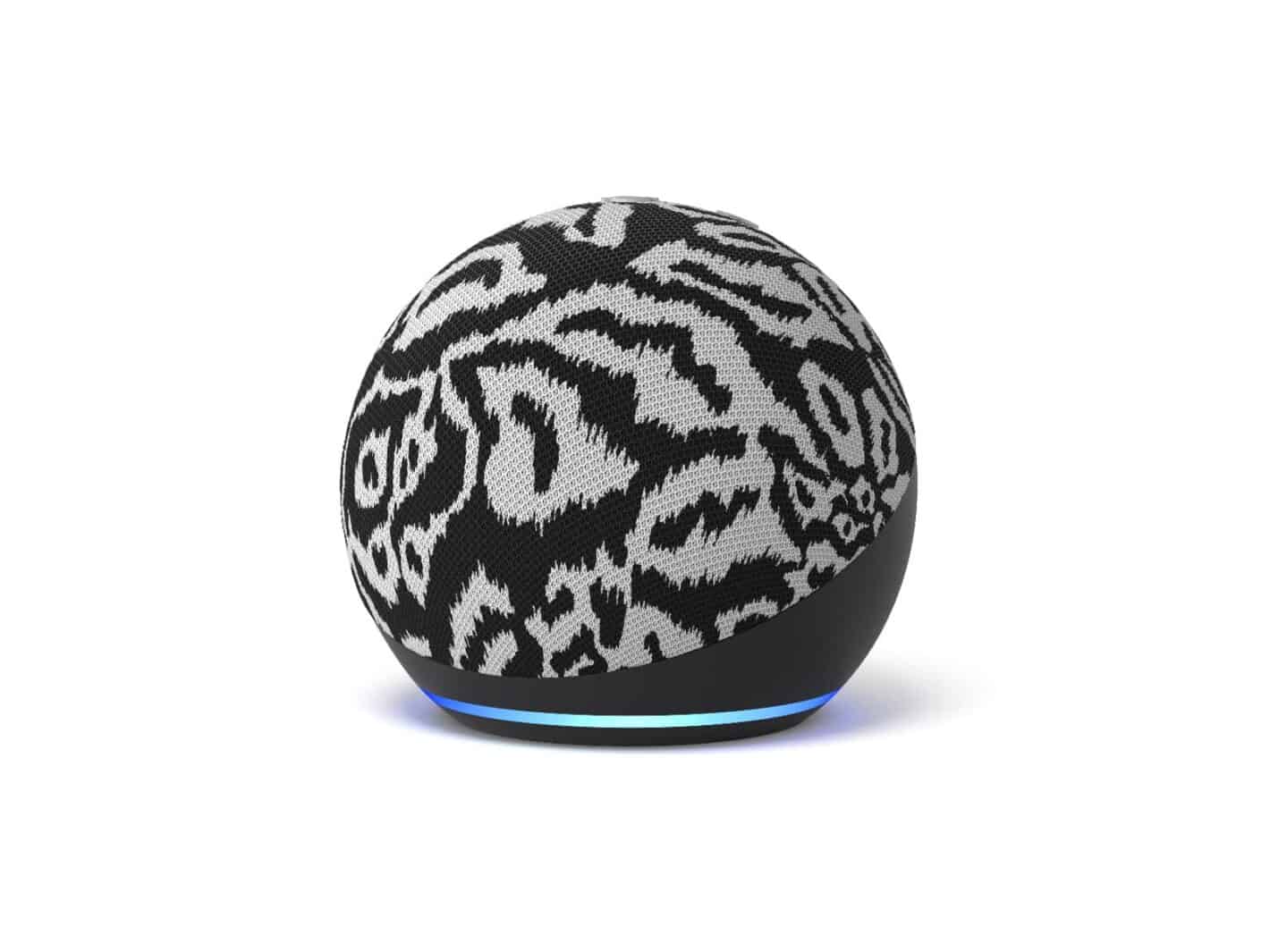 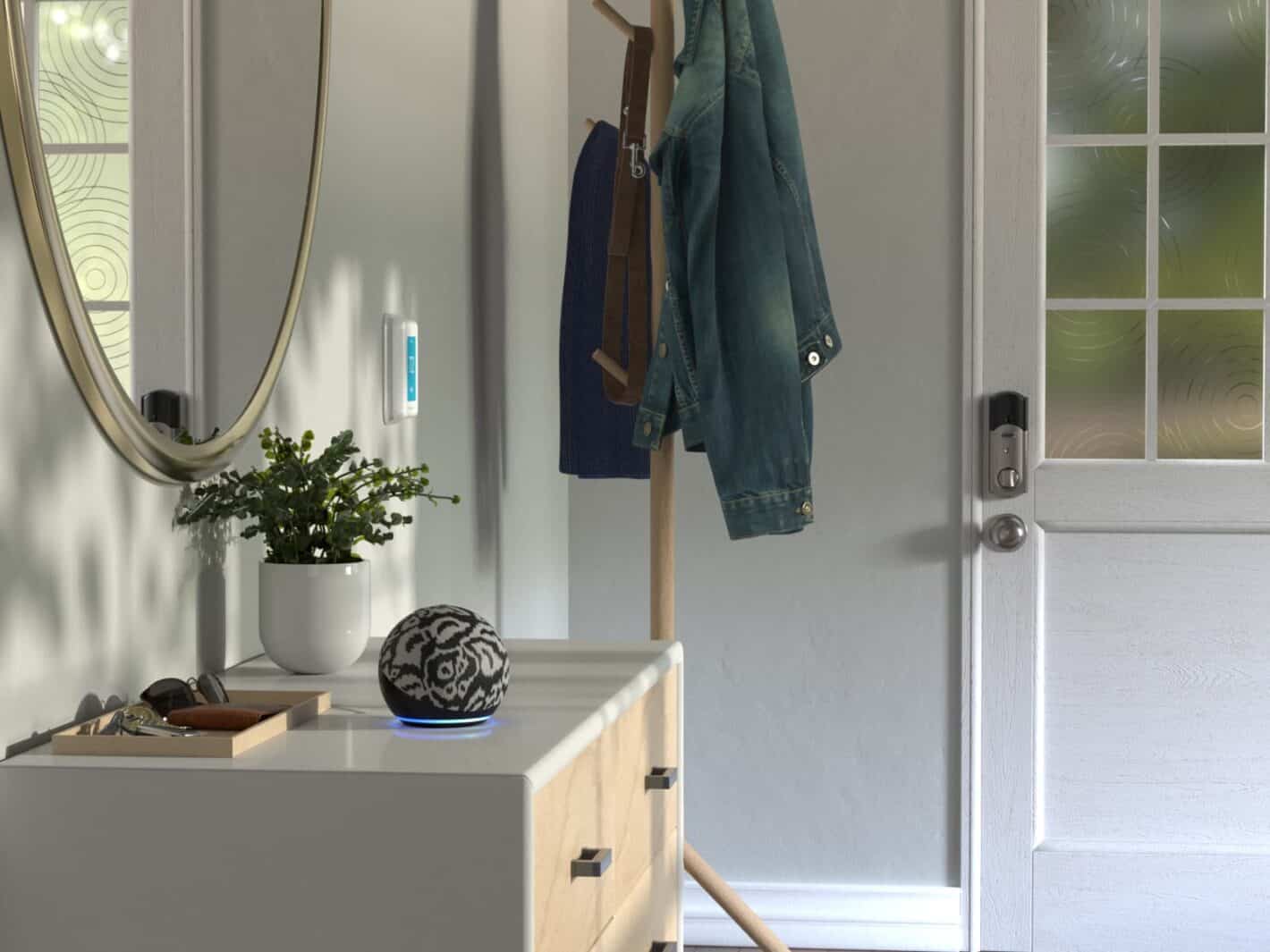 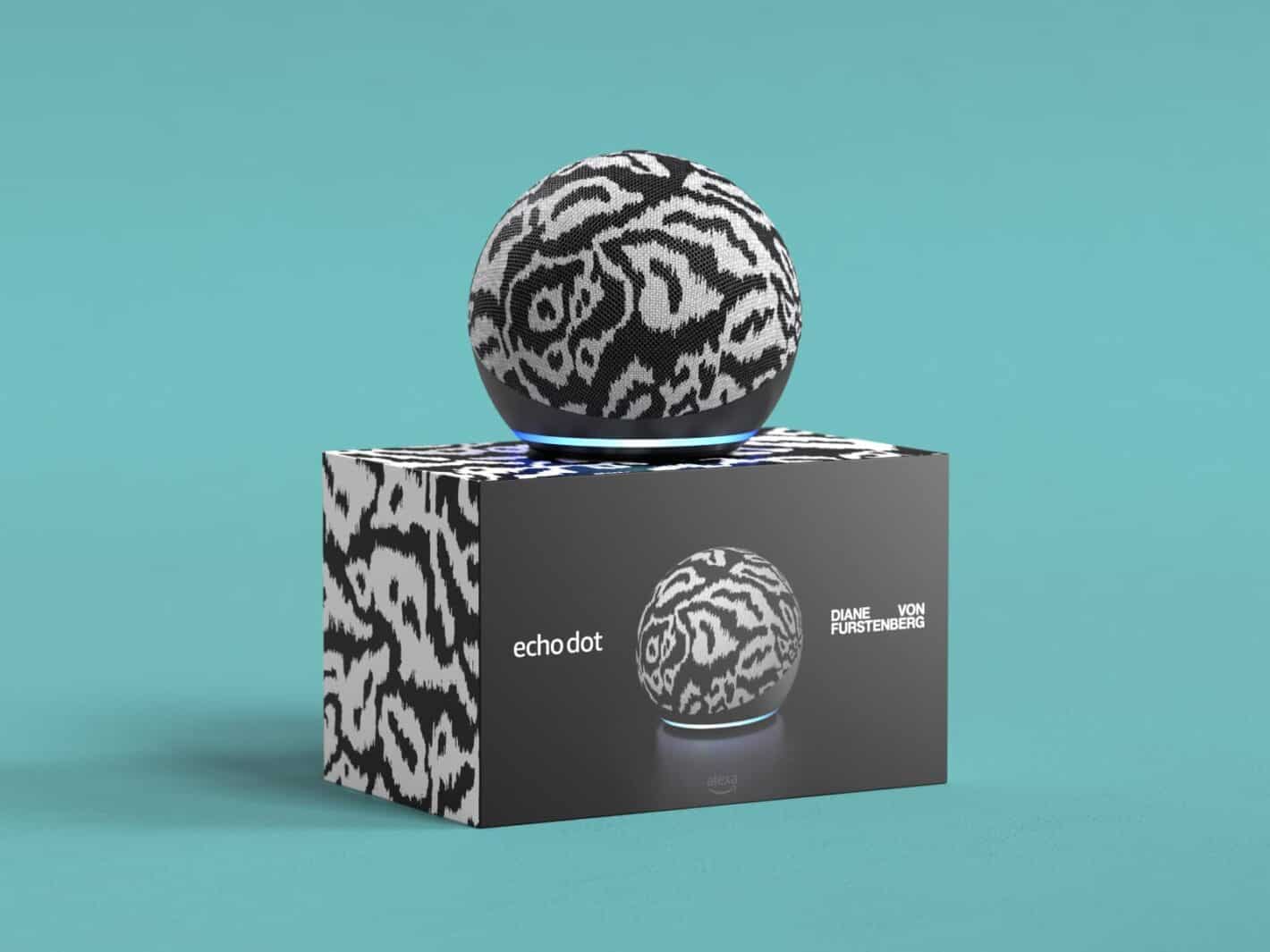 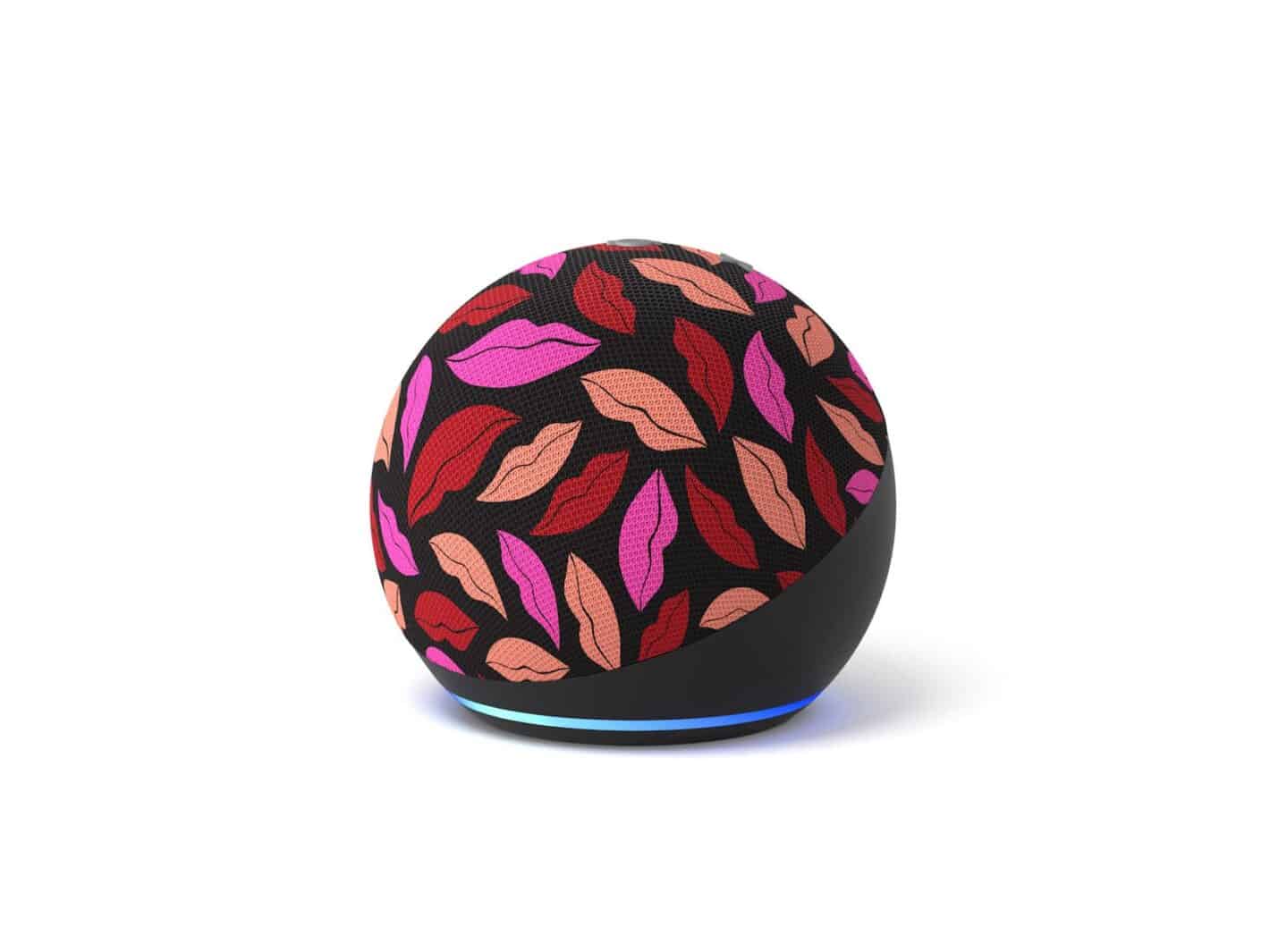 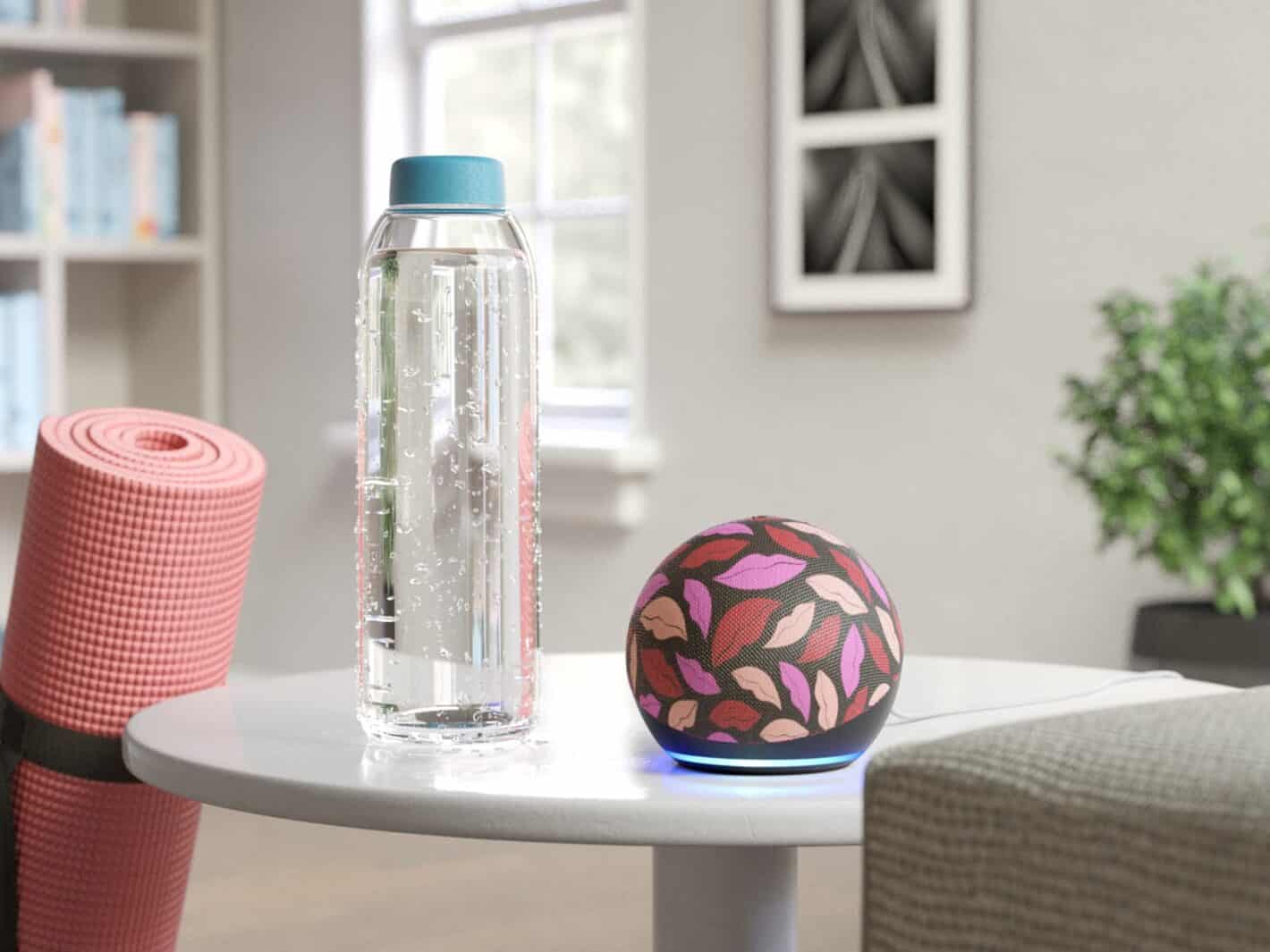 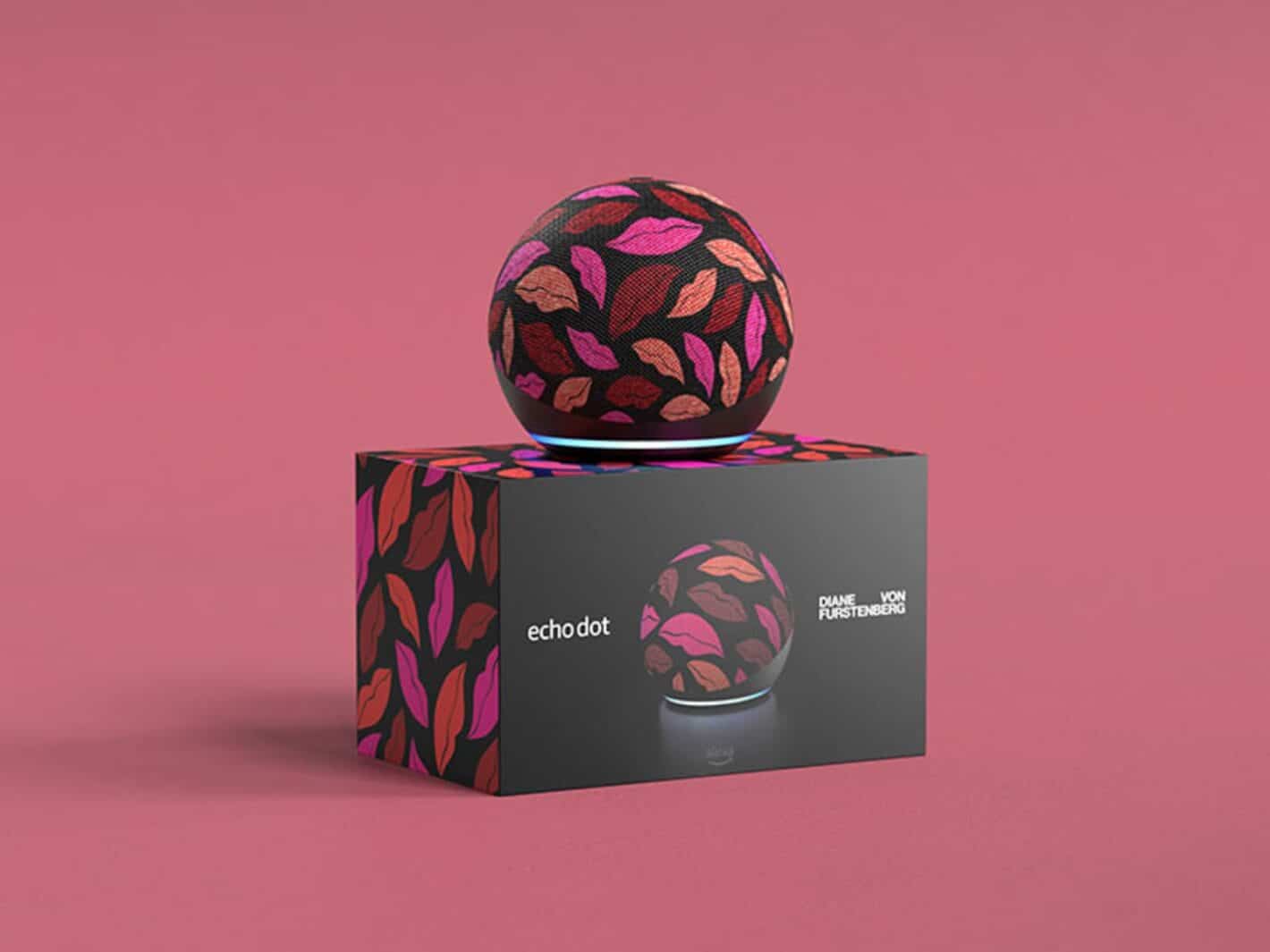 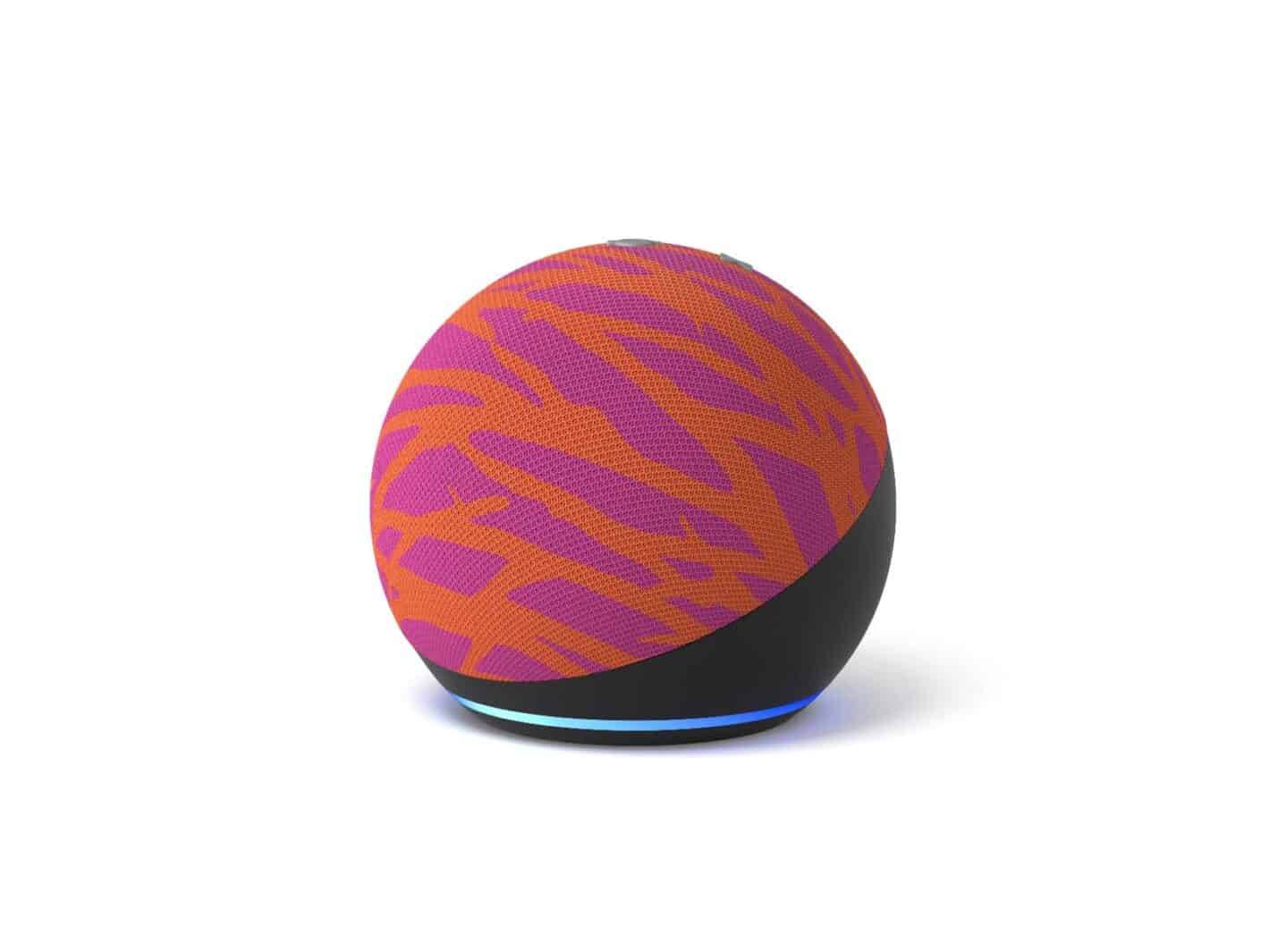 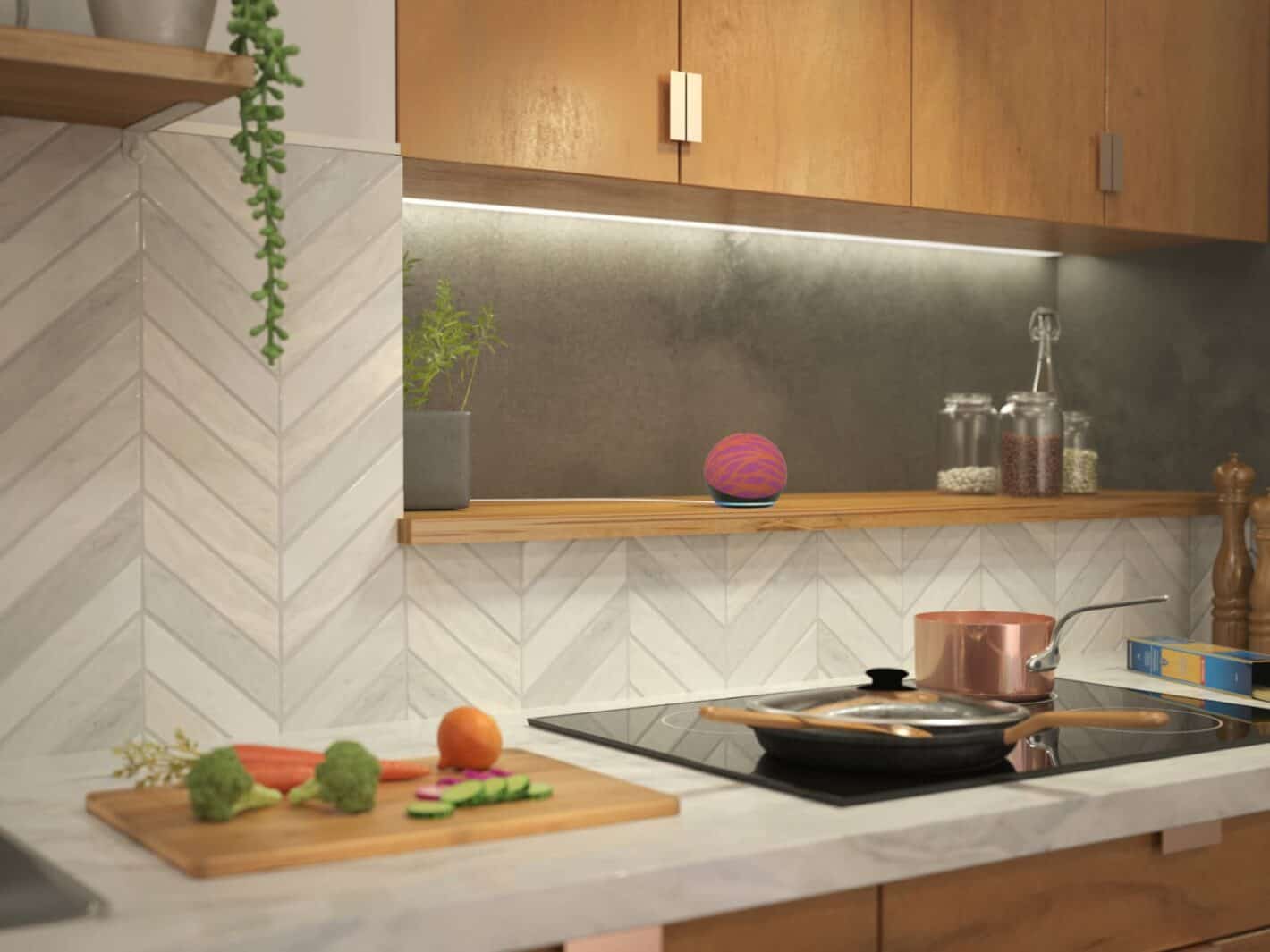 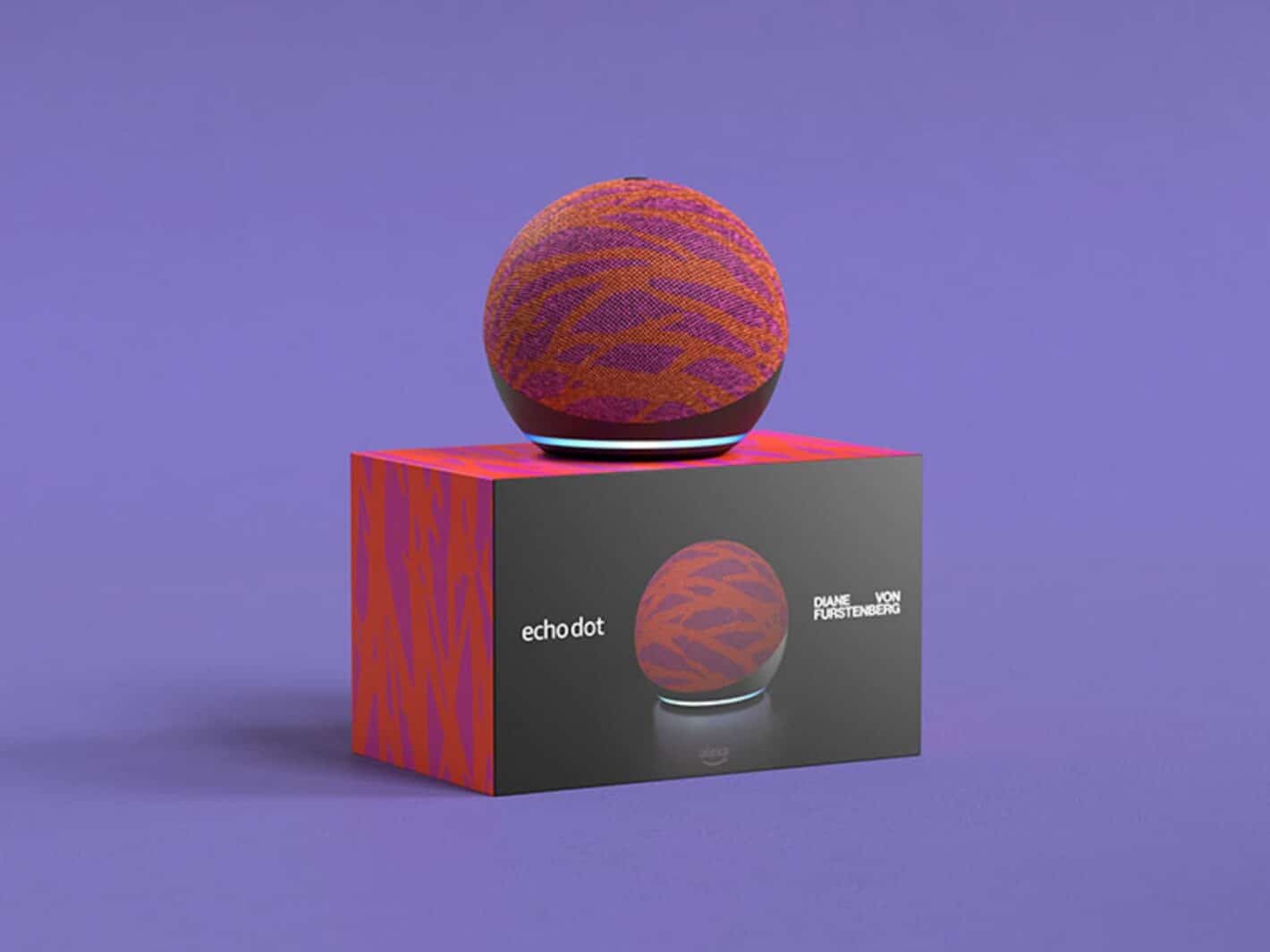 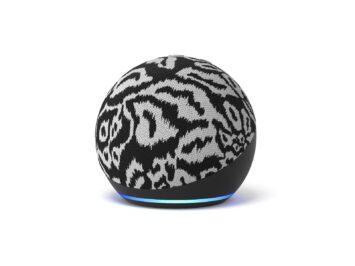 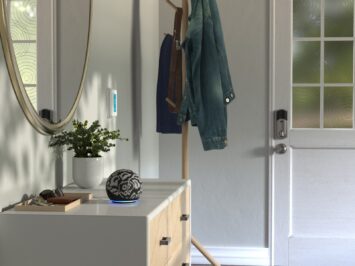 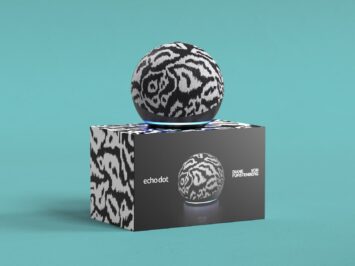 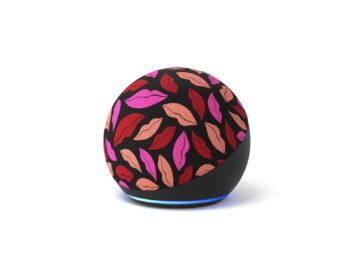 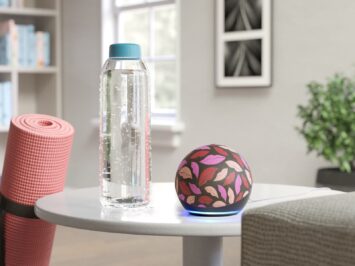 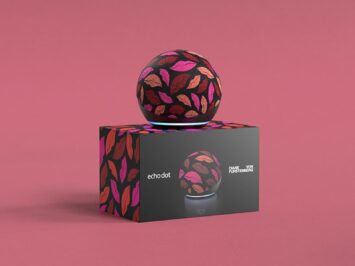 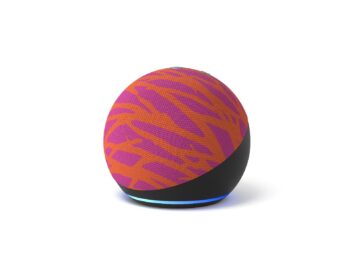 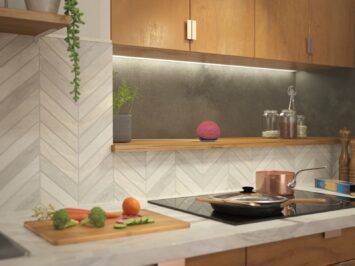 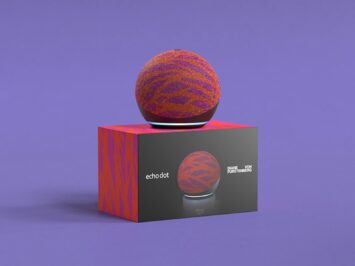