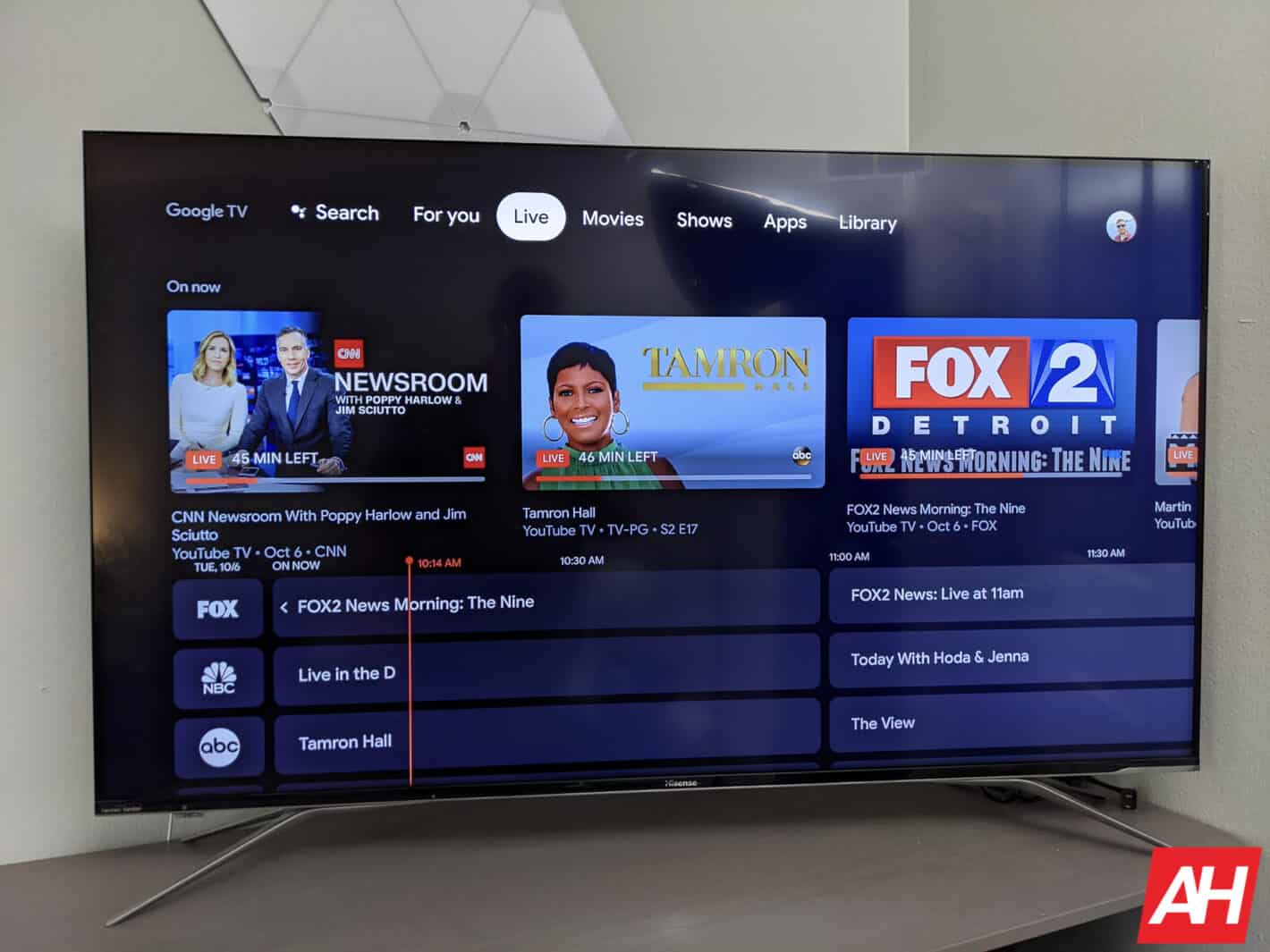 YouTube TV has finally brought two features that subscribers have been clamoring for. That is offline downloads, and the ability to stream in 4K. But it’s not all good news, as these features will not be included in the main subscription for YouTube TV. Instead it’ll be part of an add-on, 4K Plus.

YouTube TV is also bringing a new feature for all of its customers, Dolby 5.1 surround sound will be available “soon”. And it won’t require any additional add-ons or more money. This is another feature that subscribers have been asking for. Google says it will be rolling out to “select devices” over the coming weeks. And Smart TVs will be first on the list.

What is 4K Plus, and how much will it cost me?

4K Plus is the latest add-on that YouTube TV is adding to its platform. It includes offline downloads and 4K streaming. Unfortunately, you can’t get one without the other.

The add-on will cost you $19.99 per month. Bringing the total for your YouTube TV subscription to $85 per month, without any other add-ons. Which makes the service pretty pricey. But offline downloads is a game-changer, especially as the world starts to open up again and we start traveling once again.

Thankfully, there are almost no restrictions for offline downloads. YouTube TV has stated that anything that you can record in your DVR, will be able to be downloaded for offline playback. Which is about 99% of the content that airs on the channels in the base package.

4K is another big deal, but most people likely don’t have the internet speed or TV to support it. However, you can watch major sports in 4K this summer. That will undoubtedly include the Tokyo Olympics. Along with college football and basketball later this year. There will also be on-demand content from FX, Discovery Networks, Tastemade and more, that will be in 4K.

One other feature that this add-on includes that YouTube TV isn’t really talking about is – unlimited streams. Since you can share your account with five people, you can now have everyone watching at the same time. Instead of being limited to three streams.

The new 4K Plus add-on is available on YouTube TV now. Just tap on your profile icon, then tap Settings, and click “add” next to 4K Plus to add it to your account. 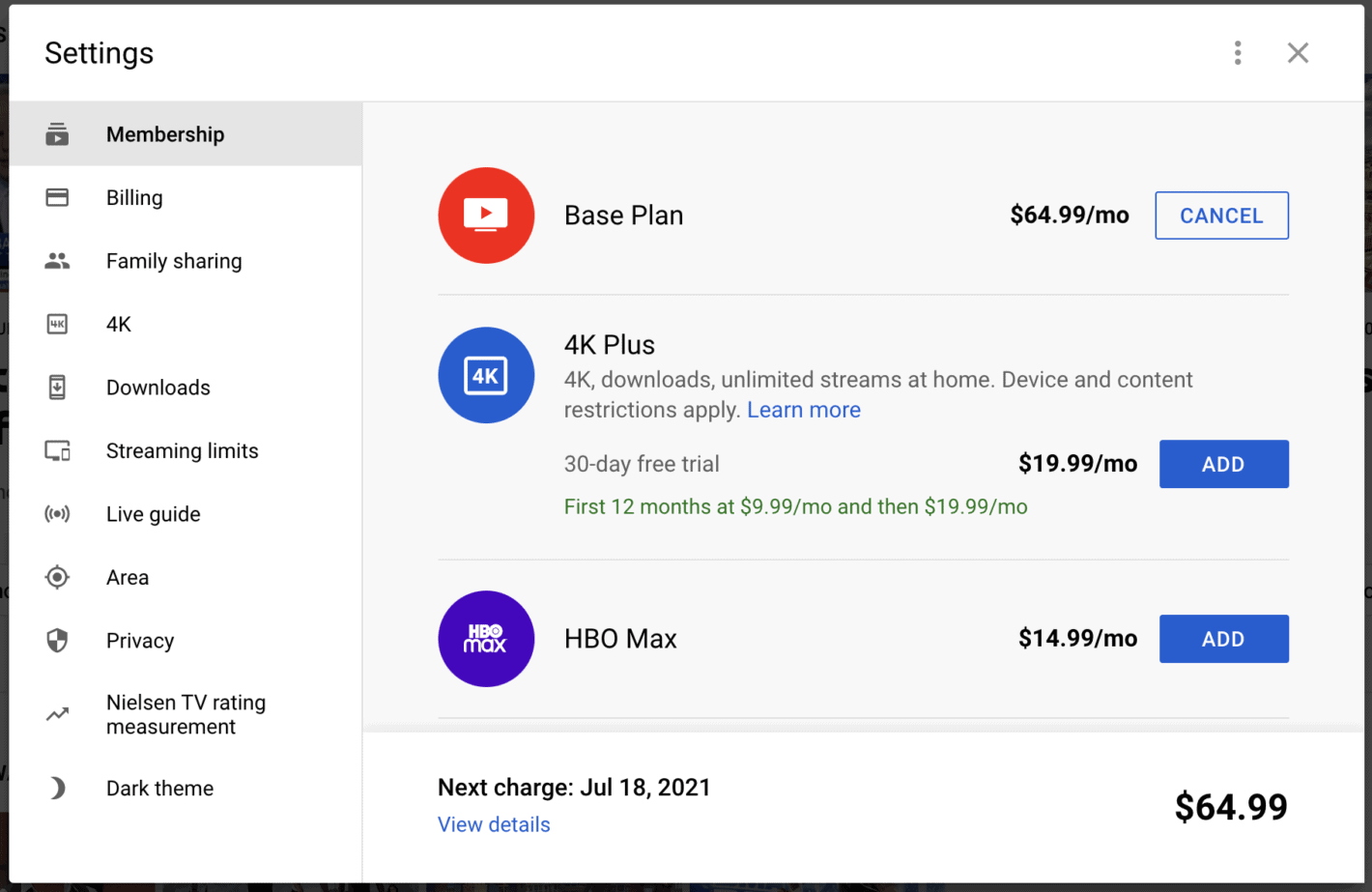