Microsoft Thursday officially announced Windows 11, the next major update to its popular desktop operating system. The new version expectedly brings tons of visual and feature upgrades. Among them is a deeper integration of Microsoft Teams throughout the system.

In a blog post announcing Windows 11, Microsoft notes that the ongoing global health crisis has shown the importance of digital communication for “people to stay close with each other no matter where they are”. To better facilitate these remote connections, be it for personal chats or work meetings, the company is integrating Chat from Microsoft Teams in the taskbar.

Note that it’s not the full Microsoft Teams app, which is already available for download standalone on various platforms including Windows, Android, and iOS. Instead, it’s a stripped-down Chat app that is based on the consumer version of the messaging service. This free version was launched in May this year, just weeks after Microsoft announced that Teams reached 145 million daily active users.

Nonetheless, the new Teams pane on the Windows 11 taskbar will allow users to quickly access their recent contacts to send messages, make voice/video calls, or start a meeting. If the recipient doesn’t have Teams installed on their device, you can still connect via 2-way SMS. A deeper, system-wide integration means you will also be able to instantly mute and unmute directly from the taskbar.

If you want the full Microsoft Teams app, that offers more features for both work or personal use cases, you can download it from the Microsoft Store. Of course, you can opt for some other non-Microsoft video-conferencing service as well, like Zoom.

If you remember, Microsoft last year introduced a “Meet Now” button to the Windows 10 taskbar. It is a Skype-powered feature that lets you quickly join or start video conferences. The feature doesn’t require Skype accounts or the Skype app to work, though Skype comes pre-installed in Windows 10. Users can start video chats through a compatible browser.

Microsoft is now taking the same concept into Windows 11 as well, but replacing Skype with Teams. The latter is more advanced and is a better tool for business communication. So the latest move from the company makes sense.

Windows 11 will roll out to the general public beginning this holiday, i.e. sometime in late November, hopefully. Eligible devices will get a free upgrade. Microsoft will start releasing early builds of the new version to the Windows Insider Program starting next week. Meanwhile, for devices that aren’t eligible for the Windows 11 update, the Skype “Meet Now” feature will continue to be available for as long as Windows 10 is supported. 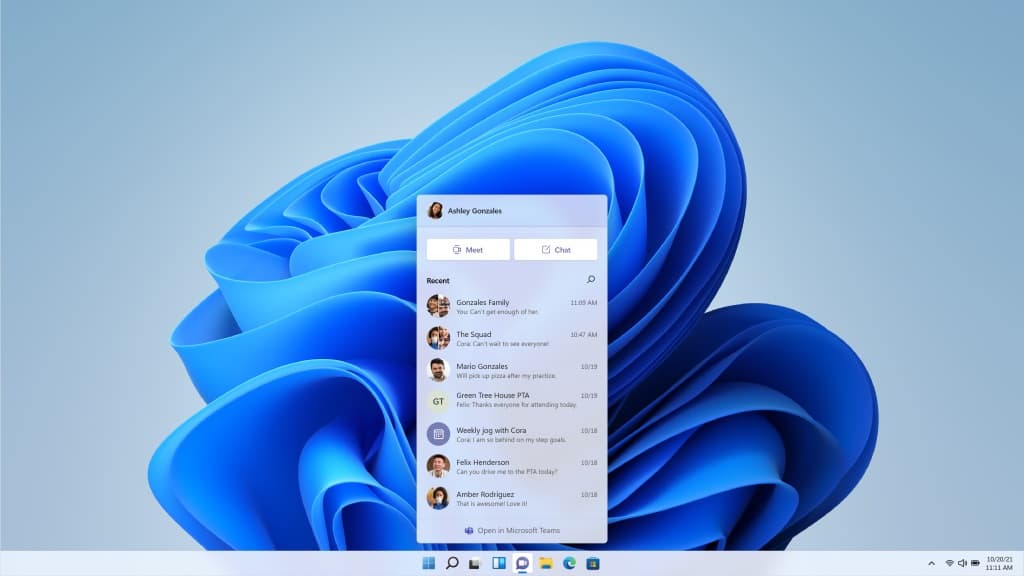