Vizio SmartCast TV lineup recently received an update that added a proper Disney+ app to the platform. However, the support for YouTube TV was still fitful. At least initially, when users had to cast it over from their phone.

Then a native YouTube TV app was launched, which subsequently disappeared and reappeared again. Things are finally changing with Engadget reporting that YouTube’s paid-for-live TV service is coming to the main YouTube app.

Regrettably, the update will be limited to Vizio’s 2020 and newer lineup. The TV service has been embedded within the YouTube app before. Google adopted a similar strategy for Roku users last month.

Google’s decision to nest its TV service within the main YouTube app for Roku users was actually an attempt to skirt Roku’s removal of the TV app. Aside from avoiding Roku’s attempt to remove its TV app, Google’s smart workaround seems to be a practical way to access the paid-for service without requiring two apps on your home screen.

Just days after the tech giant merged its main YouTube and YouTube TV apps on Roku, it came up with a similar update for the latest version of Vizio smart TVs. Those having a supported model will be able to access YouTube TV from within the YouTube app.

Just here to drop a new update. 🎤 @VIZIO SmartCast users with 2020+ devices will be able to access YouTube TV on their YouTube app. Keep a lookout for this feature to hit your 📺 in the next few days.

As a result, these users will not need to install and toggle between two products. During the dispute between Roku and Google, over merging YouTube TV with the main YouTube app, the company had said it will be bringing this change to other devices over time.

YouTube TV finally merging with the main YouTube app for Vizio users is in line with the company’s aforesaid announcement. This change will be accessible to users who have Vizio’s SmartCast 2020 or 2021 TVs, SlashGear reported.

You can find YouTube TV within the main YouTube app. It is on the left-hand side of the interface. 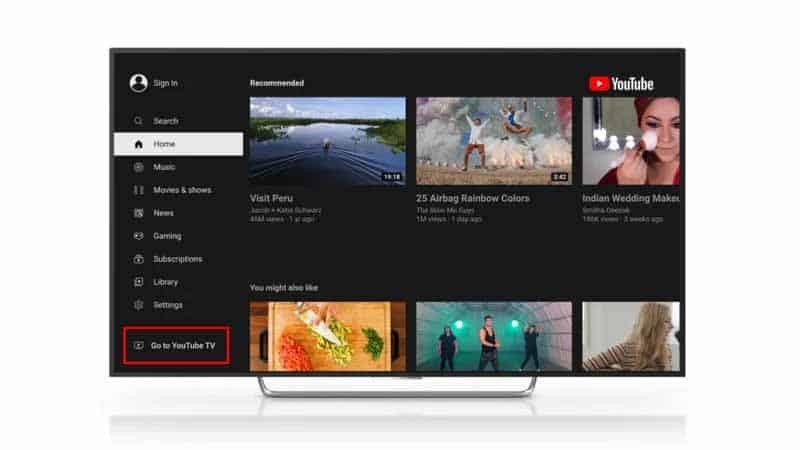 Users will need to scroll to the bottom of the side navigation bar. They need to sign in to their YouTube TV account when they launch the service from within the main YouTube app for the first time, according to Google.

The company hasn’t revealed which devices are next in the pipeline to receive the YouTube TV support in the main YouTube app. The new update is quite nifty for anyone who uses both services as it simplifies the process of switching between the two.