Chrome for Android, version 91, is getting a significant boost in the sharing department thanks to the newly added ability to both snap and edit screenshots directly from the share menu. The new tool, spotted by 9to5Google, was stacked in alongside other wider, browser changes in the most recent update to the app. Namely, the update to Chrome 91.

What exactly does this do?

Summarily, the new feature starts by adding a tool to snap screenshots in the Chrome 91 share menu on Android smartphones. When selecting to share a site from the menu, users are being presented with a new icon. It’s placed on the far-left-hand side and shaped like a dashed-square, with a plus symbol on the lower-right-hand side.

Tapping that will save an image of the entire screen, including page contents and the Chrome UI. Then, users are presented with options to crop, add text, or draw.

The former of the options is a fairly standard cropping menu. The “Text” option at the center, conversely. And that lets users add and format text to the image, as well as offering crop, expand, tilt, and delete options. Finally, “Draw” lets users add shapes manually, including a picker for selecting from 18 color options and no fewer than six different stroke sizes. Of course, undo and redo buttons are also available, just in case.

Once editing is finished, users simply select “Next” at the top-right-hand corner. Then they’ll be able to share it directly from the UI or save it to their device. And Google also offers a third option to delete the image.

What if tools for Screenshots don’t show up for you in Chrome Android yet?

Now, as noted above, this change is arriving via Chrome 91. So the first thing to do if the change isn’t appearing just yet is to update Chrome on your Android smartphone or tablet.

If the change still isn’t showing up, there is another way to add it. Namely, an experimental flag setting that can be turned on to gain access. By navigating to “chrome://flags” and searching for “chrome share screenshot.”

From there, users should be able to “Enable” the feature in the associated drop-down menu. 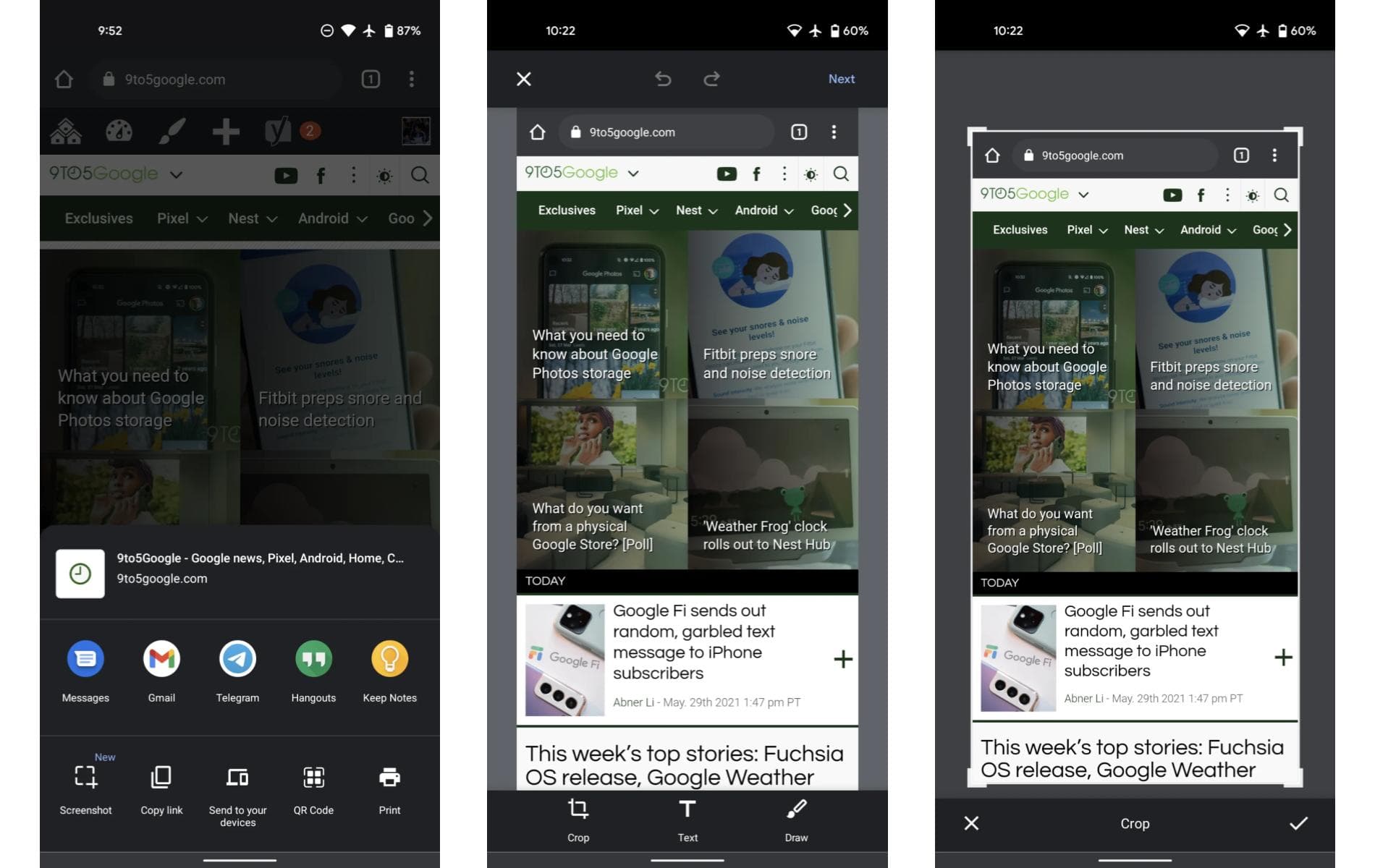