According to Counterpoint Research, the global smartphone market grew 20 percent year-on-year (YoY) to reach 354.94 million units in Q1 2021. This strong growth means smartphone shipment revenue ballooned to over $100 billion for the first time for a March-ending quarter this year, reaching $113 billion.

The figures still mark a 10 percent decline from the previous quarter, i.e. Q4 2020, which is usually a strong quarter for the smartphone industry. The shipment volume nearly touched the 400 million mark during the year-ending quarter last year. Apple, as usual, was the biggest vendor during the period, thanks to its latest iPhone 12 series.

However, the Cupertino-based iPhone maker wasn’t able to replicate this success in Q1 2021. A steep quarterly decline in shipments of iPhones in North America and Europe means the company conceded the top spot as the world’s biggest smartphone vendor to its usual holder Samsung. The Korean firm registered strong growth in the European market to reclaim the crown it briefly lost to Apple.

According to the report, Samsung held a 22 percent share in the global smartphone market in Q1 2021. Apple and Xiaomi captured 17 percent and 14 percent share respectively. OPPO and Vivo follow them with 11 percent and 10 percent market share respectively to make up the top five. Beleaguered Chinese giant Huawei, which topped this chart briefly in the first half last year, has tumbled down to the sixth spot, capturing just about 4 percent of the overall market. 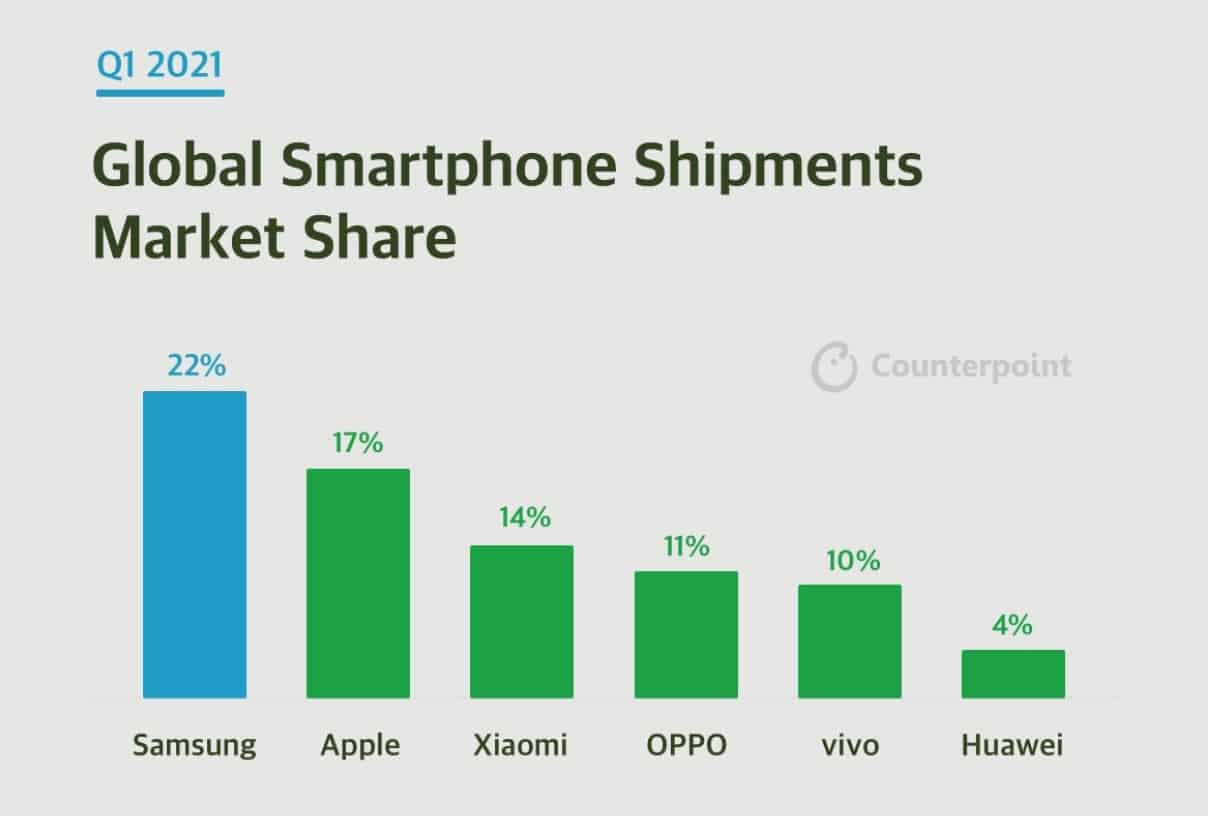 Samsung led the market in Europe, Latin America, and the Middle East

A region-wise breakdown of the Q1 2021 smartphone market reveals a few more interesting bits. To begin with, the North American market is still largely dominated by two players, Apple and Samsung. They accounted for a whopping 83 percent of the overall market. As expected, Apple held the majority of that (55 percent), followed by Samsung (28 percent). LG, Motorola, and Alcatel make up the top five.

Samsung was a breakaway leader in Europe, Latin America, and the Middle East and African region though. The Korean firm held a 37 percent share of the European smartphone market this past quarter. Apple (24 percent) and Xiaomi (19 percent) were the only other brands with a double-digit market share.

The story is similar for the Latin American market as well. Samsung captured a 42 percent share in this region in Q1 2021, followed by Motorola with a 22 percent share. No other OEMs could reach a double-digit market share, with Xiaomi coming third with an 8 percent share.

Lastly, in the Middle East and Africa, Samsung tops the chart with a 26 percent share. TECNO, Xiaomi, and Itel distantly follow the South Korean behemoth with 11 percent, 10 percent, and 9 percent market share respectively. Check out the infographic below for a visual representation of the regional smartphone market share for Q1 2021. 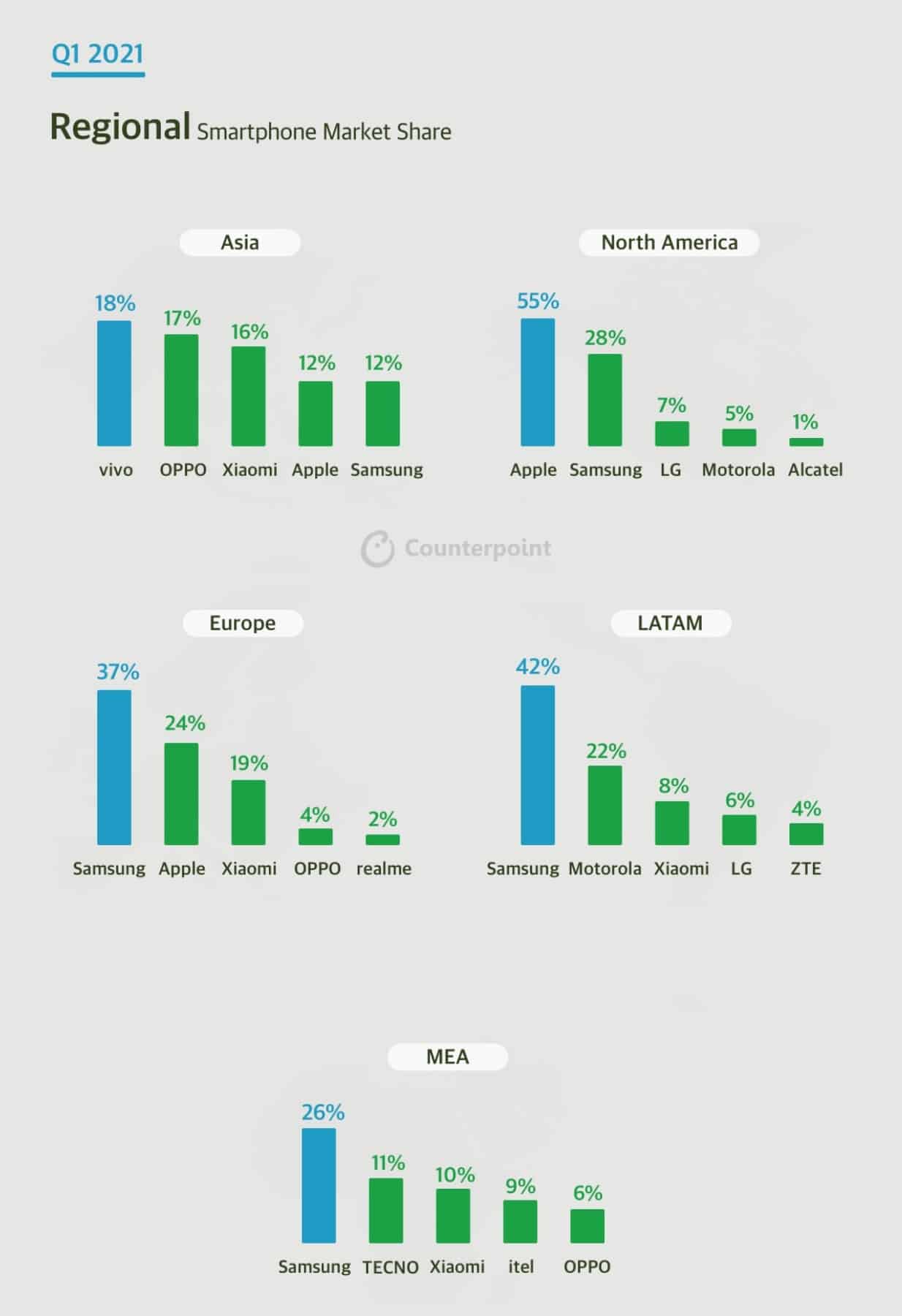