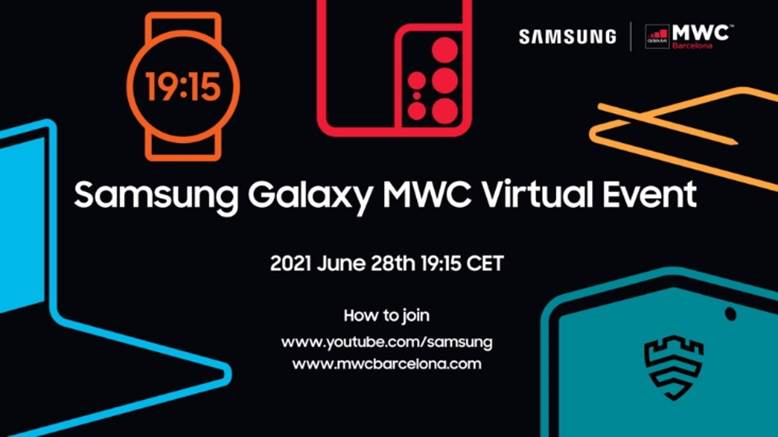 Many companies will be doing virtual press events for MWC 2021, and Samsung is one of them. The reason for that is, of course, the pandemic. It managed to mess with GSMA’s plans this year as well, even though MWC 2021 will take place in Barcelona nonetheless.

Samsung has scheduled its MWC 2021 press event, which will be virtual

Anyhow, Samsung says it will be showcasing “how the Galaxy ecosystem of connected devices is set to provide people with greater possibilities”.

On top of that, Samsung will also share its vision for the future of smartwatches. It will share some information for consumers, and developers alike. Some talk about security will also be included.

That’s pretty much everything that Samsung shared thus far. Based on the company’s words, this event will be heavily focused on wearables. The company’s image teaser does show a foldable phone as well, an S Pen, a smartphone, and a laptop.

We’re not sure that Samsung will talk much about products that are not wearable, though. Those of you who are holding your breath for a Galaxy Z Fold 3, Z Flip 3, or Watch 4 announcement, that almost certainly won’t happen during this event.

A separate Unpacked event will take place in early August

Samsung will schedule a separate Unpacked event in early August, if rumors are to be believed. The company will want all the focus to be on its new devices.

The company may tease its upcoming products during this MWC 2021 event, though. That especially goes for the Galaxy Watch 4 and Watch Active 4 smartwatches that are expected to arrive in August.

Samsung will ditch Tizen in favor of new Wear OS software that it co-developed with Google. Both of its upcoming smartwatches will ship with Wear OS.