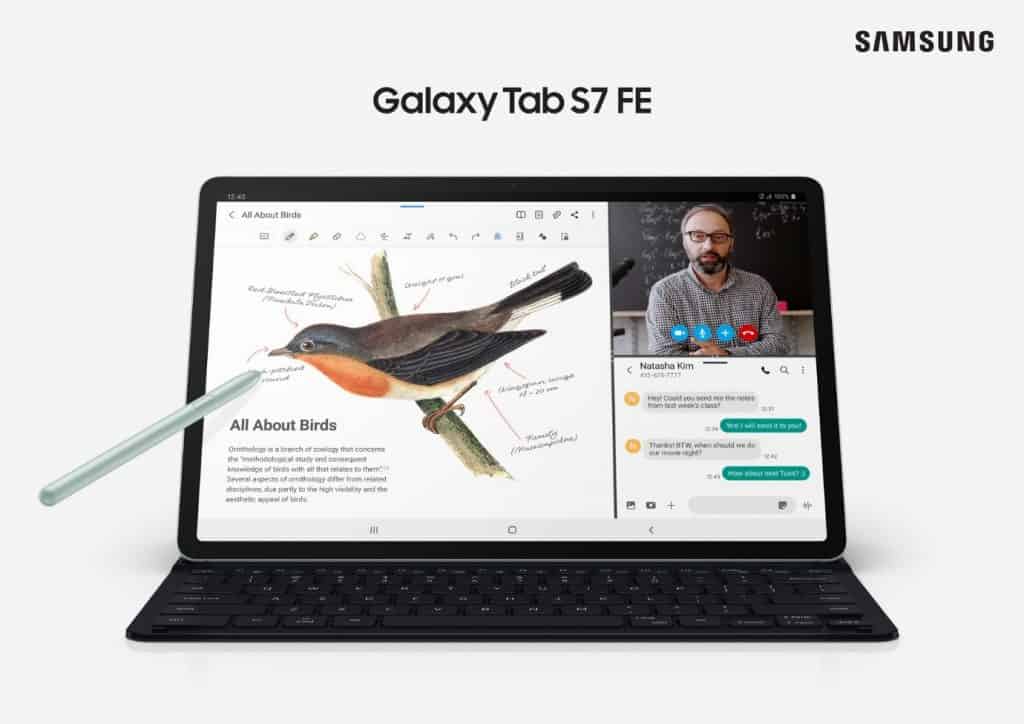 Samsung‘s first-ever Fan Edition tablet, the Galaxy Tab S7 FE, didn’t have the smoothest launch. Aside from the uncountable leaks, the device was prematurely listed on the company’s official website much before the announcement. And while the tablet finally broke cover late last month, its market debut might be delayed, at least in some regions.

According to a report coming from Korea, the Galaxy Tab S7 FE will now release in the domestic market in July. The company had initially said the device would arrive in stores in June. So we are about to see a delay of one month.

The report attributes this delay to multiple factors. Firstly, the ongoing global semiconductor shortage has rocked the tech industry and Samsung is unlikely to have escaped from it. The company may not have been able to secure chips to manufacture enough units early on. Moreover, the spread of the COVID-19 pandemic in Vietnam might have also affected the production rate. Samsung manufactures the majority of its mobile products there.

“The production has been disrupted due to the shortage of semiconductors in the industry as a whole and the Corona 19 issue. As such, the release date of the Galaxy Tab S7 FE is expected around July,” the report cites an industry official as saying (via).

Samsung, meanwhile, declined to comment on “unreleased products”. The company has yet to reveal the availability details for the Galaxy Tab S7 FE in its home country. This further hints at a delay in the market release of the product.

When Samsung announced the Galaxy Tab S7 FE last month, it gave a vague June release time frame. The company didn’t go into details. But it didn’t make fans wait for too long as the new device went on sale in Russia yesterday. This gave hope that the tablet could soon release in other markets as well. But it appears everyone wouldn’t be that lucky.

The latest report only talks about a delayed launch in South Korea. However, since it is seemingly a production-related issue, the possibility of a delay in other markets is also very much on the cards. If you recall, the launch of the Galaxy A72 smartphone in the US has also been delayed due to chip shortage issues. It appears the Galaxy Tab S7 FE is now facing similar problems as well. We will keep you updated as and when more information emerges.