Samsung smartwatches are some of the best smartwatches available, and for MWC Samsung has something special planned. Specifically, Samsung is holding a live virtual event to showcase the future of its Galaxy smartwatches as part of MWC.

Now Samsung doesn’t specifically state what it will reveal. Meaning it doesn’t mention any devices exclusively by name. However, take into consideration what Google announced back at Google IO earlier this year. The future of Wear OS, thanks to its joint partnership with Samsung which will bring the wearable operating system into the new age.

Wear OS should be all the better for it too. With improvements like better battery life and better performance. Two things that Wear OS is in desperate need of.

Samsung will showcase the future of smartwatches at MWC

According to Samsung the title of the event is “Galaxy Ecosystem/New Watch Experience/Mobile Security.” It doesn’t take a lot to envision what the company is cooking up. As it’s quite likely referring to the new hybrid watch experience that it’s working on with Google. At least for part of the event.

During Google IO, not a lot was discussed for this new watch experience. So this could be Samsung’s time to shine by revealing some more in-depth details about its upcoming smartwatch. The event will take place virtually so Samsung won’t be presenting anything physically like it has at past events.

As for the timing, the event starts at 7:15 PM CET on June 28, which is 10:15AM PST in the US. That makes it a morning event here, and it’s plenty late enough for most people to be up and ready to see what Samsung has planned.

Samsung has also sent out invites to press to mark the occasion. You can view an image of the invite below. And as with previous event invites Samsung is teasing a number of different things. There are likenesses of a smartwatch, a laptop, a smartphone, the Knox security logo, and either a tablet or a Galaxy Note device.

This along with the name suggests that Samsung is going to reveal more than just a new watch experience. Samsung will be hosting the event live on its official YouTube channel. 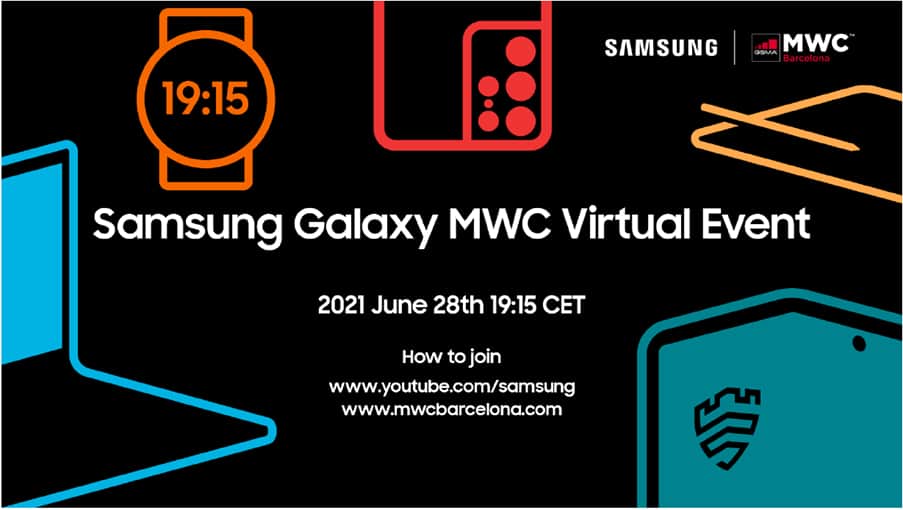