The Samsung Galaxy S21 Olympic Games Edition is now available to pre-order, after it got announced last month. This handset got announced in Japan, and there were some rumors it may get cancelled.

As most of you know, the Olympic Games in Tokyo got postponed last year, to this year. The reason behind it is the pandemic, of course. A petition is going around Japan, as it’s trying to fight against the whole event due to the pandemic.

We’re still not in the clear in that regard, and quite a few people don’t want the Olympic Games to happen at all, not this year. Well, it seems like that petition is not doing much good, as the Olympic Games are taking place as planned, starting in July.

The Galaxy S20 Olympic Games Edition got cancelled last year, for those of you who forgot. Well, its Galaxy S21 counterpart is coming. Chances are that all participants in the Olympic Games will get one, but we can’t confirm that just yet.

Now, regarding the phone itself, it’s essentially the Galaxy S21 with a different paint job (Phantom Blue), and an Olympic logo on it. You can see the phone in the image below. 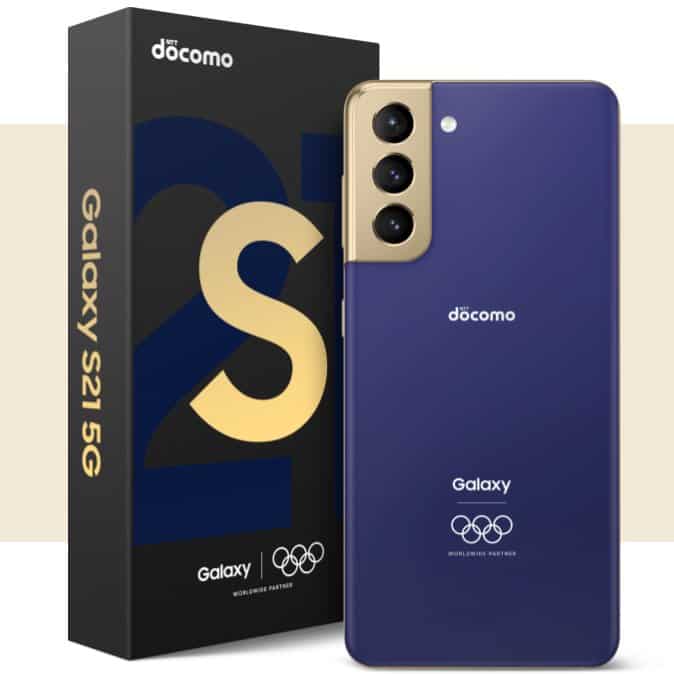 Its specifications are also the same as they are on the regular Galaxy S21. It’s not surprising Samsung didn’t change anything in that regard. We are expecting to see some Olympic Games-related materials on the device itself, though.

Chances are you’ll find some themed wallpapers on there, and perhaps even an entire theme for the device. This handset got announced in partnership with NTT Docomo, a Japan-based carrier.

The phone is priced at 112,464 yen ($1,025) during the pre-order period. Customers from Japan can choose to make a one-time payment, or sign up for an installment plan instead. This phone likely won’t go on sale in more countries.