The phone appeared under the model number ‘SM-G990B’, with a ‘lahaina’ motherboard. The listing surfaced yesterday on Geekbench, and it reports that the phone scored 592 points in the single-core, and 2,610 points in the multi-core test. Do note that this is a prototype, so take those numbers with a grain of salt.

Aside from 8GB of RAM, this listing basically confirms that the Snapdragon 888 will be included (lahaina codename), and the same goes for Android 11. Samsung will pre-installed One UI on top of Android 11, though, of course.

Now, the Galaxy S21 FE is expected to arrive in August. The phone is rumored to launch alongside the Galaxy Z Fold 3, Z Flip 3, Watch 4, and Watch Active 4.

Samsung will host a huge Unpacked event in August, it seems. A Galaxy Note-branded handset is not coming this year, so the Galaxy Z Fold 3, Z Flip 3, and S21 FE are expected to fill the void.

It is expected to feature a 120Hz display, four cameras, and a 4,500mAh battery

The Galaxy S21 FE is expected to feature a 6.5-inch fullHD+ Super AMOLED display with a 120Hz refresh rate. An in-display fingerprint scanner will also be a part of the package.

The phone is rumored to sport a 12-megapixel main camera on the back, backed by a 12-megapixel ultra-wide unit. The third camera will be a telephoto one, either 12 or 16-megapixel one.

Stereo speakers will be a part of the package, and the same goes for water and dust resistance rating. A 4,500mAh battery is expected, along with fast charging, both wired and wireless.

The Galaxy S21 FE is expected to be more affordable than its predecessor, though it remains to be seen how accurate that rumor is. 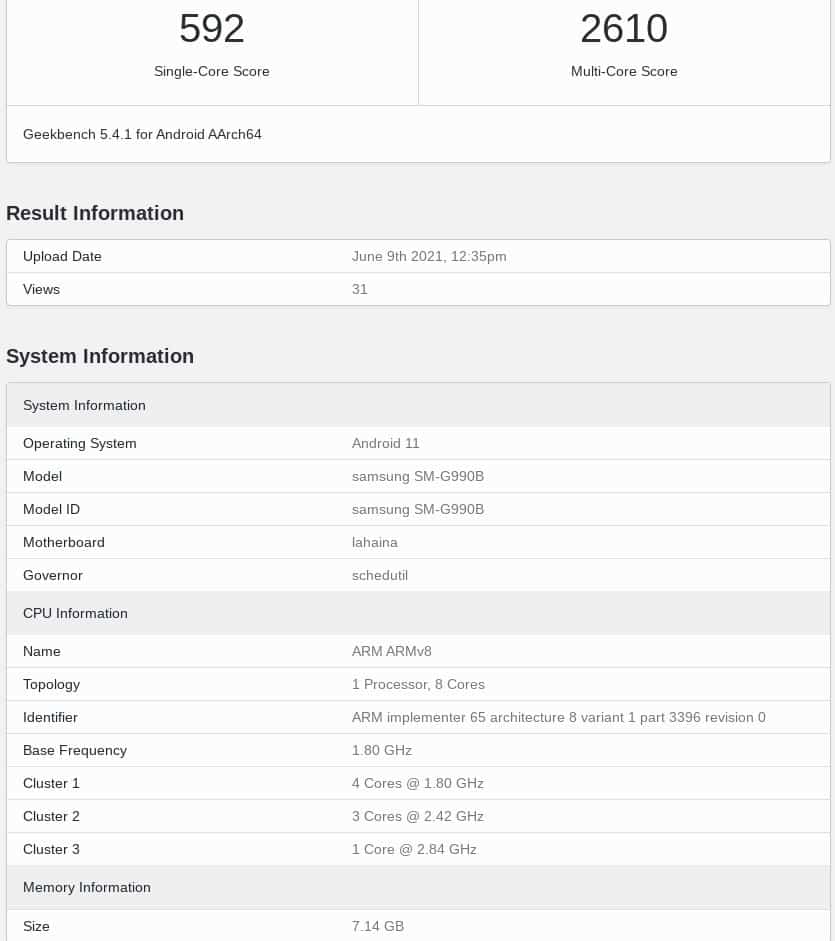