Samsung has officially announced the Galaxy A22 and A22 5G, its newest budget smartphones. These two devices have been leaking for a while now, and it was only a matter of time before they get announced.

That being said, there are quite a few differences between these two phones. They look almost identical, but not the same, while there are a lot of differences in the spec department.

Both of these phones are made out of plastic. Both of them feature a flat display, with a rather thick ‘chin’. They have similar-looking camera setups on the back, but there are some differences. On the Galaxy A22 5G, you’ll notice three cameras and an LED flash inside its camera island. The Galaxy A22 includes four cameras in there, while an LED flash is placed below.

They also have different display notches. The Galaxy A22 5G comes with a waterdrop one, while a dewdrop notch is included on the Galaxy A22. Other than that, the designs look the same.

Now, their specifications are considerably different. In fact, there are more differences than similarities here, as they have different displays, SoCs, cameras, and so on. We’ll talk about the 5G variant first. 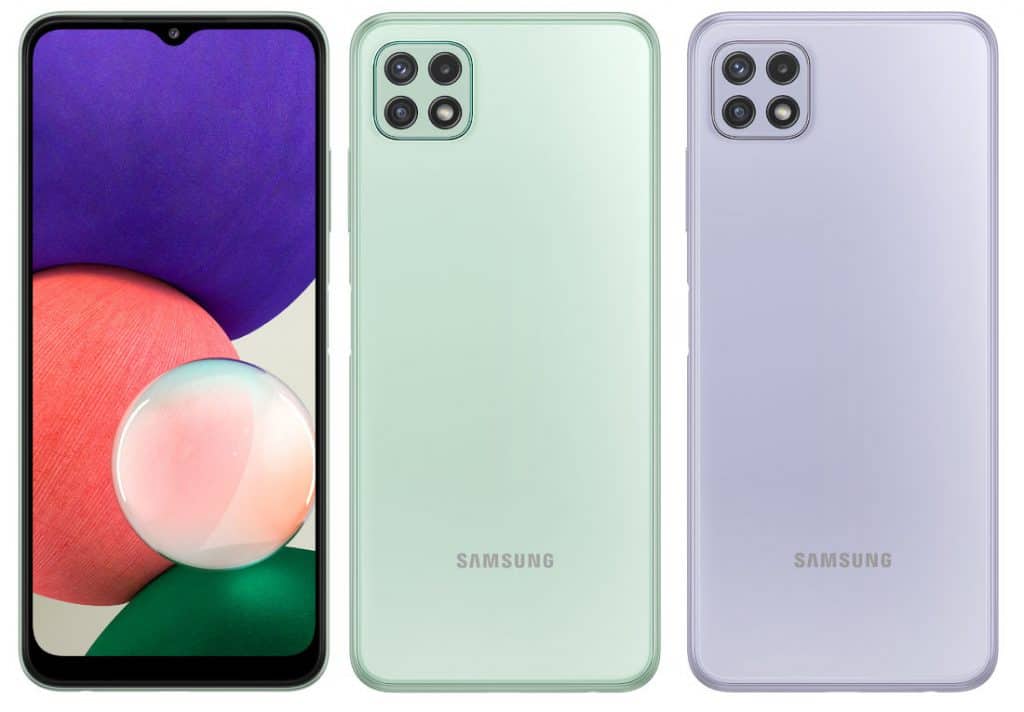 The device comes in three RAM variants, 4GB, 6GB, and 8GB models (LPDDR4X RAM). The 6GB RAM variant comes in both 64GB and 128GB storage options, while the other two models offer 128GB of storage. Storage is expandable on all variants, up to 1TB.

Android 11 comes pre-installed, along with Samsung’s OneUI 3.1 skin. There are two SIM card slots inside of this phone, and a 3.5mm headphone jack is also included. A 5,000mAh battery sits on the inside, and 15W charging is supported. Side-mounted fingerprint scanner is included.

The phone measures 167.2 x 76.4 x 9mm, and weighs 203 grams. It comes in Gray, White, Mint, and Violet color variants. The pricing starts at €229, and it will become available in Europe starting from July. 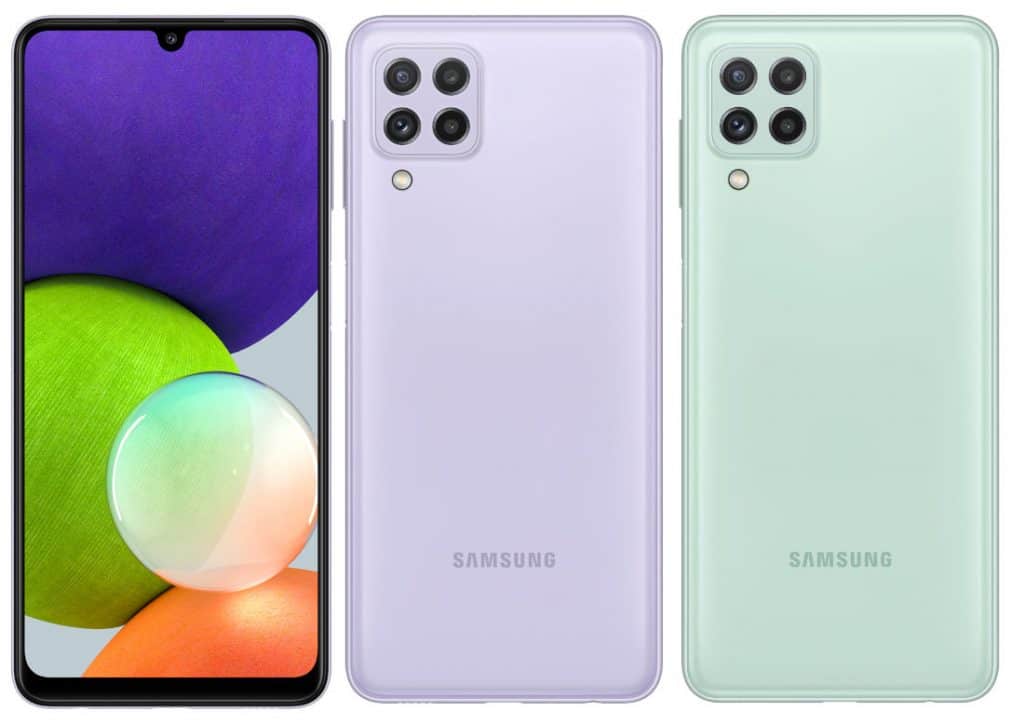 The phone comes in 4GB and 6GB LPDDR4X RAM variants. The first model comes in 64GB and 128GB storage options, while the second will be available in a 128GB storage flavor only. You can expand the storage on all variants up to 256GB.

A 5,000mAh battery is included inside this phone as well, and it also supports 15W wired charging. This phone also has an audio jack.

The phone measures 159.3 x 73.6 x 8.4mm, and weighs 186 grams. The device comes in Gray, Mint, Violet, and White color variants. There’s still no info regarding its price or availability.