Letsgodigital created some 3D renders of the phone, based on the provided sketches. As you can see, the phone looks quite sleek, to say the least. Samsung’s first rollable smartphone is expected to drop next year.

Patent shows what Samsung’s first rollable smartphone may look like

This is not the first rollable smartphone patent we’ve seen from the company, but it is possibly the best-looking one. On top of that, this device does look somewhat realistic as well.

This handset will offer extremely thin bezels, it seems, and its display will be slightly curved on the sides. You can clearly see the rolling / sliding mechanism here, along with some speaker grills and a Type-C USB port.

This particular design has three cameras on the back, and one on the front. Its under-display camera is placed in the upper portion of the device, though it’s not centered. An in-display fingerprint scanner is also tipped to be included.

A heart rate sensor is included here as well

A heart rate sensor is also tipped for the device, while the proximity and light sensors also sit under the display here. The display surface on this phone can be increased by approximately 30 percent.

Needless to say, this is a good-looking device. Samsung is allegedly planning to announce something like that next year, and the final product may resemble this design.

OPPO is the only company that announced a rollable smartphone thus far, though that is just a concept device, and won’t become available for purchase. It does work, though, and even some YouTubers manage to get their hands on it. Samsung’s first rollable is expected to become available to purchase. 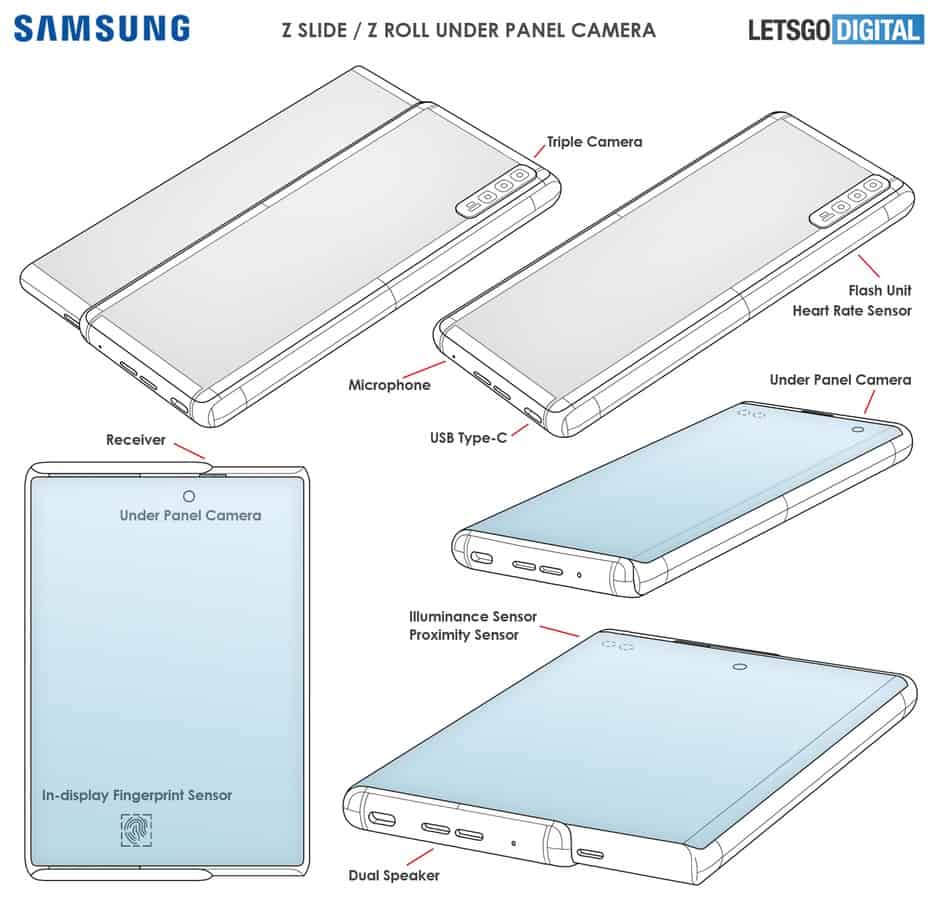