OnePlus will launch its new TV on June 10. Now some renders of it have been leaked. According to Pricebaba, the OnePlus TV U1S will have thin bezels at the top and sides. The below chin is a bit thicker and has the company logo on it.

Moreover, the microphone array and four LED indicators are placed below the logo. You can also find the ‘Co-tuned with Dynaudio’ on the right corner.

The design is not the only leaked information about the new OnePlus TV. The device will be accompanied by a new NFC remote that allows sharing content between TV and smartphones.

The remote is all black, and there is an NFC logo on it to showcase its capability. Some dedicated buttons for Google Assistant, Netflix, and Amazon Prime Video are also included. Other conventional buttons like mute, navigation, volume keys, and more are also available. You can also use your OnePlus Watch as a remote control.

OnePlus previously confirmed that its new TV features hands-free voice control. The microphone array in the renders shows OnePlus has included the feature. Also, users can cast two phones to the TV simultaneously.

The company will have an event on June 10, and we can safely say that the TV U1S is a part of the show. In addition, the Nord CE 5G, as a successor to Nord N10 5G, will also launch in the event.

To get more deep into the OnePlus TV U1S specifications, it’s good to know that the TV will ship at 50, 55, and 65-inch screen sizes. Also, 2GB RAM and 16GB inbuilt storage are available.

It supports 4K and HDR. As for the sound experience, 30W speakers with Dolby Audio, co-tuned with Dynaudio, and Dolby Atmos with pass-through eARC will be included. You can also pair the OnePlus Buds with a TV.

The U1S runs Android TV 10 with OxygenPlay 2.0. You can use its voice-control capabilities through Alexa and Google Assistant. Moreover, it has an inbuilt Chromecast, Data Saver, Kids, and Game modes. 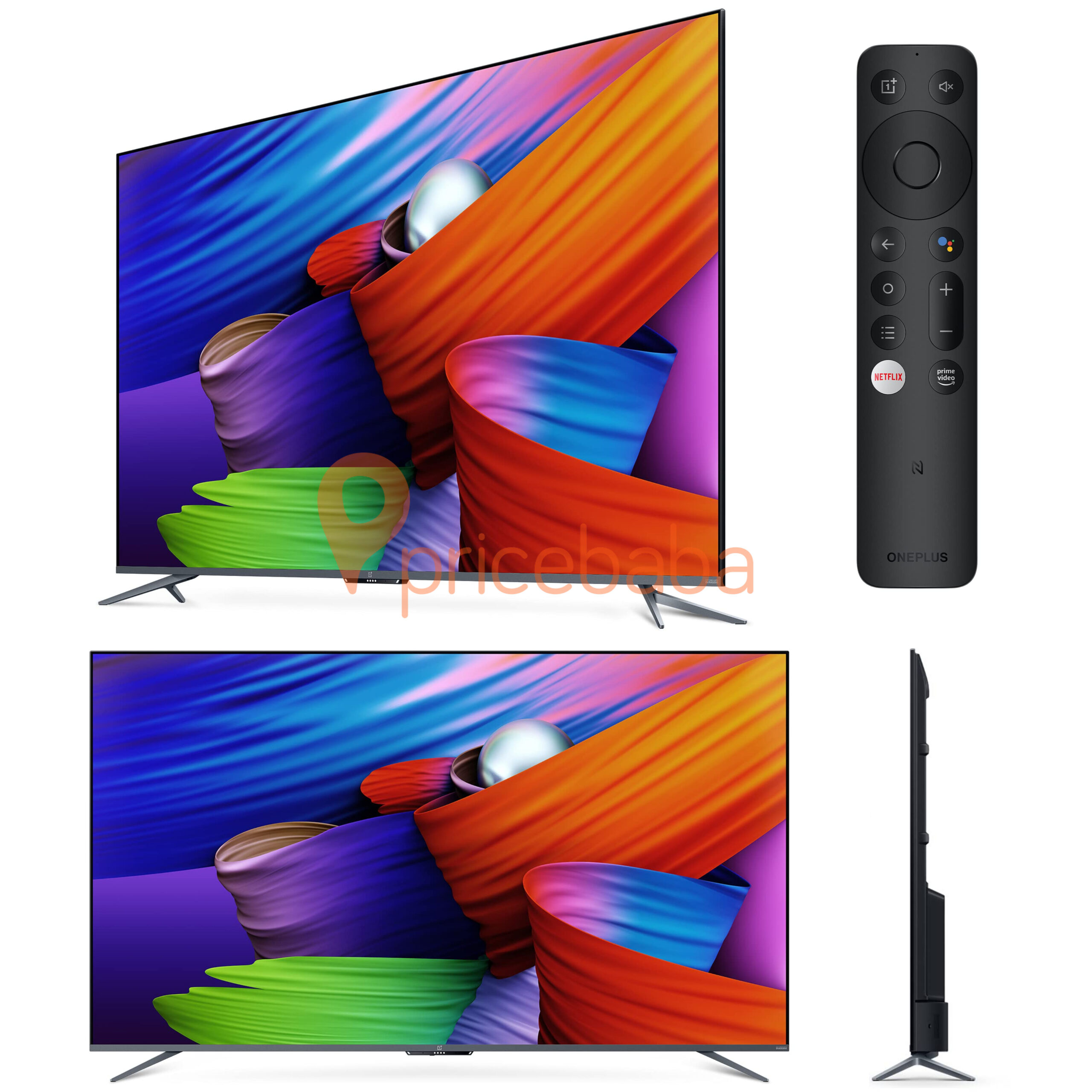