OnePlus has joined the club and started manufacturing its own line of mid-range smartphones. Branded the OnePlus Nord CE 5G, its latest device is set to launch soon. It’s also just been discovered how much RAM and what color consumers can expect to see with this device.

This news comes from an Amazon quiz that took place for Indian users and was spotted by 91 Mobiles. It was a basic five-question quiz that had the OnePlus Nord CE 5G as the prize. It showed the Amazon listing for the phone right below. That listing, though it didn’t have an image, gave some solid information about the device.

It revealed that at least one variant will come with 8GB of RAM and 128GB of storage. As for the color, it will be called “Charcoal Ink.” Since this took place on the Indian Amazon site, it’s not certain if this configuration will be exclusive to the Indian market or not.

These RAM and storage specs put into perspective just how far the smartphone world has come. Back in 2017, when the OnePlus 5 launched, a phone with 8GB of RAM was a top-tier, premium flagship. Now, in 2021, 8GB of RAM and 128GB of storage are considered mid-range.

The OnePlus Nord CE 5G is set to launch in India first on June 6th. It will make its international debut on the 10th.

Other specs of the device have been revealed recently

Other important information about the OnePlus Nord CE 5G was spilled a few days ago, giving us insight into aspects such as the SoC and camera package. The RAM and storage news is the final puzzle piece needed to see what kind of device we’re dealing with.

For starters, the SoC that will be powering this device is going to be the Snapdragon 750 G. It’s a pretty well-rounded mid-range SoC that’s been powering a fair amount of devices. That, with the 8GB of RAM should make this a decently capable device.

The display will be a pretty good one. It’s a 6.43 AMOLED panel, which is a nice thing to see. This is the only OnePlus Nord to get an AMOLED display other than the original. Reports say that it will also have a 90Hz refresh rate.

On the camera front, we can expect the OnePlus Nord CE 5G to have three camera sensors. Right now, we only have information on the primary lens, however. It’s rumored to be a 64 MP sensor- other information like the aperture and the pixel size haven’t been revealed.

The OnePlus Nord CE 5G will be launching soon, so fans of the brand will have something to look forward to. Information like the price and battery capacity are still missing, but it will be revealed when it officially launches. 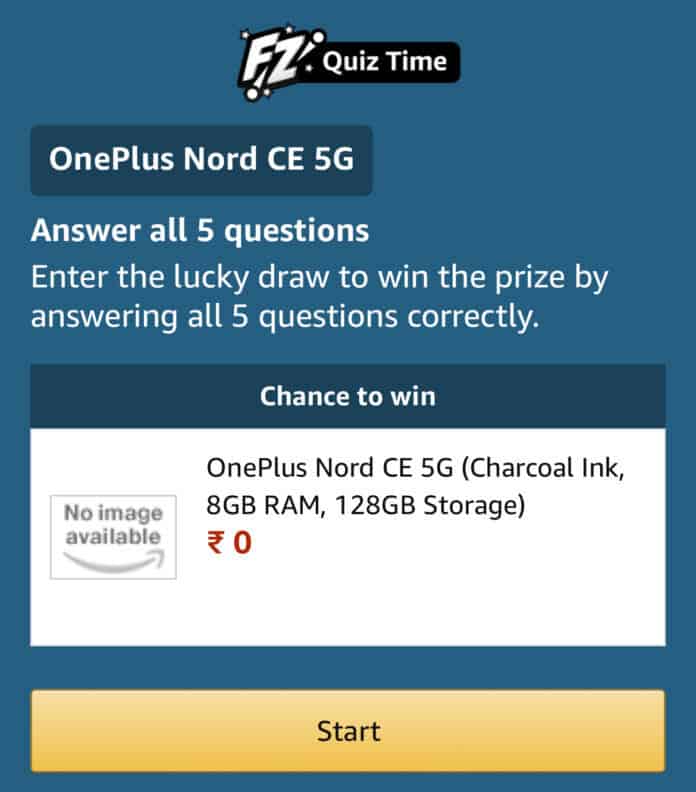