Samsung Galaxy S21 FE more color options have surfaced online in the form of a new leak. It looks like Samsung users get some uber-cool color choices.

The hotly-anticipated Galaxy S21 FE has been floating around the rumor mill for quite some time now. The latest leak comes from a prolific leaker Evan Blass, who has previously divulged some key details about the upcoming handset.

The recently surfaced leak shows off the impending Samsung Galaxy S21 FE colors. Taking to his Twitter account earlier this week, the noted gadget leaker showed off the phone’s colors.

In his tweet, Blass gave us a glimpse of the upcoming phone from 3D objects. Moreover, he noted that the Galaxy S21 FE comes with stock marketing wallpaper that is similar to the Galaxy S21 Ultra, although it is more in common with the S21 and S21 Plus models.

On June 8, Blass tweeted updated color options, with different angles. He shared a link to the full-size picture in his tweet. 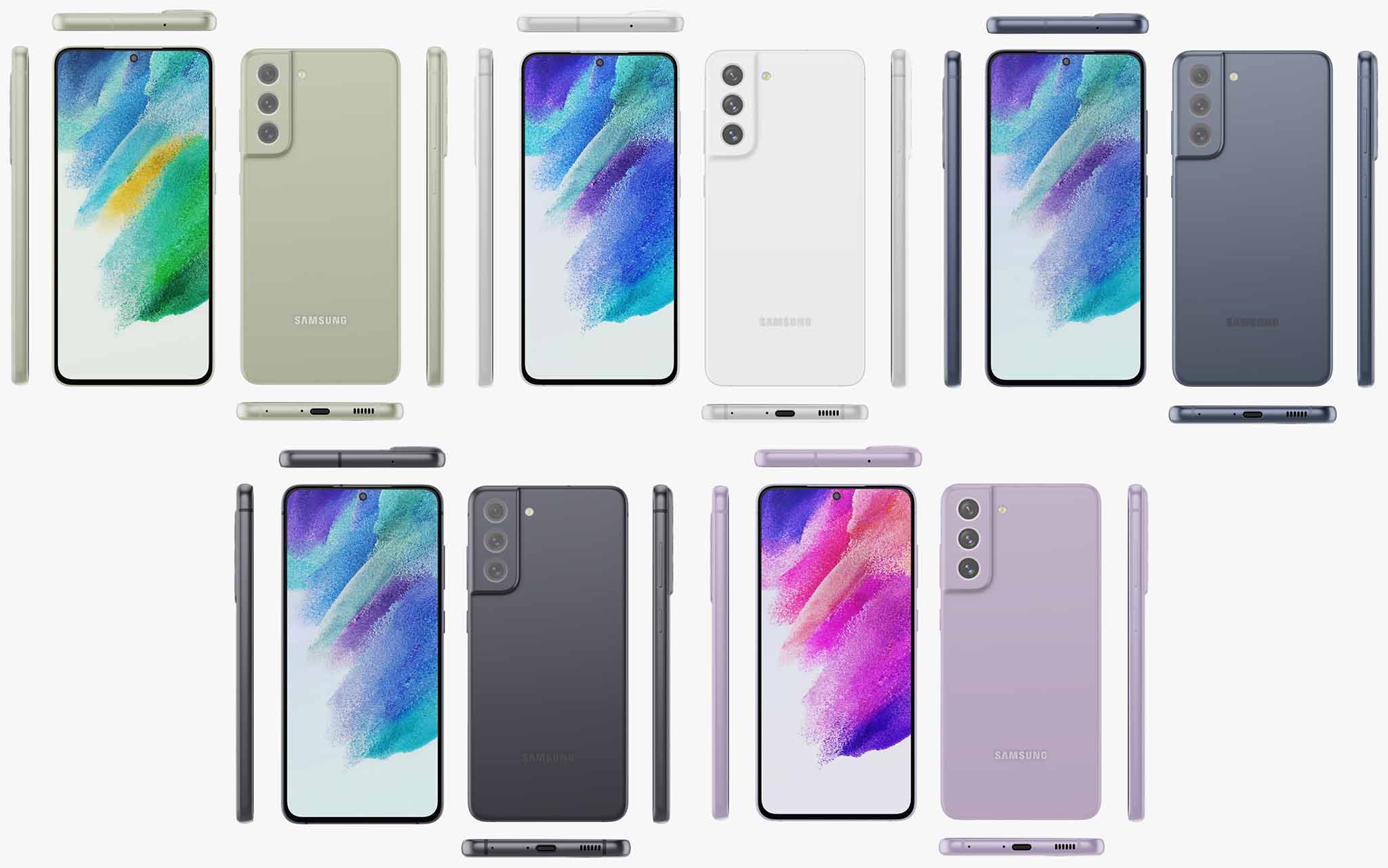 The new Samsung Galaxy S21 FE color options include green, white, blue, violet, and grey. As expected, his comments section was soon teeming with reactions from his followers, who noted that the device looked a lot like the Galaxy A52 Ultra.

It is worth noting that in his previous tweet, Blass had suggested that the phone will up for grabs in unusual color options. The tipster suggested that the S21 FE will be available in olive green, purple, black, and white colorways, Android Authority reported.

Samsung announced the Galaxy S20 FE on September 23, 2020, and released it on October 2. If the South Korean tech giant sticks to the same release schedule, the S21 FE could launch in early fall.

However, since Samsung released the S21 in mid-January, the release date of the S21 FE is likely to be slightly different. According to Leaker Ross Young, the phone will enter production in July, and release in August or September.

Moreover, the S21 FE is likely to carry an affordable price tag. Some reports suggesting that the phone will launch at about $100 cheaper than its precursor.

The Galaxy S21 FE is expected to be a 5G-ready phone. It will Android 11 and will be available in 128GB or 256GB of storage options. It is likely to pack the Snapdragon 888 chip, along with 6GB of RAM.

The S20 FE was backed by a bigger battery than the regular S20. So, Tom’s Guide suggests the S21 FE could improve in some areas that the Galaxy S21 was lacking a little.