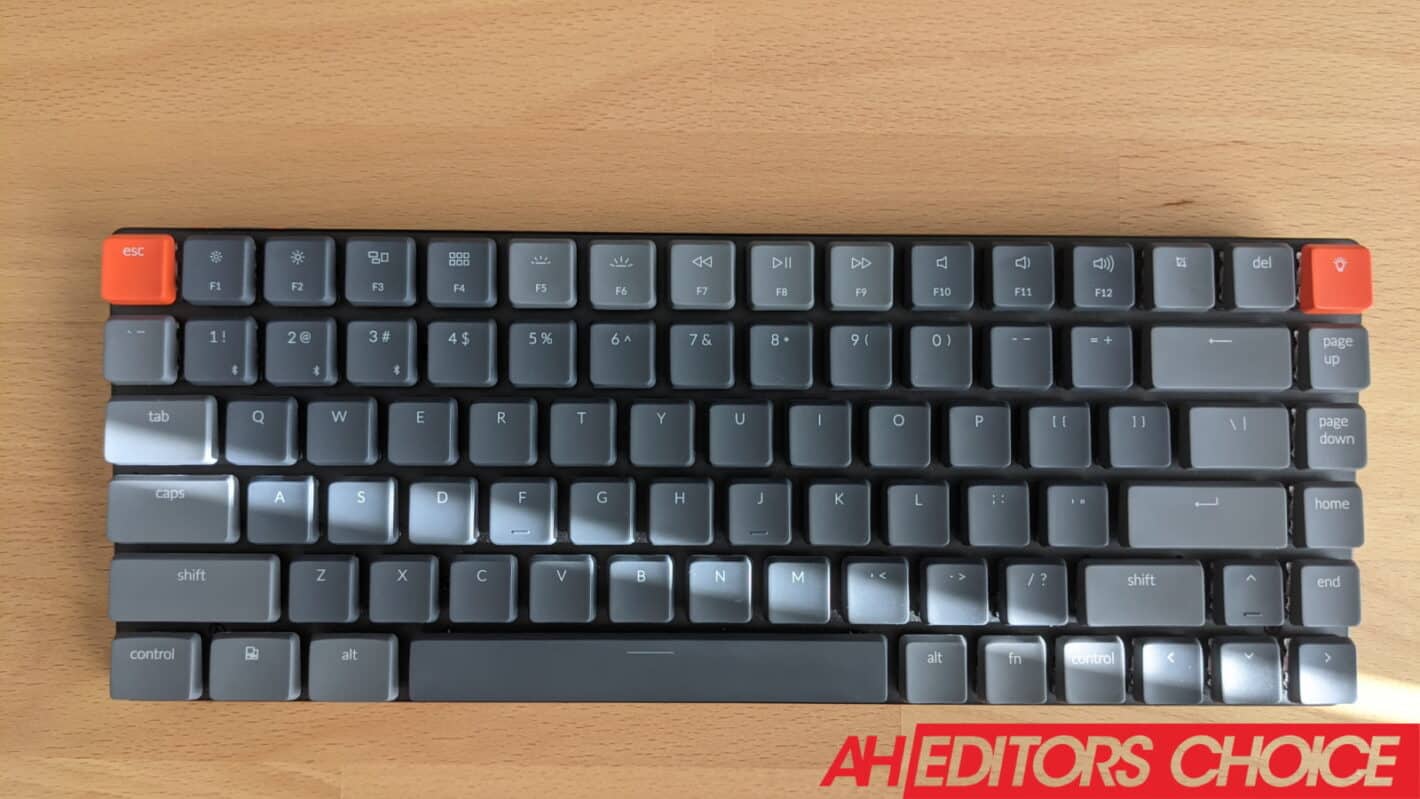 The Keychron K3 is hands down the best wireless mechanical keyboard for your money.

Mechanical keyboards come in all shapes and sizes, with all kinds of features and gimmicks, but most of them hold a candle to the Keychron K3.

I don’t consider myself a huge keyboard nerd. I know that some keyboard builds can get absolutely wild. With specialized key caps, the occasional lube job to get rid of any unwanted noise you don’t feel the keyboard should be putting out etc. But, I’ve used more than a few different keyboards over the last two years alone. Let alone the rest of my mostly adult life.

So how does the keyboard stack up as a whole? Let’s dive a little deeper into it and see what makes this such a great option for just about anyone’s setup.

The Keychron K3 is super comfortable to type on 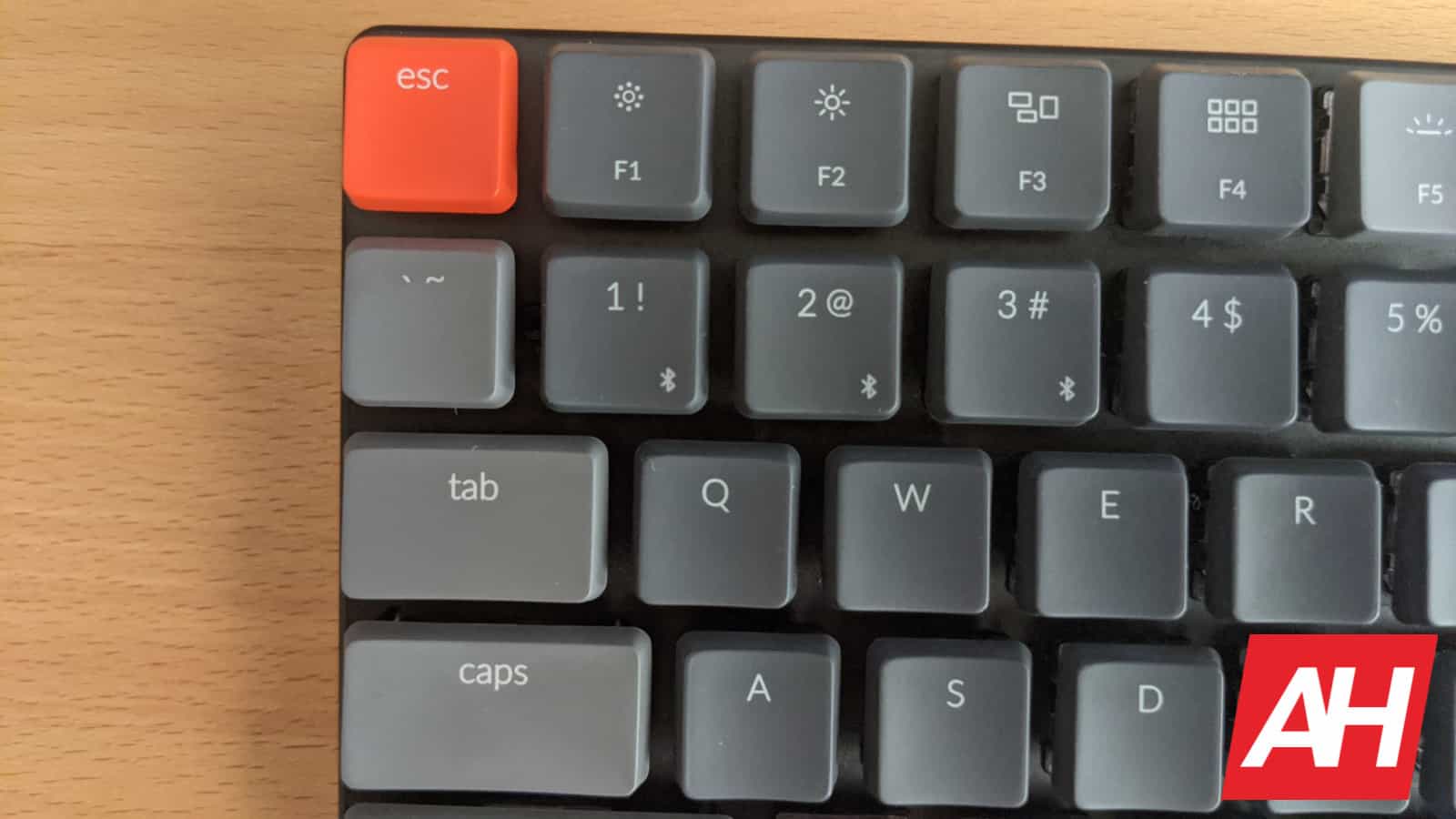 the best parts about this keyboard, at least for me personally, is that it’s extremely comfortable to type on. I’ll attribute that to the slight concave on the key caps. They’re not entirely flat like on the Keychron K1, yet the curve isn’t as deep as some other key caps can be.

Since these are really low profile keys too, each key has less travel required to get a firm press. Though that’s more due to the switches used. Speaking of switches, Keychron offers multiple options for the keyboard at the time of purchase, which includes red, brown, blue, white, black, and orange.

This doesn’t really matter much in terms of the keyboard’s quality, though. It’s more about preference for how you like your keys to feel. As some of the switch options will have more of a click and others will be more quiet.

This is also a tenkeyless keyboard. So it doesn’t have the number pad, but it does have the arrow keys and a dedicated row for the function keys up top. This helps make it more comfortable to type on because you aren’t required to press the function key to access a large portion of the other keys.

Overall, the typing experience on it is great and I haven’t had any issues with it so far.

Battery life is pretty solid but could be better 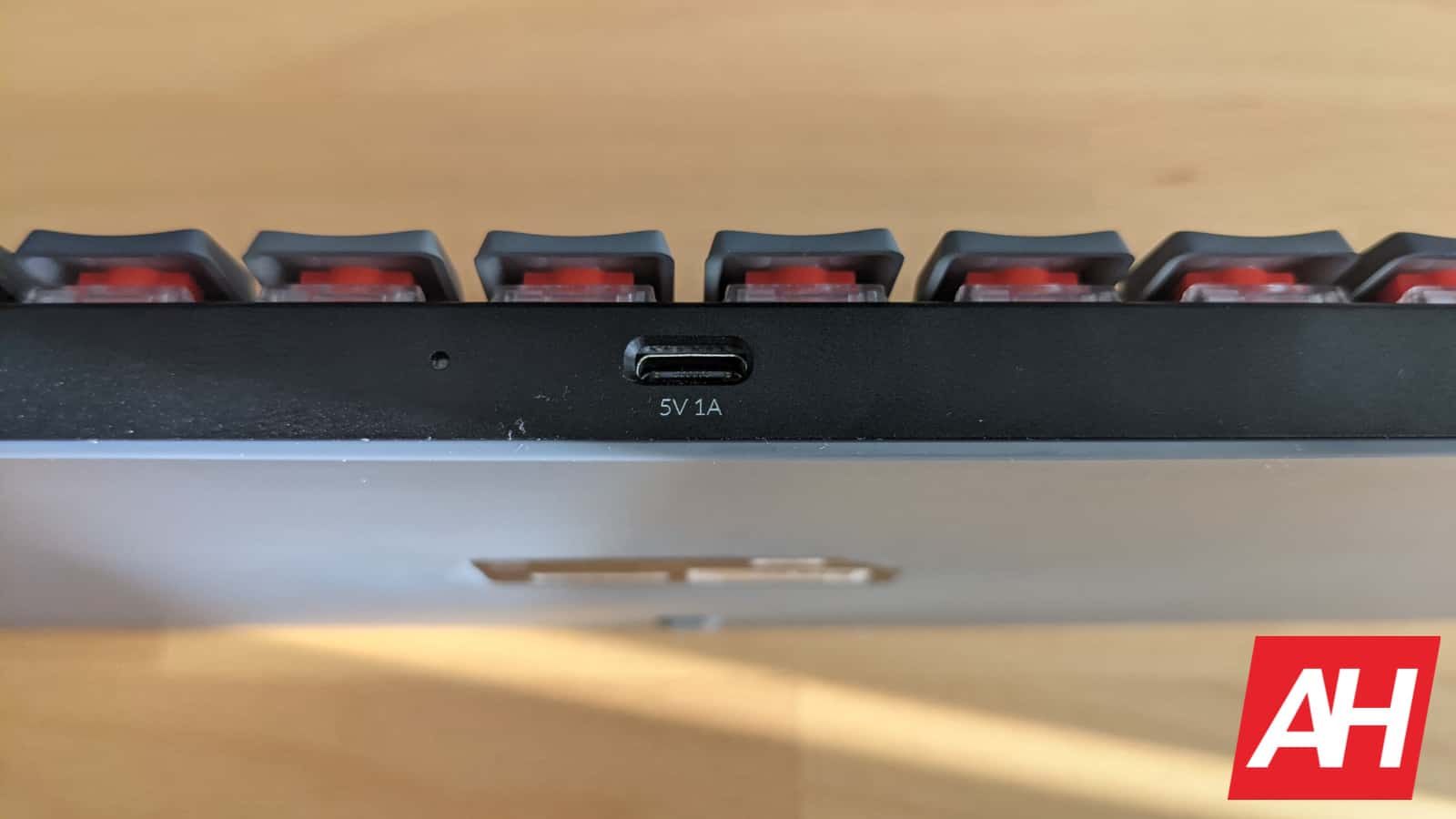 I want to preface this with the fact that I’m comparing the battery life to an older version of the K1 which came with flat, all black keycaps. Having said that, the battery life here is quite a bit better than that older model.

Keychron has the K3 rated for about 35 hours on a single charge when RGB is on. Though it also rates that via lab testing and states that usage may vary by user. In my personal experience, I’m getting about three days out of it.

I also however work on the keyboard for a full day, then spend another few hours most nights playing games. So it’s constantly on. I do switch it off at night though. If you’re not using it as heavily, then that up to 35 hour battery life is likely to stretch across a few more days.

It’s also worth noting that the keyboard does have a sleep mode. If it sits untouched for a couple of minutes it’ll go into this low-power state so it’s not draining battery. Which is a nice touch when you’re watching video where you won’t be typing for longer periods of time.

When you do eventually need to charge this thing, it charges via a USB-C port so charges shouldn’t take too long. Which is a good thing if it dies on you in the middle of the day. The other nice thing is that if you absolutely have to use it while it’s charging, you can simply switch it over to the wired mode and continue typing away.

You won’t get earth shattering battery life results here, but it’s more than capable for everyday use without having to charge it every night. Which was a pretty big issue with the older Keychron K1 for me as it would usually die by the end of my evening.

That isn’t a problem here so it seems Keychron has fixed that.

The kickstands don’t provide much of an ergonomic feel 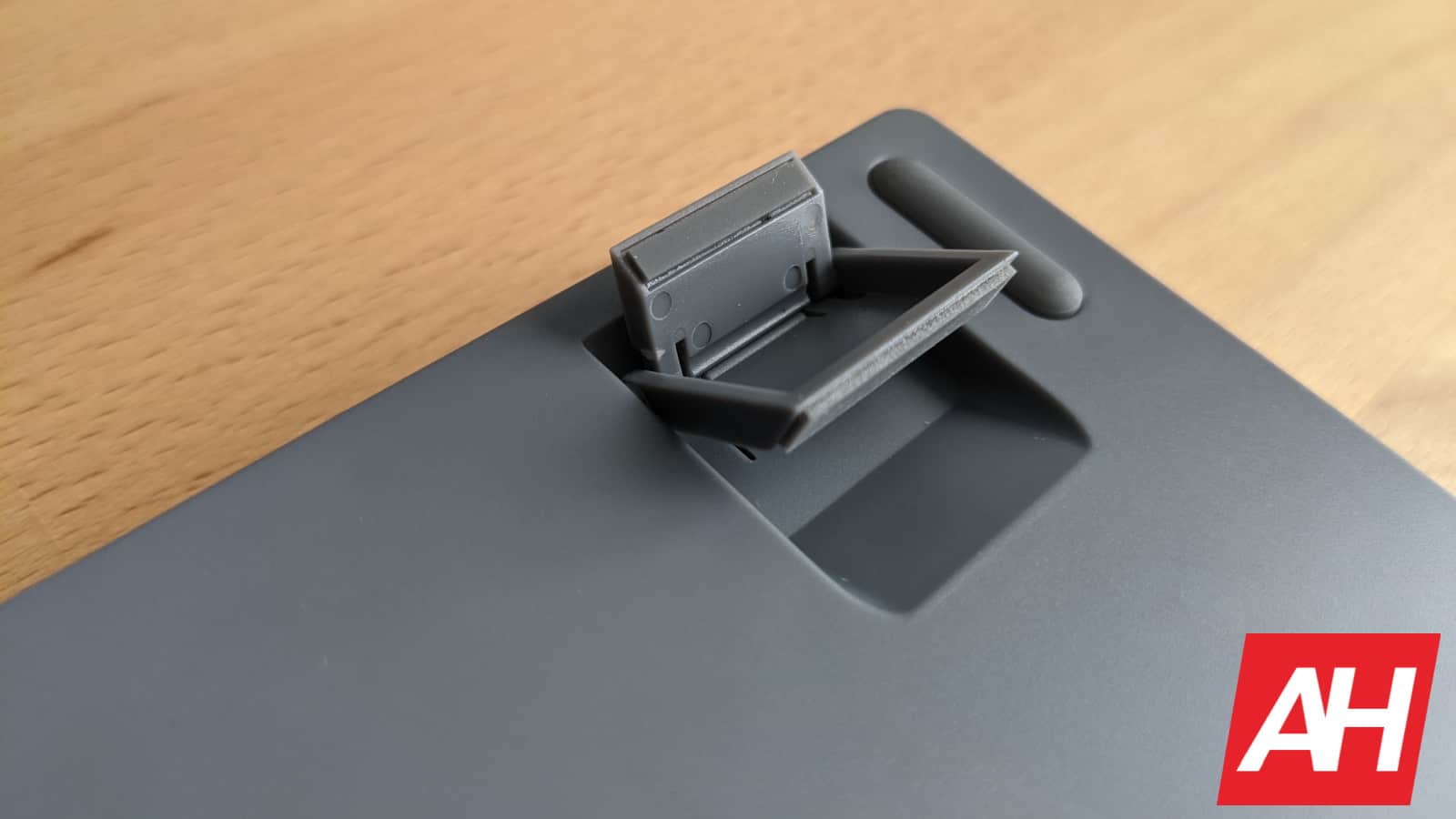 Normally with keyboards, the little kickstand feet that are on the bottom are there to provide the user with more angle options. This is so you get more of an ergonomic feel because the keyboard will sit up at a different angle instead of just flat on the desk.

While the Keychron K3 does have these, they don’t lift the keyboard up much. There are two sets of these, which is nice. As it does give you an option for two different angles aside from sitting flat. But even the larger kickstand still has the keyboard sitting flatter than I’d prefer.

I’m used to having the keyboard sit at a slightly steeper angle with the back side of it being more raised. And unfortunately I didn’t get that with the K3, which wasn’t my personal preference. This doesn’t really make the keyboard uncomfortable to type on for longer periods of use. But it’s not what I’m used to.

The good news really, is that getting used to it isn’t all that rough. And this was really one of the only downsides I could find. Having said all that, the reason the kickstands don’t raise the keyboard much is because the design of it is intended to be ultra-slim. Keychron even markets the keyboard as the perfect option for Mac users who want a mechanical keyboard to replace their Magic Keyboard.

And it does serve that purpose pretty well I think. If you love the Magic Keyboard and want something that’s still really slim, this will do the job. And the upside is that it has mechanical keys. You can even get a variant that has hot-swappable switches. In short, I’d like it to be more ergonomic. But many others may find that the ultra-slim design is a decent trade-off.

The backlighting isn’t super bright, make of that what you will 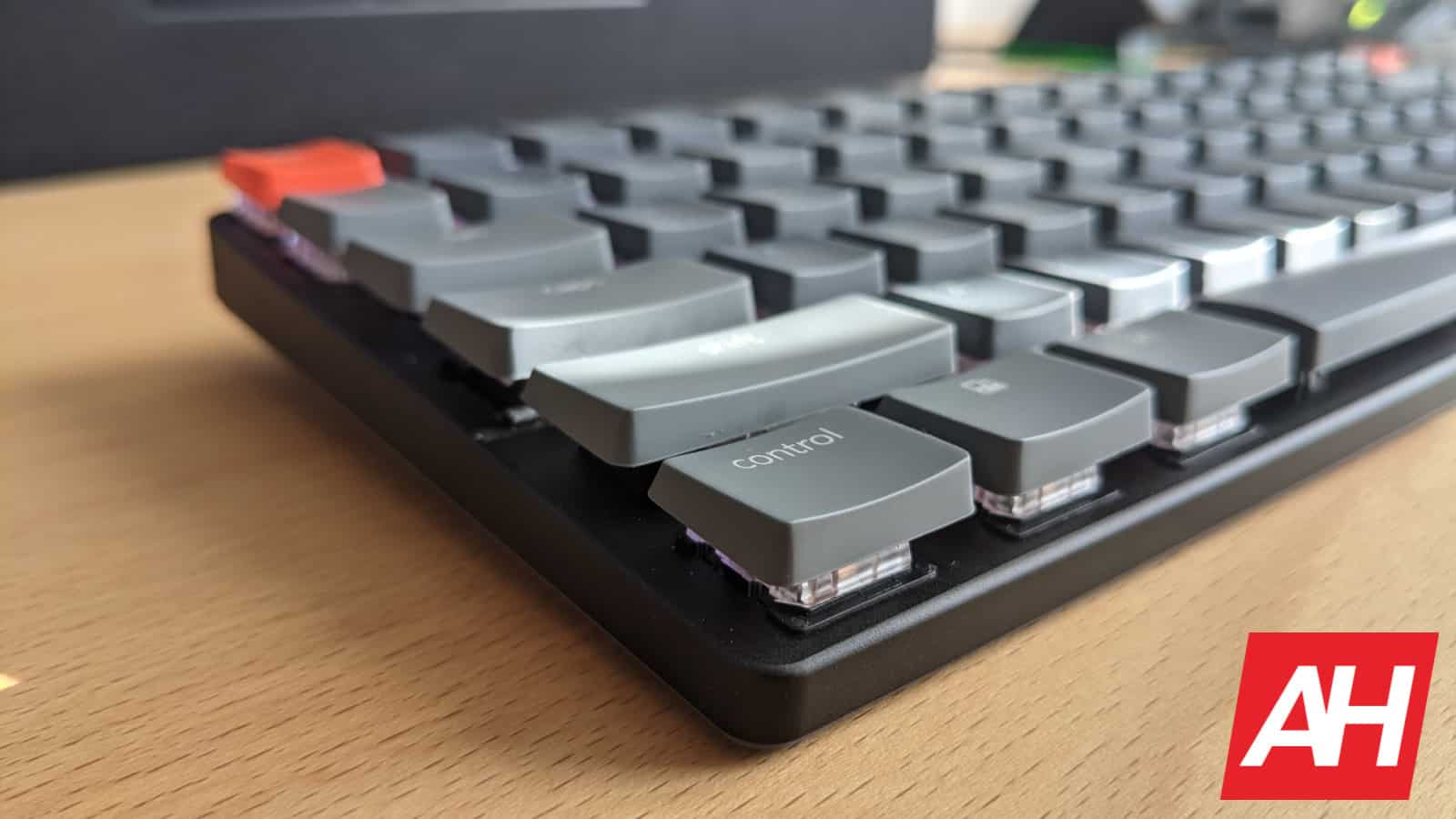 This isn’t strictly a gaming keyboard, but it does come with RGB lighting. So it can certainly have a gamer feel and provide a gamer aesthetic. If you want.

The backlighting isn’t extremely bright though. Which might be just perfect for you or it could be a less desirable trait. It all depends on what you like. The LEDs also don’t shine up through the keycaps much. Instead, the light glows from under the keycaps and is more visible from the back of them.

This I feel like contributes to part of why the lighting doesn’t look as bright as other keyboards. You can see the lights when it’s darker, which is mostly what backlit keyboards are made for. But if you like having the RGB lighting going at all times for the looks, you aren’t going to get much out of it during the day as it almost always looks like the lighting is turned off.

Again this is another element that doesn’t impact the quality or the functionality. But it’s worth mentioning if you like the style of a backlit keyboard. For my own experiences, the more subtle backlighting was a nice change of pace. As I usually use proper gaming keyboards, the backlit keys are always extremely bright right from the jump.

You can always adjust this, but after using the Keychron K3 for a few weeks with a much lower maximum brightness, I think I almost prefer it this way. Because it’s more than bright enough for darker situations, and I don’t usually use the backlights during the day.

Cleaning the keyboard is way easier than you’d think 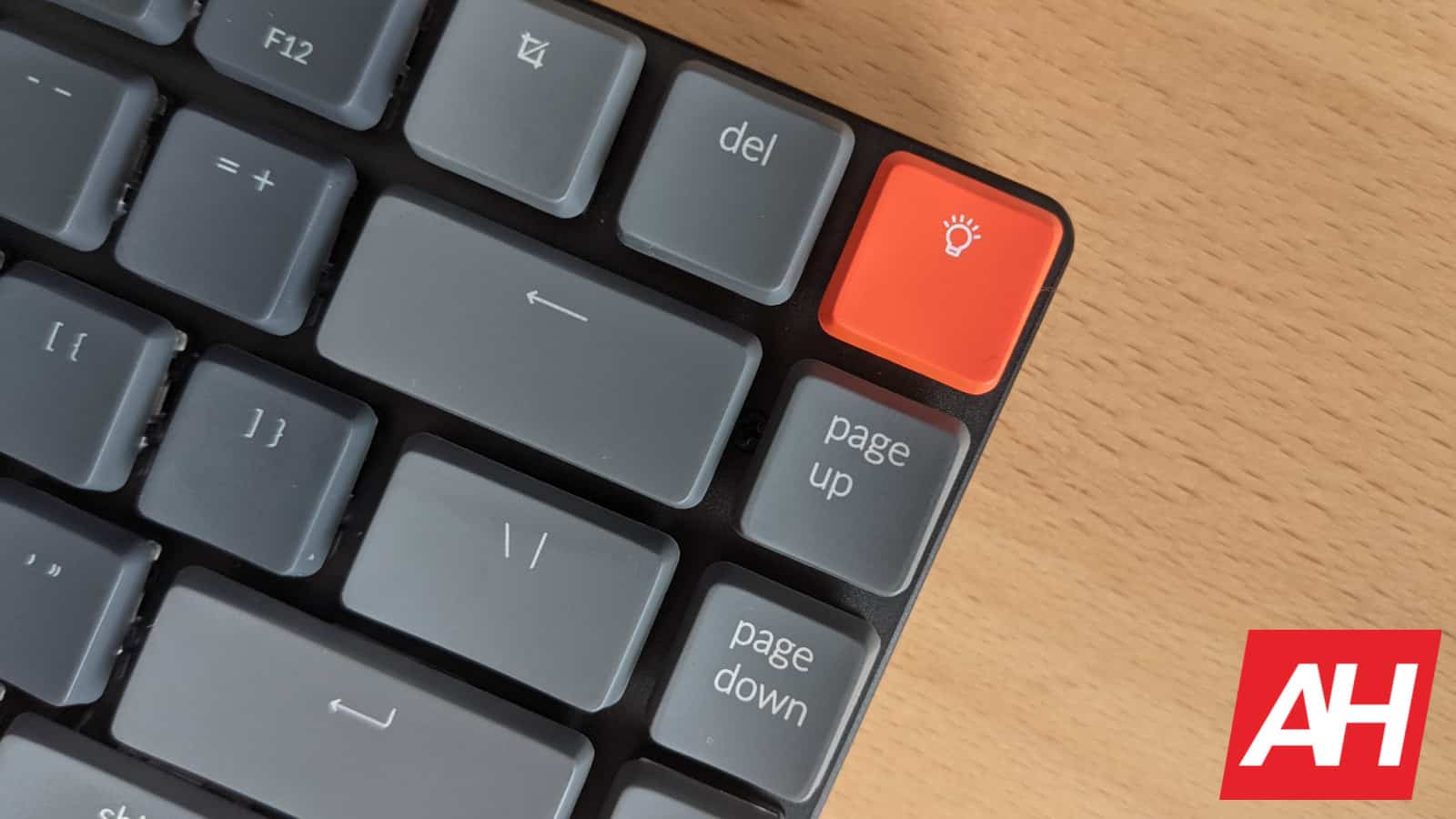 This might come as a surprise to some, but you definitely need to clean your keyboard every now and then. Maybe a little more often if you use it pretty heavily. Like I do.

While this sort of task can take some time, especially with some keyboards, namely larger ones, cleaning the Keychron K3 is pretty easy. For one it’s a tenkeyless 75% keyboard. So you already have less cleaning to do because of the size.

But more importantly it’s the design that set this up to be a pretty painless task. The keyboard comes with a tool for popping off the keycaps. And once the key caps are off, you have one solid flat surface with plenty of space between the switches. What’s even better is that there’s nowhere for stuff to fall into.

Some keyboards have the switches that sit down under a top layer of the board. Basically giving crumbs, dust, and other particles a nice little space to crawl into and make a home. This is an absolute nightmare to clean. Thankfully the K3 isn’t designed that way. The switches are all sitting atop the board with no holes. So everything is closed off and you can easily tidy things up without accidentally shoving things down into the electronics.

So, clean away and feel good about having a clean keyboard to use when you’re done. Your fingers will thank you for it.

Should I buy the Keychron K3? 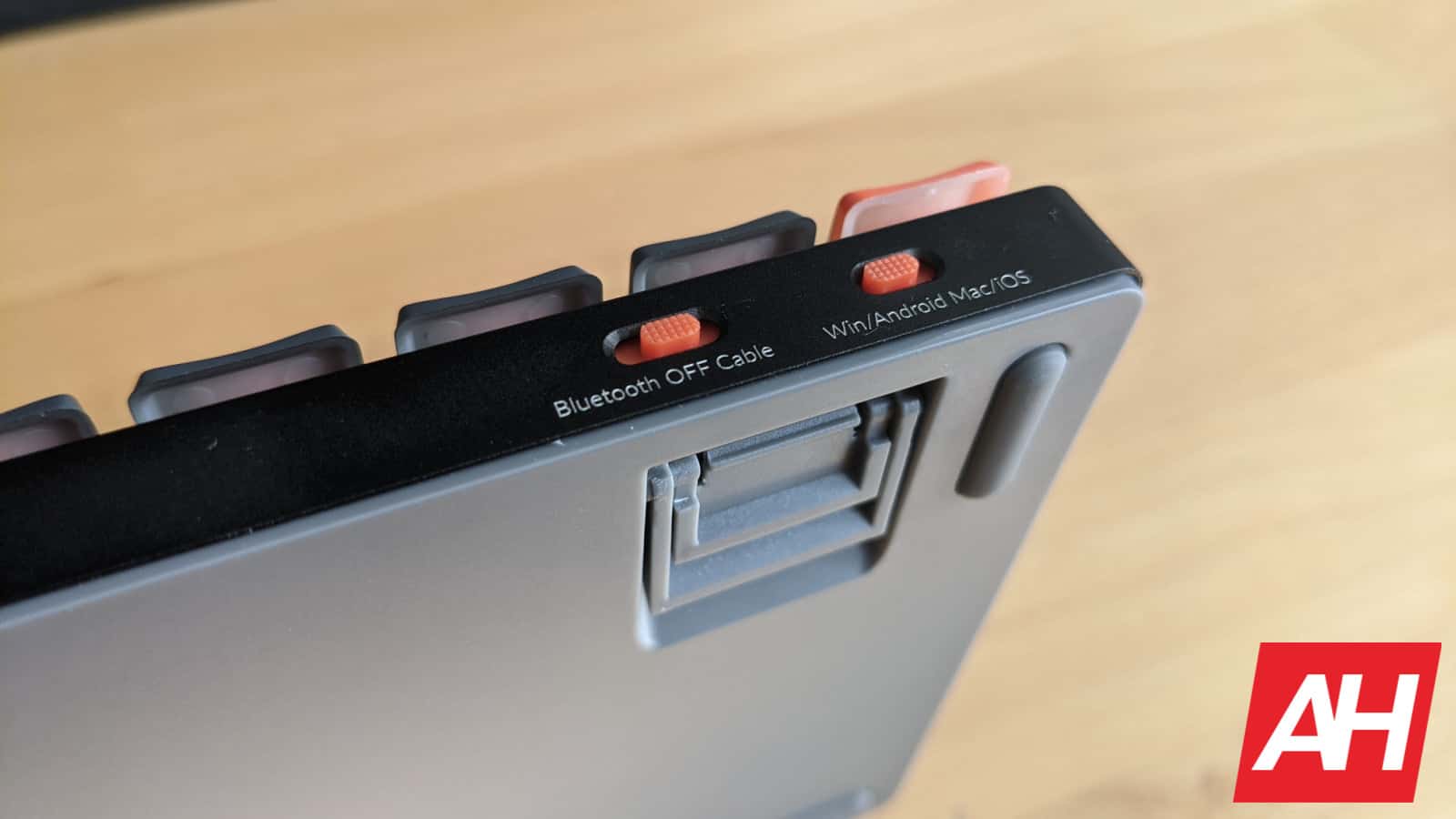 There’s not much that needs to be said here other than yes. Yes you should buy this keyboard if you want something wireless and not specifically gaming-related.

If it needs to be something from Razer, SteelSeries, or any other brand that makes gaming keyboards with special gaming features, then maybe look elsewhere. But if you don’t need any of that and you just want a really good keyboard that can be used for games, this is an excellent choice for your money.

It’s only $75 so it doesn’t cost an arm and a leg. It works with Windows, Mac, Android, and iOS, and it’s ultra-slim, lightweight, and super portable. Making it perfect for phones, tablets, laptops, and desktops. When you get down to it, Keychron has outdone itself with the K3. And while I won’t call this the absolute best keyboard on the market, because there are a lot of really good ones out there that could easily fill that spot, it’s certainly a contender for it.