Instagram wants to show you more “suggested posts” in your regular feed. The company is testing a way to mix recommended posts from accounts you don’t follow in between the photos and videos from those you follow. And to ensure that users aren’t seeing suggested posts that don’t interest them, it is also introducing new controls that let them add specific topics as their interest.

A new snooze feature will also let users turn off recommendations for 30 days. This will completely hide suggested posts from the Instagram feed. Users will only see photos and videos from accounts they follow for the next 30 days.

Introduced in August last year, the Suggested Posts feature shows additional content to users from accounts they don’t follow on Instagram. These posts are tailored based on the users’ interests, which the app determines on its own by using algorithms, of course.

However, the suggested posts only appear after users have seen everything from people they follow, i.e. after they have scrolled through all the posts to hit the “You’re all caught up” message, which itself arrived in July 2018. It appears people have responded to this feature positively. The company now wants to show more such posts to users by mixing them throughout their primary feed.

Depending on how many accounts you follow and how frequently they post on Instagram, it’s quite possible that you never end up scrolling through all of the content to see suggested posts. With the upcoming change, you will see posts from both accounts you follow as well as those you don’t in the same feed.

This is Instagram’s latest attempt at keeping people on its platform. With this feature, your Instagram feed will never come to end. However, not everyone will like this change, particularly those who follow a small number of people and prefer to see posts from them only. That snooze feature will let them keep things as it is but having to delve into settings to turn it on every 30 days is not very feasible. It’s unclear whether Instagram will offer users an option to not mix suggested posts into the regular feed. Instead, keep them at their current place at the bottom.

This test will be available to a small number of users over the next few days, or weeks. We will let you know once Instagram rolls out the new feature widely. 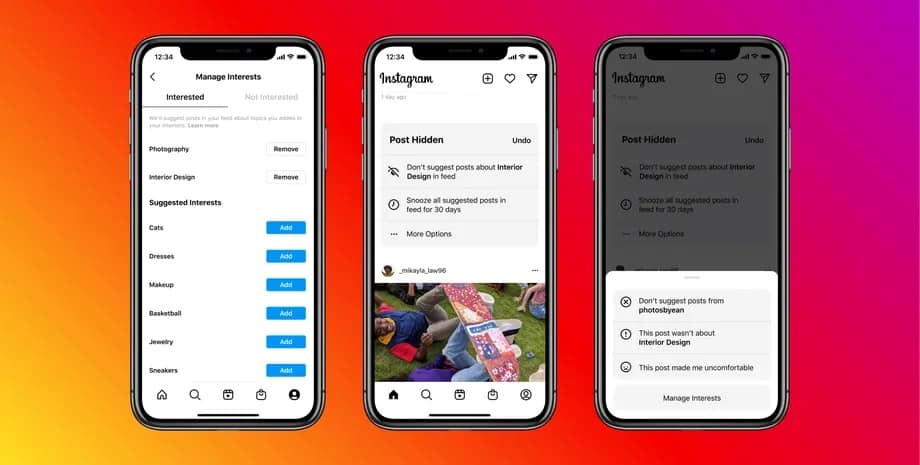