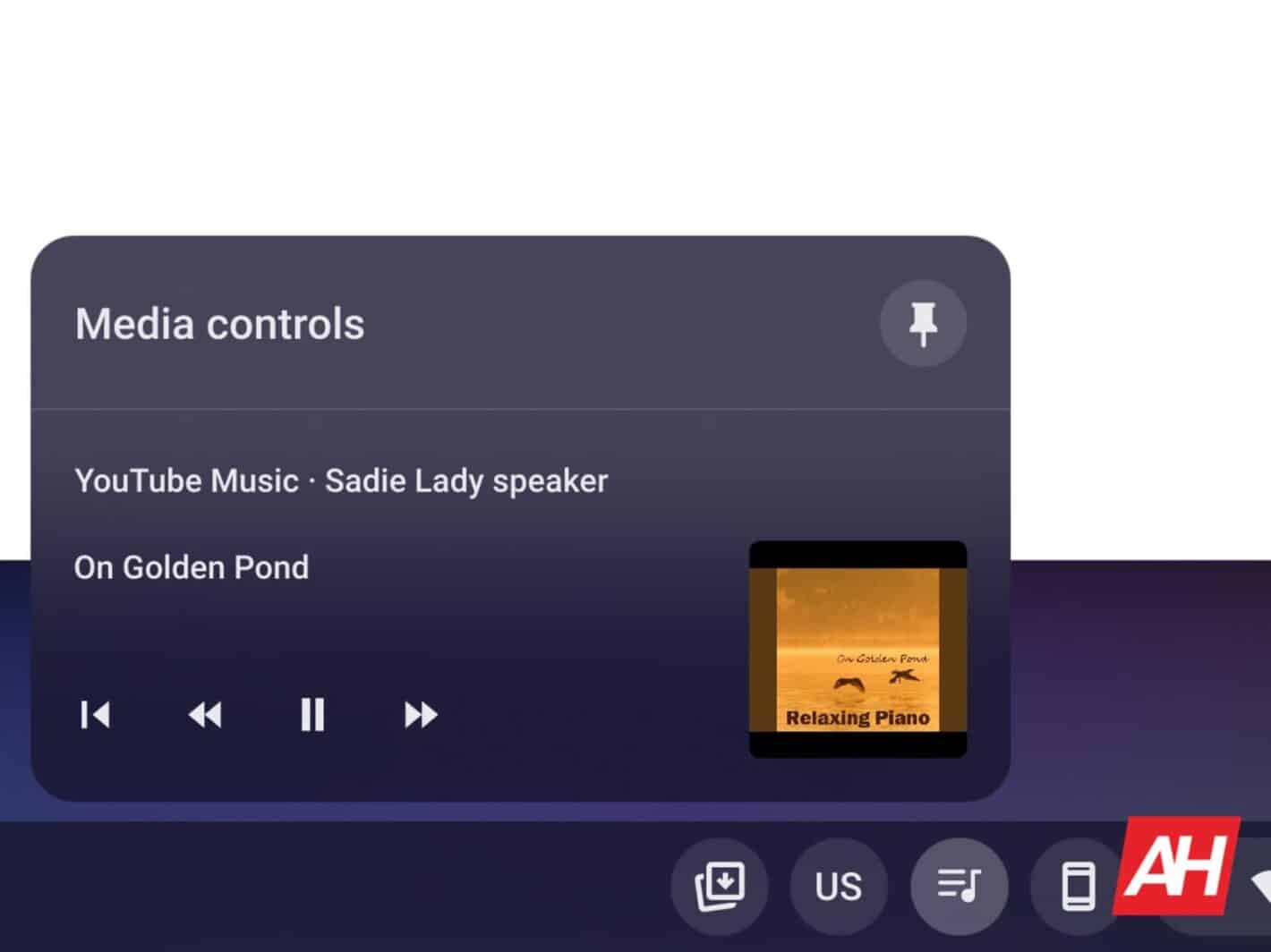 If you’ve ever used a Chromecast device and Google’s Chrome at the same time, you may have noticed the devices’ controls for that appear in the browser — and you may have wanted to turn off or disable that. After all, not all is great about the ability to control any media playback on your Wi-Fi network from the browser.

For clarity, this is the three-line and musical notation icon that appears at the top-right-hand side of the UI in Chrome. That contains a play/pause, forward, backward, and, generally speaking, basic controls for the media. And that’s whether the media is playing via a Chromecast or some other cast-able device. Such as a Nest Audio or similar smart speaker or hub.

In any case, this guide is here for just that purpose. Providing a set of steps to, albeit via an unofficial method, disable Chromecast controls in Chrome.

Why would you want to turn off Chromecast Controls in Chrome?

Having Chromecast controls show up in Chrome, whether on desktop or on a Chromebook, can be incredibly useful. Especially if you want to be able to maintain some control over the smart home devices. While your working, for example. But, of course, that comes with caveats.

Mostly, that’s because that means that anybody else on your network can control media playback too. So if there’s a kid or teen on the network who could potentially interrupt playback, that can get annoying. Or if it just becomes annoying seeing an icon with the playback controls when you’re using Chrome in general. And those sometimes even appear as a notification on Chromebooks. Which is arguably even more obnoxious.

Fortunately, there is actually a way to turn this off. Although it will require some navigation through the experimental settings for Chrome. And that, in and of itself, has the potential to cause problems.

Regardless, that’s what we’re here to guide you through. So let’s take a look at how to disable Chromecast controls for Chrome.

This is experimental, but easy enough to accomplish if you know where to look

Now, before continuing, it’s important to note that as stated above, this method for disabling the controls in question is experimental. It may be more accurate to call it “deactivating” than “disabling.” So this method isn’t for everybody. And not every user is going to want to fiddle with underlying experimental features in Chrome.

In fact, more accurately still, this method requires users to turn off core functionality in Chrome. So, as we’ll discuss momentarily, it isn’t without risks. For those that want to continue regardless, though, it is incredibly easy to accomplish. 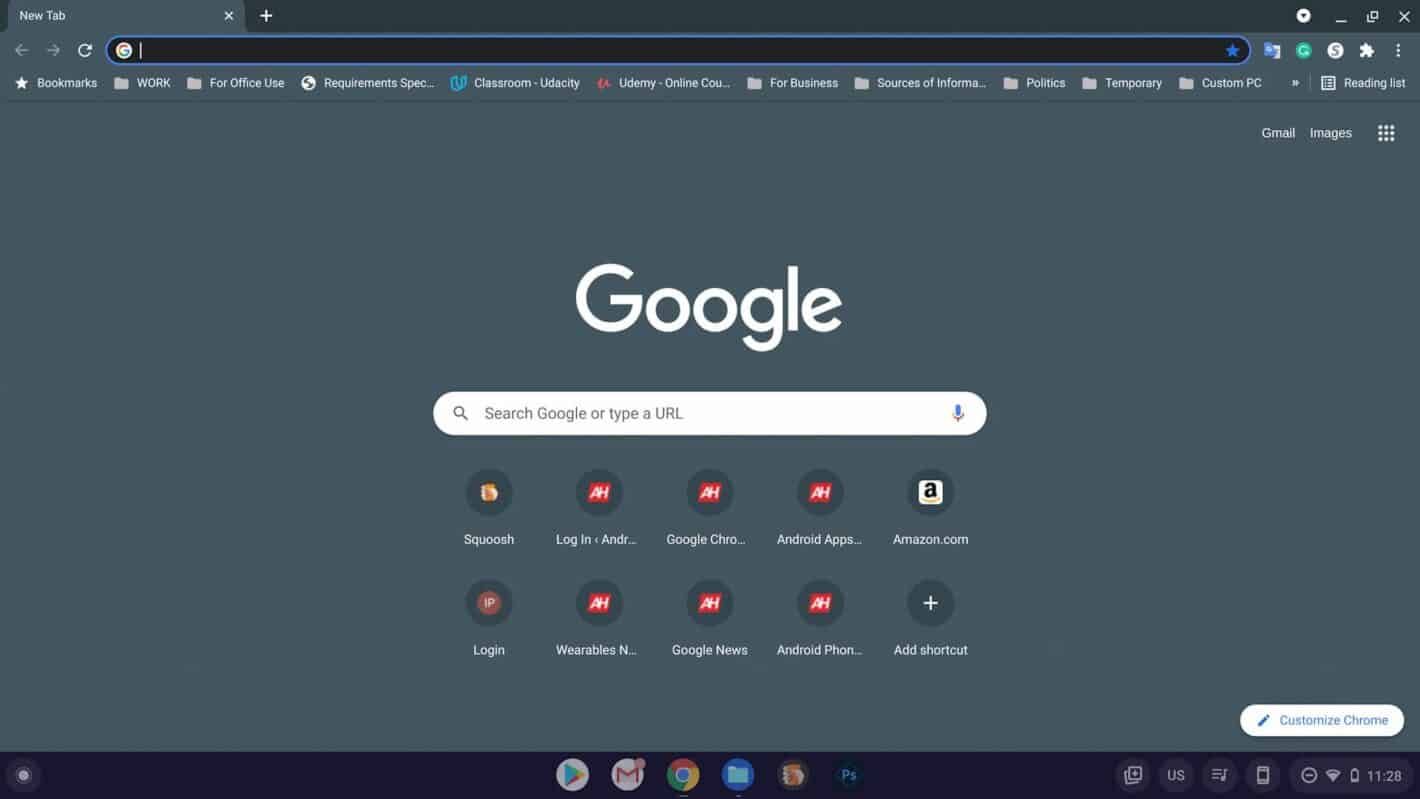 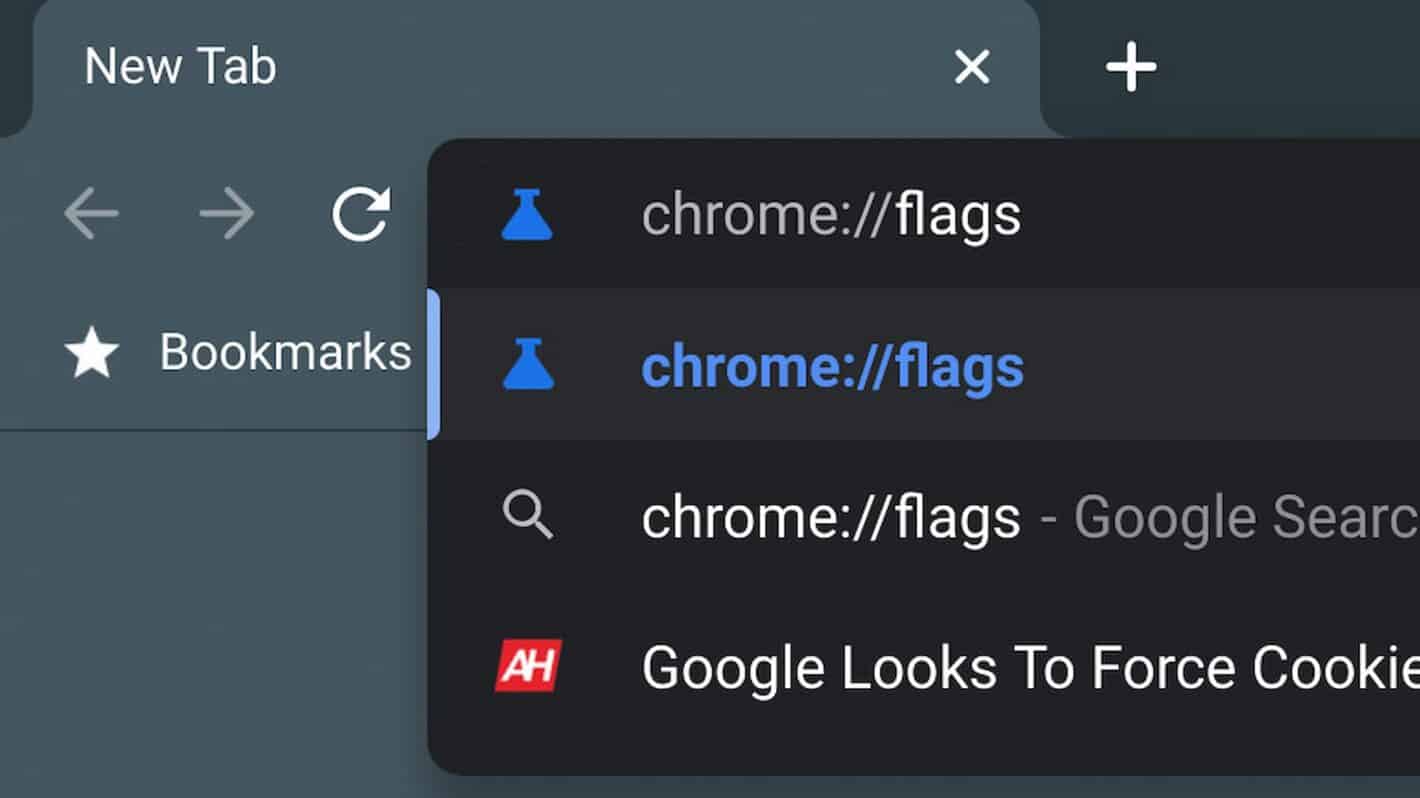 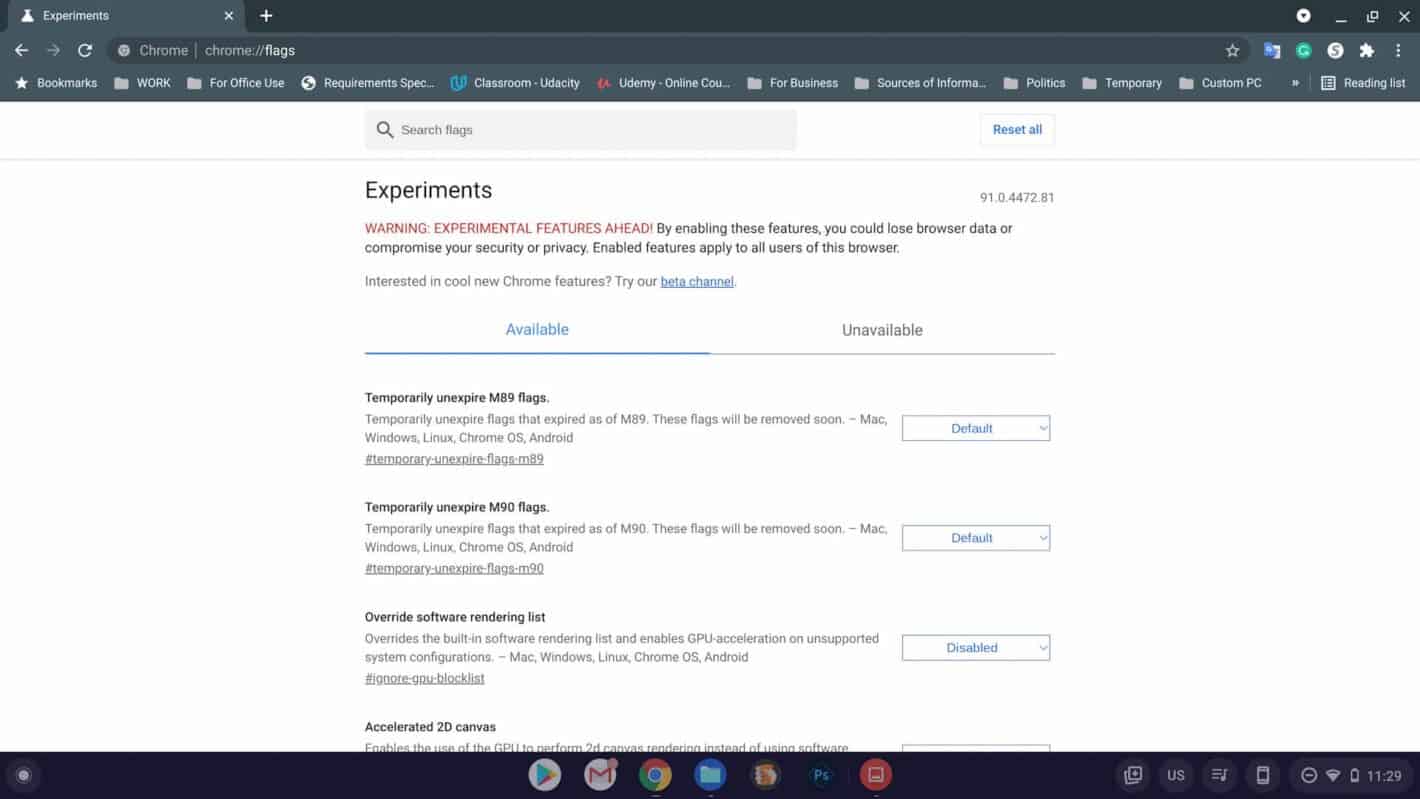 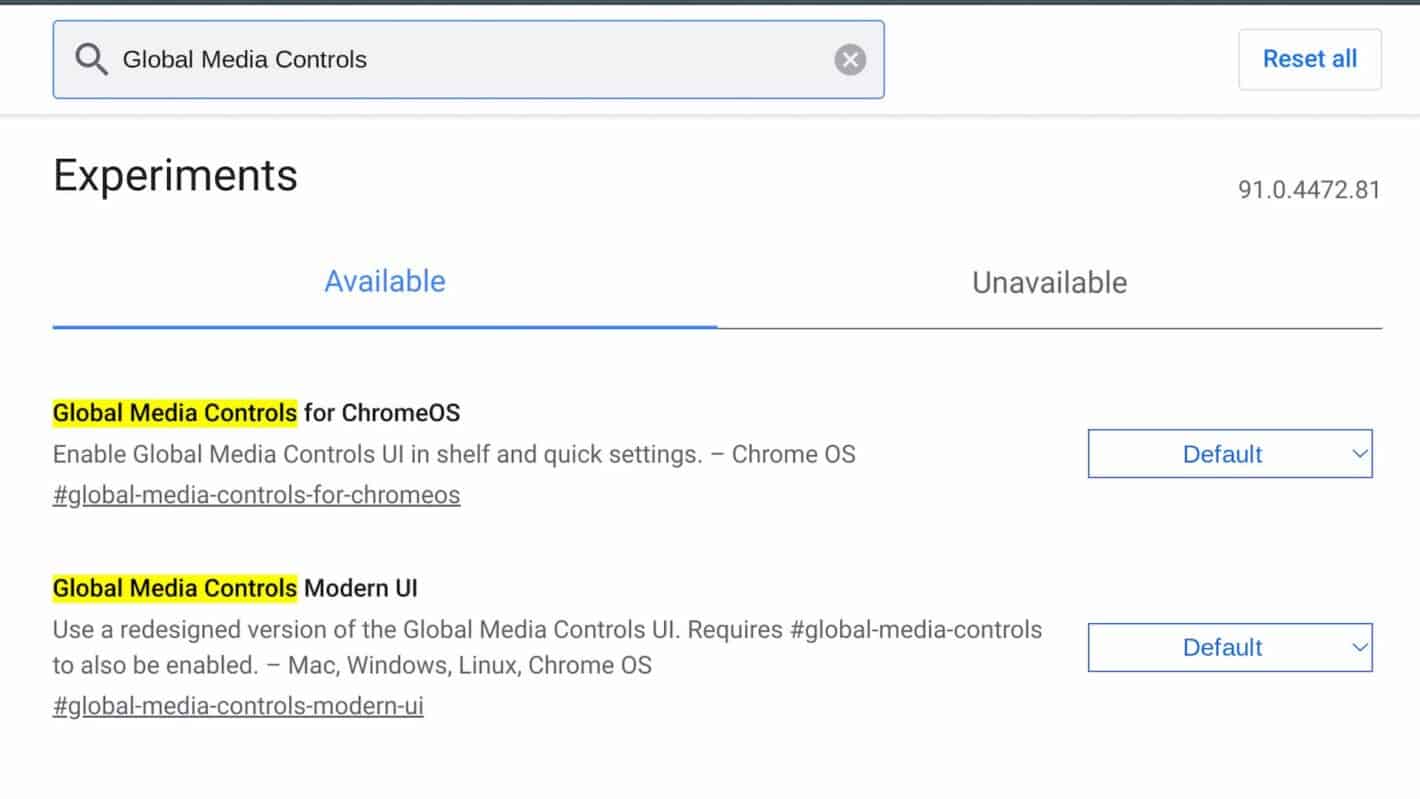 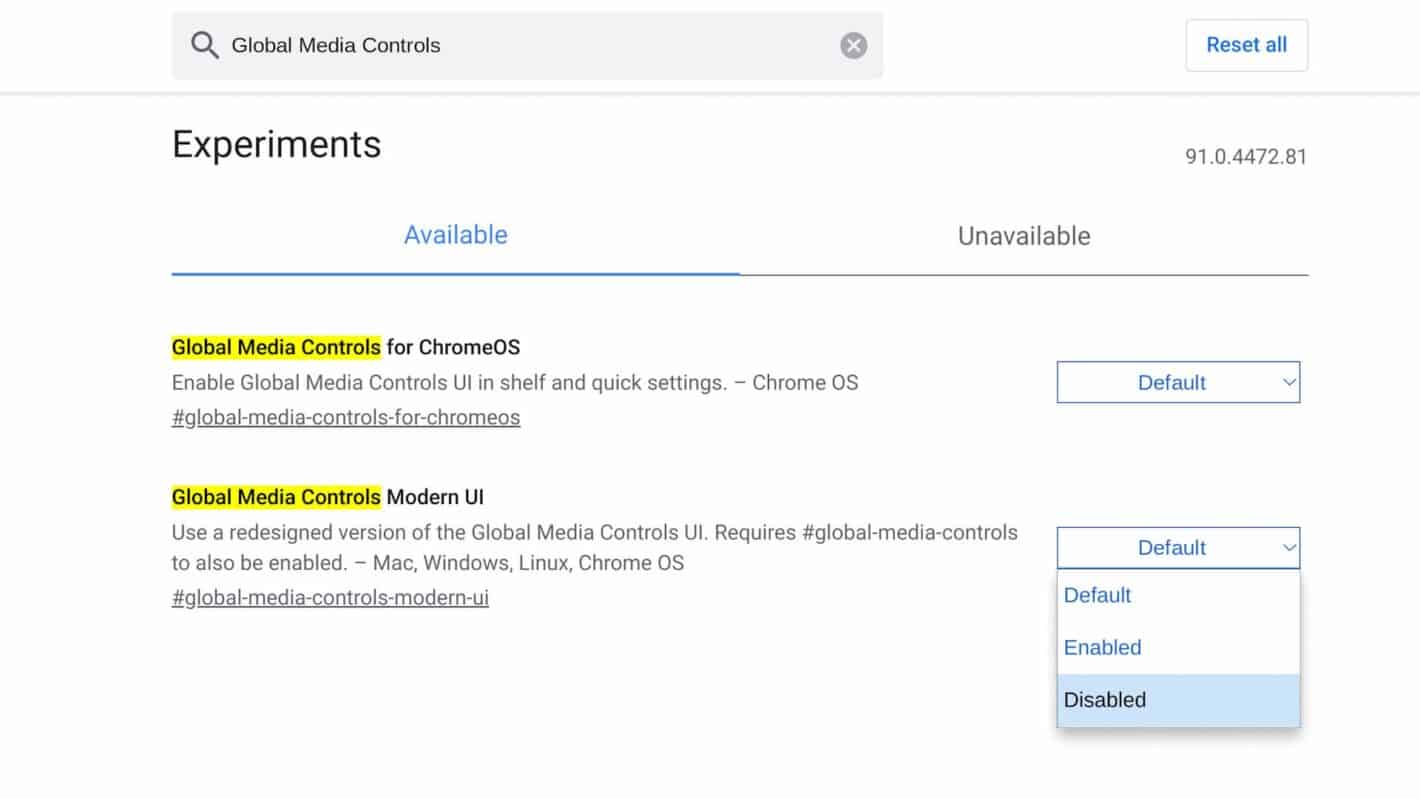 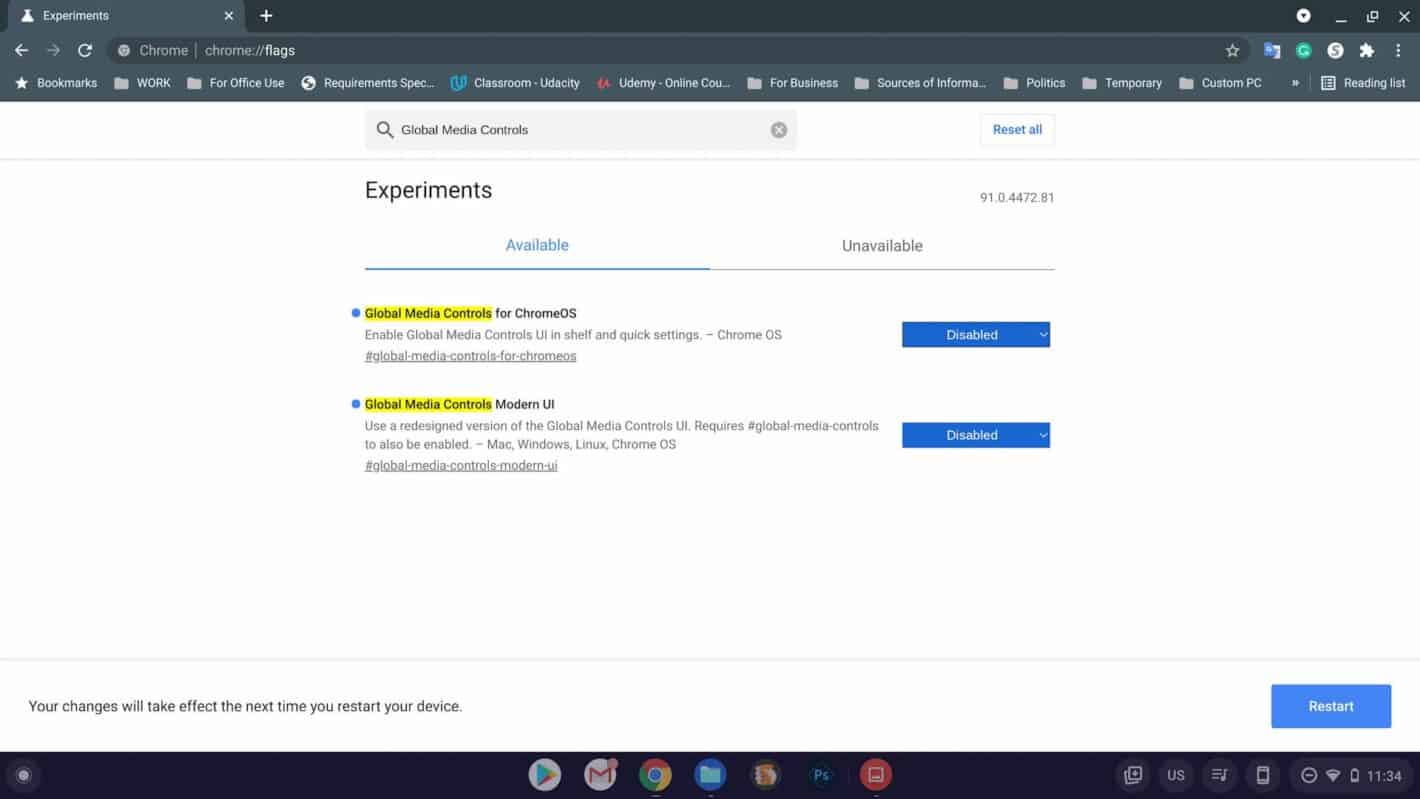 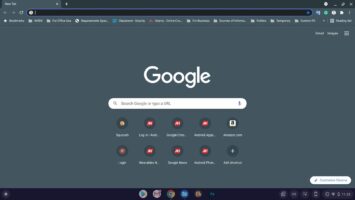 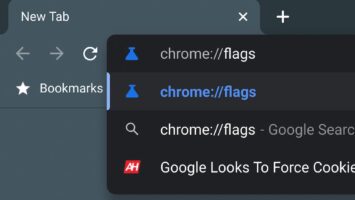 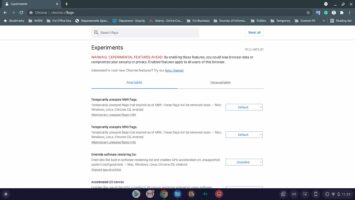 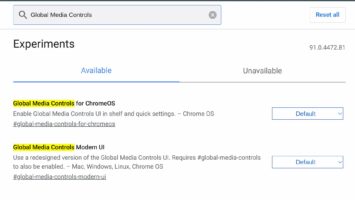 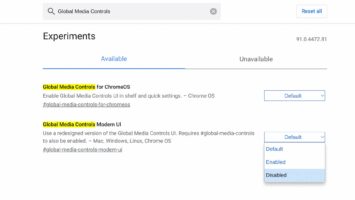 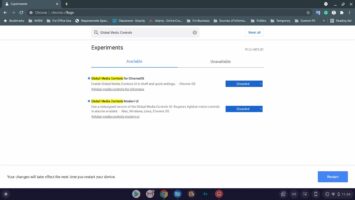 What about on a Chromebook?

Now, on a Chromebook, the exact steps noted above will be followed. But there are also two flags that need to be turned off instead of just the one. Both will appear with a search of Google’s “chrome://flags” URL for “Global Media Controls.”

The second flag that needs to be turned off — namely, set to “Disabled” — explicitly for Chromebooks is “Global Media Controls for ChromeOS.”

Otherwise, the steps will remain exactly the same for both traditional desktop platforms — Mac, Linux, and Windows — and Chromebooks. As shown in the images above, our example guide was performed on a Chromebook. The Global Media Controls for ChromeOS option will likely not have shown up on other platforms.

Once deactivated, Chrome OS will no longer show the media playback controls for Chromecast devices.

The steps for turning off media playback controls in the notification shade for Android are different. But they are equally easy to perform if you know where to look.

First, users will need to navigate to the Settings menu for individual devices from the Home app. Namely, by opening Google Home, tapping the device that needs to be controlled, and then selecting the gear-shaped settings icon. Then, in the “Recognition & sharing” menu, users will need to turn off the “Let other control your cast media” option.

Conversely, you can also turn those on or off for an Android device, individually.

There are two methods to accomplish that. First, when a notification is showing with media controls, users can tap the gear-shaped “Settings” icon on the notification. Then, users can turn off the “Show remote control notifications” option.

Secondary to that, users can also navigate to the “Settings” app on their smartphone. And then to the “Google” option in Settings. From there, navigate to “Device connections” and then “Cast media controls.” Look for the “Media controls for Cast devices” option. Turning that off will stop the notifications and related media controls.

Any drawbacks to turning things off this way?

Turning off this feature, as mentioned earlier, likely seems like a small change to make in the top-rated browser from Google. But it’s important to note, again, that this method for turning off casting controls is not official. At the very least, not in the sense that it’s meant for use by everybody.

The Chrome flags menu is primarily meant for developers to test features prior to release on the Stable Channel. Or, in some cases, they are intended for developers after stable release. And that’s something Google is working to change, at least for some experiments. Bringing more of these features to a wider array of users. Specifically, via its upcoming Chrome Labs feature. But, even in that upcoming change, the search giant hasn’t included this particular experimental setting yet.

That seems to imply that casting controls are part of the deeper Chrome experience and, as a result, more deeply embedded in the core functionality. As a further result, turning off the feature could potentially cause some fairly massive problems. Albeit, not every user will necessarily see those issues or this guide likely wouldn’t exist, to begin with.

That holds true even more so for Chromebooks since Chrome is an integral part of the OS itself.

Bearing that in mind, those that encounter any issues after they disable Chromecast controls in Chrome should reactivate it. The potential annoyance of having the feature active is likely less than the potential harm caused by a misbehaving browser.

Will Google ever give Chromecast controls more accessible settings in Chrome?

On a final note, the fact that the feature can be turned off still in flags seems to imply that Google isn’t finished with it yet. So it may evolve over time to be less intrusive, less annoying, and potentially more personal. Or Google may plan to include settings for controlling the UI more granularly. Potentially in the Settings menu in Chrome or on Chrome OS.

For the time being, there’s no guarantee that Google will, of course. And the company may not actually plan to do anything more with the feature at all. The flag may well still be in place solely to allow developers to turn it off. In case the feature is causing issues with their extensions, sites, or web apps. Or, more accurately, in case developers’ apps aren’t playing well with the feature.

Regardless, Google may or may not choose to make this feature more accessible in terms of user-defined control. And, equally importantly, the Chrome flag setting in question might not be around forever either.

Typically, once a feature is finalized, Google removes the associated flags. If and when the search giant does so for this feature, it will effectively be cemented in place. Users won’t be able to turn it on or off anymore. Instead, it will remain a part of the Chrome ecosystem until Google changes it or removes it.